The ten songs on the Saturday Sampler November 4th have two things in common. First, a retro vibe filters across each and every one of them with some tunes recalling great bands of the past and others taking classic genres into the future. Second, they are all filled with fantastic stories. A few are cinematic in nature, others are optimistic, and some are overt political and social statements of our current times. So sit back, relax, and enjoy today’s compilation of new music.

Sunflower Bean – “I Was A Fool” (Brooklyn, USA)

A year ago, Sunflower Bean released their debut album, Human Ceremony, which felt like one of those special compilations that Columbia House used to include in their “9 CDs for a penny” promotion. From classic rock to psychedelic to punk-rock, the LP was the ’70s reincarnated. The band, though, didn’t merely resurrect the past, they reinvented it, making Human Ceremony one of the most acclaimed records of 2016, including making our Favorite Albums of the Year list.

The Brooklyn-based trio are back with some more exciting news. Yesterday, they announced they have signed with ultra-super label Mom + Pop Music, and to celebrate the occasion they’ve dropped a brand new single, “I Was A Fool”. For those who grew up listening to Fleetwood Mac will think they have been transported back in time. You’ll think that Stevie Nicks, Lindsey Buckingham, and Mick Fleetwood were standing before you. Julia Cumming’s vocals is richer and more lush than ever, hovering in the same dreamy atmosphere as Stevie Nicks. Nick Kivlen offers some easy melodies with his guitar while adding his own voice. The interplay between the two is fantastic, as they offer the perspectives of two separated lovers on what went wrong. This tune is an absolute instant classic. We may as well anoint Sunflower Bean as this generation’s Fleetwood Mac.

Are you sitting down? If not, you should before you hit play to B O K E H‘s new single, “Great Heights”. This song is the definition of heavenly. It is breathtakingly gorgeous, where for nearly four minutes you feel like you’re hovering high in the sky and watching the world unfold beneath you. Or possibly you might feel you’re on a boat in the middle of the sea and breathing in the fresh, ocean air with nothing to interrupt your peaceful solitary.

Chloë Lewer’s song, though, is much more than this. As depicted in her video, which was filmed in Berlin and the Canary Islands, the story is about the lives of three women and how they cope with loss and how they remember the forgotten. It’s worth investing the time to watch it.

Dutch quartet Canshaker Pi may be a part of RIP Records‘ Introduces Series, which can be ordered here, but we’re going to back ourselves on the back for already knowing them. Their single, “Indie Academy”, reminded us of the quirky and catchy indie rock of Pavement. Their new single takes a bit more of a serious and has a more modern tone, but it showcases a band just starting to reach its potential.

“Pressure from Above” is a gnarly little indie rocker that will have heads waving and hips shaking. The searing guitars and the pummeling drum line are classic indie rock, which will sound even better in a live setting. While the track doesn’t quite mirror the sound of Stephen Malkmus’ outfits, the band channels his witty nature in the lyrics. If you’re down in the dumps, you might wish to listen to what the band has to say, as they’ll pick you up and have you ready to take on the world once again.

The Claremonts – “This Is Your Life” (Manchester, England)

RIYL: The Verve, Oasis, Echo and The Bunnymen

Could Manchester quartet The Claremonts be the next The Verve or Oasis or at least reach the same heights as Echo and The Bunnymen? This might be a bold question to make, but this young band surely has the potential. Like these three great bands in their youths, The Claremonts combine an edgy and emphatic indie-rock approach with thoughtful and personal songwriting, and all this is exemplified on their new single “This Is Your Life”.

This tune could be – or should be – the anthem for today’s younger generation. The instrumentation is terrific, as the guitars, bass, and drums are executed with an intensity that reflects the angst and anger of a group of people that has been asked to conform instead of be themselves. Front man Finn Gildea’s vocals, too, are explosive, and they rise to a piercing wail as the song builds. His lyrics could be the story of anyone, though – young and old alike.

We’ll be following this band for a long time, and we encourage everyone to join the bandwagon before they explode.

About ten to twelve years ago, there was a resurgence in Scandinavian pop, as bands like the Shout Out Louds, Peter Bjorn and John, and Johnossi became global sensations. They offered something different from the pop music being produced in North America and other parts of Europe – a summery, vibrant feeling without all the cheesiness. The genre faded slightly a few years ago, but it’s back with a vengeance as the aforementioned bands released new material in the past 18 months. Helping to take Scandinavian pop into the next decade is the arrival of newcomers Insomniac Bears. Literally, they are brand new, as this week they dropped their debut single, “Scenic Drives”.

The song is exactly how the title describes it. There aren’t any hidden meanings nor does “Scenic Drives” refer to anything specific. It is instead meant to make us feel that summer is still around despite the plummeting temperatures. That no matter the weather nor the chaos around us that we can still celebrate how we are, live freely, and enjoy what is around us. So while it might be awfully cold outside, it’s o.k. to open the sunroof, roll down the windows, and take a long, refreshing trip. Like the old adage goes, we only have one life so live it, and let “Scenic Drives” be the soundtrack of your journey.

The song is out now via Fysisk Format.

oddnesse – the project of Los Angeles-based Rebeca Arango – has demonstrated in her short career that she is a chameleon of her art. Her debut single, “Somewhere Somehow”, was a synth-pop masterpiece. It had us excited that the next Frankie Rose was upon us. A little more than year later, she changes course and channels her inner Sharon Van Etten and Angel Olsen, and her new single will leave jaws dragging along the floor.

“I Used To” is spectacularly gorgeous. It is truly one that will have you uttering “Wow” or “OMG”. The song begins with the hum of some organ-like keys, terrific low-key guitar work, and heart-strumming rhythms, and they immediately overwhelm you with emotion. But it’s when Arango’s voice that arrives when you’re entire body goes limp and you’re left awestruck. Her vocals are sensationally lush and warm, and her story is one that will simultaneously cause you to feel heartbreak and hope. This isn’t just a song about saying goodbye, but also one about a woman realizing that this new chapter offers something exciting.

“Here I go again on my own,
Whitesnake on the radio
Nothing but desert behind me.”

While Marie Fjeldsted has been performing as Penny Police for three years now, 2017 has been her coming out party. Through her mix of darkwave, trip hop, and electro-pop, she has emerged as a favorite of Denmark’s independent and underground scenes. If you don’t know her name, you will after hearing “Train Talk (Don’t Ask Me About Love)”.

With the mysterious sensuality of Portishead and the brooding hypnotism of Massive Attack, Fjeldsted delivers an enchanting and suspenseful number. The low throb of the beats are like that of a train passing through the still of night while Fjeldsted’s whispery vocals belong to the person who you think is watching you. The person that is tracking your every moment and seeking to make you theirs.

The song is taken from Penny Police’s forthcoming new EP, which arrives early in 2018 via Antiphonics.

Ron Gallo – “Sorry Not Everybody Is You” (Nashville via Philadelphia, USA)

Yesterday, two of indie rock’s great, under-the-radar artists released a split single, which is why we’re simultaneously sharing Ron Gallo‘s and Naked Giants‘ new singles. There are similarities between the two songs – both are classic rock tunes and the two deliver politically-charged songs to reflect the weird and wacky world we currently live in.

On “Sorry Not Everybody Is You”, Gallo delivers a groovy, garage-rock number that takes on white supremacists head on with his witty lyricism. He essentially calls out the “alt-right” for their hypocrisy and hate propaganda. There are so many great lines in this one, such as:

“Why does it bother you so much,
Who another decides to touch?
Why does it trouble you so bad,
Who a stranger loves?
Are you just upset it’s not you?”

Meanwhile, the Naked Giants – who are comprised of Gianni Aiello, Grant Mullen and Henry LaVallee – address how “The Age of Information” has led to the stupidifaction of the human race. From the internet to talk radio to Fox News, there is so much noise and the information being shared is indeed, as the band says, frightening. If you’re like them and us, you probably have found yourself frequently changing the radio station. You won’t, however, want to change the dial for this song because the Seattle-based trio have delivered a gnarly rock ‘n roll number that would make the Rolling Stones immensely proud.

Grab the split single on Bandcamp for the expensive price of name your own.

Young Galaxy have developed a reputation within the Canadian music scene for creating lush electronic music that could played in one of Montreal’s high-end clubs or enjoyed peacefully in one’s bedroom. Like a lot of electronic bands, their overall talents, particularly Catherine McCandless’ songwriting, often gets ignored. With “Elusive Dream”, however, no one can ignore how create her lyrics are.

As a sultry, almost soulful vibe hovers in the air, McCandless turns the intimacy into a quiet political protest. This “Elusive Dream” isn’t about falling in love, but the aspirations of people to have the basic necessities, to be free from hate, and to be loved. So before thinking this is another romantic ballad, think again and imagine what it’s like to try to survive each and every day.

“A fantasy, our desire to be heard,
To live for three words.
It’s been the same thing,
Everywhere and every time.” 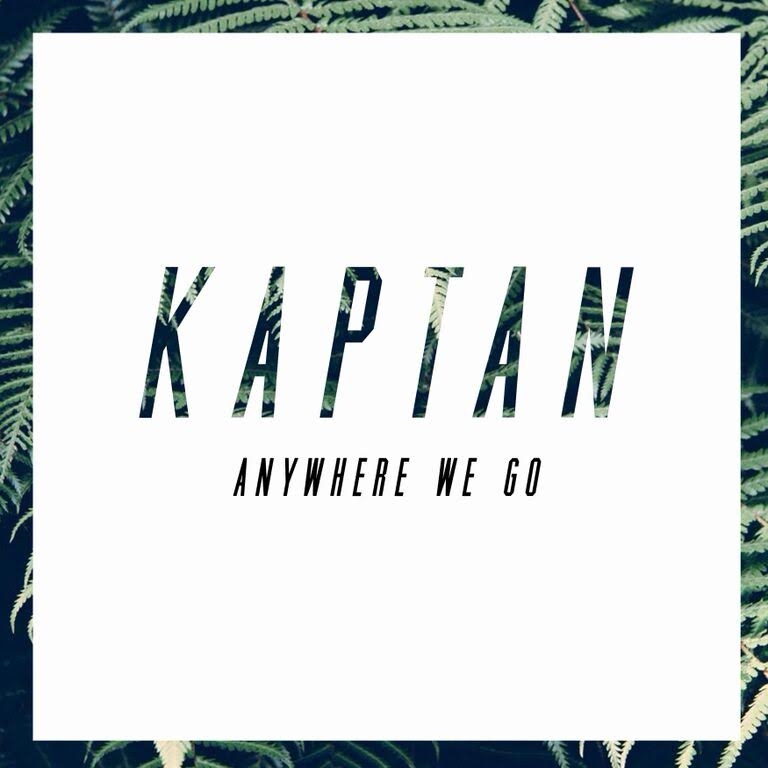 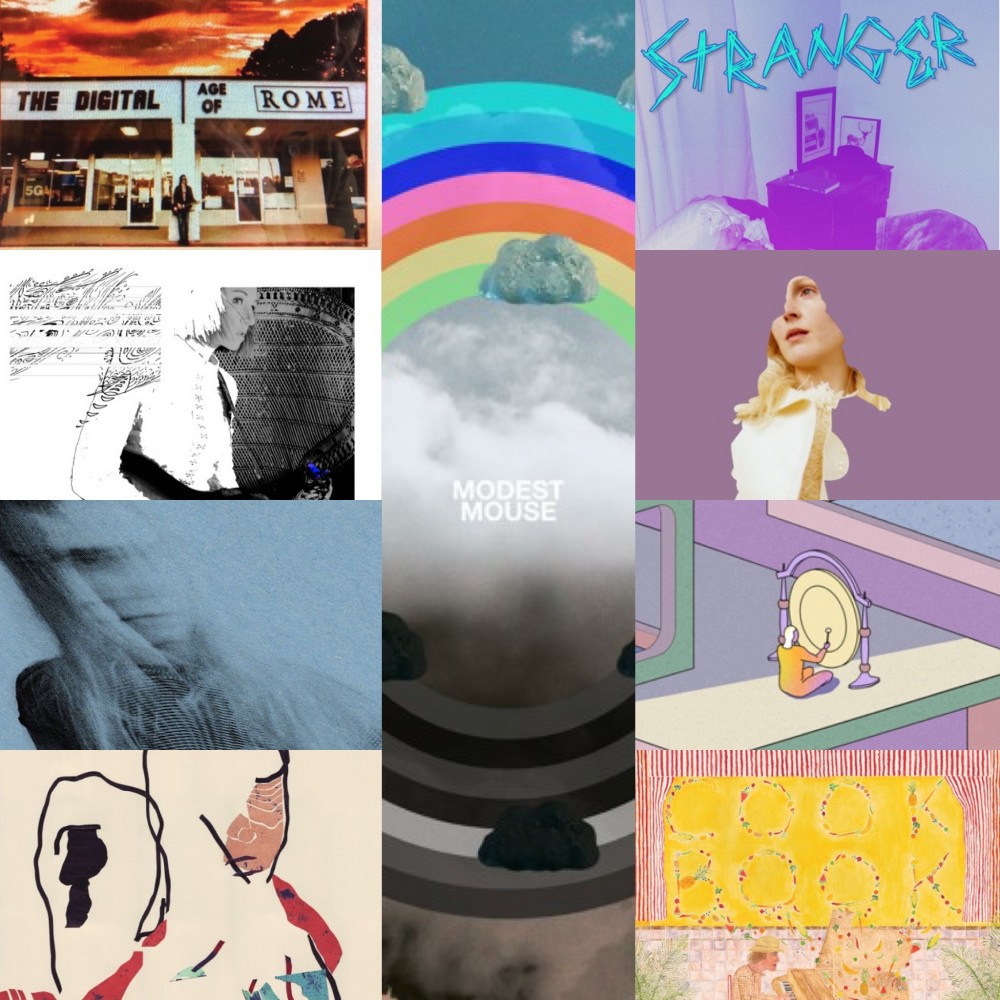