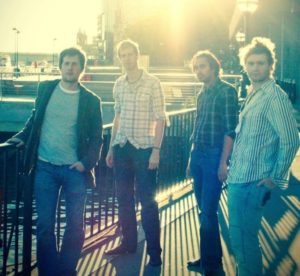 It’s rare to find a band that hits its stride immediately, which is what Lahayna accomplished with their debut single, “In the City”, back in 2007, achieving UK music history by reaching #33 in the Official UK Singles Chart, despite being unsigned and with no radio airplay or industry support. The band’s bassist, Chris Church, explains:

“We built a dedicated following around the UK by taking our music direct to the people, hitting the streets armed only with iPods to play songs to the unsuspecting public. Following the success of ‘In the City’, we locked ourselves away at The Way studio, Hackney, to record our hotly anticipated debut album.”

So, it’s 2017 now – what kept them? Sadly, fate was not kind, and the album was lost. But not to be discouraged, they’ve resurrected their music and to celebrate the 10th anniversary of “In The City” they’re releasing their self-titled album on 20th November.

Opening with a cheeky percussion break, “Save My Soul” sets out Lahayna’s ’60s vibe. If the Monkees and the Rolling Stones had a love child, this could be its musical introduction to the world. “Losing Battle” brings horns to an oh-so-slightly soulful, oh-so-slightly jazz mix, maintaining dance-floor energy and rapid-fire lyrics. Meanwhile, the opening chords of “Butterfly Bomb” evoke images of “Jumping Jack Flash”, making it a track that everyone must rock out to.

Moving the sound to ’70s soft-rock, “Made Out Of Stone” blends clever guitar licks with soul-rock backing vocals. The guitar is there again in “House Of Cards”, supporting the vocals with intricate progressions before drawing in a warm blend of drum and strings. “House Of Cards” is the single from the album, and it’s heart-warming to know that the band brings a social conscience with their music. Youth suicide prevention charity Papyrus will receive the proceeds from the single. Find Lahayna’s deeply personal reasons for supporting this much-needed cause here.

Bringing it down a notch or two, “When The Lights Are Low”, has a Latin feel. A little bit Eagles, this is definitely a song of love lost.

“I stand strong
Though it’s hard to carry on
With half a soul.
I’ve got to let you go.”

“Set It Off” starts out with a similar, laid-back sound with stories of the confusion of love.

“We turn in circles.
We’re back at the start
Because I need answers
When I ask her the questions.”

But don’t get too relaxed because Lahayna pick it up big time at one minutes and forty-five seconds. It seems they’ve got bored waiting for the answers, exulting ‘”Stand up and fight…Why are you banging your head against the wall?” There’s some gorgeous guitar in the outro, too, just in case we hadn’t spotted that these guys can actually play their instruments as well as crafting a collection of fine tunes.

Maintaining the up-tempo rhythms, “Passenger” has a contemporary country flavour, flowing into the anthem. The band sings, “Won’t be a passenger on my own ride”, which, let’s face it, is a good mantra for anyone contemplating the purpose of their existence. Fading out through military drumbeats and a cappella chants, this is Lahayna in a quirky mood.

If a whole album of new material isn’t enough, the band provides two bonus tracks. Getting their Rolling Stones on again, “Love Is Dead” opens with a riff reminiscent of “I Used To Love Her, But It’s All Over Now” before heading into neo-punk territory. Then, just in case you didn’t catch it first time around, there’s a reprise of “In The City”, Lahayna’s hit from a decade ago. It’s stood the test of time, complete with skilled musicianship and smooth vocals.

This is an album for anyone who likes a bit of retro in their music, but appreciates a contemporary take on it. Vocals are superbly enveloping, but surprisingly edgy when an added crunch is called for. There’s a wealth of beautifully arranged and excellently executed backing vocals too. And oh! That guitar!

Lahayna also like to share, so they’ve got a competition on the go for you to win some free artwork. Take a look here and maybe bag yourself a piece of wall candy.

Lahayna is released on November 20th on Snakehand Records. Pre-order your copy here 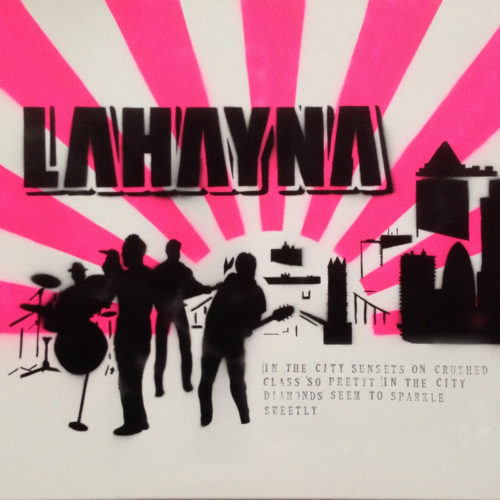