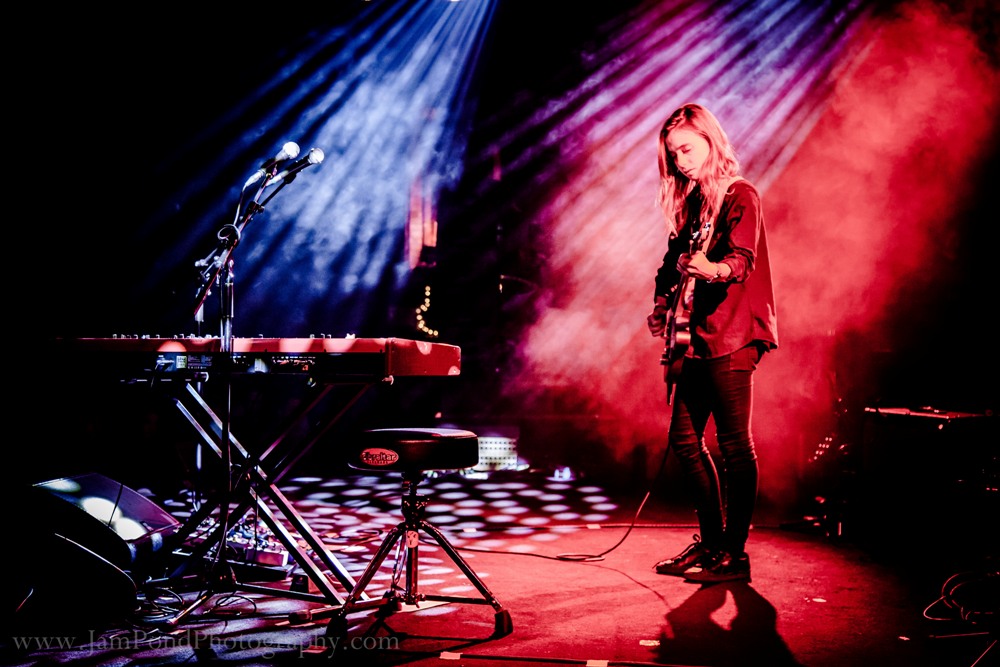 The Union Chapel is found in the middle of a Georgian terrace of houses and set back from Islington’s busy Upper Street. The venue is as it appears – a church with high-arched ceilings, lofted galleries, stained glass windows, and ancient pews and pulpit. It has, however, an upstairs bar and a stage where the altar would have been. The lights that beam down from the heavens are powered by electricity.

The venue is certainly different and people attending concerts there give it the reverence that it deserves. I arrived about 15 minutes after the doors had opened and it was already half full. The sell-out audience wanted to make sure they had time to absorb the atmosphere before they were treated to two intimate performances from singer-songwriter friends Katie and Julien.

Scotland’s Katie Malco struck me as the sort of person everyone would like to have as a friend. She was full of thanks to Julien for letting her play. Katie joked about not having any merchandise to sell (although she did have some of her boyfriend’s) and told the audience that they were all good looking (even though the lights meant she couldn’t see anyone). 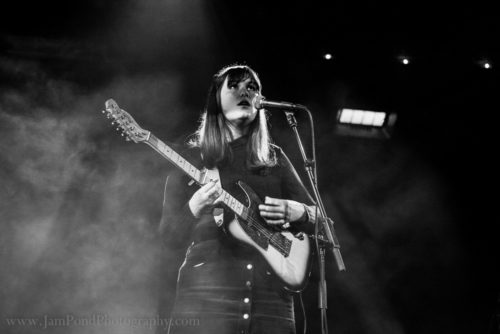 She plucked chords on a right-handed guitar upside down, like Hendrix. But that was where the rock comparisons end. Her voice is pure and simple and reminded me more of kd lang.

At one point, Katie introduced a cover of a Jimmy Eat World song by saying she was trying to write a new tune and realised she was rewriting their song. So she decided it would be better just to play that. 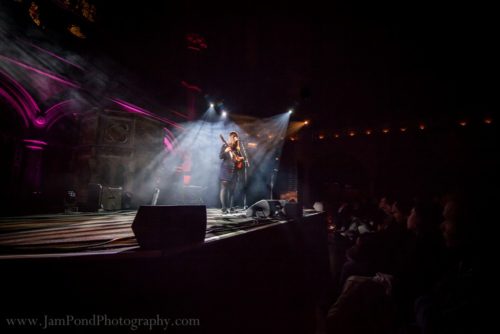 Katie also told us how one song was so new that it didn’t have a name and that she really should be playing it on piano. Other songs included “Brooklyn” – a tale about a friend in New York and how that friend was living out their dreams. We were also treated to Katie’s one and only Christmas song, given that it was her last gig of the year and that we were in a church. She asked the audience not to turn on her before she started. We didn’t and by the end of her short set, she had the audience entranced.

Memphis’ Julien Baker is diminutive. She came on stage past the stone pulpit to face two mics – one set for her to sing into when playing her electric guitar and the other placed to capture her voice whilst playing a large red keyboard. 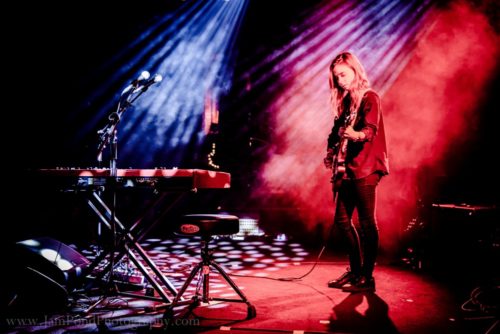 Her songs are fragile, but certainly not small. She loops and builds parts and sings over her own backing tracks. Delicate tunes soared through the venue like butterflies and each song felt as if it was stitched together with a spider’s web. Her music has a tangible quality to it, filling the void with tales of her life and complete with anguish, love and loss (read Rich’s review of her new album, Turn out The Lights).

Julien is there to engage her audience. She doesn’t need banter (it was enough to tell us that a fan in Dublin had corrected her use of the word “bad” to “badly’ the night before), nor does she need to move about the stage except when stepping two paces to her keyboard to add the piano parts. 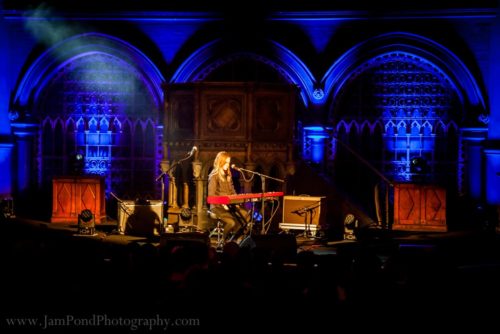 Julien operates in a couple of pools of light and penetrates the big open space full of attentive fans. At times, you could have heard a pin drop. The acoustics in the hall would have made that pin sound like a girder falling from a building site (the front of the building was covered in scaffold). It felt almost sacrilegious to take photos – the muffled click of my shutter cut into the peace and tranquility that Julien created between notes. Those silences lifted her voice through the ceiling when she sang.

Julien’s songbook has the feeling that a familiar lullaby gives. Tonight she absorbed her audience, and they were spirited away in blissful concentration and silent admiration. The perfect venue to showcase her craft.

Thanks to RockFeedBack for inviting TheRevue to cover this gig.