Old and new favorites collide on The Matinee November 17th edition. The mini-playlist has some sweet melodies and heartbreaking ballads plus a few upbeat numbers to get you in a perky mood. Although we usually list the songs alphabetically, we have to start with the return of a young woman who has amazed us when she introduced herself a little more than two years ago.

It’s been a long time since we’ve heard from Keeva, the young woman who stole our hearts back in August 2015 with a voice that to this day is one of our favorites. A voice that simply is unforgettable. While she only officially released two songs in her career, we listed her as an artist to watch in 2017 because she was writing songs with Leon Bridges and his songwriting team. At long last, she has shared her third song, and it’s spectacular.

Sit down, relax, and inhale every luxurious note from “Whiskey”, a smokey ballad that features just Keeva’s incredible voice, a piano, an organ humming in the background, and her poetic words. Akin to the songs that Amy Winehouse once shared, Keeva has written an intimate number about two people heading in opposite directions. About two people having “to let go”. While the story is heartbreaking number, this tune should be experienced like the beverage it is named after – slowly within the quiet confines of your favorite room. Only then can you truly appreciate this young woman’s fine art.

Here’s hoping that long-awaited debut album is coming in 2018. We’ll have to include Keeva in our 2018 Artists to Watch list. She is going to be a massive star, and we cannot wait to witness it first hand.

Andy Pickett has been making music ever since he was self taught on the piano as a check.  He is good friends with James Petralli of Austin’s White Denim so it’s only fitting that White Denim were heavily involved in the production of his new album. His last two singles have been promoted by them.

“Paid” starts off with a groovy baseline, and Pickett’s vocals emerge with some electronic reverb going on. It’s one track that you can’t help but move to as he states, “I wanna get paid – does that sound crazy?” The production is quite stellar on this track with a mix of ’70s disco and, keys and additional industrial elements peppered in.

“Paid” is the second track from his forthcoming self-titled album, which comes out next Friday, November 24th. So if you’ll be doing some Black Friday shopping, be sure to add this record to your shopping cart. Also, White Denim is putting the finishing touches on their newest album – could we possibly see Mr. Pickett as a future opener?

Better start jotting Anna Burch‘s name down as one of 2018’s Artists to Watch because her old-school indie-rock approach and sharp, poignant songwriting are the ideal pairing in today’s indie world. Don’t be surprised if you see her compared to Angel Olsen, Mitski, or Sadie Dupuis, and she will have (actually she has) earned such accolades. Her debut single with Polyvinyl Records, “2 Cool 2 Care”, gave us the first taste of her talents. It was a playful tune about unreciprocated love, but for her latest song she gets a bit more serious.

“Asking 4 a Friend” is a gritty, lo-fi indie-rock tune that feels like two steely eyes drilling holes through the back of your head. Those eyes belong to Burch, who, despite her sweet vocals, is angry and seeking a way to punish you for the things you’ve done to her. For convincing her to come back to you once before even though the relationship sucked. She won’t be tricked again, and this time she’s letting us know the end has arrived. It may not sound like it at first, but after a couple of spins you’ll agree that this is one of the sweetest fuck-off songs you’ll hear all year.

The single is out now via Polyvinyl Records, who will release Burch’s debut album early in 2018. We cannot wait to hear what other surprises she will share.

Several bands made comebacks this year, but this latest one will be unknown to most. Only the most discreet music fan – specifically a person in the UK – will remember Black Gold Buffalo, who originally formed in 2012. Like the vast majority of people, the now quartet are new to us, but they will not be strangers anymore after announcing their return to the indie scene. With a lineup change and a relocation (moving from the South East to the sprawling neighbourhoods of London), BGB are putting the final touches on their debut album that could see them emerge as 2018’s version of Desperate Journalist. Their first single in years, “Pearls Deep”, is definitely a step towards indie stardom.

This post-punk / darkwave number is captivating. It’s absolutely mesmerizing. The first thirty seconds begin slowly with the stark pulses of the bass and front woman Keziah Stillwell’s cool vocals. It then slowly builds into a swarm of exhilarating of dark production tones, glistening guitar strikes, and a drum line that makes us feel like we’re teetering on the edge. Hardcore U2 fans will hear elements of the Irish’s band early-career work, specifically their underrated track “Exit”. There is, however, a more harrowing quality equivalent that streams through “Pearls Deep”, reminiscent of Savages’ more delicate throbbers. Should BGB’s short-term career arc fall between these two bands, then we could witness not only one of 2018’s potentially big surprises but one who also delivers one of the year’s great albums. We cannot wait to find out.

We don’t know about you, but on Friday nights we occasionally like to indulge in some head-flailing, fist-pumping music just to release the stress and celebrate the weekend. Such songs also bring us back memories of the dive bars we often frequented with our mates and participated in the occasional mosh pit or crowd surfing (not that we really did the latter other than hold people up). While some may think there is a dearth of good old-fashion guitar-driven rock and punk music, they haven’t been looking hard enough. Or maybe they haven’t looked to South Carolina, which is where Boo Hag reside.

The project of Saul G. Seibert and Scott E. Tempo, this duo is putting the sludge into underground rock scene, and we say that as a compliment. They call their music “swamp punk”, but no matter the categorization their music is flat out awesome, such as their single, “The Further”. Coming in at a tight 2 minutes and 29 seconds, this song is a mini-riot with its grimy guitar, feverish drum line, and nonsensical lyrics (but they’re fun!). The combination makes “The Further” the perfect tonic for the end-of-the-work-week blues, where a song get make us feel hammered and rejuvenated.

“The Further” is the title track from the band’s new album, which is out now via Wiener Records and can be purchased on Bandcamp.

Swedish quartet Hater have only been around for not even two years, yet they are one of our collective favorites. This band constantly dazzles us with their old-school approach to music, channeling some of the great dream-pop and indie pop-rock bands in history. Their fantastic debut album, You Tried, cemented our fandom for them, as it had everything one seeks in a great record. It was rich and bold, intimate and dreamy, and filled with fabulous songwriting. Whereas most bands would take a break after releasing a record, Hater went back to work.

In October, they released the shimmering single, “Blushing”, which to our surprise was the lead single to their new EP, Red Blinders. The other day, Hater unveiled song number two, and “Rest” is an even more gorgeous tune. The band adopts a slightly different approach with this number, going more lo-fi than their past efforts. The technique, though, works, giving this personal track an even more intimate feeling. As the jangly guitar plucks and the delayed rhythms establish this dreamy soundscape, Caroline Landahl’s lush vocals tell a story about a person taking their final journey. In the band’s own gorgeous and uplifting way, they are saying goodbye to someone. Check that, they are celebrating the life of someone dear. When our day comes, we want this to be played throughout the day.

Hater’s second EP drops December 1st via Fire Records. It can be pre-ordered on Bandcamp.

Not many artists go from Europe to Australia to expand their careers. It is usually the other way around. Although young artist Tuva Finserås has gone from Norway to Down Under, she did bring with her the sounds of the Nordic, as evidenced on her new single, “Pack Of Wolves”.

This song had us saying “Wow!” from the very first notes and then uttering the term again when it was finished. If Maggie Rogers, Agnes Obel, and Icelandic favorites Samaris formed a band with Björk in the producer’s chair, the result would likely sound something like “Pack Of Wolves”. This is the song of the deep winter, as the tribal-like rhythms and the shallow instrumentation create a glacial feel. Finserås’ haunting and ethereal vocals are like the voice one hears in the forest yet cannot determine from where it is coming. And in this environment, there is both freedom and fear, which Finserås beautifully articulates in her lyrics.

“Pack of Wolves” is the title track from Finserås’ forthcoming debut EP, which is expected in the first quarter of 2018 (TBC). She is going to be an artist to watch in 2018.

Thanksgiving is still a week away, but Kevin Parker – the man behind Tame Impala – has given us another reason for us to be thankful. Yesterday, he released his B-Sides and Remixes EP, which is a part of the Currents Collectors Edition, which is out today on Interscope Records.

The EP itself features two remixes and three previously unreleased songs, including “Taxi’s Here”. Unlike the vibrant psychedelic disco that occupied Currents, Parker delivers a song that is equivalent to a late-night drive to nowhere. It is a dark and delirious number that is subtle in its production work. Parker’s voice, too, is soft and delicate, as he takes us inside his mind and the confusion that occupies it. Granted, the song could have been written while he was tripping on mushrooms, but the lyrics feel like a person who feels trapped if not imprisoned. Kind of like how we feel every time we hear a Tame Impala tune, except we don’t wish to escape.

If you do not have a SoundCloud Go account, the entire EP can be heard on Spotify and iTunes/Apple Music.

“Easy To Hate” is the newest track by LA-based VOKES, and it shows a different side to the band. Whereas in the past they’ve shared more indie-pop and electro-rock numbers, this time around they go into a ’70s- and ’80s-inspired R&B and soul approach, channeling their inner Stevie Wonder. Even front man Mike Harris’ vocals have the smooth delivery of the legendary. One thing where the band differentiates from Wonder’s work is that “Easy to Hate” is not a piano-driven tune, but instead the funky bass line is leading the way. That bass line is old-school and just awesome, acting like the lead in a two-person dance and having you sway your hips from side to side.

While the track has an upbeat and carefree vibe, Harris’ lyrics are quite more serious than that. He’s addressing the experience so many people have gone through – the difficulties of two people trying to get through the end of a relationship. Although in this case, his ex still wants to hook up during the weekends, making her “Easy To Hate”.

The song is from their forthcoming, debut EP, Fractalism. 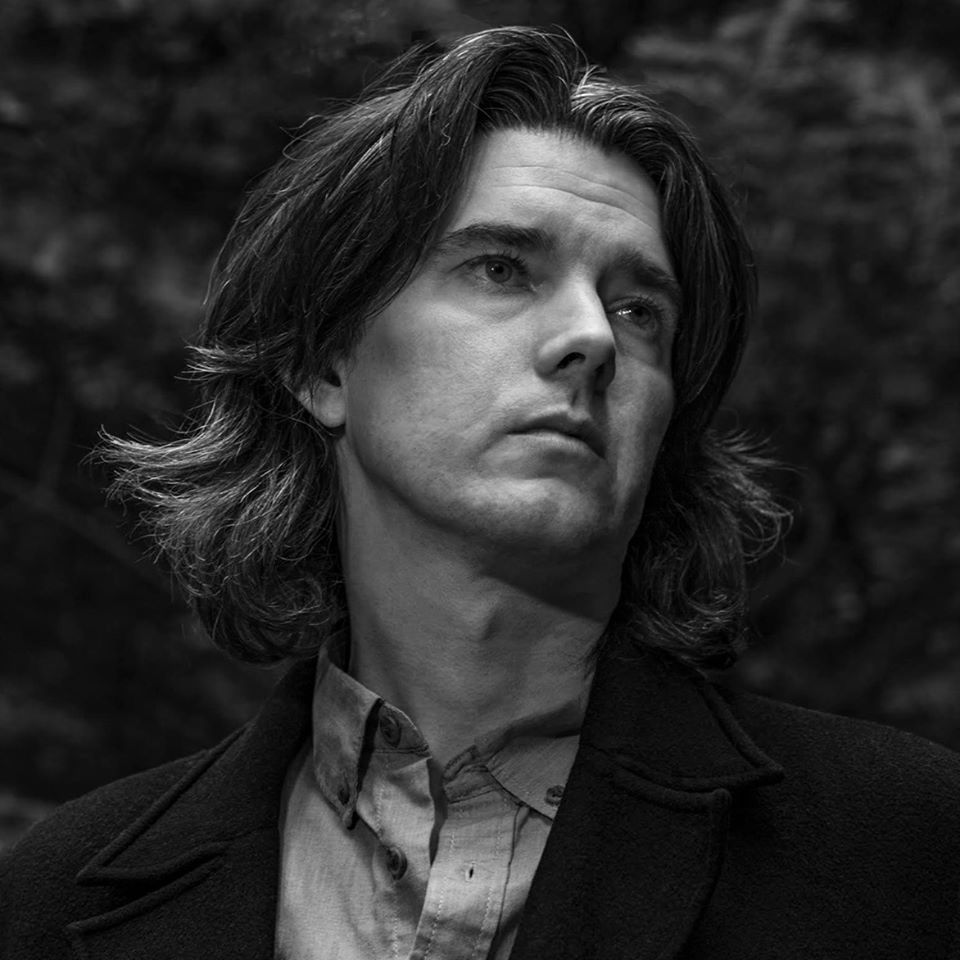