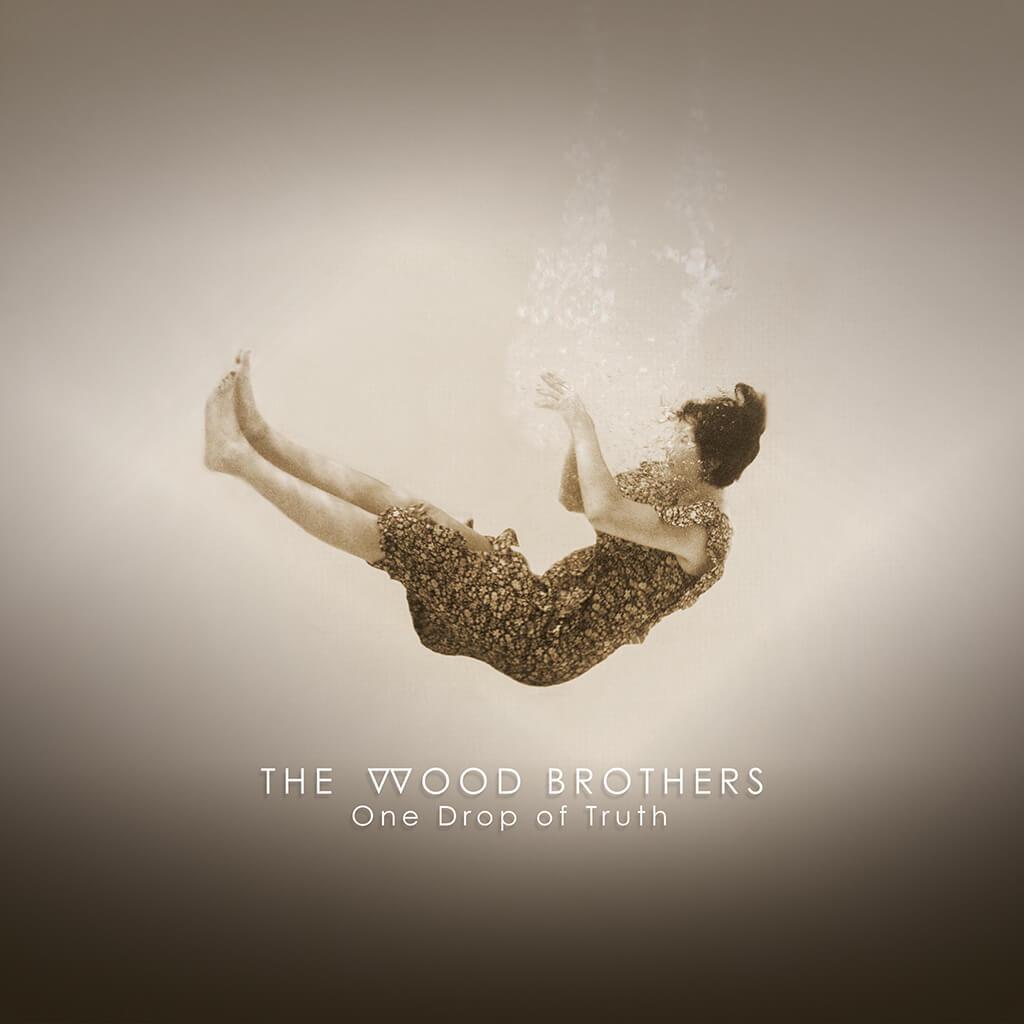 Today’s pre-Thanksgiving serving of new music cocktails is an all-American affair from coast to coast with one tune from overseas. The six songs on the Melodic Tonic ’17, November 22nd edition are from artists we are thankful for, from San Francisco and Seattle to Nashville, New York and Boston, and across the pond in London. Even if you aren’t celebrating a holiday this week, you can still indulge with this mini-playlist.

At this point, there isn’t much we can say about Black Rebel Motorcyle Club that we haven’t already said many times before. So let’s just condense it to three little words: These. Guys. Rock. End of discussion. Well, not quite. Sure, we have sung their praises a few times in anticipation of their upcoming Wrong Creatures album. And yes, we have shared a few singles from that album already, including “Haunt” and “Question of Faith”. But “King of Bones” might be the fiercest track yet.

Lose yourself in the shadowy world of BRMC here, where the churning guitars bring a sneer to your face. Don’t be surprised if you feel like the biggest badass in town when you crank this tune. It’s damn near impossible to feel any other way when you listen to this band.

You can pre-order your copy of Wrong Creatures here. It arrives in January from Vagrant Records. 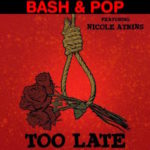 Since tomorrow is Thanksgiving in the U.S., we turn our thoughts to things we are grateful for, including new music from Tommy Stinson. The guy who is best known as the co-founder and bassist of The Replacements has a new 7” single coming out Friday with his Bash & Pop supergroup project.

“Saturday” sizzles with the addition of one of Nashville’s finest voices, Nicole Atkins, on guest vocals. Together they take an otherwise great song and make it positively shine. Stinson’s vocals sound plaintive at times while Atkins balances his rock ‘n roll grit with old-school swagger and charm. If there is any justice in the world, these two will team up for a full-length album in the very near future. And if we are really lucky, maybe they will grace one of the stages at Newport Folk Festival next summer.

The 7” vinyl of “Saturday” (and its B-side, “Too Late”) arrives November 24 via Fat Possum Records. You can order it here.

Bash & Pop include Tommy Stinson along with Steve Selvedge (The Hold Steady) on guitar, Justin Perkins (Screeching Weasel) on bass, and Joe Sirois (The Mighty Mighty Bosstones) on drums. 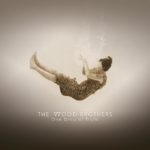 Sometimes songwriters need little help writing songs that hit home. In the case of The Wood Brothers, the soulful, Nashville-based Americana trio looked no further than Mother Nature for inspiration. Their newest single, “River Takes the Town”, is an ambling, carefree ballad about something southerners know all too well: flooding. Fate being the fickle force that it is, the band recorded this song in August of this year, right after flood waters ravaged Houston, Texas.

But amid the down-home harmonies of brothers Oliver and Chris and their bandmate, Jano Rix, lies a deeper truth:

“Nothing’s ever for certain
Until the levee breaks down
The water comes in and
The river takes the town.”

Whether the river is literally taking cities like Houston or New Orleans – or metaphorically flooding all of America with divisive rhetoric and hatred – flood waters have devastating consequences, and as Oliver sings, “it’ll never be the same.”

Look for this song on the band’s forthcoming One Drop of Truth album that arrives February 2 from Thirty Tigers. Pre-orders are available here. Their upcoming North American tour starts November 28 and runs through late April. 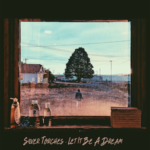 Erik Walters has seen plenty of the USA as a touring member of Perfume Genius and with David Bazan. Those trips across America’s heartland gave him inspiration for his new Silver Torches album, Let It Be a Dream. (Raise your hand if you’ve uttered those words many times since last November!) Walters saw the divide that is growing in our society and poured those feelings into one of the album’s best songs.

“If I Reach” is an intimate glimpse into the singer-songwriter’s heart. This is a fireside song that warms you as you mull over its message on a cool autumn evening:

“I wish I could heal
All the pain in the world
The stitches are tearing
One more crack and the dam will spill.”

With raw, lyrical honesty (the lines “It’s hard to remember how joy used to feel” pack an emotional wallop) and graceful instrumentation to match, “If I Reach” is the song that will turn you into a fan if you are new to Silver Torches. Walters is joined on the album by some of our favorite artists, including Noah Gundersen and Courtney Marie Andrews.

Let It Be a Dream is available now from Bandcamp. You can pre-order the vinyl from Seattle label Rocket Heart Records ahead of its January 12 release date. 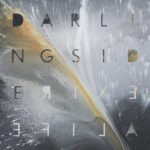 Darlingside usually attract the label “indie folk” by default, but the Boston-based indie band’s latest single is anything but traditional.

“Eschaton” finds the four-piece thinking about the end of days – not exactly lighthearted campfire fare. Despite the implied doomsday scenario, Darlingside maintain a cheery brightness with their trademark harmonies. They have come a long way since their “White Horses” single we wrote about in 2015. Here they take more chances with their sound and incorporate some surprise elements.

The first tones you hear on “Eschaton” make you wonder if you’re hearing a Vampire Weekend remix of a Darlingside song. The synth sounds aren’t necessarily out of place – they actually work here in the larger context – but it isn’t the direction you expect from these guys who usually embrace organic strings and vocals. However, this song offers a subtle reminder. Their ability to create harmony amid chaos is a lesson for us all in these troubled times.

This single is out now on iTunes via Thirty Tigers. Their Extralife album arrives February 23.

There really is no limitation to Cosmos Sheldrake’s creativity. Last month, he delivered a gypsy-folk-pop number with “Come Along”. On his latest single, he goes in the complete opposite direction and channels his inner Thom Yorke and Jonny Greenwood and delivers an unexpected number.

We are not quite sure how to describe “Mind Of Rocks” other than it is the trippiest, experimental electro-pop number you will hear this week if not this year. Despite it’s melodic and methodical pace and the lush vocals of Bunty, who is a Brighton-based singer and multimedia artist, Sheldrake’s composition are a mind-warp. Multiple layers are infused to give the song a smokey, haunting, and sultry vibe, which really shouldn’t be possible. And the inspiration for the arrangements are a trip themselves.

According to Sheldrake, the sounds of bats were recorded in Panama, where he joined his brother Merlin on a field trip to the Smithsonian Tropical Research Institute. The beats, meanwhile, were developed while Sheldrake was teaching a class of six-year old children how to do production work. He’s not finished there. That sound of the win blowing in the background is an actual gale that swept across Scotland. No wonder we cannot fully describe this song because Sheldrake is a mad scientist, and we say that with the utmost respect.

Sheldrake’s debut album, Much Much How How and I, is coming soon, and it can be pre-ordered here. We cannot wait to find out what other experiments will be on it (we’re betting there’s at least one song that features the sound of a horse).