Breathe in the calming tones of the Melodic Tonic ’17, November 29th edition. These six artists from Sweden and Italy to England, Australia, and the US will restore your sanity amid the hectic pace of the holiday season. Sit back and let these artists take you to a more blissful place.

There is an unmistakable dusty tone in every Calexico song. But for their upcoming ninth album, the Arizona band took a detour. They recorded The Thread That Keeps Us at Panoramic House in Stinson Beach, California – the same picturesque location used by My Morning Jacket, The Head and The Heart, Langhorne Slim, and others. Perhaps that fresh ocean air accounts for the tonal shift in the album’s latest single, “Voices in the Field.” Or maybe it’s a combination of location and climate, particularly of the political variety. This song joins countless other releases from 2017 that subtly address the growing political divide in America.

At the end of the video, a photo of an oak tree sits front and center. It’s easy to draw parallels between divisive rhetoric and the poisoned soil that can fell a mighty oak. That imagery, combined with lyrical mentions of “a broken hourglass / blood running thin” make “Voices in the Field” a powerful song. However, it’s the searing guitars and mariachi flavor that truly fuel this anthem. Calexico are, as always, pure fire.

The Thread That Keeps Us arrives January 25th on Anti- Records (US) and City Slang (EU).

A lush adventure awaits you on the newest single from Italian dark-pop outfit Sonic Jesus. The project of multi-instrumentalist Tiziano Veronese guides you into a shadowy, synth-driven world on “Transpose.”

While we have few biographical details about the artist, this epic piece speaks volumes. Nearly nine minutes in length, “Transpose” is a sprawling exploration of atmospheric contrasts. The first half of the song calls to mind late-night drives under a moonlit sky. The cinematic quality here sends your pulse racing as the tension builds. Currents of dark-wave that call to mind Editors and Black Rebel Motorcycle Club crossed with Sisters of Mercy ripple throughout, with dramatic effect. The tension dissipates in the latter half of the song, yet the overall feeling of intrigue never leaves you. Those feelings of intrigue remain with you long after the song’s final notes. So pour yourself some wine and get ready to peer into the darkness with Sonic Jesus.

Their new split single, which also features “Dead Man”, is out now on Fuzz Club Records. The band’s earlier work (including their Grace LP from earlier this year) is available on Bandcamp .

Your stress just met its ultimate foe in Brooklyn-based artist Ezra Feinberg. The former frontman of San Francisco psych pop-rock band Citay is operating on a chiller frequency these days. On his upcoming debut solo album, Pentimento and others, he dazzles listeners with vivid instrumental soundscapes. One listen to the acoustic guitars on lead single “True Refuge” is all you need to convince you that Feinberg is an artist you need to know.

This song’s kaleidoscopic textures are cinematic in scope and an energizing experience. If you’re inclined to keep downtempo tunes playing in the background while you work, this one is a must-add to your rotation. However, don’t be surprised if you find your work completely halted because you become lost in wonder while the dazzling tones dance around you. Chances are you won’t mind, for Feinberg has just created the soundtrack to your finest hours of inspiration. Lose yourself in “True Refuge” and your mind will thank you.

Look for Pentimento and others when Feinberg releases it on his Related States imprint on February 2, 2018. Pre-orders are available on his Bandcamp page.

The cool breeze caresses you on “Violence Broken” from Australian duo No Mono. Tom Snowdon and Tom Iansek previously worked together in the group #1 Dads, but their collaboration here is the vehicle that could launch them into global stardom. Granted, Iansek received plenty of attention when his group Big Scary released a stunning cover of FKA Twigs’ “Two Weeks” back in 2015 with Snowdown. But what the two have created as No Mono launches the duo into another realm entirely. What was great before is now nothing short of breathtaking.

For starters, “Violence Broken” features Snowdon’s stirring vocals. Fans of emotive falsettos from James Blake and Anohni, rejoice: Snowdon will take your heart to soaring new heights. Meanwhile, the downtempo instrumentation is complex and keeps you utterly transfixed. You’ll want to keep this one on constant repeat for the rest of the year.

The single is out Bandcamp via Pieater. Check the band’s website for details of their upcoming tour that starts in Sydney next February.

This time last year an arresting voice in a Burberry advert captured hearts across the globe. Its crystalline quality made jaws drop and hearts flutter. For many listeners, this was their introduction to Britt Warner, half of Los Angeles-based duo October’s Child. The band have been together for a few years yet have remained outside the mainstream spotlight – until now. Fast-forward to this week when that voice again produced chills in all who heard the band’s newest single, “Orion.”

The ethereal tones of “Orion” wrap around you with just the faintest hint of melancholy. The soundscape is warm and breezy, evoking the dream pop of Mazzy Star fused with the haunting intimacy of Daughter and a bit of Bon Iver. This is music guaranteed to soothe a soul in need of a reset. Throughout its nearly four-minute length, Warner and collaborator Jordan Waré maintain a seamless flow of stress-reducing sonic bliss. Waré is well-versed in the art of flow: the Grammy-winning songwriter/producer and violinist has worked with some of the biggest names in dance and pop music, from Madonna and Justin Timberlake to Justin Bieber and Skrillex. His chiller side is displayed on this song, though who knows what surprises the rest of the new October’s Child album As You Go might contain? It’s due out early next year while this single is available now on iTunes.

You can also check out the band’s earlier work on Bandcamp.

Swedish singer Cecilia Ebba is like many of the artists we like to cover here at The Revue: she’s an emerging talent whose voice will haunt you in the best possible way. Her new dream-pop single “Voices” has all the qualities we love: it’s intimate without being too sparse; it creates an instant emotional connection with the listener; its tones mesmerize you and leave you wanting more; and finally, it simply devastates you with its beauty.

Now based in London, Ebba brings her homeland to this song. There is a shimmering radiance in every note. Her rich vocals have a honeyed warmth as pure as Julien Baker yet the similarities to Birdy and Daughter are also evident. Only a handful of singers can conjure imagery of sunlight in winter, but Ebba does just that on this gem. It’s the perfect way to unwind after a long day. Queue this one and you will experience a rush of euphoria powerful enough to make you forget all that’s going on around you.

“Voices” is the third single Ebba has released this year (following “Breathe In Breathe Out” and “Sweet Summer Wine”), so hopefully we can expect a full-length debut album in 2018. Until then, you can grab a copy of this gorgeous song on iTunes. 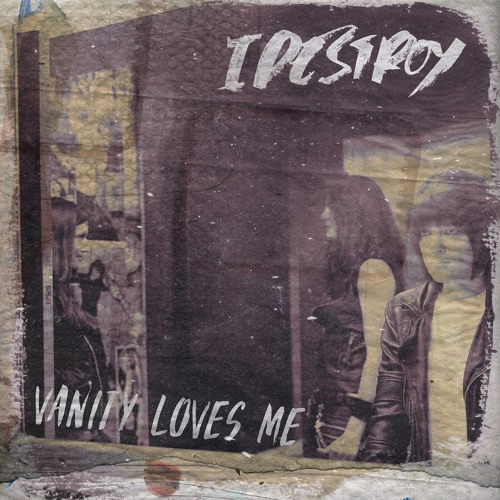