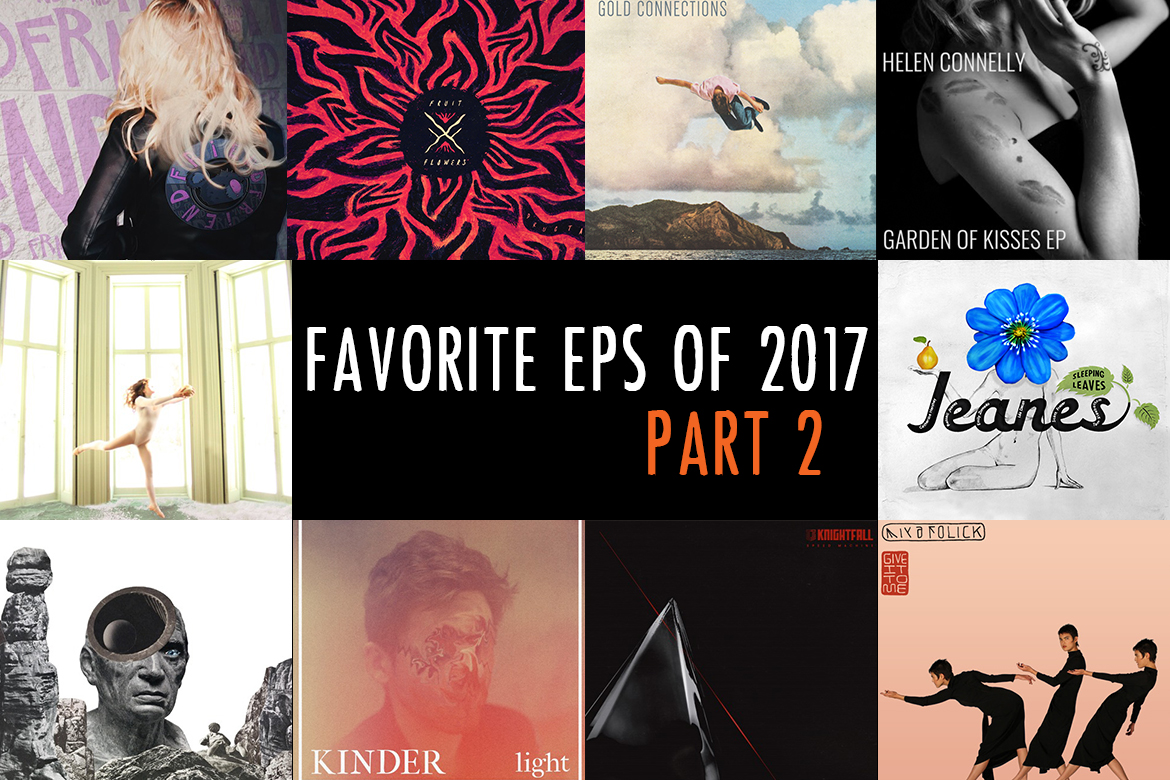 We continue to count down some of the very best extended players of the year. Favorite EPs of 2017 – Part 2 features artists from the usual places – Australia, England, and USA – plus one of the great psychedelic bands who hail from Japan. The list is a hodgepodge of genres and sounds, but each of them are uniquely brilliant. After reading our selections below, revisit the first ten over here. 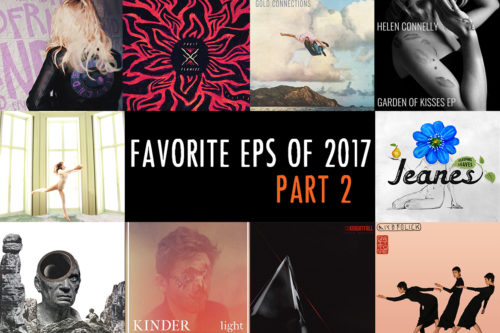 FRND (USA) – In Your Dreams (self-released)

For a little while (make that a long while), we weren’t sure who FRND was, as he released each new song anonymously. All that was revelaed was an adorable koala, so the assumption was he was the Aussie version of deadmau5. We now know FRND is LA-based songwriter and producer Andrew Goldstein, who has demonstrated an uncanny knack of writing about past relationships in a straightforward way that sounds like your best friend is telling you a story. But instead of telling you secrets in the privacy of the bedroom, he has you up and dancing.

His debut EP, In Your Dreams, builds on his well-developed reputation. Goldstein tackles things like the end of relationships (“Friend”), still wishing for a relationship the way it was (“Movies”), and the reality of a toxic relationship (“Sticks and Stones”). The last three tackle being stuck in friend zone (“Substitute”), possibly letting “the one” get away (“Soap”), and truly wanting your ex to live a good life (“Be Happy”). If this sounds to you like a John Hughes film, you wouldn’t be off the mark, but be prepared to dance. ~~~Wendy

Anyone who goes to shows in NYC has probably stumbled across the raucous energy of Fruit & Flowers. The Brooklyn-based four-piece have been dubbed one of the hardest working bands in New York City, performing over 30 shows in 2017 while at the same time releasing their debut EP, Drug Tax.

The energy on “Subway Surfer” exemplifies the undeniable power of the band. A driving drumbeat and bassline accompany a shredding guitar and powerful vocals. “Dark Surf” has some amazing harmonies on it, and the title itself seems to define the sound of Fruit & Flowers quite well. The last half of the title track is one of the most killer musical moments on any release in 2017 as well. The final song, “Turquoise”, has a dreamy layer of reverb, and when it’s all done it leaves the listener waiting for more.  If Drug Tax is any indication, Fruit & Flowers are destined to be a force in the NYC scene for years. ~~~ Rich

The rule of thumb when it comes to the Academy Awards is that studios should never release their best movies early in the year because people will forget about them. The majority of Oscar winners arrive in theaters in December, but there are exceptions like The Silence of the Lambs, which had a February release date. In music, the same principle generally applies, where it takes an exceptional record to have the staying power that lasts nearly a year. Will Marsh’s debut EP under Gold Connections is one of those rarities.

Gold Connections is a fiery piece of indie rock goodness. While many will compare Marsh’s first output to his good close friend Will Toledo (better known as Car Seat Headrest), who produces the EP, it lies somewhere between the gritty rock ‘n roll of The Districts and the sublime rock melodies of American Wrestlers. The highlights are “Isabel” and “New Religion”, which are sprawling rock overtures that develop into hair-raising, ferocious rockers. The frenetic roller coaster, “Faith in Anyone”, is Marsh’s lyrical masterpiece, as he shares one’s anxiety of being separated from the world. It’s that personal nature of his music, which is replicated on “Popular Fiction”, is why Gold Connections is applauded today. Marsh isn’t trying to preach to us like other artists. Instead, he’s our best friend who’s telling us his deepest thoughts and secrets. ~~~ Ben

We’ve had our ears on Helen Connelly for a while now, and anyone who is drawn into her blues-jazz vocal style will understand why. This is an artist who sounds like no other, setting her apart and demanding appreciation and attention.

Connelly’s sophomore EP, Garden of Kisses, is brought to life by a mix of collaborations with industry-leading writers, producers, and musicians. The extensive list of collaborators reveals that we’re not the only ones who rate her work. Resolutely independent, she remains unsigned, but we’d be surprised if she isn’t snapped up soon by a label that values innovation and individuality in their artists. ~~~ Flo 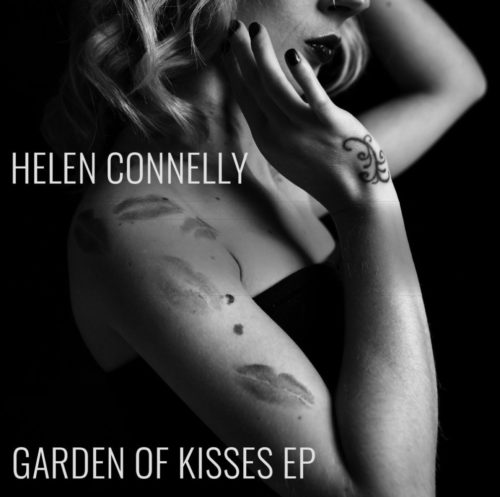 Driving, programmed drumbeats and guitar work that sounds straight out of some of the best post-rock records out of New York provides the background to one of the dreamiest voices you’ll ever hear on Holy Golden’s EP The Licking River. The duo of vocalist Leslie Schott and guitarist Andrew Valenti have created an aesthetic of their own, visually and sonically. Schott’s voice makes an immediate impression on “Where Were You When”. The intro licks to “Girls are Ghosts” are addictive. Throughout, The Licking River reaches ethereal levels, especially on tracks like “Lifeline” and “The Movie”. It’s all a perfect package that has pretty hyped about their third LP, Otherworld, which is due out in 2018. ~~~ Rich

If good things are worth waiting for, then Jeanes‘ debut EP, Sleeping Leaves, has to be the ultimate treat. Thirty years in gestation, this is a magnum opus conceived in poetry and born of nature, and a fine suite of music it is, too.

Bringing together vocals from across the globe – Catherine Hershey, Emily Grace Zornado, Léa Decan – with the guitars of Scott Fraser and string arrangements from Tom Sidebottom, Sleeping Leaves is a gracious collaboration that deserves to be part of every music collection, if only to provide moments of mesmerizing calm to soothe the soul. But here’s the thing. Russ Jeanes is a shy guy. He’s too modest to recognize his own talent, and his humility kicks against the music industry’s constant demand for self-promotion. So do everyone you know a favor and introduce them to his music. They’ll thank you for it. ~~~ Flo 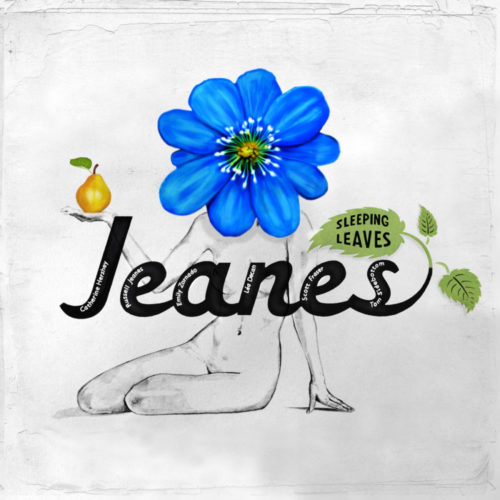 There is a reason why Kikagaku Moyo has toured alongside King Gizzard & The Lizard Wizard and Thee Oh Sees – their neo-psychedelic rock is awesome. Check that – AWESOME!!! Three exclamation marks are probably not enough to describe the musical wonderland they’ve been crafting for most of this decade. For newcomers to the Japanese quintet’s music, their latest EP, Stone Garden, is a great introduction to the band’s varied history. In other words, Stone Garden is like the gateway into one’s home, and this one is owned by five shaggy guys who could be named George Harrison, Ty Segall, John Dwyer, Ravi Shanker, and J. Mascis.

The record commences with the edgy garage-rocker “Backlash”, which is filled with a heart-attack inducing drum line and fuzzy guitars that would make Dinosaur Jr. envious. Kikagaku Moyo show a gentler side with “Nobakitani”, which is a meditative, delirious, psychedelic number. On “Trilobites”, the five-piece take us on a tumultuous ride through an asteroid belt on this krautrock-infused stoner-rocker. The whirlwind “In Coil” represents Kikagaku Moyo’s ingenuity at their finest. This is ’70s psychedelia brought into the future, as heavy, distortion-filled guitars combine with clean lines of the sitar to create a trance-like atmosphere. The finale, “Floating Leaf”, could be something straight-out of Sonic Youth’s early discography. It is a patient but complex number that elicits conflicting emotions of dread and awe.

Kinder (ENG) – Feeling Gets Too Heavy (via Lapsang House)

KINDER is the moniker for talented songwriter-producer Leo Wyatt. Earlier this year, he released his EP, Feeling Gets Too Heavy, which builds on last year’s soul-influenced, synth-pop effort, Light.  Not only is the EP a splendid listen, the lyrical content tackles serious subjects that hopefully get others thinking about what is important. He tackles multiple topics, like hardship on “Money Problems”, an abusive relationship with “You Can’t Tie Me Down”, and the serious effects mental health issues can bring on “Feeling Gets Too Heavy”. The EP doesn’t stop there, as “Heartless” addresses today’s societal ills while “The Wake Up” deals with depression. Although his songs deal with difficult subject matters, Wyatt’s vocals, which possess an awesome draw similar to Prince or The Weeknd, will leave you hooked. ~~~Wendy

KNIGHTFALL is the passion project of Strange Talk members Stephen Docker and Gerard SIdhu. At first, they gradually and anonymously released a few tracks here and there until they finally revealed themselves. Granted, their French-inspired electronic approach, which is akin to early Daft Punk or Justice, likely would have people figuring out who they were.

Enigmatic or known, it doesn’t really matter because they’re taking electronica to new directions with their debut EP, Volume 1. “Speed Machine” took everyone on a ride with a nu-disco vibe and a really cool video capturing the excitement of the track. “Exodus” is totally trippy and can easily put the listener in a trance (this one would be perfect in any club setting), and “Watching Me” is catchy as hell with the superb vocals set against hypnotic beats. The surprise track, though, is “Metro Station”, featuring the talent of Nana the Writer. It’s a totally electric anthem that will completely make you want to DANCE. And dance some more you will with closer, “Can’t Get Over You”.

We are not sure what will be in store for KNIGHTFALL in 2018 because rumor is that Strange Talk will be back in the new year. Let’s hope, though, that KNIGHTFALL will also return soon. ~~~Wendy 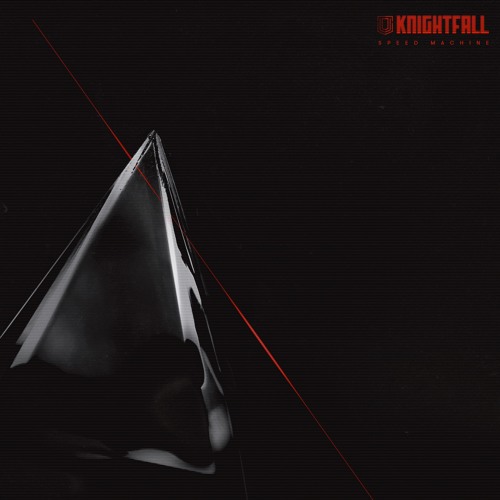 Miya Folick (USA) – Give It To Me (via Terrible Records)

Miya Folick is no stranger to our year-end lists. She’s been listed as an Artist to Watch in 2016 and again in 2017 because her songs possess the intelligence, fire, and innovation of Angel Olsen, Fiona Apple, Feist, and Sharon Van Etten. Her latest EP, Give It To Me, reveals why we’ve long been bullish on her potential. The five-song, 21-minute record is relentless in its emotional fury. It is intense yet breathtaking, gripping yet gorgeous, and unquestionably one of the year’s most memorable and outstanding outputs (EP or LP) of the year.

The slow-building anthem “Trouble Adjusting” roars through the speakers and reminds us that rock ‘n roll is not dead while Folick’s lyrics tell us we’re not alone in dealing with unrealistic expectations. The LA-based artist further reveals her brilliance on the lush ’70s cinematic-rock of “Aging”, which merges together Christine McVie and St. Vincent. The song is also storytelling at its finest, as she recalls how an older woman’s life crumbles after a relationship with a younger man.

Things slow down with the beautiful, introspective ballad “Let’s Pretend”, on which Folick reveals her secrets and deepest emotions. Similarly stunning is her cover of Joni Mitchell’s “Woodstock”, and Folick does the unthinkable by turning this folk classic into a breathtaking indie-rock anthem. It is on “Give It To Me”, however, where Folick’s immense talents shine. Powerful and tender, heartbreaking and gorgeous, this emotional heart attack is one of the best songs of the year, and it is reminiscent of the grand scope of Olsen’s and Van Etten’s most captivating songs. And soon – very soon – she will be recognized alongside these indie giants. She will always be an Artist to Watch every year. ~~~ Ben 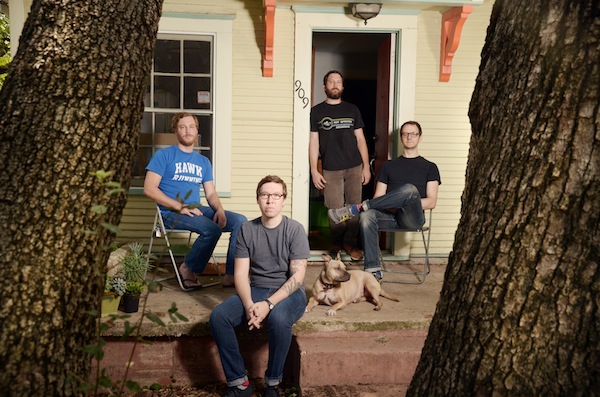