The Matinee ’18 January 8th is playing a bit of catch up, as many great songs were released between our break. It’s time to get back into sharing some of our favorite indie tracks and discover some new favorites. Here’s some new music to kick off the second Monday of 2018. We have an eclectic mix today from artists representing Canada, France, the US, and England.

CLANN is the music alias of producer, artist, filmmaker and self-taught composer Sebastian McKinnon. We are sharing “Closer”, which is completely spellbinding. Sebastian, with the help of vocalist Charlotte Oleena and violinist Chloe Picard, deliver a truly emotional and ethereal soundscape that immediately captivates the listener and does not let go.

The song is quite masterfully crafted with Sigur Ros-like instrumentation yet with electronic elements similar to Massive Attack or Portishead. The album is a great first offering of unique and compelling electronic elements along with grandiose strings and hypnotic vocals.

CLANN shares a bit behind his vision with his album release:

“Music is more than about making people feel – for us, it’s also about making them dream. The songs we create inspire our visual film work, and the films themselves inspire us to create more music in turn. The art forms feed each other in a constant loop, creating a world we hope people will wish to fall into and explore. That’s the mission within the KIN Fables project.”

The song is taken from CLANN’s debut album, Seelie, which is available for purchase on Bandcamp.

Jeryko is Yaniv Hoffman, who is a former NYU student who left America to join the Givati Brigade (part of the IDF). He was also a manager in New York and a music scout for A&R. After working with other artists from that perspective, he is ready to tell his own story and carve his own path.  “Fighting For” is a product of his personal journey, and he also has a compelling video to go along with the song.

“Fighting For” is melodic indie pop with a purpose as Jeryko’s storytelling seems to have an underlying mission, and it will be interesting to hear his story unfold in future releases. So far Jeryko is paving the way with a formula to break into the mainstream. His talent includes quality production, addicting harmonies and superb vocals. We will be keeping tabs on Jeryko this year.

Kainalu is the project of multi-instrumentalist Trent Prall. Kainalu is creating a nice mix of psych-punk-electro music also akin to the unique and talented Unknown Mortal Orchestra and Toro y Moi. “Finding Peace Of Mind” is inspired by the artist’s interest into meditation.

The track is completely groovy with its retro vibe that provides a super calming effect which could easily help  you reach a better stream of consciousness. It’s the perfect chill vibe to spin while wanting to relax or feel a bit of groovy peace in your life.

Kainalu shares a bit about the motivation behind the track:

(It’s written from the perspective of Trent’s father, who is giving him life advice). “He would always try and get me to read Alan Watts’ literature as a way of accepting the stress and anxiety of the world. Although, it’s kind of ironic though because a book inspired the lyrics which are about not being able to learn yourself inside of books.”

LACEI is back with a new track titled “Wanderer”. It’s an upbeat and vibey track that has a positive and uplifting message to kick off the new year. The beats and guitar throughout are simplistic, but they frame Jessica’s vocals just right and add an acoustic flair to the overall sound.

“’Wanderer’ is about breaking through the confines of society and following your dreams, making your own truth. There are so many crazy things going on in the world right now, if we can find light in the darkness we can begin to wander on this earth with a purpose. Each and every person has one. What is yours?”

New York-based artist Lola de Hanna is back. After a bit of a hiatus, she took some time for more musical experimenting, songwriting, and genre-fusing. “A Place of Fire” does cross many genres, and it continues to prove that Lola’s unique and emotional vocals paint a picture of a relationship filled with deceit.

The instrumentation from the intro grabs you from the start. As the song progresses, the acoustic harmonies add the perfect touch to allow Ms de Hanna’s unique vocals to shine. Lola de Hanna continues to offer a fresh new spin for the indie singer-songwriter by proving her talent as a songwriter and lyricist. She is also great at finding the perfect soundscapes that project her vocals forward and keep the listener engaged. We will be hearing more from Lola de Hanna as she is planning on releasing her sophomore EP later this summer.

Somasu has just released a new EP titled, Late Weeks. From it is “Suicide Attempt Number 5”, which is an emotionally vulnerable track. The production and presentation reels the listener in as the lyrics lay out the struggles with self-worth and depression. Musically, Somasu mixes smooth beats and a ’90s alt-industrial influence that is quite gripping. Somasu’s spoken-word parts are reminiscent of Archie Marshall (a.k.a. King Krule), but with the smooth delivery of Toro y Moi.

There are many singer-songwriters these days, but then there are lyricists that put forth their work in a more poetic way. Somasu falls into that category of poetry, as he constantly is sharing struggles in his and other people’s lives. It is his way of helping others realize we are not alone.

Somasu had the following to share about the track and his recently released EP:

“I wrote the song about my struggles with depression and how it’s like a constant war of the mind; depression makes it hard to look at the positive side of life. This song was actually released as part of a new EP I made – this song being the first track of the 5 track EP. The EP (called “Late Weeks”) is about slowly accepting who we are and using that enlightenment as strength. It’s about knowing that each hardship life gives us makes us stronger mentally.

A Night with Wellington Gems: Pales, Paperghost, and night pilot 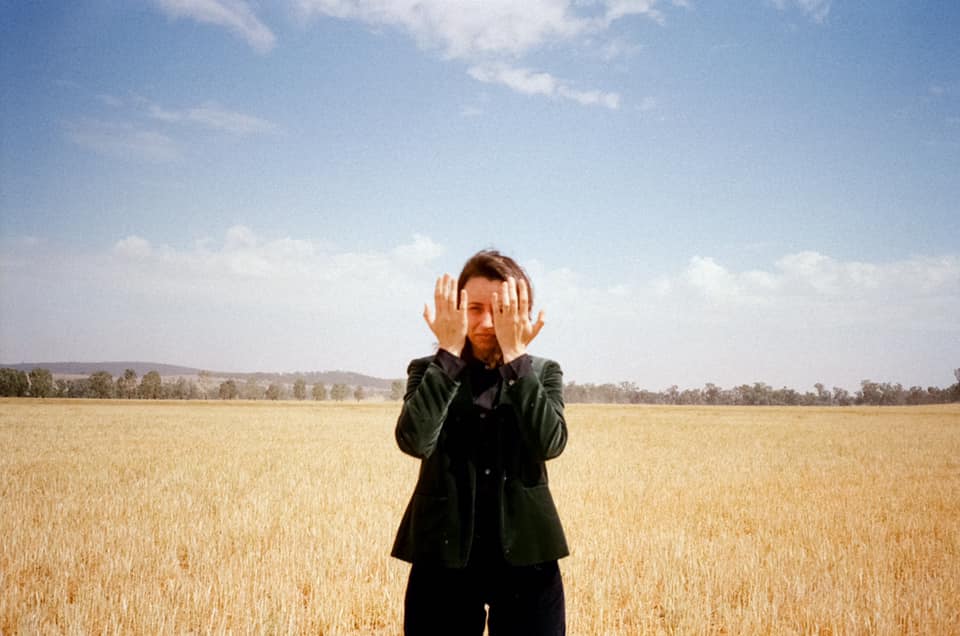