It’s been an incredible week for new music, and The Matinee ’18 January 12th edition continues the trend. Today’s mini-playlist takes on a more melodic tone, but there are still a few tunes that will get the adrenaline flowing.

Once again, New Yorkers Acid Dad are demonstrating that we can still have a beach party regardless on the time of the year. Sandy beaches are unnecessary. All we need is a warm place, our good friends, and music that has us wiggling our derrières and having a rocking good time. Just like their previous single, “Bodies”, JP Basileo (bass), Sean Fahey (guitar/vocals), Vaughn Hunt (guitar/vocals), and Kevin Walker (drums) are turning up the temperature with “2Ci”. The jangly guitars, the groovy rhythms, and Fahey’s smooth vocals will have you breaking out your best moves wherever you are. Now just grab some friends and make it a party.

Acid Dad’s self-titled debut album drops March 9th via Greenway Records. This could be the album of the spring and definitely one that will help us welcome the warmer weather.

One of the best traits of a great song is its ability to make our imaginations run amok, where the song encourages us to go to unforeseen and yet-to-be-explored places. Some take us down the rabbit hole and others take us way out into the cosmos, while others, like Dos Floris‘ single, “Silence”, stimulates images of enchanting forests, cool beaches, and other places where we can find solitude. The orchestration on this stunning piece of cinematic indietronica is superb, drawing the listener in immediately with its intimacy and keeping us looked in as it reaches its breathtaking climax. Dos Floris’ delicate vocals, meanwhile, are angelic, as if she is a higher entity calling us to follow her into the bliss. Really, what choice do we have but to succumb to her enchantment?

The stunning video for the song is also worth viewing, and it is below. It will take you to familiar places and others you may wish to visit one day.

The song is taken from Dos Floris’ debut album, The Widowed Earth, which is available on Bandcamp.

A pleasant surprise reached us yesterday when one of our Most Anticipated Albums of 2018 was officially announced. The LP is also from one of our all-time favorites, specifically the Greta Kline-fronted outfit Frankie Cosmos, whose 18-track new record, Vessel, will be released March 30th via Sub Pop (pre-orders available on Bandcamp). Its lead single, “Jesse”, is everything that we love about the band.

The song is absolute perfection. The guitar-pop approach is simultaneously warm and shimmering, where its all right to dance to the tune in your pajamas. Kline’s lyrics, meanwhile, are exquisite, as she tells the tale of being with Jesse and the long journey to understanding herself during this experience. It’s a clever piece of songwriting, and the song should be spun endlessly in order to comprehend the deep meaning of one of indie’s most gifted songwriter’s words.

In addition to Greta Kline, Frankie Cosmos are bassist/vocalist David Maine, keyboardist/vocalist Lauren Martin, and drummer Luke Pyenson. The band will be heading out on tour in April, and initial dates are available here.

Electronic artist Henry Green has just released “Another Light”. It’s a very stellar and hypnotic track that has a similar vibe to RHYE. The feeling throughout is exciting yet relaxing. Mr. Green has a way of creating a completely emotional atmosphere with his sound and on “Another Light” we are taken away just for a bit into his world of ethereal beats and dreamy vocals.

Speaking about the track, Green said:

“I had a really vivid image/moment in mind when I wrote ‘Another Light’. I was sat on a silent beach in the early hours of the morning, slightly hazy from the lack of sleep and I wanted to write about the whirlwind of colours and textures, both in the landscape but also in my mind at that moment. So much change had happened in such a short amount of time and I was just reflecting on it all.”

The Jacks are a talented rock ‘n roll band that are creating their own sound with a bit of old-school Brit-pop shining through. “Wings” is refreshingly straightforward rock filled with infectious harmonies and slick blues-infused guitar. Sometimes you just need a what-you-hear-is-what-you-get band that just blows you away with one fiery riff after another. The Jacks deliver just that. Rock ‘n roll is definitely not dead. You just have to search a bit harder to find it these days.

The Jacks will be releasing an EP later this year and with their current singles already out (“She’s A Mystery” and “Just A Little Bit”), we are in for a nice, little, blazing treat.

Jay Som was unquestionably one of the biggest breakout artists of 2017 thanks in large part to her widely applauded album, Everybody Works, which also made our Favorite Albums list. While we weren’t expecting anything new this year, the tireless Oakland-based artist offers a surprise with two unreleased songs written and recorded during the Everybody Works sessions.

The first one out of the gate is “Pirouette”, which is a stunning indie pop-rock number that will make you feel like you’re on the most memorable and breathtaking amusement park ride. The jangly lead guitar and the groovy rhythms are contagious, but it is dazzling ending that leaves you wanting more. That makes you realize just how special of an artist Jay Som is. We cannot wait to hear what else she has in store.

The special 7″ Pirouette comes out January 26th via Polyvinyl Records. Pre-orders available at the label’s store and Bandcamp.

“Belongings” is the newest release from Mimicking Birds. It’s an extremely melodic, indie-folk track that takes the listener to a soothing place. Nate Lacy’s vocals reel you in as he speaks about the relationship between others and taking care of the place we call home.

Lacy describes the new track as “a love song conveyed through the perspective that we are all here functioning as part of a larger entity. And that we are only borrowing the ingredients required to briefly witness this remarkable circumstance. Self-detachment through self-awareness. With such a consciousness comes an urgent responsibility to thoroughly appreciate life’s unlikelihood, love one another, and to do what is right for the planet and future existence.”

Prepare to put on your best steely-eyed glare because Palace Winter‘s new song, “Take Shelter”, will completely steal away your mind and have you piercing aimlessly into the distance. As Caspar Hesselager plucks away at the piano and delivers a haunting melody, his bandmate Carl Coleman’s stark vocals arrive. He sounds like a narrator telling the tale of a lost soul searching for his deliverance. Searching for the times that gave him peace and happiness and for the people that gave him joy, but those days are long gone.

While the song focuses on a particular person, “Take Shelter” is about the current times in which we currently live. Once we use to look to the present and future and understand there is always the hope of a new day, but now we look back longing for the days that were.

Palace Winter’s new album, Nowadays, is out May 4th via Tambourhinoceros.

Austin collective Wild Child are more known for their uplifting and often euphoric brand of Americana and folk-pop. Even when they diverge into the indie-pop stream, as they did with “Think It Over”, their trademark positivism is on display. Occasionally, however, they will deliver a song that stops you dead in your tracks and make you contemplate your existence and everyone you’ve met. Such is the case with their latest single, “Sinking Ship”, which is an incredibly beautiful and introspective ballad. Kelsey Wilson’s voice is angelic, and her songwriting is sensational, as she recounts the times spent with people dear and how they are now just a memory. Absolutely gorgeous. 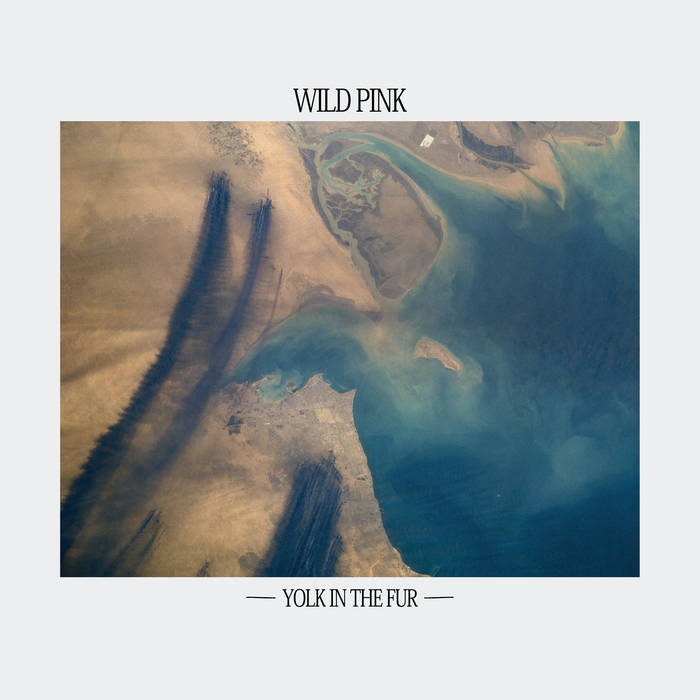 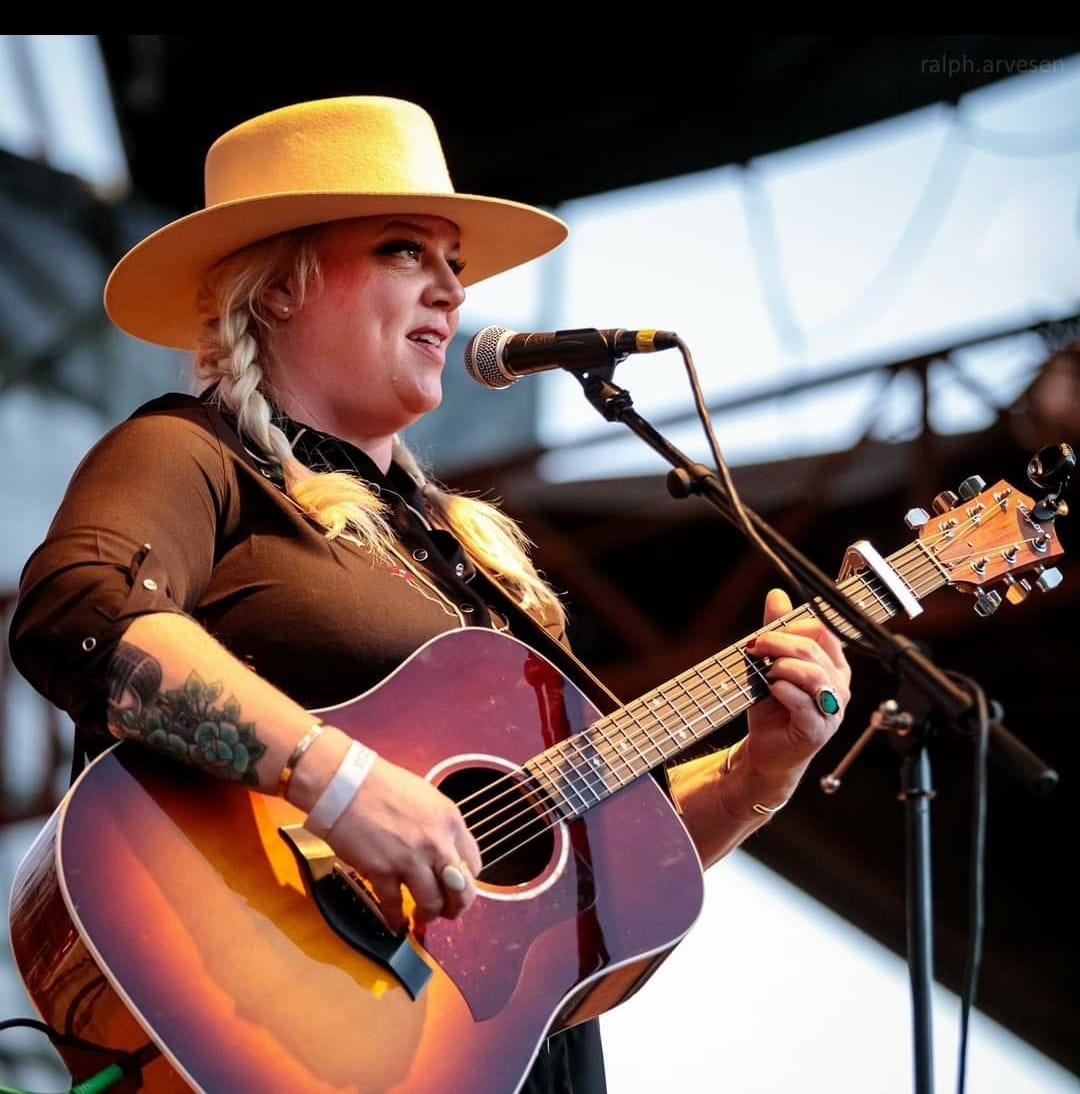