The retro vibes are strong for your weekend playlist: the nine songs on the Saturday Sampler January 27th edition offer a kaleidoscopic range of sonic hues, from indie pop to psych rock and glam punk. Hopefully you will find a new favorite artist in this mix. Happy weekend!

“All you do is take, take, take, take, take,” sings The Aces on the chorus of their insanely catchy new single, “Fake Nice.” The lyrics might be directed at a former friend or lover, but one thing is certain: this band knows a thing or two about taking. On this song they take your breath away with their polished pop hooks, smooth harmonies, and a whole lot of sass and style.

It’s surprising that The Aces aren’t global stars at this point since they have been together for 10 years. The four-piece outfit from Utah have two EPs under their belts (their 2012 debut and last year’s I Don’t Like Being Honest) and will soon deliver a long-awaited full-length. The buzz around them continues to build thanks to their charismatic appeal and their impeccable, radio-friendly harmonies. We expect the world will soon fall in love with these rising stars.

This single is available now on iTunes while the band’s debut album, When My Heart Felt Volcanic, arrives April 6th from Red Bull Records.

The first time we were exposed to Amen Dunes was back in 2014 when he drove 8 hours from Brooklyn to Wakefield, Quebec in order to open for Mac DeMarco. At the time, the Damon McMahon-led project were perfecting their craft of lo-fi stoner folk-rock. Their single, “Lonely Richard”, remains a classic. Now with a few years under their belt, McMahon, Jordi Wheeler and Parker Kindred have gone a bit more widescreen and a little less fuzzy. At least that’s the indication their new single, “Miki Dora”, gives. Although there’s a slight change in approach, their sound is still timeless.

The song sounds like it could have been taken from a side session involving the Mamas & Papas, Neil Young, and Joni Mitchell or possibly from the deep archives of Jason Molina’s work. Like these artists, an intimacy rings throughout the titillating music and McMahon’s soft but rousing vocals. His songwriting, too, is of a bygone era, as he tells the story of surfing hero Miki Dora, who also moonlighted as a notorious criminal. The song, as such, is like a sociology thesis, as McMahon brilliantly captures how our society embraces the statuesque male hero despite his other extracurricular activities. Just a brilliant piece of songwriting.

Bold and ballsy: that’s one way to describe the indie psych/glam punk of New York City trio Beechwood. The thick, heady haze of their “Land of Nod” single quickly steals your balance and forces you to sit in astonished awe. You then spend the next nearly four minutes mesmerized as the band’s fusion of late-’60s California psych rock and early-’70s British glam rock swirls around you. Maybe you weren’t expecting to be placed in a trance, but that’s precisely where this song sends you.

Your voyage into a new dimension of sound and color begins with the first notes from Gordon Lawrence (vocals/guitar), Sid Simons (bass), and Isa Tineo (vocals/drums). Don’t miss your chance to get to know these guys before they become the next Temples.

Their newest album, Songs From the Land of Nod, is out now from Alive Naturalsound Records. You can get it from the label’s online store and iTunes.

One of the great voices to arrive in the last two years belongs to Fenne Lily, the twentysomething singer-songwriter who made us emphatically shout, “WOW!”, when her debut single, “Top to Toe”, was released in April 2016. With her first single since the autumn of ’17, she once again has us uttering that same three-letter word as well as, “My gosh this is gorgeous”, with “On Hold”.

The combination of her silky smooth vocals and the shallow electric guitar is mesmerizing, possessing a beauty that even transcends Julien Baker’s and Phoebe Bridgers’ most engrossing songs. It is her words, however, that stop you in your tracks and make you realize just how limitless Lily’s potential is.

“I was on hold
Tired of getting cold
So I put my love to bed
Everything told
Scared to be alone
So you took my hand and said
Come inside I’ll make your mind up
All this pain is gold.”

Urgency pulses throughout and evokes imagery of fleeing from the bright lights of the band’s adopted Los Angeles hometown. Delicate harp flourishes contrast the vivid layers of ’60s-esque surf pop accents and driving tempo, bringing a cosmic element to “Ancient Names.” If you want to further explore the boundaries of this celestial realm (and order a conscience nebulizer!), try calling the album’s special hotline: 877-VIDE-NOIR. But be warned: the current wait time is seven years…

An emerging indie band from Atlanta is poised to become your newest musical obsession: meet Neighbor Lady. You need only hear their new single “Fine” once to become completely entranced by its smoky retro tones. The languid, sensual vocals of frontwoman Emily Braden have such an arresting quality that you half expect her to be slinging a pistol and handcuffs while she sings.

Meanwhile the band serves up some fierce bluesy-rock with the perfect amount of southern heat. “Worse than any feeling you have ever known,” this song is a deliciously bittersweet punch to the gut. It forces to you recall the times you said you were “fine” as you nursed a broken heart under the neon glow of a barstool. Only this time, that nostalgia doesn’t sting as much because now you have a new favorite band providing the soundtrack to your life.

Friendship Fever will self-release Maybe Later on May 11.

There must be something about the water or maybe it’s the weather in Greece because they sure do like their disco music. Unsurprisingly, Σtella, the project of Stella Chronopoulou, is in the middle of it all, as the veteran artist has reinvented the genre through her solo work and her side project Fever Kids. This time around, she’s teamed up with fellow Athens-based producer George Bakalakos – a.k.a. NTEIBINT – for “A State Nearby”.

Straight out of the disco clubs of the late ’70s with a modern, French twist (see Daft Punk and Justice), the pair deliver one groovy and infectious single. The beats and production work are hypnotic, causing you to dance and sway graciously or even spin gently to the breezy rhythms. Σtella’s vocals are, as always, intoxicating, but this time around she keeps her powerful vocals downtrodden in order to magnify the suspense in the song. If disco sounded this good four decades ago, it would have been one of the most celebrated genres. Fortunately, Σtella and NBEIBINT are resurrecting it.

The single is out on Eskimo Recordings.

Oberon Rose – “Tell Me All About It” (Connecticut, USA)

Continuing the retro vibes of today’s playlist is New England band Oberon Rose. This indie band from the sleepy coastal shores of central Connecticut take their name from their principal songwriters (Tommy Oberon and Rebecca Rose) and their sound from a wide range of influences. Dive deep into this tune for a time traveling experience that traverses genres and decades.

You’ll trip through Beatles-esque passages in the first half and through the hallucinogenic bridge before the tempo increases after. Then you’re treated to rich, autumn-toned Americana hues reminiscent of The Jayhawks and Guster. The entire ride is a mind-bending joy that makes you wonder where this band has been all your life. (For the record, they’ve been together for a few years, so fear not.)

The band plans to release an album in April on their ThouART Records imprint. Until then, you can download this single from their website.

With the weekend here, it’s time to let loose and have a laugh. Fortunately, New Wave (or as they like to call themselves, “next wave”) band, Strange Names are here to entertain us. Their music is catchy and groovy with lyrics that are quirky and fun. Take for instance, “UFO”, which could be the continuation of Jermaine Stewart’s ’80s hit “We Don’t Have to Take Our Clothes Off” but told through the lens of an extraterrestrial. This isn’t an E.T. story (although there is a reference to the iconic film); it’s more like The Creature from the Black Lagoon, except the tale involves a bunch of “little green men”. As the synth waves, stuttering beats, and crystalline guitar have you slowly dancing, their lyrics will make you laugh:

Awesome! The song is taken from Strange Names’ forthcoming sophomore album, Data. It is due February 23rd via Frenchkiss Records. The band is comprised of Liam Benzvi, Francis Ximénez and Fletcher Aleckson. 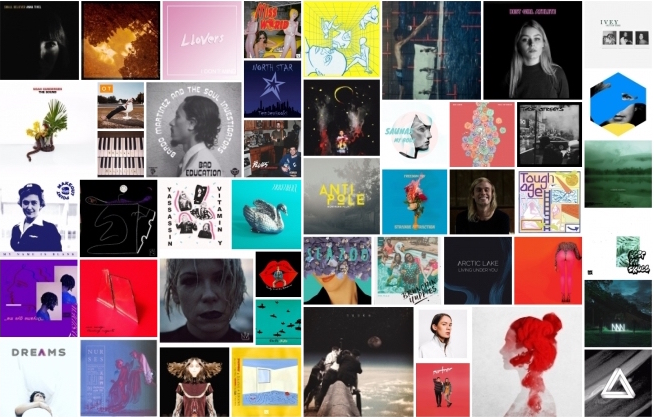