A mildly psychedelic haze winds through the Melodic Tonic ’18 January 31st edition. These six singles run the gamut from indie psych rock and quirky synth-funk to mellower folk-pop and singer/songwriter fare. Let’s get started with one of two collaborative projects featured today. 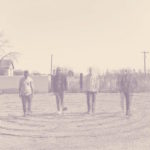 If we gave out awards for favorite indie labels at the end of each year, Mexican Summer would be in the running thanks to their Marfa Myths EP series. These releases showcase collaborative efforts between impressive indie artists, including Cate LeBon and Deerhunter’s Bradford Cox, Ariel Pink and Weyes Blood, and now Dungen & Woods. This is the musical pairing you never realized you needed.

“If you close your eyes you’ll see…” is one line from “Turn Around” you’ll be humming for the next few weeks. This song’s breezy, summery psych pop tones invite you to do just that: close your eyes and become lost in the stunning joint effort of these two indie bands. The collaboration between Dungen’s Gustav Ejstes and Reine Fiske with Woods’ Jeremy Earl and Jarvis Taveniere is impressive: both groups transcend geographical and language differences to create a fluid stream of dreamy, psychedelic folk-rock. The lyrics “There’s a vision of light trapped inside your brain” take on new significance as Dungen & Woods invite you to view their prismatic visions. Do yourself a favor and take a long, engaged look. 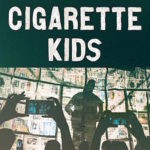 Sego have maintained a fairly low profile since dropping their last single (the infectiously buoyant “Whatever Forever”) in late 2017. Hopefully that’s because the duo of Spencer Peterson and Thomas Carroll have been hard at work on an album. (Knock wood.)

“Cigarette Kids” is a bold display of their talents. They take an otherwise straightforward hook and transform it into pure ear candy with an hypnotic bass line you can’t get out of your head. If you threw Arcade Fire into a studio with The Strokes and Caveman, they might craft a tune as irresistible and fun as this. But the difference between those bands and Sego is simple: the guys in Sego understand that a little bit of vintage goes a long way. They keep the echoes of ’80s New Wave to a minimum which allows the indie rock elements shine. Look no further than “Cigarette Kids” for that perfect balance of retro and modern.

This single is out now on Amazon while the group’s back catalog is available at Bandcamp.

Wye Oak – “The Louder I Call, The Faster It Runs” (Baltimore, USA) 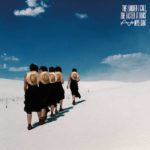 Speaking of Marfa, Texas – that’s where Wye Oak partially recorded their upcoming album, The Louder I Call, The Faster It Runs. Since the American indie folk-rock duo hail from there and Baltimore, the album is a hybrid product born of vastly different climates and styles. The album’s title track bears both East Coast energy and Texas warmth, fueled by Jenn Wasner’s powerhouse vocals and Andy Stack’s driving percussion.

The music world took a few years to recognize Wye Oak. The title track from their 2011 album, Civilian, caused jaws to drop worldwide and brought deserved recognition. If this single is any indication, their new album will surpass Civilian. That album was stark and emotionally raw; this song is vivid and forward-focused. The album’s release date of April 6th can’t arrive soon enough.

Bandcamp and Merge Records have pre-orders while the band’s website has a full list of 2018 tour dates that begin February 16 in New York City. 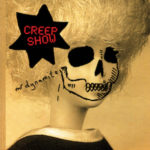 Fans of John Grant feel like they belong to an exclusive society that involves secret handshakes. Hearing a Grant tune wafting from a stranger’s earbuds usually results in a wide-eyed, raised brow nod of approval due to his indie cult status. Now after releasing four solo albums this decade, Grant is teaming up with a few equally talented musician friends for a fun, quirky project called Creep Show.

“Modern Parenting” is a musical Frankenstein – a creation borne of madness and mayhem – that could only work with John Grant at the helm. Yes, we realize “Gothic synth funk” isn’t an actual genre. But imaginative expression transcends genre boundaries, so just go with it. Go on; open the creaking door that leads into the Tim Burton-esque musical world created by John Grant and former Cabaret Voltaire frontman Stephen Mallinder. “Modern Parenting” is a funkified fairytale brought to life.

Pre-order the group’s debut album, Mr. Dynamite, from Bella Union or iTunes ahead of its March 16 release date. 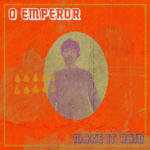 If you’re feeling daring, take a stab at identifying the genre for this dazzling gem from Irish band O Emperor. The only rule is this: use just three words. So what’s your verdict? Indie folk pop? Folksy baroque psychedelia? Or is your brain so melted from the freshness that you can only mutter “Damn, that’s brilliant!” repeatedly? If it’s the latter then we sympathize from first-hand experience. There is simply no easy way to label these guys, a conundrum that makes them all the more appealing. They have shed the Kodaline-meets-Calexico tones of their 2012 debut, Hither Thither, and revealed a maturer yet ever kaleidoscopic sound.

“Make It Rain” fuses the experimental whimsy of John Grant and Mac DeMarco with the rich textures that make Dan Bejar (Destroyer, The New Pornographers) such a delight. The result here is a heady song that never takes itself too seriously. Instead, “Make It Rain” makes you want to plunge into its technicolor waters and explore the depths below. Perhaps there is a new album waiting to be discovered down there? Time will tell.

Until a new album arrives, you can find this single on their Bandcamp page. 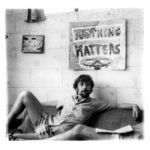 If you need refuge from the world, you can find it amidst the billowy layers of dreamy folk-pop on this gorgeous single from Benjamin Lazar Davis. While you may not recognize his name, this member of Okkervil River makes lush music your soul will instantly recognize as therapeutic. With its dream-folk vibe that evokes both The Beatles and Sufjan Stevens, it’s hard not to fall under the spell of “A Love Song Seven Ways” from his forthcoming debut album, Nothing Matters.

This gem of a tune begs to be heard while basking in some filtered afternoon sunlight. Even if the weather outside your window remains in the single-digit range, you’ll be too nestled in this song’s cozy, chamomile-ayahuasca warmth to notice. Say hello to instant bliss.

Nothing Matters arrives April 20 from his own 11A Records with pre-orders on Bandcamp.