The Matinee ’18 February 2nd is filled with music that will help you overcome the Friday blues and prepare you for the weekend. There is a tune from one of punk’s / indie rock’s biggest artists as well as songs from two of our Artists to Watch. If you’re looking to get a pop fix, you’ll get that, too, today. We start things off, however, with the latest single from a young woman who mesmerized us from Day 1.

Cloves – “Bringing The House Down” (London, England via Melbourne, Australia)

And at long last, Cloves‘ debut album is coming our way. Known to friends and family as Kaity Dunstan, Cloves has long been on our radar since she stunned us with her debut single, “Frail Love”. We’ve anticipated massive stardom for her, first in 2016 when we listed her as an Artist to Watch and then once again this year. We were more positive 2018 would be the year since Dunstan confirmed she was finishing her debut LP, which is expected late in 2018 via Universal Music Australia. To offer us a taste of what is to come, the Melbourne-born, London-based singer-songwriter shares a dazzler with “Bringing The House Down”.

Her trademark neo-soul bubbles to the surface, reminding us of a young Amy Winehouse who first amazed audiences nearly two decades ago. But like the first time we heard her, we are done in by her smokey vocals, which have us on our knees and pleading to hear more. Her songwriting, too, shows the maturity beyond her 21 years, as she takes the typical love song and turns it into an emotional burner about holding on and finding ways to “fuel the fire in you”. She’s going to be a star.

Remember the days when schools had Sadie Hawkins dance, where the girls were encouraged to ask the boys to dance? Apparently these events now extend outside the gymnasium, as Deidre & Dark are hosting their very own Sadie Hawkins Dance on Sunday, February 11th at Elsewhere in Brooklyn. To get the party started a little early, they’ve shared a groovy and fun single, in “Come On”.

Echoing the upbeat pop of the ’80s, one of our favorite bands of the past two years deliver a sugary earworm that will make you want to…DANCE! It’s the perfect tune for any party with the sweet melodies and Deidre Muro’s catchy vocals. Her lyrics have a Sadie Hawkins vibe, as she sings about wanting to keep her one and only close to her heart. When she says something, we should listen. After all, it’s no longer a man’s world out there because the present and future are female.

The single is out on YouTooCanWoo.

Frank Turner is back with a track off of his upcoming album and “1933” is the newest release. The track was written while touring the US in 2016 during the heated elections. It’s a punk heavy track that is an easy slap in the face to the current presidency with the lyric “A shower of bastards leading the charge”. The song title is also the year that the Nazi regime took power in Germany.

The new album will be both personal and political and was produced by Austin Jenkins and Joshua Block, formerly of psychedelic-rock Texans White Denim, and Florence And The Machine and Halsey collaborator Charlie Hugall. Mr. Turner wanted a nice sonic variety on the new album and with “1933” it sounds like we will be getting just that with an urgent punk-inspired rock track getting his fans all hyped up.

Turner’s new album, Be More Kind, is available May 4th via Xtra Mile Recordings, Polydor Records, and Interscope Records. He also kicks off a worldwide tour in April. Tour dates can be found here.

The Ghost of Helags – “Anthem (We Came From The Stars)” (Sweden and Berlin, Germany)

The list of bands and artists who can make music that causes you to smile and gasp for a breath is pretty short. On it is unquestionably The Ghost of Helags, who since 2015 have made us do double and even triple takes every time they release a new single. There is something incredibly calming, warm, and mesmerizing about their ambient electronica, such as on their new single, “Anthem (We Came From The Stars)”.

As the title suggests, the song feels like it came from another galaxy or dimension, where a beautiful object emerges from the skies and we cannot keep our eyes off it. We’re left hypnotized by the delicate beats, the gentle vocals, and the stirring strings that fill the air. Maybe this object will take us away and we will indeed be hers, but we don’t mind if the destination is as beautiful as this magnificent number.

The Ghost of Helags have signed with AWAL. It’s about time.

“Do Right” is the newest release from synthpop trio GLADES. The track is quite addicting as soon as the beat kicks in and Ms Wykes’ silky smooth vocals begin. The trio have been consistently gaining fans as the track has over 11m+ spins on Spotify.  If GLADES continues to release expertly crafted synth heavy tunes with heartfelt lyrics, it’s only a matter of time before they are picked up by a label and pushed into the mainstream.

The band shares a bit about the track from their Facebook page: “this year has been a crazy one to say the least. our hearts have continually been broken by the messed up things that keep happening in our world. so we wanted to write a song about looking out for each other and treating each other right. it’s a timely reminder that love will always win against hate.”

Another of our Artists to Watch for 2018 shared a new song yesterday, which only has raised our blood pressure further as we await the arrival of her debut album. With “Cellophane”, indie rocker Grace Vonderkuhn has confirmed our belief that she could very well be a new generation’s Liz Phair.

The song is gritty, gnarly, and angsty, as her distorted guitar intensifies throughout the five minutes. Her lyrics, meanwhile, are both menacing yet revealing. She indicates she’s been wounded, but she won’t be laid to rest. She exclaims that she is down, yet she will continue to move forward and not feel any pain. These are the words of not just a single woman but millions of people who continue to struggle and battle to overcome an abuser, a manipulator, or a mental illness. This is an anthem for all the survivors and a big middle finger to those who would keep people down. Like we said, Vonderkuhn has the chance to be one of rock’s biggest influences over the next decade or more.

Her debut album, Reveries, will be released February 23rd via Egghunt Records. Pre-order it on Bandcamp.

Here comes the next great indie-rock band, who unsurprisingly come from New York. Remember the name Olden Yolk, who are Shane Butler of Quilt (one of our favorites) and multi-instrumentalist Caity Shaffer. These two will at the end of the year be among the most talked about “new discoveries” in the music world (although it might take the Grammy’s five to ten years to discover them). They’re already released one single in the dark and trippy folk-rock tune “Takes One To Know One”, and song number two is equally memorable.

Shaffer’s husky vocals are a blend of Angel Olsen and Midnight Sister’s Juliana Giraffe with the vivid storytelling to match. Any tune that references Don Quixote is an automatic winner by our books. Musically, the psychedelic-folk tune echoes of Woods and Land of Talk, where you’re left swaying like a flower be blown side-to-side by a mid-summer’s breeze. And this swaying also describes the song’s theme. As Shaffer explains, “Vital Sign” describes “two sides of a coin. It references feelings of isolation and paranoia felt during periods of illness and confinement, as well as the emergence from such an experience, in recognition of the trials that bind us (‘it could have been you too’). The song begins with a reflective moment which quickly reaches a breaking point, accentuated by screeching strings and bellowing background vocals.”

This is a band going far, far places. Their eponymous debut album arrives February 23rd via Trouble In Mind Records, and it can be pre-ordered on Bandcamp.

OTR is Ryan, a former aerospace engineer turned producer and “Bliss” is his newest release. It’s a super smooth electronic gem with soulful vocals courtesy of Ashley Leone. The combination of stellar production and fluid vocals make for the perfect track to spin this summer with your lover in tow. Just as the lyrics describe, the track is well – blissful.

The lyrics capture the complete highs one can feel from a new or longstanding relationship that beams with all the feel good positives.

OTR shares a bit about working with Ashley Leone: “When I first started thinking about vocals for ‘Bliss’, I knew I wanted something dynamic that fit seamlessly with the track. I was taken aback when up and coming singer, Ashley [Leone], sent me her demo. Her delivery had a heavy punch to it and it immediately filled the room with energy.”

RIYL: The Academic, Circa Waves, Coasts

“Born to Be Whole” is the newest release from Scottish duo Prides. The track is a real account of how relationships go. It’s heartfelt with real lyrics “You never did stand for my shit” and totally sweet ones “There’s a talk of how we’ll be when we’re old – there’s a thing that we have: Two puzzle pieces born to be whole”.

This song pretty much sums up the good, the bad and the everything that is rolled into complex relationships. Even though it sounds like this relationship ends, the lyrics beg for every listener that’s in a current relationship to cherish it. “Born to Be Whole” is pretty much a modern day ballad with an awesome 80s flair. It’s also one we keep hitting the repeat button over and over.

Prides are Stewart Brock and Callum Wiseman. “Born to Be Whole” is from their upcoming release A Mind Like The Tide: Part Two which will be out March 30th 2018. 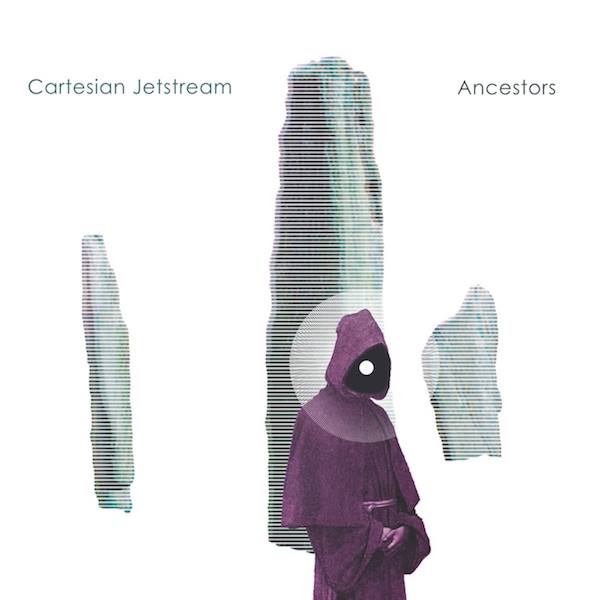