When life, liberty, and the pursuit of happiness come under threat from those who are supposed to protect, music becomes our rallying point. Politically-charged and unrelenting rock ‘n roll becomes our anthems. Such times would feel incomplete if Thurston Moore stayed silent. Fortunately the veteran rocker is not one to sit on the sidelines. The other day he released a titanic single in “Mx Liberty”.

The reverb-filled guitars are back along with the urgency and angst of his Sonic Youth days. It’s the type of song we’ve grown accustomed to hearing in a dank basement bar in New York, where we thrashed in the sweaty throes of the band’s gritty rock. But we also came for the message, and Moore again describes our frustration and anger. Here he describes our desire to bring down the zealot who threatens our well-being and the very essence of America.

“Mx Liberty” is part of a split 7″ that includes “Panik”. Blank Editions is releasing it, and it can be purchased here.

This sonic Venus flytrap beckons you in with honey-sweet vocals before clamping down with fierce, biting rock ‘n roll. Hold onto your faces, people: Thunderpussy ain’t pussyfootin’ around. On their new “Torpedo Love” single, the Seattle four-piece crank the volume and the attitude. Their take-no-prisoners approach to music performance guarantees that every note is delivered with maximum gusto and zero bullshit – even if the extended intro is a red herring.

The song’s first minute recalls the gauzy girl-band ballads of the ‘90s, a time when Mazzy Star and The Sundays strummed lightly on their guitars. The next four minutes recall the full-throated, unbridled delivery of Concrete Blonde and even Janis Joplin. The rawness of this band reminds you of a time when women first made waves in music. When “Torpedo Love” ends, you will find you can’t hit the repeat button quickly enough. This song is your new anthem.

“Torpedo Love” is out now on iTunes via Stardog Records / Republic Records. Check their website for an updated list of tour dates.

From veteran rockers to a newcomer who will soon be making waves across the world, get to know Therese Lithner, We predict this artist will become known as Sweden’s St. Vincent. As demonstrated on her brilliant debut single, “Drown”, the young artist from Umeå demonstrates her growing guitar talent, her gripping songwriting, and an innate ability to mix daunting drama with hypnotic effect. The result is a song that will have you saying, “Wow!” Particularly, wait until the 2:54 mark when your mind just might explode.

It’s hard to comprehend that this is Lithner’s first song. The world is hers for the taking, and we cannot wait to see her reign. Her ascension to the throne of indie rock begins later this year when her debut EP is released on Lazy Octopus Records.

Somehow the first four singles from Los Angeles-based Pure Mids escaped our notice last year. And somehow, for some equally inexplicable reason, the band remains unsigned. If you also missed out on those singles, never fear: they just released their debut album, Optimistic-ism, last week. This LP is your cue to be an early cheerleader for the dreamy surf-wave band whose approach is equal parts Tame Impala-esque neo-psychdelia and the dreamwave of Wild Nothing. As evidence, just listen to the spellbinding “The Leader”.

This trio of multi-instrumentalist William Gonzalez, producer/multi-instrumentalist Steven Martinez, and drummer Daniel Jurado seamlessly weave trippy synths, probing rhythms, and dreamy vocals. The result feels like a glorious hallucination from which you never wish to awaken. One moment you feel like you’re floating above the clouds and watching the world move slowly below; the next you feel you’re on a disco floor and spinning in one spot absorbing the lights and music around you. If only the world were as beautifully rich and mellow as this tune.

You can find purchase and streaming links for Optimistic-ism here. 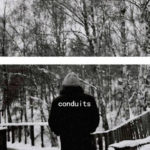 Bargery’s vocals are warm as ever here, though there is greater depth to this song beyond the lyrics. This band that had begun as a one-man project now includes additional musicians whose contributions enhance the foundation Bargery has laid. Their breezy harmonies shift the overall Mt. Doubt sound further from the “pensive indie folk rock” label and closer to the “intimate, intelligent indie folk pop-rock” end of the spectrum. The thoughtfulness is still there; now it’s just a bit brighter around the edges. After all, sometimes Scotland does have sunny days. Mt. Doubt manage to capture that beautifully on this song.

You can find “Conduits” on Bandcamp courtesy of Scottish Fiction.

Bloody hell, we’re in love. Where has Lazy Day been all this time when our forlorn souls were begging for a champion to comfort us? Clearly they are a band fluent in the language of minor-key melancholy. This is why we likened them to a female version of The Smiths – not because they have a Mancunian ’80s pop sound, but rather for the way they tug at our heartstrings with their brooding yet charming brand of dark pop-rock.

What is most striking about Lazy Day is their ability to surprise you at every turn, whether with unexpected chord progressions or the subdued vocal delivery of frontwoman Tilly Scantlebury. Her rich alto timbre has a seductive quality that hints at power not revealed. So, too, is the band’s instrumentation: you sense they could really unleash a torrent of sound but instead take a more tempered approach. This reservation, this sly wink only whets your appetite for more. Hopefully 2018 will be the year they release a full-length follow-up to last year’s Ribbons EP. It’s available on Bandcamp while this 7″ single is out now on Art Is Hard Records. It also comes with a little zine, so get it here.

RIYL: Slowdive, My Bloody Valentine, Son of the Velvet Rat 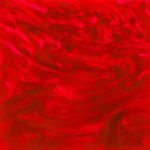 If you have ever driven from Las Vegas to Los Angeles, you know how desolate and haunting the highway can be in certain parts. That road casts a spell on lonely travelers, especially those who find themselves stranded under a full moon at three in the morning. The spooky, electrifying force that makes your senses tingle tells you to run, but you’re too spellbound to move. This cinematic imagery is exactly what Holy Motors evokes in their new single, “Signs.”

The emerging shoegaze band from Estonia reveal their talents on this mesmerizing song. Beneath the brooding layers of reverb-drenched guitars to the languid vocals flows a river of deep emotions poured into a minor key. The intensity of Slowdive mixed with the coy intimacy of Mazzy Star: this is the future of shoegaze.

We don’t often use this phrase, but now seems like an apt time to pull it out of our proverbial band of superlatives. Nashville outfit ELEL‘s new single, “Be Yeah”, is catchy as fuck. Seriously, we dare you to not move to this tune. Whether you’re sitting at home or out in public, some part of your body – if not all of your limbs – will be frantically moving to its irresistible riffs. Sure, it’s only early February, but this tune has earned a place on our “Songs of the Summer” playlist.

The song has the feel of electrified Beck meets Portugal.The Man with Fitz & The Tantrums providing the horns in the background. When you have this combination, the result is clearly a song meant for weekends, parties, long road trips, and most importantly, having a good time. Heck, even the nonsensical lyrics add to the song’s enormous entertainment value. Damn, this song is simply awesome.

Charly Bliss – “The Way You Wear Your Head” (Brooklyn, USA) 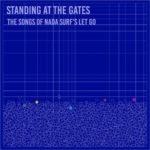 This time next month the Nada Surf tribute album “Standing At the Gates: The Songs of Nada Surf’s Let Go” arrives on vinyl. It features some of indie music’s hottest artists reimagining the 2002 classic album – from Aimee Mann, Manchester Orchestra, and Ron Gallo (whose take on “Happy Kid” we featured last month) to future indie legends Charly Bliss. They may not have been around as long as Aimee Mann or Nada Surf, but this Brooklyn-based indie band pull off a difficult feat: they deliver a version of “The Way You Wear Your Head” that is just as good, if not better, than the original.

Frontwoman Eva Hendricks infuses this track with a freshness that indeed breathes new life into this tale of euphoric new love. Since Valentine’s Day is just around the corner, you can surprise your loved one with this album while also supporting two worthy causes. All proceeds from the album will benefit the ACLU and The Pablove Foundation.

The album is available now on iTunes while the vinyl and CD versions arrive March 2. 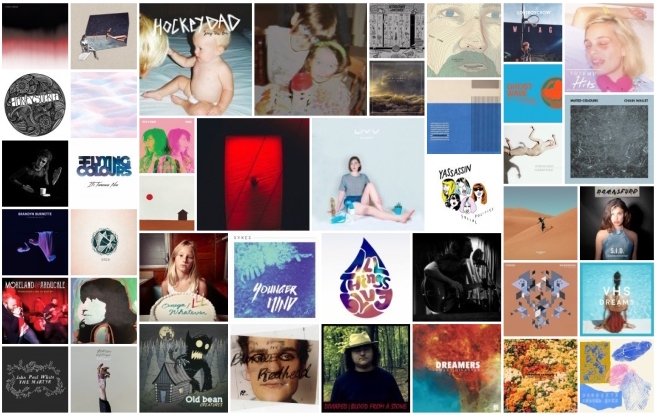 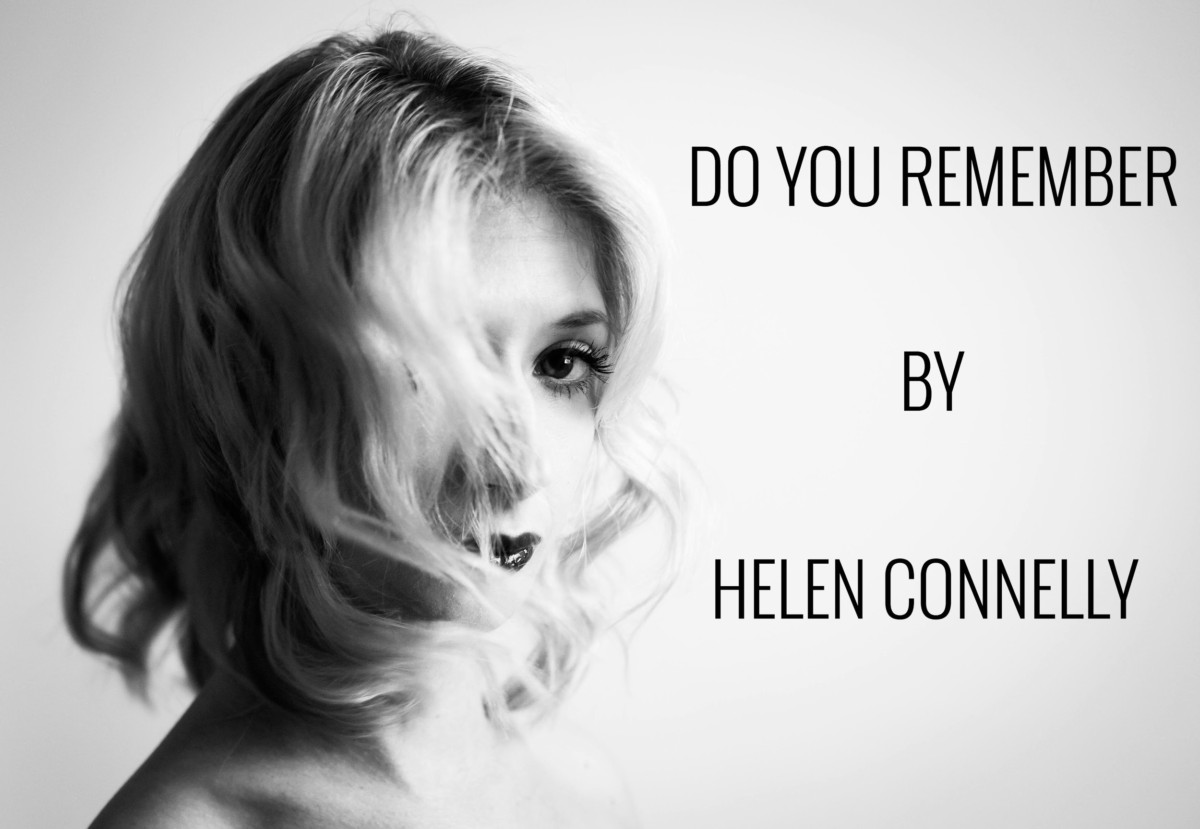