The Matinee ’18 February 9th has a bit of a sunny disposition, featuring songs that will warm your soul and steal your breath away like a beautiful sunset. You’ll find some shoegaze and psych-rock, indie rock to cinematic indie pop, something whimsical yet witty, and a slice of disco. Sit back and let the music below be your guide to the weekend.

Is there anything better than a great piece of shoegaze? Not in our humble opinions. Very few genres can leave you simultaneously breathless, mesmerized, and rocking hard. When the combination is perfected, such as on Danish trio Catch The Breeze‘s new single, “Paper Lanterns”, the effect is one of wonderful bewilderment. The soundscape is a combination of the sweltering intensity of Explosions in the Sky and the lush devastation of Slowdive. Then add in Aage Hedensted’s transfixing vocals and a story about catching the current and be sent faraway, and pure bliss is achieved. Dazzling. Absolutely dazzling.

Mysterious and enchanting. Like a seductive sorceress emerging from the depths of the darkness to steal our attention away from everything around us and lure is into her world. That is the spine-tingling effect of Diamond Thug‘s new single, “Choo Choo”.

Echoes of Portishead in their infancy filter throughout the track, particularly the trip-hop production and the lush vocals of front woman Chantel Van T. Like the legendary English band, the Cape Town four-piece delicately entrance us at the beginning before enrapture us as the soundscape turns sinister and foreboding with the arpeggios, guitar melodies, and varying synthesizers flooding the air. But what does “Choo Choo” exactly mean? It’s two individuals hurtling towards each other like knights in a joust competition. In this case, the knights are two quarreling lovers, whose weapons are words, actions, and silence. Who wins is unknown, but then again does anyone win when they arguing? And who are we to argue with the notion that Diamond Thug have the chance to be South Africa’s greatest musical export.

Meet the Icelandic version of Brian Jonestown Massacre in Faced Of The Walls, who are just an old-fashion psychedelic-rock group. Their new single, “Stoned”, won’t blow you way for the lyrical content – although you’ll be amused by their tribute to cannabis – but they’ll send you for a ride with their trippy, hazy sound. Check that, they’ll get you high just by listening to their swimmingly hazy approach. Seriously, you should not operate heavy machinery when listening to this tune because you just might find yourself getting a little lightheaded and, well, stoned.

Heck, just writing this left me a little delirious.

Frankie Cosmos‘ rise to indie prominence is a familiar one – under-the-radar band playing little gigs, slowly gaining a a sizeable following over the years, and then signing with a couple of cool labels (Bayonet Records and now Sub Pop). It’s taken a bit of time – front woman and project mastermind Greta Kline has been performing for 9 years and since she was 15 – but we can officially say Frankie Cosmos have arrived. As more and more people get on the bandwagon, Kline (vocals/guitar), David Maine (bass/vocals), Lauren Martin (keys/vocals), and Luke Pyenson (drummer) are releasing a double LP. Vessel is really two sides of Frankie Cosmos – sharing new material and re-releasing old songs, including when Kline performed under the moniker Ingrid Superstar. One of these “older” songs is “Being Alive”.

This tune has been remastered and extended by about 30 seconds. It displays, however, the outfit’s infectious, emotive indie-pop-rock and personal lyrics. Jangly at times and reverberating with the punk ethos that dominated NYC’s underground music scene in the ’70s (namely in the percussion and lyrics), “Being Alive” is a song for anyone struggling with depression or anxiety or maybe feeling like an outsider. Despite the inner turmoil that is happening, Frankie Cosmos encourage us to be fight and realize there is something worth living for. We just need a little help to find it. No wonder so many people love this band (us included).

Frankie Cosmos’ 18-track new record, Vessel, will be released March 30th via Sub Pop. Pre-order it on Bandcamp. The band will be heading out on tour in April, and initial dates are available here.

For a dozen years, King Tuff, the project fronted by Vermont-born Kyle Thomas, was synonymous with modern psychedelic rock, ratcheting familiar reverb-drenched riffs coupled with an upbeat and often times a whimsical approach. Comparisons to the Flaming Lips were often mentioned since their music simultaneously rocked and entertained. As their fifth studio album approaches, the band has reinvented themselves, and the results are smashing.

As revealed on “Psycho Star”, we can now also add the terms groovy, funky, and deliciously disco to King Tuff. Traces of their psychedelic past remains, but this scintillating number echoes the widescreen pop dynamics of Portugal. The Man. It’s not only in the music that Thomas and friends have changed; they’ve also turned into lyrical poets. The lyrics in the song are tremendous, as Thomas describes how surreal the world is today. Surely, we must be traveling to another galaxy or living on this “strange little star”, where “chaos and confusion” reign. If only this was just a dream, but we can momentarily escape reality thanks to this gem of a number. Outstanding.

King Tuff’s new album, The Other, comes out April 13th via Sub Pop. This should be one of the year’s most exciting records.

Just when we thought Ought were going to release an album filled with political numbers after sharing “These 3 Things”  and “Disgraced in America”, they share a “love song”. Well, “Desire” is a love song done in a style that is prototypical Ought – completely unexpected and unpredictable. It’s one part a classic, folk-pop ballad that tinges with Roy Orbison, and it’s another part groovy R&B a la Terence Trent d’Arby. Then there is the brooding and oft-kilter tenor of Tim Darcy, which is incomparable. For good measure, the band infuses some delicious horns and a 70-piece vocal choir to add a slice of cinema. It’s a little weird, extremely cool, and 100% Ought. All these things are great by our books.

England is the factory that consistently and constantly produces anthemic indie pop-rock bands. These are groups that get you up dancing and at the very last shimmying your shoulders as you sit staring at the computer or the smartphone. The Wombats, Echo & The Bunnymen, and Sundara Karma are just some of the bands who fit the bill. Soon to join them are Sad Boys Club, a relatively new outfit from the great city of London and who deliver an euphoric tune in “15/01”.

The sweltering guitar hooks, the groovy rhythms, and the titillating keys combine to create an intoxicating and smile-inducing atmosphere. If the weather was warmer outside, this tune would be perfect for playing with the top down as you cruised along the shoreline. But don’t let the catchy melody fool you. Like their peers, they’ve written a great story, looking introspectively at why they’re in their current situation and trying to find a way out. With this combination of great songwriting and euphoric music, we may have found another new favorite.

Totally Mild – “From One Another” (Melbourne, Australia) 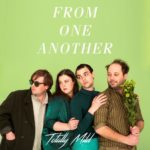 Put on our favorite summer outfit, put on the sunblock, and don the shades because Totally Mild‘s shimmering new single, “From One Another”, will remind you of the warmer months to come (or already being experienced in the southern hemisphere). The song is a right out of the pages of Camera Obscura and Belle and Sebastian – a gentile and splendid indie-pop number that leaves you feeling all warm and fuzzy inside. The jangly guitar riffs and the percolating bass line further add to the track’s surf vibe. Time for us to head to the beach and just bask in the glow of this single.

Totally Mild’s sophomore album, Her, is out February 23rd via Chapter Music. Get it at the label’s site or on Bandcamp. The band is comprised of Elizabeth Mitchell, Zac Schneider, Lehmann Smith, and Ashley Bundang.

When we first came across Why Bonnie a month ago when they released “Made of Paper”, we said that we may have found one of our favorite discoveries. Forget the word “may” and change it to “have” because “Practice” has us dying inside. This song is truly an “OMG” moment and a piece of dream-pop perfection. The song builds wonderfully, grabbing hold of you with every searing guitar riff and synth and the stunning vocals of Blair Howerton. Her lyrics deliver an emotional knockout, as she explains how we’re never ready for heartbreak or any event that can devastate us. Not even repeated “practice” can prepare us for that moment where everything feels like it’s falling apart.

Our favorite discovery of 2018 so far.

Why Bonnie’s new EP, In Water, is out next Friday, February 16th via Sports Day Records. Pre-order it on Bandcamp. 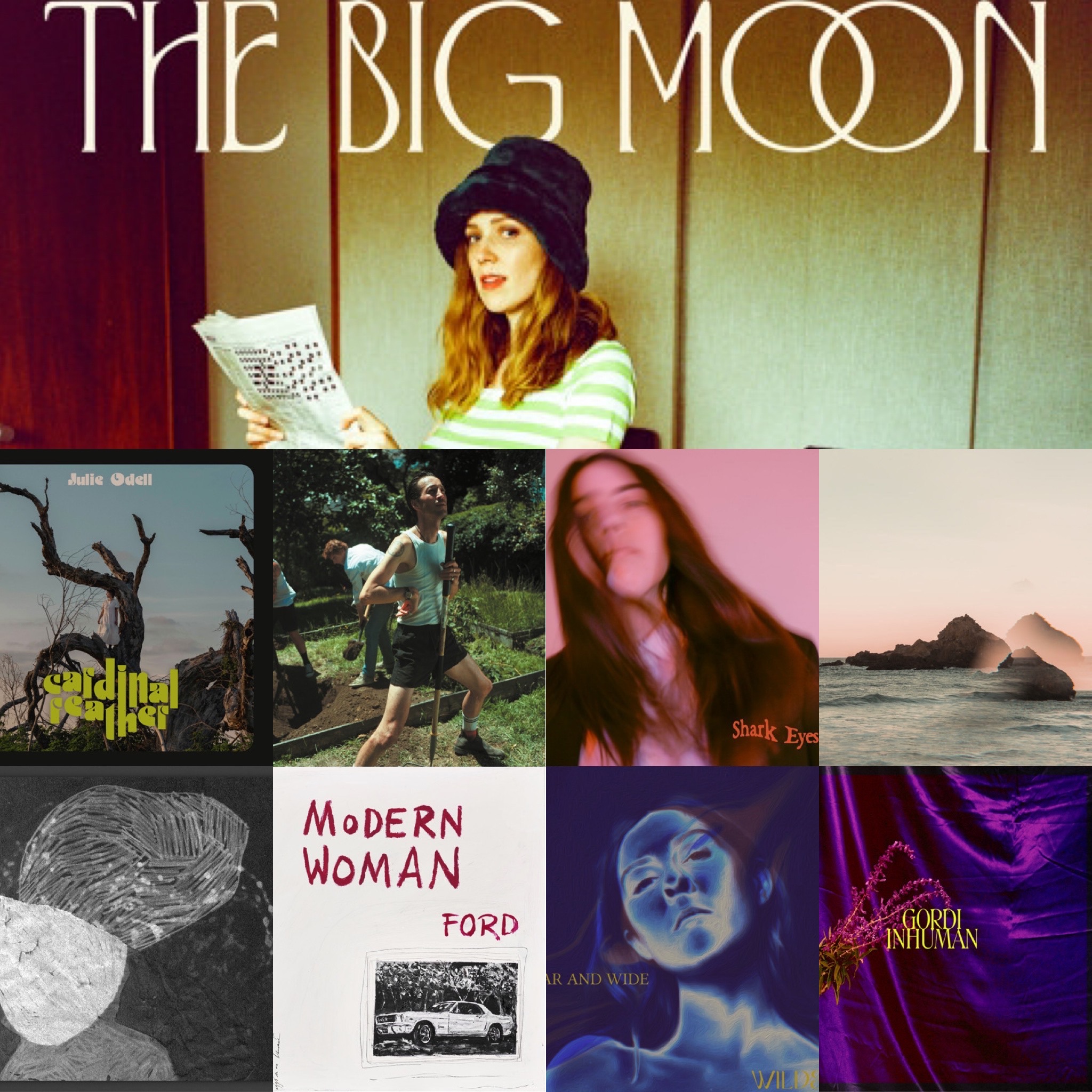 The Matinee May 30th 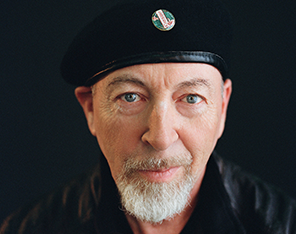