The Matinee ’18 February 16th is full of surprises with a few all-time favorites unveiling new songs to go with tracks from fast-rising “newcomers”. There’s a bit of almost everything below, from rockers to slow burners to melodic ballads. Happy Friday everyone!

We still remember the day – one of our first days in existence and just before Courtney Barnett‘s star exploded – when we exchanged a couple of tweets with the Melbourne-based singer-songwriter. This occurred when her video for “Avant Gardener” came out, and we asked her for the name of the guy who looked like Dylan. She immediately replied and told us it was the talented Fraser A. Gorman (and she said she would pass on the compliment). That moment forever won us over, and her affable nature remains in her actions (she still takes photos with fans) and her music. She’s arguably the most down-to-Earth global sensation on the planet.

Further cementing our adoration for her comes a new album with a bolder and edgier sound, at least that’s what her new single, “Nameless, Faceless” indicates. Whereas her previous efforts were playful, sometimes whimsical, and always poignant introspective and social observations, this time she’s taken a more straightforward yet outward approach. An edgier, more punk-rock vibe is evident on the track, which perfectly complements Barnett’s more serious tone. She explores fear, anxiety, and isolation, which are emotions that have overtaken much of the world. Her lyrics are biting, yet as always hit the mark.

Barnett’s sophomore album, Tell Me How You Really Feel, is out May 18th via Milk Records (AU/NZ), Mom + Pop Music (North America), and Marathon Artists (Europe). She’s heading back on tour, which includes a stop at Newport Folk Festival. Initial dates are available here.

Just when we thought the surprises ended, Swedish ethereal prog-rockers The Amazing dropped their first single since their outstanding 2016 album, Ambulance. On “Pull”, however, they go about more shoegaze-y – or dreamgaze if you will – to deliver a truly stunning number.

The song’s immense beauty and Christopher Gunrup’s enthralling vocals immediately swarm over you, as if the most wondrous tidal wave of color and sound has struck you. There is, however, no reason to resist its strength and current, but instead to succumb to its pull. To “sleepwalk” arm-in-arm with Gunrup, Reine Fiske, Fredrik Swahn, Alexis Benson, and Moussa Fadera and to tell that special someone you will go to the ends of the universe with her or him. This song is simply amazing (it had to be said).

“Pull” is out now via Partisan Records. We can only hope that a new album is on its way.

And then there is another surprise, as Victoria Legrand and Alex Scally, who are better known as Beach House, dropped their newest single, “Lemon Glow”. The duo’s music has always been characterized by what we like to call dreamy dexterity. No matter what they craft, they consistently take us to intimate, exotic, and often euphoric places, and “Lemon Glow” is no different. Or is it?

While Legrand’s lush vocals remain, Scally’s production work is harsher and features a trip-hop darkness. Legrand’s synth, meanwhile, is imbued with a sharp, mechanical edge, which streams across the track like a knife piercing through the tension. Despite the more foreboding tone, the song is still incredibly intimate and dreamy. Legrand’s lyrics, too, possess a push-pull feeling. On the one hand, she “comes alive when you stay all night”; however, there is a mystic in the encounter where the two delve deep into one’s mind. It’s a tantalizing, post-modern love story that we shall dream about tonight.

“Lemon Glow” is out on Sub Pop. Beach House’s seventh album is hopefully around the corner.

DENNY have released a new single called “Something Furious”. The synth-pop trio have been releasing quality tunes as far back as 2015. While some older songs have since been removed from their sites, we are excited to witness the evolution of the band. “Something Furious” includes their most addicting beats and harmonies to date. The track is completely dance ready with the impressive vocal range of Alexander Rollins realized.

DENNY have a knack for creating emotive yet euphoric synthpop ballads that all beg for us to hit the repeat button. “Something Furious” follows along their signature craft yet has a bit of funkified pop shining through.  It will be the perfect track to add to your upcoming summer adventures.

The band shares that the track is “an angst-filled, sarcastic review of a youth spent in the safety of the American suburbs.”

With each song that LA-based quartet The Jacks release, the more our fandom grows, and their newest tune has us reflecting on our youth and to a time when Brit-pop and Brit-rock was at its pinnacle.

Reminiscent of Oasis and Travis, “Hello My Friend” is absolutely superb. It should be heard with your friends and family, so together you can appreciate the smooth guitars and the titillating rhythms. Afterwards, we recommend discussing how the song is the perfect precursor or lead-in to Oasis’ classic, “Don’t Look Back In Anger”. More importantly, however, listen closely to Jonny Stanback’s lyrics, and talk among each other and honestly express your frame of mind. If you’re feeling lost, confused, angry, or depressed, let those around you know and, as Stanback says, “don’t hurt till the end.”

The Jacks’ self-titled, debut EP is expected later this year.

While Cupid’s day was two days ago, we would be remiss to not share Jonathan Bree‘s newest single, “Valentine” because it captures the Kiwi’s brilliance and innovation. The composer, songwriter, and producer is easily one of the most creative forces on the the planet. On this number, Bree marries French film-noir, off-Broadway theater, and tantalizing bubble gum into one intoxicating elixir. Oh, and there’s a touch of crooning Michael Bublé crooning to add some further sensuality. Although unlike the famous Canadian, Bree isn’t trying to seduce anyone. Instead, he’s immortalized all his past and current lovers into this song. So romantic!

The single is from Bree’s forthcoming new album, Sleepwalking, which arrives May 4th via Bree’s own Lil’ Chief Records. This single is also available for purchase now on Bandcamp page.

New Portals are back with another track that takes the listener into a blissfully hypnotic state. The sleek piano and smooth beats provide an amazing euphoirc vibe that can be added to any chilled out playlist. The dual vocals are always a nice touch and “Inch” captures those relationships that are definitely waning.

New Portals continue to captivate their listeners with sleek production and super saccharine vocals provided by Ruth. “Inch”  is the first single released following last year’s Stereo EP. We hope to  hear more from the duo this year.

Ruth shares that “(t)he song is about the difficult decision to be made in a relationship when it seems like the spark has gone.”

While Olden Yolk – the new duo featuring Shane Butler of Quilt and multi-instrumentalist Caity Shaffer – have only released two, now three songs to date, one thing is clear – they’re not imitators. Instead, they’re inventors, carving out their own sound by mixing various genres into one exhilarating concoction. Their latest single, “Cut to the Quick”, evidences their creativity.

With Butler assuming lead vocals, the track merges Dan Bejar’s art-rock ingenuity, krautrock rhythms, the historic jangle-pop of Melbourne, and Whitney’s reinvention of ’60s folk-rock. The combination yields one infectious little jam that would sound perfect at Woodstock or for more modern tastes Pickathon. In other words, the song should be heard around a campfire where everyone can collectively experience its groovy rhythms and Butler’s cool vocals. But more importantly, Butler’s lyrics are the reason for heading outside, as he describes how we often forget that we are a community. It takes terrible acts like the Pulse Nightclub shooting in 2016, which he references in the song, to remind us that we live in this world together. So grab your mates, strike up a fire, and cherish this brilliant piece of songwriting.

Olden Yolk’s eponymous debut album arrives February 23rd via Trouble In Mind Records, and it can be pre-ordered on Bandcamp.

Meg Remy – a.k.a., U.S. Girls – unveils her new album, In A Poem Unlimited, today via 4AD. Whereas in the past much of her music featured looped vocals and beats, felt like shimmering club tunes, or were rapturous pop numbers, the songs on her eighth record offer more surprises, such as on “Rosebud”.

Instead of looking toward the future, she once again looks to the past for inspiration, namely to the flourishing disco scene of the ’70s. But with her deft production work, Remy hasn’t created another disco anthem. On the contrary, she’s written a titillating and haunting tune, where her soft vocals challenge one to free herself of her self-imposed imprisonment and to unlock the gates that lead to the depths of her mind. She sings with the cool, steely delivery of an assassin:

“Use those keys
And take a drive
To the back alleys of your mind.”

The rest of the album is equally mesmerizing, and you can order or stream In A Poem Unlimited here. 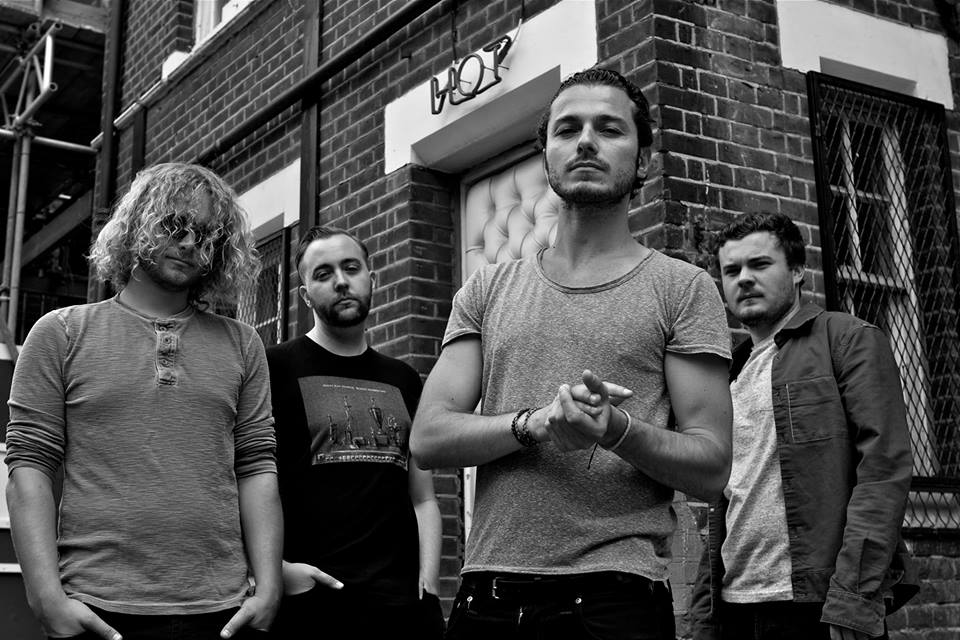 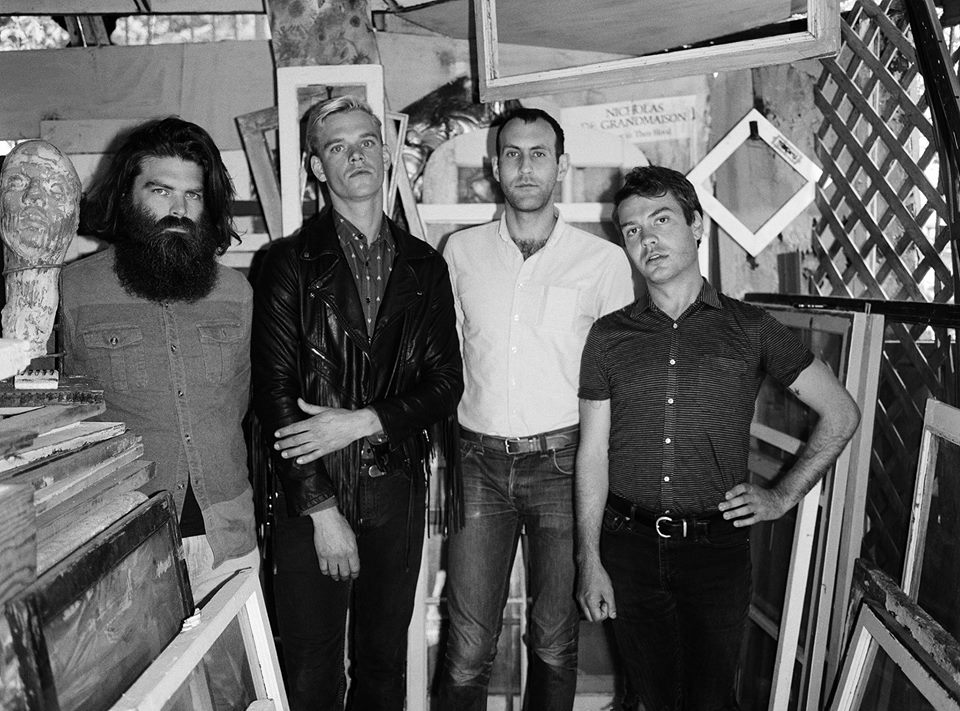 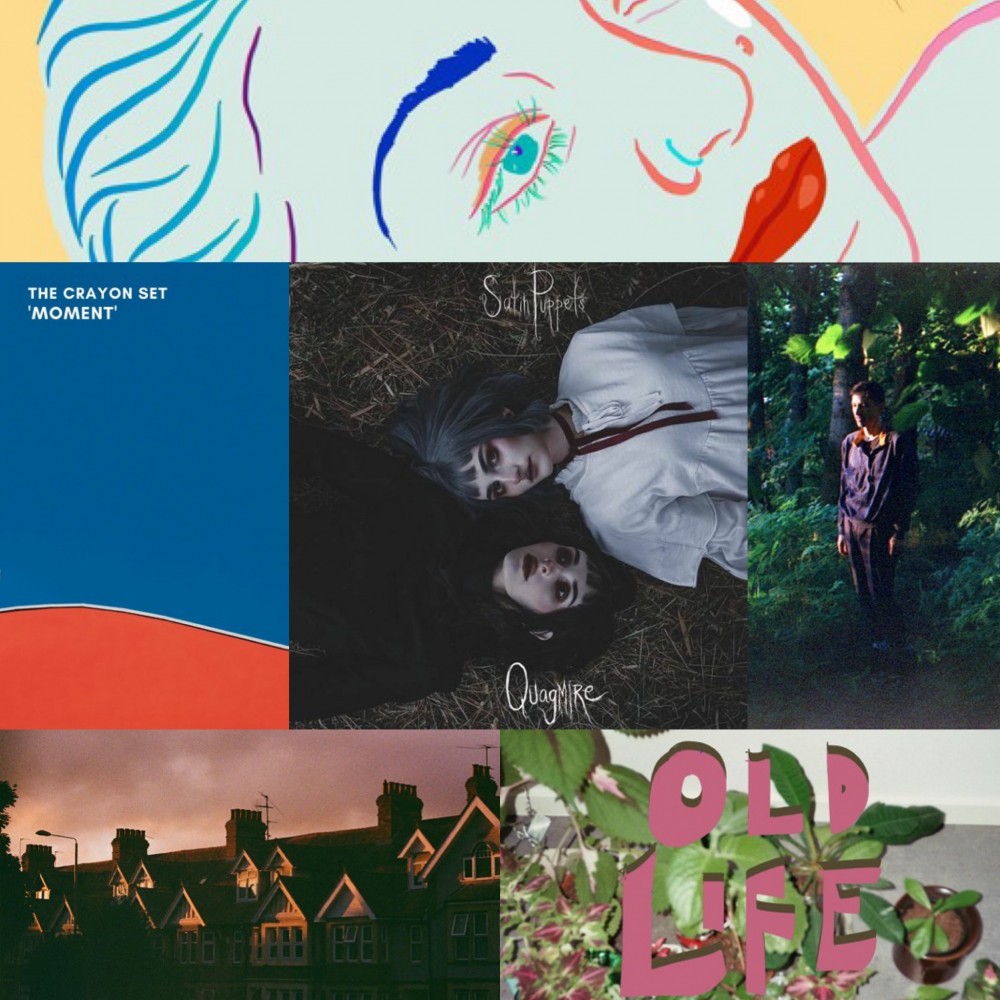