Just like the Winter Olympics, The Matinee ’18 February 20th is dominated by Norwegian artists. There is also a heavy dose of UK bands and only one group from the US. You’ll hear rockers, brooding dark-pop, some retro-soul, and stirring cinematic numbers.

The triumphant return of Black Gold Buffalo is almost complete. In about six weeks, their self-titled debut album will arrive (specifically on April 6th) via their own Buff Rekkids label. That day will mark a more than a half-decade journey for the quartet who showed the potential to be among the UK’s great bands in the early 2010s. Everything, however, happens for a reason, and maybe 2018 is the perfect time for the world to truly open its arms to a band who creates a spellbinding version of dark punk-pop-rock.

They’ve shared a couple of songs in the past five months, and yesterday they shared two more in “Start A Fire” and “Magnets”. The former is a tantalizing and gritty affair with Keziah Stillwell’s enchanting voice filling the air. She’s not serenading us, though, but sharing the band’s experiences with a shitty landlord. The later, meanwhile, as the band says, is a love song. However, it’s not the typical gushy tune with the filters of darkwave tones and Stillwell’s hazy vocals, as if she’s lost in her own contemplation of what the relationship means. Both are terrific tunes from a band about to re-launch themselves into the forefront of the UK music scene.

Anne Lise Frøkedal – or simply Frøkedal – is one of Norway’s great singer-songwriters. She’s the Nordic country’s equivalent to Ingrid Michaelson and Sharon Van Etten. Comparing her to Feist, too, would be apt because her songs are like elaborate and stunning pieces of poetry, such as her latest tune “Believe”.

As the violin-driven melody sways in the background, Frøkedal’s intimate vocals delicately soar like a bird gliding effortlessly in the wind. Her lyrics, though, tell a different tale. It is a message to herself to “Believe” in her abilities and not allow anyone to put her down. While the tune is a self “pep talk”, it’s also a song for everyone who needs a bit of encouragement. To anyone who needs a reason to persevere and overcome. In these days, we certainly can use all the positive reinforcement we can get.

The song is out now on Propeller Recordings. It is also the lead single from her forthcoming, sophomore album, which is expected in the Autumn of 2018.

Gundelach, the project of Kai Gundelach, first grabbed our attention a month ago when he shared the sublime and jaw-dropping “Duck Hunting”, which is an early song-the-year candidate. That was until we heard “Control”, which is another sensational tune.

The multi-instrumentalist and producer has crafted a truly mesmerizing number that steals your attention immediately, and its grip never loosens. The production work is delicate and breathtaking, setting the stage for Gundelach’s distant vocals and chilling lyrics. “I think I lost control again”, he utters at the beginning before stating, “You don’t how to feel to be alone.” It’s a startling admission of depression and loneliness, yet by now we shouldn’t be surprised by anything that the Norwegian does. The only thing that will startle us is if his new album, BALTUS, doesn’t emerge as one of the year’s biggest surprises. We’ll find out on March 16th when Terrible Records and Norwegian boutique label U OK release it.

It has been a little while since we’ve featured Joel Sarakula, the retro-soul artist whose Imposter album was one of 2015’s coolest outputs. He’s now getting to launch his sophomore record, Love Club, which is expected later this year, and he offers a sample of what to expect with “In Trouble”.

The song beams of late-’60s and early-’70s era soul and R&B when Curtis Mayfield and Ike Taylor were the big names on the scene. It’s a groovy, funky tune meant for dancing under the disco ball. It’s also perfect for a little trip through town with your partner in the passenger seat as you search for the evening’s hang out. If you find yourself in such a situation, heed Sarakula’s warning and try to stay out of trouble – but only after you spin this outstanding piece of the past.

RIYL: Jack White, The Who, Rage Against the Machine

One of the reasons that drew us to Atlanta-based MammaBear is that they are an old-school rock band. Whether it’s The Black Crowes, Led Zeppelin, The Who, or even contemporary rock gods like Jack White, the trio of Kyle Gordon, Troy Wolf, and Matt Greenia are channeling some of the all-time greats. They’re doing it, though, with youthful enthusiasm that turns their version of rock ‘n roll from fiery missiles to explosive bombs. Such is the case with their newest single, “My House”, which will blow your mind.

With a Pete Townshend-like heavy riff, this tune is a menace that will have you doing your best air guitar while pounding your head back and forth. Gordon’s vocals are harsh and assertive, as he aims his disgust at those who have made themselves unwelcome. Although the track alludes to his home, the number possesses a heavy, political undertone about self-control, autonomy, and independence. And in this sense, the band takes the form of Rage Against The Machine, who were never shy on taking on the establishment. Could MammaBear assume the mantle given the current climate? Let’s hop they do.

“My House” is the lead single from MammaBear’s soon-to-be-released album, SAY.

Now this is a collaboration that everyone should be excited for even if you are unfamiliar with Maria Kelly and Ailbhe Reddy. The young Dubliners possess two of the most beautiful voices on the planet. Voices which you could hear each and every day and fall in love over and over again. When paired together, something heavenly and enlightening occurs, which are the words to use when describing their single, “Threads”.

Find a comfortable spot to lay down, hit play with the repeat option on, and close your eyes. Then allow your mind to float within the stunning soundscape that echoes a peaceful day at the shore. Yet listen intently to their lyrics, as they tell a story of letting go and saying goodbye. It’s a stirring piece of songwriting that will cause you to shed a tear, remember someone who bid farewell too soon, or even have you contemplate your own mortality. Only the truly spectacular songs can yield such powerful emotions.

The song is out on Veta Records. Here’s hoping Kelly and Reddy will continue to collaborate in the future.

If you asked us before today what do you get when you combine shimmering shoegaze with the delicious delights of ’80s and ’90s Brit-pop, we would have no clue. But that was yesterday, and today we have the answer provided by Sleepovers. This young quintet from London have released a few demos to date, but this week they released their “official” debut single in “Group Therapy”.

This is like the perfect marriage of Lush and Blur. The fuzzy guitars, shimmering melodies, and the gripping vocals and lyrics combine to create a dynamite song that should forever live in Sleepovers’ developing canon. It should be an immediate crowd pleaser with its energy and urgency, offering the perfect piece of momentary escapism away the chaos around us. We can already see it now – a sold-out crowd at the O2 Arena in London and everyone going delirious and together letting their concerns wash away. And there’s no better group therapy than a live show.

Time to take a step inside the proverbial time machine and set the dial to the ’70s when great storytelling and psychedelic folk-rock ruled the US’s Deep South. It’s not an American band taking us back in time, but an outfit from the UK who are our guides and they have the perfect name. Get to know Swampmeat Family Band, the quartet from Birmingham who from now on should be permanent fixtures at roots, folk, and rock festivals. Their music is genuine, and their songwriting gripping, just like The Incredible String Band and T. Rex. As an example of their artistry, take a listen to “Needle & Thread”.

There’s a touch of twang, plenty of grit and darkness, and a good dose of drama in this superb number. The arrangements are classic, but superbly executed. The songwriting, though, is what makes the song, as the band tell the tale of a vigilante seeking vengeance. He’s traveled great lengths to find the man who is putting away his friends. For Clint Eastwood fans, images of The Outlaw Josie Wales may come to mind, and this tune would be the perfect anthem for the iconic character.

Swampmeat Family Band’s new album, Too Many Things To Hide, is out March 23rd via PNKSLM Recordings. The band is comprised of Daniel Finnemore, T-Bird Jones, Richard March, and Tommy Hughes

The Violent Years – “Trying To Get Over” (Mandal, Norway)

We end the mini-playlist with a single that had us going “Wow” from the very first minute because bands just don’t make grueling, psychological epics like “Trying To Get Over”. And leave it to a band from Norway – in this case The Violent Years – to deliver this absolute monster of song. This is also one of the rare tunes that words won’t do it justice. Instead, just hit play and get sucked into the dark and suspenseful beginning. Then prepare to have your heard explode as the song builds to its intense climax, at which point the guitars get more fiery and the rhythms throb more aggressively.

We should add that the song is about front man Kenneth Bringsdal’s own struggles. His lyrics reveal how his world started to close in on him, and where everything seemed to shatter around him. It’s a fantastic piece of songwriting from a band we’ll keep a close eye on from this day. The video is also worth checking out, as it captures Bringsdal’s struggles. Watch it on YouTube. 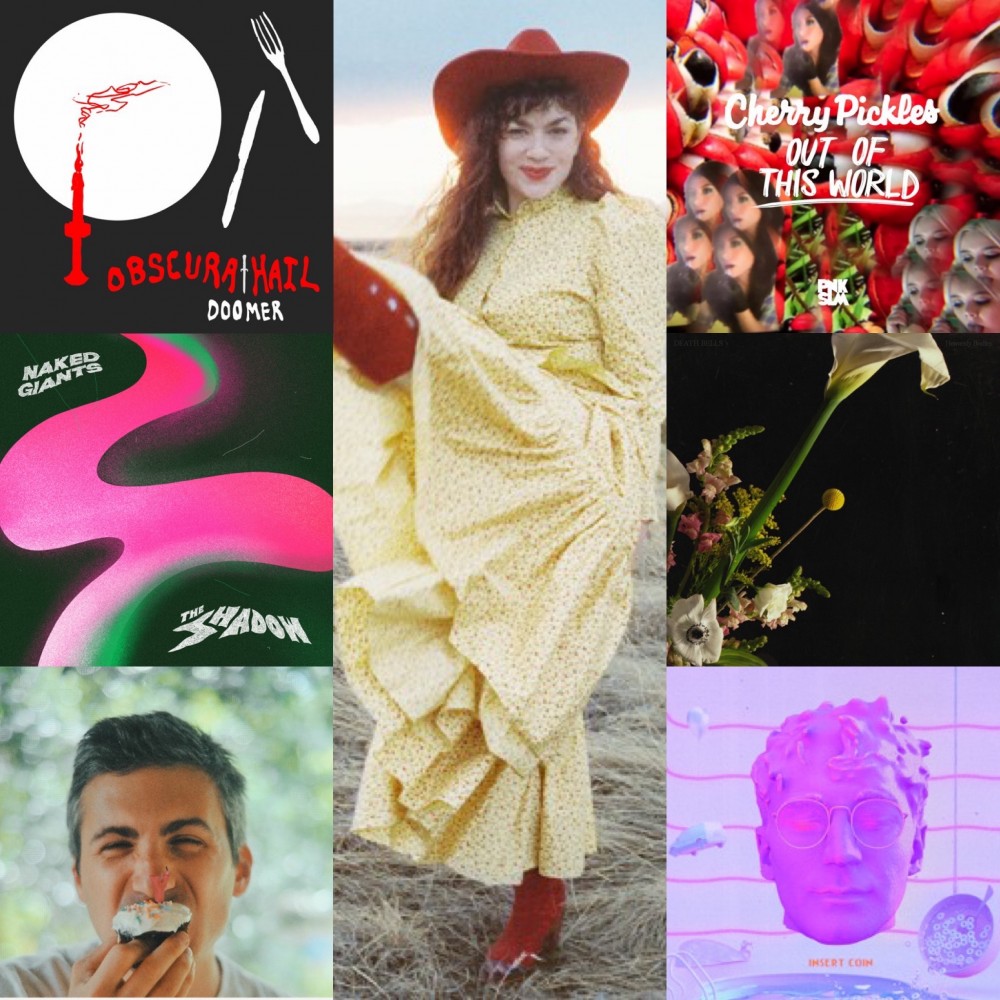 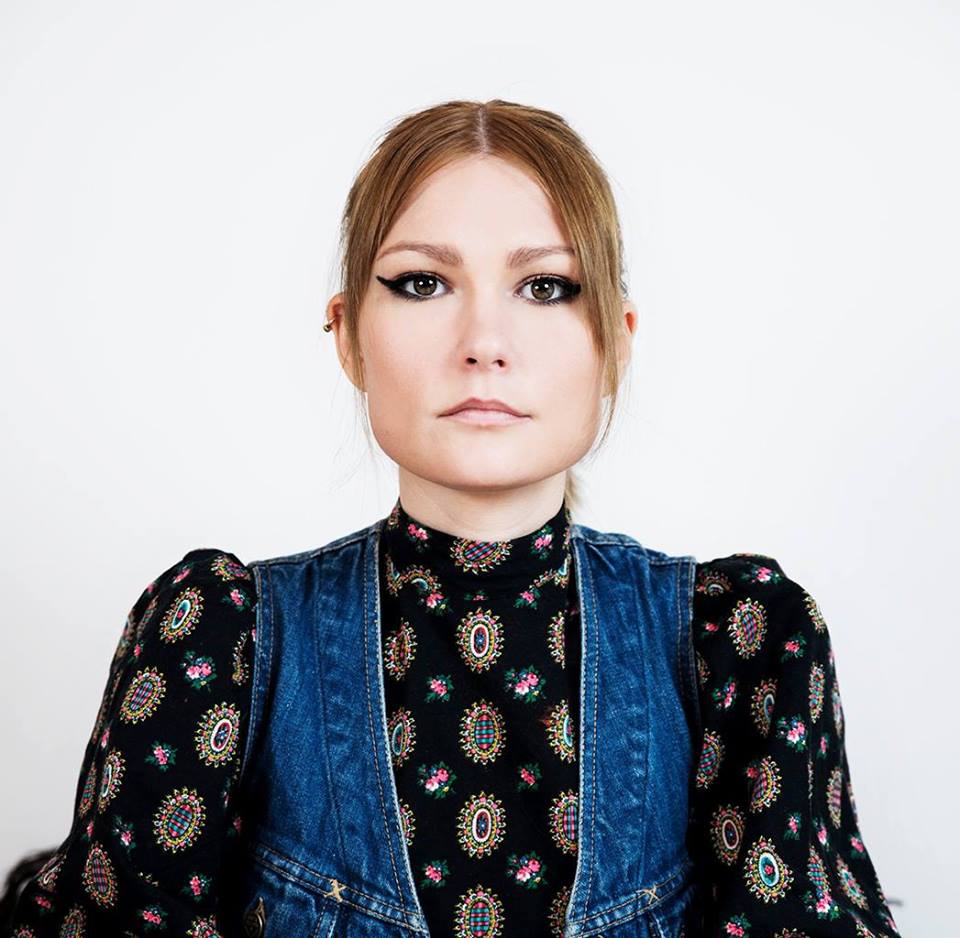