The usual perfect nine new music singles are featured on The Matinee ’18 February 27th. We go global with some dramatic singles, some really wacky tunes, and, of course, shoegaze!

Nearly nine months have passed since we were first introduced to Baiba Dekena, the Latvia-born singer-songwriter who amazed us with her stirring vocals. She also continues to impress us with her unique approach that blends theater, art, and music into one stunning combination. With her new single, “You Don’t Know Me”, she goes even further. Theatrical pop, trip hop, and dark piano pop merge into a song that is spellbinding, frightening, haunting, and compelling. Dekena’s lyrics are powerful, as she describes how she imagined the perfect life. Her reality, though, is nothing the “French movies”. She is, instead, battling storms and those who think they really know her. Who try to control her. Terrific.

We cannot wait for the day when Baiba Dekena is playing at the Wiener Musikverein in Vienna and then later at London’s Royal Albert Hall.

Trying to describe Fake Billy & The False Prophets‘ new song is a bit difficult because it crosses many genres. That’s why we’re sharing “Palace Of Azizia” because it is weirdly awesome. A gypsy punk vibe a la Gogol Bordello and Balkan Beat Box streams across the song, yet there is an odd funky vibe. Add in the quirk pop-rock that The Presidents of the United States and Cake popularized in the ’90s, and you can one far-out tune.

It has been nearly 2.5 years since we’ve heard from For Esmé, at which time they released their rapturous album, Sugar. The LP was full of sweet ear-worms that reflected on one’s purpose on the planet. In the 28 months since their debut, it seems they have an answer to this riddle. Well, they have a partial answer, which they will reveal on May 25th when their new record, Righteous Woman, arrives.

Its lead single is “Doubtmouth”, an Austra-like synth-pop number that is filled with emotion and conviction. As the synths pop and burst in the background, Martha Meredith holds nothing back in explaining how for so long she’s been told to be quiet, accept her lot in life, and be the good little girl or girlfriend. She’s had enough, however, and she’s no longer willing to “dumb herself down for you”. This is Meredith’s awakening, but one she struggled to reach for years. Now she’s letting the world hear and understand who she is, which is a strong, confident, and talented woman.

Have you ever imagined having the perfect song for sneaking around to make you feel like a spy as oppose to trying to avoid having your parents or roommates hear you? Well, Cleveland’s Forager have just the song to make you feel like 007, Emma Peel, Ethan Hawke, Sydney Bristow (from the TV show Alias), or, if you like, Maxwell Smart.

With its awesome guitar and bass lines and hammering percussion, “Solitaire” is the anthem for all the future CIA agents or, if you’re like us, the wannabes who only daydream about a career in espionage. Front woman Raye Hart’s vocals also beckon from another era, guiding us along the corridor and telling us where to step to avoid the sensors and cameras. Granted, her lyrics refer to something other than spying, but there is a different kind of sneaking around, for which she doesn’t have the time. Fortunately for the other person, she’s not out looking for revenge. At least not yet.

RIYL: Jesus and The Mary Chain, Slowdive, The Cranberries

What’s better than a great shoegaze song? A shoegaze epic! And it comes from a band we have not featured for a little while, but oh are we thankful that Night Flowers have presented us with the gift, “Cruel Wind”. Seriously, shoegaze fans will be absolutely delighted with this seven-minute dazzler that will take your breath away from the immediate crystalline chord to Sophia Pettit’s heavenly vocals. For those who grew up in the ’90s, you’ll likely agree that if Night Flowers were around at that time they would have unquestionably been on the Empire Records soundtrack because this song will make you fall in love again and also make you realize you don’t need someone else to be strong.

Veteran LA rockers Nightmare Air are reading their new album, Fade Out, which sees the light of day this Friday, March 2nd. The fine folks at Nevado Music will be releasing it. Just to get people excited, they shared a couple of songs late last week, including the, well, excellent “Sir Excellent”.

While the song is not as shoegaze-y as their past efforts, it still is electrifying. The trio exchange their fuzzed-out, crystalline tones for an aggressive, power-electro-rock approach. And it sounds awesome. Each blistering riff and pounding rhythm will send trembling impulses to your mind that will incite you to scream. To yell out, as Swaan Miller hollers in the song, who we are. To let the oppressors and those who want to take away our liberties and freedoms know we will fight for our rights and the right to be heard. As such, “Sir Excellent” is much more than another anthem – it’s the song of a people who will not go away.

The band is comprised of Swaan Miller, Dave Dupuis, and Jimmy Lucido.

If this is your first time listening to Otoboke Beaver, you’re in for a massive treat. Well, admittedly, this song will likely only appeal to people who like feverish, hardcore punk with a twist. Specifically, their new single, “Anata Watashi Daita Ato Yome No Meshi”, is hearing the Dead Kennedys spinning Japanese cartoon-pop at ultra-sonic speeds. This song is absolutely whack, and we say this as a compliment.

Beneath the seismic energy of the song lies a riot grrrl attitude. In English, the song translates to, “After making love to me, you eat your wife’s cooking”, which reflects on how far too many women are being mistreated and used by plenty of men. It’s essentially a massive middle finger at all the pricks who think first with their Johnsons.

The single is out now via Damnably Records. The band is comprised of Accorinrin (lead vocals/guitar), Yoyoyoshie (guitar/vocals), Hiro- chan (bass/vocals), and Pop (drums/vocals). They’ll be in the UK for a handful of dates and then stopping at Coachella in April. Dates and information are here.

Write down the name of Sapphire Jewell (guitar/vocals) and her project Racquet because the young Los Angeles-based singer-songwriter is about to dazzle you with “Surface”. With the provocative power and emotional embrace of Daughter and the stirring vocals akin to Elena Tonra, Jewell has delivered exactly that – a glistening gem of a dark-pop song that will tear apart your soul. The probing, crystalline guitar and the slowly-paced rhythms create the beautifully rich yet foreboding soundscape. Jewell’s lyrics, meanwhile, leave you standing still like a deer in the headlights because each word hits home. She sings about refusing to accept the loss of someone dear and holding on to every memory for as long as she can. Her songwriting is fantastic.

“You were an anchor.
Held me forever.
Sinking deeper now,
But how far down?
Lost in shadow,
Dragged out by the undertow.
When I’m broke you and I will surface.
Did not leave you to your darkness.”

Yes, another shoegaze song because, well, we can never get enough of the genre that just won’t die. But instead of diving into the ’80s, Welsh quartet Wylderness look to the present-day to deliver a song that sounds more like the ocean than the hallow basement bars of the UK and New York City. With “Peripheral Vision”, they have shared the perfect coastal shoegaze track.

The chimy, reverb-drenched guitars shine a warm, radiant light. The rhythms, as is the case with classic shoegaze, create the chest-swelling intensity, keeping us from falling too far into a dream state. Yet it is so enticing to just mindlessly wander off when the vocals are as delirious as those in this track. You just want to close your eyes, lose yourself in the song, and imagine what exactly lies beyond our sight. It like is something majestic and tantalizing just like this song.

“Peripheral Vision” is from the band’s self-titled debut album, and it will be released March 23rd via Succulent Recordings. 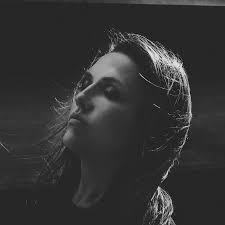