While Fridays are often filled with upbeat and energizing songs, The Matinee ’18 March 9th edition features more tunes that are of the breathtaking and stunning variety. There are still some rock anthems, but this mini-playlist is meant for a quiet evening with that special someone.

We kick this off with a band we – Rich and I, specifically – saw when The Revue was not even two months old. That band is Wet, whom we saw perform at Glasslands Gallery. At the time, they had a Facebook following of about 500 people. Twelve months later, their popularity exploded, as more and more people gravitated to their intimate bedroom-pop. Now, they have a studio to record their sultry tunes, and their sound, consequently, has expanded to be of the electro-pop-R&B variety that bands such as Rhye and Cigarettes After Sex have perfected. Wet, though, have added their own touches by offering more splashes of light and sunshine, as revealed on their surprise new single, “There’s a Reason”.

We imagine there will be an official premiere today, but we have the ok to share this song that will simultaneously melt your heart and make you smile. Front woman Kelly Zutrau’s vocals are light and heavenly, adding to the quiet power of her words about trust and everlasting love. She along with Joe Valle and Marty Sulkow craft an R&B-pop soundscape that echoes the genre’s heights, specifically in the ’90s. However, they’ve added a bit of flair by introducing strings, which adds to the track’s intimacy and spellbinding nature. Spellbinding indeed, and 2018 could be the year when the trio reach higher elevations and become the darlings of the music world.

The single is out on Columbia Records. We’ll update this when more information is available and other streaming links become available.

And just as we had hoped, The Amazing will indeed be releasing a new album. Their fourth studio album,In Transit, comes out April 6th via Partisan Records, and they celebrate the occasion with another dazzling number.

“Rewind” is like a walk down the legendary Laurel Canyon neighborhood in the late ’60s and early ’70s with The Amazing’s distinctive progressive post-folk-rock flair. The soothing melody and Christopher Gunrup’s ethereal vocals are sublime, taking you to a place where the warm sunshine shines upon you while the ocean breeze cools your body. It is a place, a time when everything seemed ideal and nothing could interrupt this dream. A time when one’s heart was in the hands of the one person who understood you. Who loved you. Oh to rewind time and to return to those days as Gunrup desires.

In addition to Christopher, The Amazing include Reine Fiske, Fredrik Swahn, Alexis Benson, and Moussa Fadera

There are so many great singer-songwriters on the planet, yet the majority get overlooked even by us. One artist, though, that everyone should pay attention to is Andy Cook. who hails from Minneapolis, Minnesota. Although he hails from Prince’s hometown of Minneapolis, Minnesota, he doesn’t exactly sound like the legend. He does, however, channel the Purple One’s spirit when it comes to not creating standard-fare, generic music.

“Swirl” demonstrates his immense potential and talent. Reminiscent of Kurt Vile and The War On Drugs, the single is like the breezy and soul-swelling classic rock of the ’70s and ’80s. The clean guitar lines to the titillating rhythms provide the canvas for Cook’s terrific story of a person on the move. A person on the run and who doesn’t recognize this “wicked world”. In some respects, the track reflects Cook’s place in today’s music – a fantastic artist who can get lost in this world filled with superficial music that appeals to the senses of the lowest common denominator. But Prince, too, was once on the outside-looking-in as were Vile and TWOD, so maybe, just maybe people will embrace non-mainstream fare.

Andy Cook’s new EP, Modern Man, is out April 13th via Good Eye Records. This is one to watch.

A year ago, Spanish quartet Baywaves caught our attention with their rambunctious take of psychedelic rock, mirroring the raucous energy of King Gizzard and the Lizard Wizard. Granted, their debut EP was mixed by the Gizzy guitarist Joe Walker. So what do they have in store for us this time? Well, they look to the opposite shores of Oz and across the Tasman for inspiration.

“Still In Bed” is silky, smooth psychedelic-disco-pop tune that is right out of the canons of Unknown Mortal Orchestra and Tame Impala. The song possesses the sunny delirium of the aforementioned indie giants, where you feel like you’re levitating above the clouds on the hottest day of the year. But the sun is a glittering disco ball, showering every color in the prism on your face while you uncontrollably dance and spin despite the band describing how we just want to pass the time away in bed. Then again, there isn’t a better way to watch the hands of the clock move than losing yourself in a great tune while grooving on the dance floor.

The band will be at SXSW next week. They will share new tunes from their sophomore EP, It’s Been Like, which will be released later this year on Art Is Hard Records.

We all have bands where our fandom exceeds just cheering them on. The relationship is more like a long-distance friendship or even a love affair, where a smile comes across your face every time you hear from them. But instead of a letter or an email, it’s a song. This is our relationship with Thomas Servidone and Amelia Bushell, who in 2012 formed Belle Mare. We’ve been fans of theirs for a long time, nearly from the start. Everything they’ve released possesses a wistful, breathtaking vibe. In other words, their songs are like the most satisfying dream, where you want to stay asleep for as long as possible and delight in its beauty. They achieve this one again with “Liars”.

Despite the slightly more rock approach, their trademark luxurious ethereal nature remains thanks to Bushell’s gorgeous vocals. Even when she is describing the “sickening” actions of a person who left her behind, she makes the experience feel otherworldly. The first bridge where he voice dips low is intoxicating. Servidone (guitar), meanwhile, leads their bandmates Tara Rook (keys/vocals), Gary Atturio (bass), and Rob Walbourne (drums) in composing an enrapturing soundscape that echoes Willowspeak. With its lush valleys and rocky heights, the song leaves you breathless and exhilarated in its 3.5-minute duration. It’s like the most extravagant roller coaster, which you want to ride over and over again. Let’s hope their sophomore album or EP is on its way.

If you have yet to fall head over heels for Jess Williamson, then prepared to have this gap in your life filled. One of the most underrated yet outstanding singer-songwriters around, Williamson is a throwback to the Laurel Canyon era, where music felt like a warm hug and its embrace will last hours. Her new single, “I See The White”, however, may actually hold on to you for days.

With a psychedelic-folk atmosphere reminiscent of The Byrds but with her honeyed vocals and Joni Mitchell-esque style, Williamson crafts a classical masterpiece. Her voice is lush and intoxicating, and her lyrics are like a modern-day fairy tale. Think The Wizard of Oz, but the tornado takes us deep into the desert where you and your companion must discover each other’s true souls and secrets. Is it a love song or a parlay of wills? We’ll leave it up to you to decide (we like to think it’s a bit of both).

Williamson’s new album, Cosmic Wink, is out May 11th via Mexican Summer. Pre-order it here.

There truly is no limit to Bryony Parker’s – or simply just PARKER – potential. The London-based, Australian native has a rare talent – the ability to create sensual, dark, and hypnotic arrangements and pairing them with lyrics and stories that match the vibe. She takes no short cuts nor masks her feelings. On the contrary, she wants us to experience and feel every emotion that she does, which she achieves again on “High”.

As the pulsating beat and haunting arrangements fill the air, PARKER’s vocals come to the forefront, lavishing us with their smokey and sultry nature. She isn’t, however, trying to seduce us into her bedroom. Rather, she’s drawing us into her mind and whispering her thoughts to us. Telling us her dreams that she’s afraid to chase because of what the journey may lead to and how it may end. She is, as such, “just another body in the night”, who is paralyzed by her own weakness to move forward. Yet with her talents, nothing should keep her from moving forward because she is not just another person.

The single is out on Killing Moon Records. The young woman has the makings of a star (but more people need to discover her gifts!).

Secret Vaccine – “For When I Arrive” (Köln, Germany)

Uncovering hidden gems from across the world is what we like to do. It’s the thing that gets us most excited, especially when revealing the music of a band like Secret Vaccine. From one of Germany’s great cities, Köln or Cologne, the quartet of Steffen Krämer (vocals/guitar), Martin Lucas (guitar/vocals), Alex Fabritius (drums), and Marcus Ditger (bass/vocals) are the country’s answer – heck this generation’s answer – to Bloc Party, and they display their potential on the single, “For When I Arrive”.

This four-plus minute track is upbeat, energizing, and gripping indie rock. Unlike most young bands, the four-piece understand how to use tempo to create drama in their songs without losing any intensity. The song commences with a foreboding tone before rising into a Brit-pop-rock tune out of the grimy corridors of Manchester’s underground indie scene. It then slows down to reveal the obstacles that we encounter in our journeys, where getting to our destination is never easy especially in this day and age. The track doesn’t stop here but it accelerates, and at this point we’re running. Running to get home, get somewhere to escape whatever may be tracking us down. Pretty awesome.

The song is taken from their debut album, SHAKE WELL BEFORE USE, which can be picked up on Bandcamp.

Wyatt Blair is an artist who refuses to be pigeonholed. He can create infectious pop songs, raging rockers, or, in the case of “TV“, a disco-punk-new wave mix that is exhilarating. This single is off-the-hook. It’s like The Fall collaborating with David Byrne and New Order and producing a song that could be spun in London’s most exclusive clubs or the cavernous Wembley Stadium. Regardless of the venue, everyone would be dancing and losing their minds. If this song was released in the ’80s, it unquestionably would have been a massive hit. In the meantime, we’ll have to delight in its splendor.

The single is out now on Bandcamp. Blair also released another single, “Don’t Stop This Feeling”, which is also on Bandcamp, and it is more of a pop anthem. 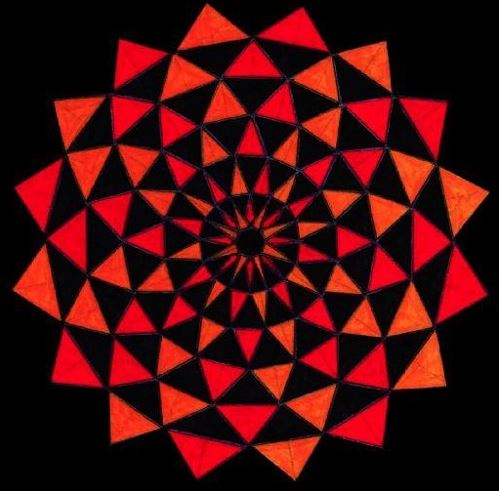 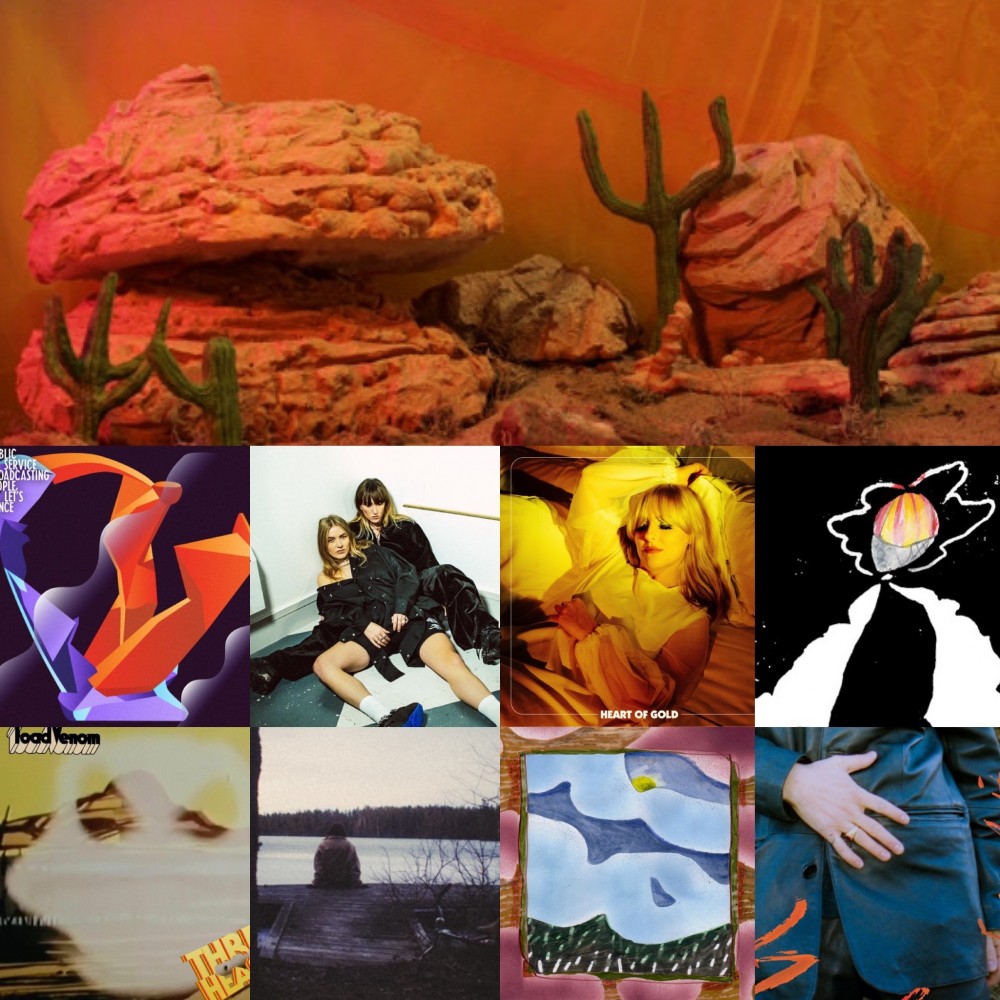