Since today Wendy is representing us at SXSW, three of us – Hollie, Flo, and Ben – are taking over duties on The Matinee ’18 March 12th edition. We’re doing our best to represent our colleague’s diverse musical tastes, including featuring a couple of her favorite artists.

If you’re a fan of Warpaint, you already know the remarkable talents each member possesses. As one of the band’s vocalists and guitarists, Theresa Becker Wayman has been creating moody, atmospheric textures for over a decade. That’s why the lush tones of her solo debut (under the moniker TT) are no surprise. In fact, the album’s lead single, “Love Leaks,” is a downright hypnotic experience.

Wayman begins the tune with haunting yet reverent organ sounds that are followed by stark percussion. With eyes closed, you can envision a dark room illuminated by flickering candlelight. This intimacy will have you feeling weak in the knees for the next six minutes. Prepare for chills when she delivers the line, “I feel like we lost our love,”  though the only thing you will lose is the ability to breathe until the songs ends.

The LoveLaws album features her bandmates Jenny Lee Lindberg, Emily Kokal, and Stella Mozgawa, and is due May 18th via her own label LoveLeaks and Caroline International. Pre-orders are available from these links.

Back in January we named Toronto singer/songwriter Billy Raffoul one of our “Artists to Watch in 2018” for one simple reason: this guy has superstar talent. The world hasn’t realized that yet, but it’s only a matter of time.

Ever since his impressive debut last year with the powerful single “Driver,” Raffoul has been working on new music in Nashville and Los Angeles. Based on what we’re hearing in “Acoustic” it’s obvious our prediction is coming true. This song finds Raffoul getting “back to basics” with a simple acoustic guitar that likens a relationship to stripped-down music. That naked purity becomes sensual and very, very hot. Raffoul shares the soulful style of Hozier and Amos Lee without sounding like an imitation of either. His originality shines here in understated ways. He doesn’t need flashy production to get his point across. No, Raffoul shows us all that less is more, which only has us wanting more when his debut album finally arrives. While we don’t know when we can expect a full-length, we are definitely looking forward to its eventual arrival.

In the meantime, this single is out now on iTunes via Interscope Records.

It has been a long time since we’ve shared anything from English outfit Flyte. Nearly three years to be exact. Since that time, they’ve developed into one of the UK’s top bands thanks to their sweltering take on classic rock and psychedelic folk-rock. But if this is the first time you’ve heard about Flyte, last week they released a split single (via Universal Music Group), including “Victory Girls”, but we’ve opted for The Byrds-meets-Calexico tune “Moon Unit”.

Like the sublime music of the late ’60s and early ’70s, this tune is made for spring (whenever it should arrive) and walking down the center of town with your partners by your side and a beaming smile on your face. It’s light, refreshing, and just a joy. Even the lyrics take us back to simpler times when one finds true love for the first time. Time to get the photo album out and start reminiscing.

Flyte are Will Taylor, Nick Hill, Jon Supran, and Sam Berridge. They are currently at SXSW, so catch them in Austin if you’re in town.

We like to think of Future States as hometown heroes since they’re partially based in Ottawa (and Montreal). They may have Canadian passports, but this is a band that seems both Scottish (think Belle and Sebastian) and early ’90s indie American (Yo La Tengo, Built to Spill). Theirs is a truly kaleidoscopic sound that turns casual listeners into fast fans. Their newest offering is an indie pop masterpiece that would make YLT’s Ira Kaplan jealous.

“Heaven” has a breeziness that belies the heady content of its lyrics. Did you expect a song titled “Heaven” to be a sun-kissed ballad void of substance? Think again. That cloud-soft, Sufan Stevens-esque melody is the vehicle for some darker philosophical musings, as evidenced in the opening lines:

The shimmering instrumentation at the start offers only a glimpse of the stunning textures to come. What begins (and ends) as opaque indie dream pop explodes into vivid textures around the two-minute mark. The last half rocks and will have you wondering why these guys aren’t at SXSW this year. Hopefully they will soon release a follow-up to their 2016 album, Casual Listener, so they can be there next year. The “Heaven” digital 7″ is out on Bandcamp via Golden Brown.

We had Roxanne De Bastion marked out as one to keep an eye on when we premiered her single “The Painter” last year, mainly because of her deliciously clear vocal tone and eminently relatable lyrics. It was part of a double-A side release, which is a format that De Bastion clearly favours as she’s done it again with a double-dip offering of her tracks “Rerun” and “Unwind”.

“Rerun” is all about the vocal, which is just as well since De Bastion combines crystal pitch with precision diction to create a vocal technician’s dream. There’s gripping storytelling. De Bastion’s approach is curious blend of secrecy and sharing, hope and disappointment. A realization that we don’t have it all worked out yet, wrapped into a reflection of life’s choices:

“Once I heard the truth
Come crashing down
And as it descended
I rushed to grab a pen.”

Perky and joyfully curious, “Unwind” opens with a few instrumental bars, including sweetly simple guitar phrasing, before posing the question “Have you rummaged through my dreams? Hidden them from view?” Is this a song about insomnia or a coping strategy for today’s stressful world?

Resolutely independent, De Bastion’s release is out March 16th via her own label, Nomad Records. It will be celebrated with an appearance at The Lexington, London. Get your tickets here, and catch Roxanne De Bastion later this month in the USA. Tour details are here.

Colombian duo Salt Cathedral have never been like other electro-pop / electronic duos. Whereas many similar groups’ sole intention is to create uproarious dance music, Juli and Nico always provoke. Their sultry production work will cause you to groove, sway, and occasionally break out into a sweaty dance, but their music is solely the serving platter for their true goal – to deliver a message about life and our world. Their new single, “No Love”, is no different.

With Latin and Caribbean influences sprinkled throughout (the steel drum is a terrific addition), the song is fire. It heats up the airwaves more than just its steamy approach, as Juli’s lyrics tackle the violence and conflict that have engulfed the US and other parts of the world. She doesn’t, however, dwell too long on the negative, but instead extends an olive branch to everyone. Like John Lennon, she’s asking us to love again and be united through our common bond over great music and, you guessed it, dancing. 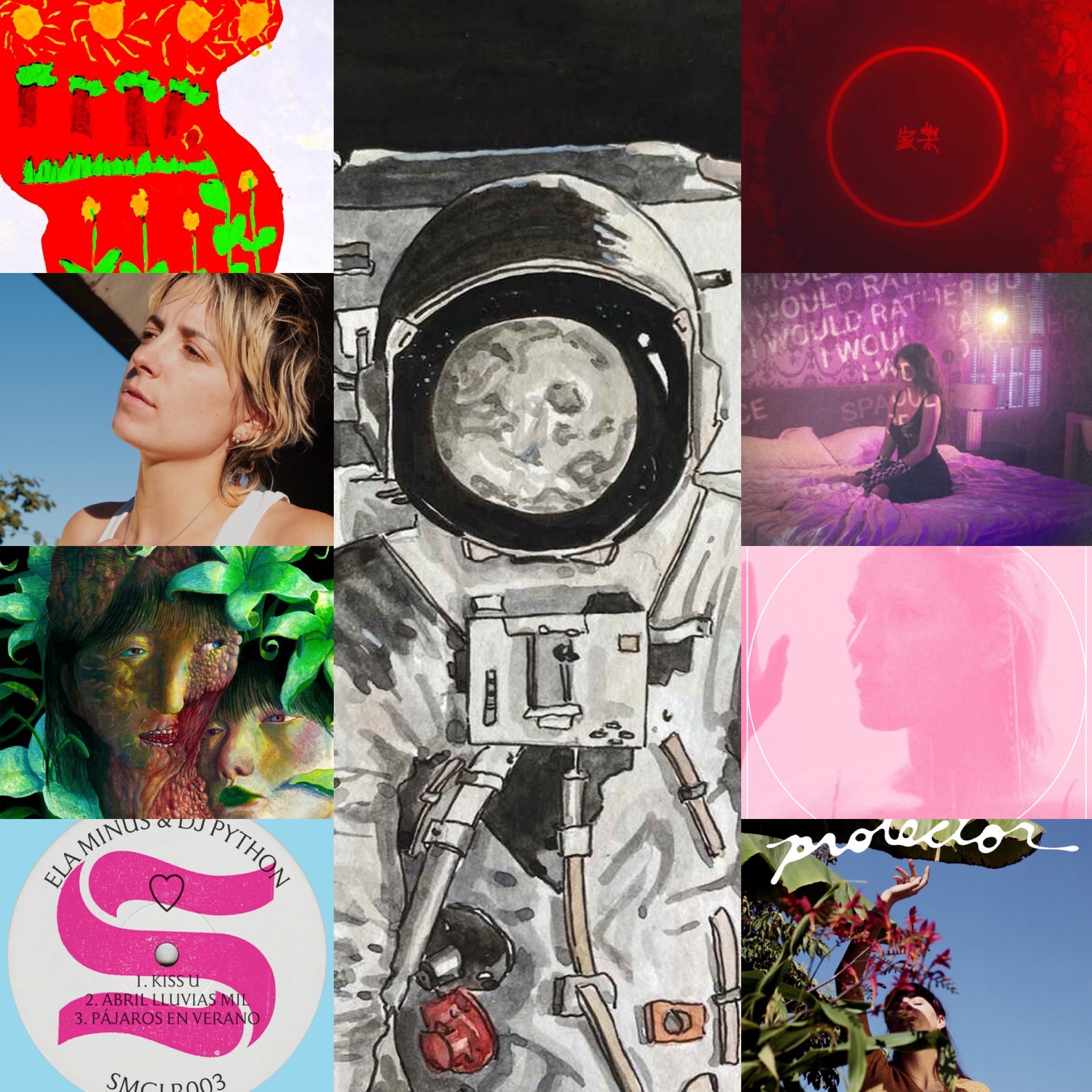 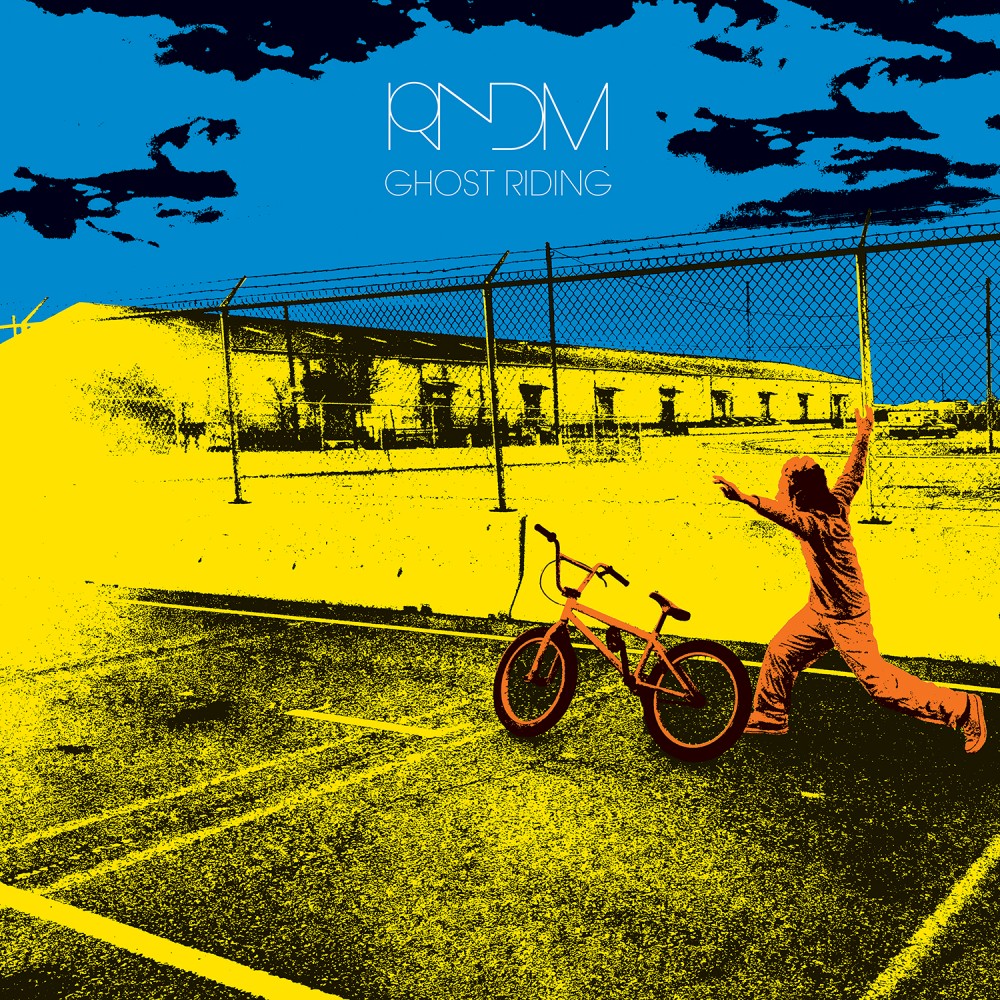