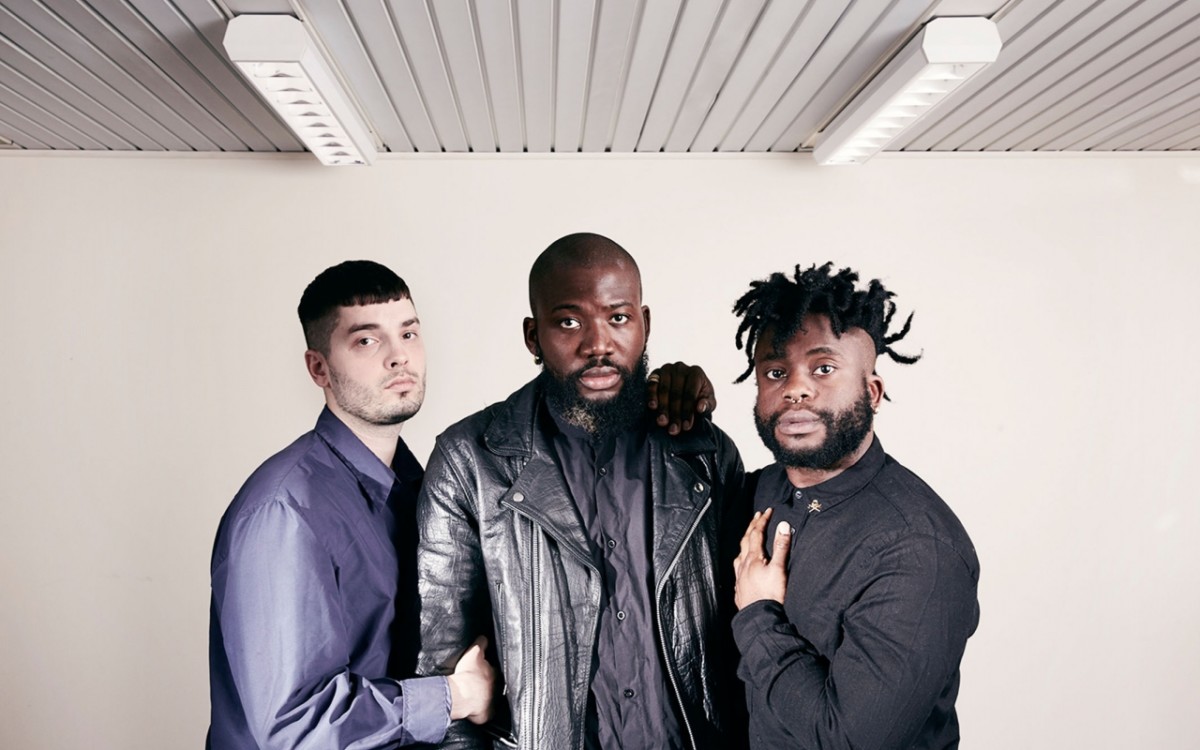 In their decade together as Young Fathers, Alloysious Massaquoi, Kayus Bankole, and Graham Hastings have incrementally established themselves as one of music’s most innovative forces. They are beyond categorization and refuse to be pigeonholed. Trip hop, pop, hip pop, electronica, darkwave, rock, and even krautrock, Afrobeat, and gospel, the Edinburgh-based trio have combined these genres into their alternative experimentalism. So what could they possibly do that would sound as fresh as their debut, Dead, and as sonically and lyrically challenging as the edgy White Men Are Black Men Too? They create a concept album in Cocoa Sugar that challenges our notions of what music is and, more importantly, what our purpose on the world is.

On the musical side, Cocoa Sugar is again unlike anything streaming on mainstream or underground radio. The LP sees the band not so much try to create “the perfect pop song”, which Massaquoi mentioned as a goal in a 2014 interview, but redefine how we perceive the genre and music as a whole. On the chest-swelling “Lord”, for instance, the trio lay down powerful grooves over layers of grand instrumentation and anthemic swells. It’s arguably the most “mainstream” song they’ve ever created, yet it sounds refreshingly inventive. Instead of a primal scream, they have grabbed our attention with a whisper. Meanwhile on “In My View”, pop melodies burst through the softly buzzing synth and the tribal percussion. It’s exhilaration experienced in the quiet corners of our homes, which is where our vulnerabilities are revealed, as well as our neighborhoods, where we find the things that divide and bring us together.

The darkly rich “Wow” is a Massive Attack-like trip-hop number, yet it feels even more psychologically torturous with its downtempo, dungeon-like atmosphere. The heavy “Wire”, similarly, grabs hold with its house-driven bass and subdued intensity. But this is not ordinary club tune, as the layered harmonies and foreboding tone create an atmosphere shrouded in complete darkness.

The places that Young Fathers take us and the questions they provoke, particularly with respect to who we are and what we are doing, are where they truly excel on Cocoa Sugar. The aforementioned “Lord” is a brilliant observation of religion and its place in today’s ever-increasing secular world. It bleeds into the gripping and continuously shifting “Tremolo”, which is one of the album’s highlights. It is a tantalizing piece of introspection, as the band attempt to understand what inspires a person today and how one must constantly fight to find the light.

The edgy, alternative hip hop, alt-pop “Holy Ghost” similarly blurs the lines of reality and fiction and the idea there is good versus evil and black versus white. “I’ve got the Holy Ghost fire in me. Is it hell? You could call it blasphemy”, Massaquoi hollers emphatically. There is no either or. We all are chasing demons and running away from them. The multi-dimensional, low-throbbing “Toy” takes this concept even further, explaining the fragility of the human mind and spirit. Some will fall into the depths of despair while others will revolt and proclaim they are not for sale. They will not sell themselves to the highest bidder.

Such is the case with Young Fathers who have not compromised their art in pursuit of the almighty Pound or Dollar. Instead, as they state on the low-fi but mesmerizing “Turn”, “I’m not like you” and “I didn’t work this damn hard to stay where I belong“. Indeed, they are a band with few if any peers. They’re not simply, however, pushing the limits of their art and redefining what brilliance is. They are also giving us pause to reconsider where we belong. To reconsider the places our souls and minds reside and how we want to be remembered.

Cocoa Sugar is out now via Ninja Tune.