On March 8th, a double dose of Canadian music makers stopped at TD Place in Ottawa. Matthew Good and Our Lady Peace, currently on a co-headlined, 20-date cross-country tour, gave the arena attendees a solid 2.5-hour performance. The wedding tradition of something old, something new, something borrowed, and something blue seems a bit fitting to describe their collective sets.

Good led the one-two punch and mixed in crowd-riling ’90/’00s anthems like “Giant”, “Load Me Up”,  and “Weapon” with more recent material, including several songs from 2017s Something Like a Storm.

Our Lady Peace was of a similar mind, melding tracks from 2018’s Somethingness with ever ingrained songs of their earlier albums, including “Superman’s Dead”,  “Innocent” and  “One Man Army”. Even a cover of Yeah Yeah Yeahs‘ “Maps” was weaved into their setlist this tour.  The three-song encore had a little tear-jerk moment when Raine Maida asked everyone to take out their phones and light the arena up for Gord Downie, during which he relayed a story as to how The Tragically Hip inspired their own musical journey. He parlayed this recollection to their song “Ballad of a Poet”.  Before ending the night on 1994’s “Starseed”, Our Lady Peace was joined on stage by Matthew Good and his band – Stuart Cameron (guitar), Blake Manning (drums), Peter Fusco (bass) – for a (third time’s the charm) rendition of “Hello Time Bomb”.

A great night for music.

Though the East Coast engagements are done, the tour continues westward through March 31st. Details on dates and venues can be found here.

The evening had an early kick-off by Toronto’s five-man rock band, Ascot Royals (not pictured). 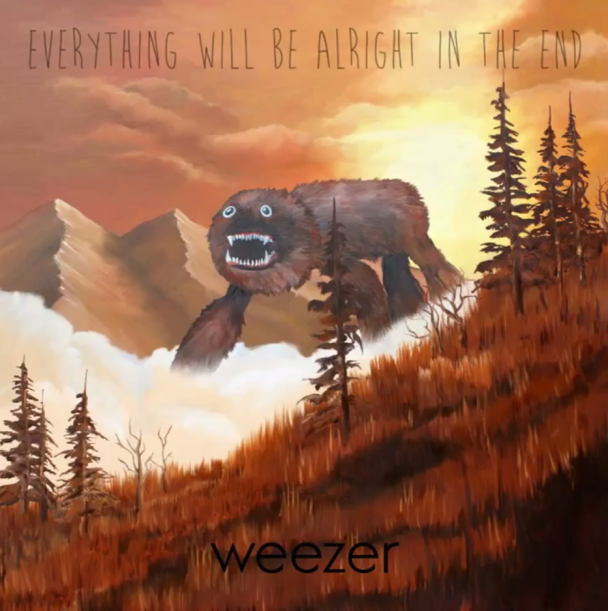 Mundo Musique: Weezer’s “Everything Will Be Alright In The End”