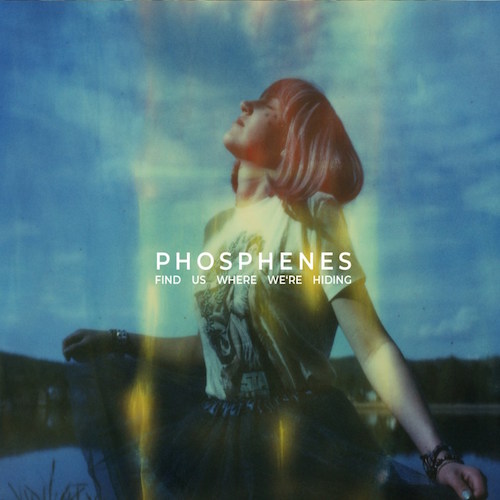 Reset your stress levels with these six songs on the Melodic Tonic March 14th edition. Featuring a few chill tracks nestled between some upbeat fare, these tunes are from emerging artists in Canada, England, Germany, Scotland, and the USA. Have a listen and let these songs work their sonic magic. 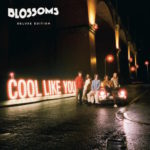 It supposedly takes five years to become an overnight success in the music industry. If that adage holds any truth, then 2018 will be the breakout year for British indie rockers Blossoms. Since forming in 2013, their popularity has been a simmering fire just waiting to erupt into a full blaze. Their 2016 self-titled debut album went to #1 in the UK; their newest single should help their Cool Like You follow-up LP do the same. “I Can’t Stand It” is a scorcher with unmistakable incendiary qualities.

The retro synth elements are at once vintage and modern, as though the guys found a magical door where they can straddle two separate genre eras. That ‘80s pop sound doesn’t steal the spotlight, though. The richness and depth of the tune make it an irresistible modern banger you can expect to hear at many summer festivals. If you find yourself pining for summer and whinging about how you can’t stand winter’s endless grip, this tune will remind you that brighter days lie ahead.

Cool Like You is available for pre-order from these links ahead of its April 27 release on Virgin Records/EMI. 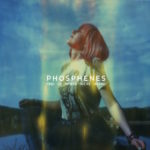 Are you sitting down? You should be when you hear “Girls Trip” from new German indie rock-pop band PHOSPHENES. This stunning debut effort will appeal to fans of bands with strong female vocalists – think Metric’s Emily Haines (or Feist) with the electro-pop backing of Arcade Fire and the dream-pop charm of Alvvays. This unique blend come from the three members of Phosphenes sharing a wide range of musical influences, from electronica, pop, rock, and even New Wave.

Phosphenes is fronted by singer/artist Julee Bee and named after her published collection of Polaroid prints. The brightness of her champagne vocals complement her bandmates (producer Harry Starbuck and guitarist Florian Walther), making “Girls Trip” a blissful experience. There is a softness to the song yet Bee’s voice soars with a graceful strength that practically takes your breath away. With a debut single this impressive, what else can we expect on the band’s debut album, Find Us Where We’re Hiding? If it’s more of these lush soundscapes, we can’t wait for its arrival.

The LP drops May 25, but you can get this single now from Bandcamp. 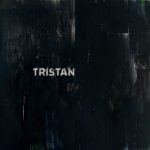 Unlike most musicians, Farahd Abdullah Wallizada didn’t grow up listening to the radio or watching MTV. Instead, this first-generation American singer/songwriter and multi-instrumentalist fell in love with popular music as a teen. This has not stopped him from becoming an artist to watch: in fact, his project No Name Hotel show remarkable skill for someone who came to the music scene later than most. His “Blood on Sky” single will appeal to fans of Radiohead for its haunting, moody, and intriguing elements. The fact that Wallizada also bears a striking vocal resemblance to Thom Yorke doesn’t hurt, either.

“Blood on Sky” is a four-minute journey to an unknown destination. Picture a night drive under a blanket of stars, warm breezes caressing your face. What you need then is a soundtrack that heightens your senses. This is exactly what No Name Hotel does: it entrances you and keeps you in suspense for what lies in store. While we don’t know much more about the artist’s upcoming four-song debut EP, Tristan, our curiosity is certainly piqued.

The album is slated for release on May 4th. 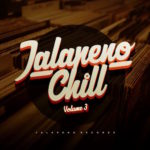 While British indie label Jalapeno Records is known for their roster of funk/soul bands who get your pulse racing, they’re also home to some chiller talents. The label’s latest release, Jalapeno Chill, Volume 3, features 16 delicious tracks that are more intimate. One of those is “D.O.T.T.S.” from Bristol-based electronic artist/producer Asta Hiroki.

Elegant and sensual, this instrumental tune gently wraps you in its downtempo embrace. Call it ambient trip-hop if you will (that woozy sound is unmistakably Bristol) or lo-fi electronica – just don’t miss this gem. And don’t waste precious energy trying to figure out what the letters D.O.T.T.S. mean. Let yourself succumb to the song’s charms and you’ll feel like you’ve drifted off to the stars. (Hmmm…maybe there’s a connection there?)

“D.O.T.T.S.” is one of two tracks Hiroki contributes to the sampler, but let’s face it: you may be too mesmerized by this one to listen to anything else.

Jalapeno Chill, Volume 3 is out now on Bandcamp from Jalapeno Records. 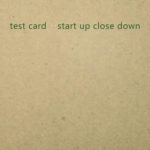 In our never-ending quest to find the best new music, we often stumble upon a veteran artist who somehow escaped our notice. Such is the case with Canadian musician Lee Nicholson – a.k.a. Test Card. Fortunately for us, his 2016 album Start Up Close Down is being re-released on Hidden Shoal, so others can now discover this hidden gem. The album’s opening track is such a stunning piece that it requires multiple listens before you can properly take in its myriad textures.

If you’re not a fan of ambient/lo-fi, then “Marble Index” might change that. When you imagine this song as a blank canvas, each passing minute finds Nicholson painting greater depth with each brush stroke. This evocative piece calls to mind early-’00s era Peter Gabriel. (It makes a perfect companion piece to “Sky Blue.”) As the song progresses, you become entranced by the vivid tones that flood you with feelings of calm. Music fans with synesthesia may envision hues ranging from jade green to deep indigo – colors so rich you want to dive into them. This song (like the rest of the album) is pure artistry.

Start Up Close Down is available now on Bandcamp via Australian indie label Hidden Shoal. 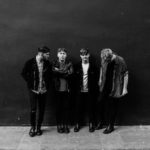 And now for something more upbeat: Edinburgh’s Retro Video Club will add a jolt of indie rock adrenaline to your day with their new “Chemistry” single. This absolute banger gives you an idea why they’re one of the hottest bands in Scotland these days. Now in their third year together, these four guys have perfected a tight, cohesive sound that hooks you from the first note.

On this tune, they launch into big, bold riffs immediately and never let up. “Chemistry” continues their proven formula of punchy, one-word title songs (following last year’s “Psycho”, “Recovery”, and “Famous”) that produce an instant connection between the band and their audience. There’s no denying the rush you get from this seamless union of jangly guitars, thumping bass, and frenzied percussion. It won’t be long until Retro Video Club headline major festivals in the UK and beyond. The energy captured in this song’s video is all the proof you need that RVC are the Next Big Thing.

You can find “Chemistry” on iTunes.