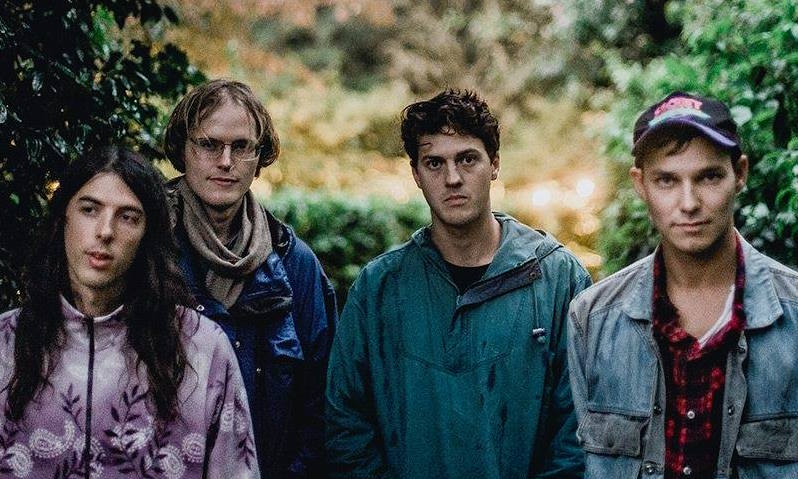 The Velvet Underground were and still are the masters of lo-fi, underground rock ‘n roll. Even after their multiple formulations and dissolutions, they didn’t stray too far from the the light but trippy formula that made them legends. Even Lou Reed stayed close to the sound that he, John Cale, Sterling Morrison, and Angus MacLise popularized more than forty years ago. Like the Rock and Roll Hall of Fame inductees, Halifax’s Nap Eyes are sticking to the path that made them one of 2016’s surprise indie hits, as Thought Rock Fish Scale was literally and figuratively a classic in a Lou Reed / The Velvet Underground way and one of the best albums of that year. Their third LP, I’m Bad Now, is more of this fabulous classic rock.

Like Thought Rock, the latest record is founded on two elements – the melancholic, lo-fi rock of the ’70s and front man and principal songwriter Nigel Chapman’s contemplative stories. There are, however, some subtle differences that shows the band aren’t completely stationary. Opener “Every Time the Feeling” is the first shoe to drop, as the song is reminiscent of the cool and snappy folk-rock of the Laurel Canyon era. Chapman’s songwriting, though, is more akin to Dan Bejar (a.k.a. Destroyer) with his use of allegory and self-deprecating sense of humor about being stuck in a meaningless life.

“Oh I can’t tell what’s worse
The meaninglessness
Or the negative meaning.
I figured out a way to get on with my life
And to keep on dreaming.”

A similar storyline is told on the crowd-pleasing “You Like To Joke Around With Me”, which has a little bit of Montreal’s experimental rockers Ought. The jangly guitar riff and the humming bass line stand out alongside Chapman’s anecdote of how people grow up apart.

“Judgement” is another summery and shimmering tune, which is meant to be heard at the cottage with a cold one in your hand. Despite the sun-bliss vibe, Chapman’s lyrics say the opposite. Like Reed, the music is the illusion, and the song’s true soul lies in the words. In this case, it is the journey of a man who is slowly adapting to a technology-driven society. “There’s a right road, will you kindly show me? But please don’t ask me throw my life away”, Chapman calmly sings. The folk-rocker “Roses” similarly bursts with energy. It’s like the continuation to Neil Young’s “Unknown Legend”, as the band deliver a terrific story of society’s infatuation with fame and celebrities, and how people are “always trying to be the ones you want to see”.

Nap Eyes turn up the heat and go beyond their comfort zone with “I’m Bad”. This number commences with a folk-rock vibe before ending with a Mike McCready-esque (of Pearl Jam) guitar solo. Chapman’s songwriting is introspective yet humorous, as he shares a love-hate relationship with an acquaintance.

Heavy doses of The Velvet Underground, however, still linger throughout the album. The candid ballad “Sage” is Lou Reed sitting on a bench in Washington Square Park and reminiscing of the people he’s met. The head-swaying “Dull Me Line” is The Velvet Underground at their shimmering and rocking best. As the sweet, sun-blissed melodies fill the air, Chapman reveals many of the disappointments and forgettable words that fill his head, which are like “running abandoned racetracks in my mind”

Meanwhile, the smooth yet groovy “Disciple” further echoes Lou Reed and his penchant for taking innocent childhood stories and turning them into spectacular life-learning events.

“Said the White Disciple when he sent for me.
It doesn’t matter what anyone was born to be,
But your life is pointless,
Unless it sets you free.
So won’t you set me free?”

For Nap Eyes, maybe they weren’t born to be the next The Velvet Underground or even Television or Yo La Tengo, two other bands to whom they’ve been compared. And yet through three albums, they’ve consistently delivered memorable music. Songs that are reminders of the classic bands our parents and grandparents listened to in their youth. Songs that do not merely tell stories but give us an outlet from the problems of the world and set us free. Only the true greats can do this, and Nap Eyes are approaching this immortality.

I’m Bad Now is out now via Paradise of Bachelors. Get it on Bandcamp or at the label’s store. Nap Eyes are Nigel Chapman, Seamus Dalton, Josh Salter, and Brad Loughead