The Matinee ’18 March 22nd World Edition features seven songs from six artists/bands. Many of them are familiar – including the super-sibling group – and all of whom are about to make huge marks on the music landscape.

Say Sue Me – “After Falling Asleep” and “B Lover” (Busan, South Korea)

After blowing away audiences at SXSW, South Korean indie-pop quartet Say Sue Me are getting set to take on the world, and they wasted little time to share their newest single. Check that, singles. The first, “After Falling Asleep”, is an Alvvays-esque dream-pop number that will leave you in a state of wonderment. While front woman Choi Sumi sings entirely in Korean, it’s not difficult to figure out what she’s saying or thinking. Heck, her dreamy delivery makes us feel like we are her, slowly fading away and thinking about the intimate moments we shared with that special someone.

“B Lover”, on the other hand, is an exhilarating, high-intensity number that echoes the rambunctious pop-rock coming from Scandinavia and the UK. The feverish guitars and heart-pounding rhythms (the bass line is awesome) yield a song that sounds like a car chase from the original Batman series. Choi’s vocals are extremely urgent, as she’s the driver trying to get away from the asshole who is trying to “define her”. Trying to control her. She’s a 21st Century woman, however, and she’s not having any of that crap.

Say Sue Me’s new album, Where We Were Together, will be released on April 13th via Damnably. Pre-order it on Bandcamp. Don’t be surprised to see Say Sue Me’s name as one of the year’s biggest breakouts.

Whether she’s rocking hard like a young Alanis Morissette or releasing a solemn ballad like fellow singer-songwriters Miya Folick and Eliza Shaddad, Annabel Allum has demonstrated time and time again she’s a singer-songwriter on the verge of something special. If she performed in the ’80s and ’90s, she would have been a star. For now, however, she bides her time waiting for the crack to open and the masses to once again celebrate indie rock’s splendor. Her time, though, will come because songs like “RASCAL” are too good to ignore.

Part Fiona Apple and part Sharon Van Etten, this number will grab you in two ways. First, the track is a slow burner, beginning calmly before the melodic rock tones turn into a fierce growl. The ending guitar solo is mind-blowing and spine-tingling. Second, her words are, as always, strikingly honest and powerful. There’s no hiding behind the veil of ambiguity for Allum on this song. She fully reveals her troubles and those she caused. People don’t make songs like “RASCAL” anymore. For that matter, people in general are too afraid to face reality and confront themselves, and Allum delivers a lesson in how honesty and self-scrunity can be empowering.

The single is out on Killing Moon, who will release Allum’s next EP later this year (we hope it’s coming this year).

Once upon a time, Esther Joy was a shy, young woman still trying to discover her sound. Despite having a gorgeous voice, she still wasn’t confident with her talent, which happens when one is constantly on the move since the age of 13. Now in her early 20s, confidence is no longer an issue for the Oxford native, who has firmly settled into a style that allows her to fully take advantage of her production talents, her ranging vocals, and her creativity.

A few weeks ago, she shared “Day 1 (Silipur Leaves Home)”, which is the lead single from her sci-fi, graphic novel / EP, The Acid Caves, vol. 1. The second song is another propulsive, Grimes-esque electronica track, “Day 4 (Landing)”.

Whereas the first track told the story of another life form (possibly Blade Runner-like Replicants) leaving her home, this latest number sees Silipur arrive on Earth in search of energy and resources. She is not solely seeking subsistence but also her purpose. “I don’t need make the answers wake me up no more”, Esther Joy’s distorted voice exclaims. These words, though, also indicate that our heroine is about to act because, as Joy explains, she “is overwhelmed by the psychological state of the planet and the emotional toxicity of it’s atmosphere.”

We’ll have to wait until April 27th to learn how the story unfolds, as that’s when the EP drops.

Japanese trio The fin. have established a reputation for creating scintillating and dreamy neo-psychedelia. Each of their songs created the sensation of following through the rabbit hole over and over and over again. To call their music delirious would be an understatement. That said, their latest track, “Shedding”, offers something a little big different.

More groovy with a disco vibe, the song keeps us firmly on Earth. Their trademark dream-like ecstasy remains, but this time we’re grooving and spinning inside the sweet melody and the trippy rhythms and beats. It’s as if the most stunning phenomenon has embraced us and taken control of our bodies. And it has also taken us to a place where we can discover our true selves, shedding our skins in the process.

You can experience The fins.’ enrapturing music in person if you’re currently in Asia, as the band is touring Thailand, the Philippines, and Japan this spring. Dates are here.

The fins.’ new album, There, is out now. Their website has links to purchase or stream the LP.

We all know about super-groups, but what about super-group siblings? Brothers Scott and Grant Hutchison of Frightened Rabbit) and Justin and James Lockey of the Editors and Minor Victories, respectively, have established a whole new concept with their new band mastersystem. When they released their debut single, “Notes On A Life Not Quite Lived”, a month ago, we were introduced to a harsher, reverb-drenched rock sound. This wasn’t the melancholic indie-rock of FR or Editors nor the shoegaze approach of Minor Victories. Instead, the foursome had rewound the clocks to the ’90s and ushered the return of ’90s college rock and garage-rock. For their latest track, “The Enlightenment”, they take things even further.

Assertive, intense, and a raucous rocker, the quartet go full bore The Pogues (with a heavy dose of A Place To Bury Strangers) and deliver one anthemic, mind-blowing track. This tune is meant for small, basement bars where the patriots can mosh, jump, shake, and bang their heads with without abandon. Scott’s lyrics, as always, are poignant, as he tackles his own existence and purpose on this planet and how one person has helped him see the light from the darkness. It’s awesome tune to lose oneself in while at the same time discover who you are.

The band’s debut album, Dance Music, is out April 6th via Physical Education Recordings. You can find pre-order links here.

Montreal is often cited as the most creative music scene on the planet, and it’s difficult to argue with that notion with Leonard Cohen, Arcade Fire, Suuns, Patrick Watson, Ought, and many others calling the great French-Canadian city home. Wellington, New Zealand isn’t too far behind, where despite its small population (just over 355,000 inhabitants) it consistently produces bands and artists that are constantly innovating, such as ONONO.

A relatively “new” band, ONONO is fronted by Jono Nott, who performs in a couple of other Wellington-based bands Hans Pucket and Red Sky Blues. Nott could be considered the David Grohl of the city, where the drummer has moved to the front of the stage and is carving out his own name.

Their latest single, “Pickup Point”, bleeds of New Zealand. Specifically, it cannot be pigeonholed within any specific genre. Instead, it is a mix of several genres. The song starts off with a cool and trippy neo-psychedelic approach that echoes Ruban Nielson’s early days. It then gets a little gnarlier at the bridge, which features a great guitar solo, before easing back to this shimmering and hypnotic soundscape. Even the storyline is quite imaginative, as Nott, we think, is describing a love story between an alien and a human. Or maybe it’s Thor falling in love with Dr. Jane Foster.

“Pickup Point” is the lead single from ONONO’s new EP, Stand, which will be release later this year on Ball of Wax Records. 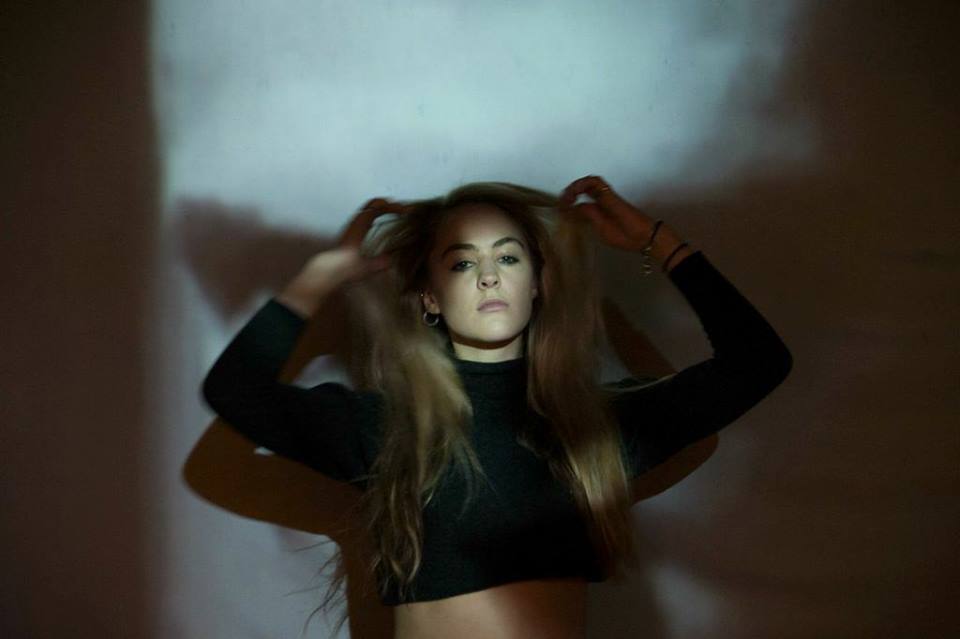