The second part of our Good Friday twinbill – The Matinee ’18 March 30th – North American Edition – has seven songs, and several of them are from some of our all-time favorites. There are upbeat numbers and a few extremely moving and powerful numbers.

Bloodboy – “Is Now a Good Time to Ruin Your Life?” (Los Angeles, USA)

Lexie Papilion, who goes by the moniker Bloodboy, has demonstrated over the past few years an ability to create rapturous pop-rock anthems. Her debut EP, 2016’s Best of Bloodboy, was a vibrant and energetic record. Her first single of 2018, “Sex Crimes”, was another sugary ear-worm with a powerful political and social message. She delivers another fabulous number in “Is Now a Good Time to Ruin Your Life?”

This slow-building, melodic rocker will rip apart your soul, which is what Papilion wants to achieve. As the blistering guitar and jolting rhythms rings in the background, Papilion’s voice hollers angrily at the person who told everyone her secrets. At the cold-hearted individual who swept aside her love as if she was a one-night stand. Now she’s seeking revenge. Given her growing fan base and biting tongue, Papilion isn’t one we would want to double cross.

Bloodboy’s forthcoming debut album, Punk Adjacent, is expected later this year. This should be another treat.

“Faster Interactions” is the latest single release from Jaunt. The newest track had help from vocalists Caitlin Woelfle-O’Brien (AKA Blunt Chunks) and Eliza Niemi of Mauno.

“Faster Interactions” is definitely a complex mix of sounds yet the odd combinations totally work in this case. The band have found a way with finding unique sounds that somehow surprisingly mesh together brilliantly (much like on UMO’s Multi Love).

The band shares a bit about their newest release: “Faster Interactions” is probably our zaniest track to date! It was one of the first written for Cue, but also took the longest to complete. We quickly knew that it would be a single, and playing it repeatedly live has helped us finesse it’s nuances. Caitlin and Eliza really helped bring a new energy and dynamic, ultimately making the song more joyous. We’re also trying very hard to bring back the sound of cheap keyboard orchestra hits in pop music

Jaunt are Thomas Helliwell, Pat O’Brien, Daniel Reardon, Duncan Hood, and Nick Nausbaum. Their upcoming EP, Cue, is due out April 13th. Pre-order it on Bandcamp.

When Jo Passed shared “MDM”, it left us wondering whether the edgy, flame-throwing alternative sound was permanent or just a one-off. Jo Hirabayashi, Bella Bébé, Megan-Magdalena Bourne, and Mac Lawrie give an emphatic response with “Millennial Trash Blues”.

Commencing with a stream of reverb that could be taken from a Sonic Youth album, the tune suddenly turns into an intense and suspenseful track. It feels like a chase in the depths of the forest with our greatest fears coming after us. The guitars and rhythms are bone-jarring awesome and to provide balance to the eerie tone is Hirabayashi’s lush vocals. But is she our savior or a siren luring us to another trap? If you want answers, check out the “thrilling” music video.

Jo Passed’s new album, Their Prime, arrives May 25th via Royal Mountain Records and Sub Pop. These two labels know a thing or two about great alternative bands. Oh, the LP is also available for pre-order on Bandcamp.

Last year, Miya Folick delivered one of the best EPs of 2017 with Give It To Me, which was 21 minutes of relentless, emotional fury. The record was a culmination of nearly three years of releasing intelligent, fiery, and personal singles, and her style had us comparing her to a young PJ Harvey, Angel Olsen, Fiona Apple, Feist, and Sharon Van Etten to name a few. Her potential is extraordinary, and this opinion must be shared by the folks at Interscope Records, who have released her latest powerhouse, “Deadbody”.

Grab your favorite beverage, sit down, and then listen to this song. The harrowing indie-rock approach creates the perfect atmosphere for Folick’s emotional tale. As the instrumentation around her slowly builds and becomes more intense, Folick’s voice is angry and menacing, but her words are her sharpest weapons. She directs her rage at the person who took advantage of and used her. She targets the person who “poured her coke and vodka“, told her “baby be nice”, and  then tried to buy her silence. Her lyrics are powerful as she tells her #MeToo experience, which is unfortunately shared by far too many people. Folick, like many others, will not be quiet. She will use her platform to tell her stories and, more importantly, give other individuals and herself strength.

“I want you to know that I’m not powerless.
My strength lies within my gentleness.
And I’m already hurt so now I don’t have to hide.
And I hold all the heads of my sisters and brothers high.
Don’t want your money for my silence,
I don’t care who knows my name.
Don’t tell your friends I’m a liar to convince them I’m insane.
Over my deadbody!”

As it’s the long weekend and we won’t have a Saturday Sampler, we must share a shoegaze tune. Yeah, we know not everyone likes the reverb-drenched and cosmic approach, but for us the genre constantly delivers songs that allow us to momentarily escape and makes us feel reinvigorated. To feel alive. This is exactly what topographies deliver with “Pink Thoughts”.

The single is classic shoegaze, in the dreamy sense that is. From the whispery, lush vocals to the reverb and crystalline guitar lines to the heart-pounding rhythms, the song recalls an era when Slowdive, Cocteau Twins, and Ride were the darlings of the music scene. Music that we wanted to wrap ourselves in for hours and get lost in its splendor. Now a new generation gets to enjoy the genre that just won’t die, and in topographies they could very well have their own My Bloody Valentine. Forget they – that we can appreciate and celebrate.

topographies are Gray Tolhurst, Jeremie Ruest, Justin Oronos, and Lauren Grubb. The song is taken from the band’s forthcoming, self-titled 7″, which will be released May 11th and is available for pre-order on Bandcamp.

You often read the phrase, “buckle up and get ready to be taken on a ride”, when writers describe an upbeat, high-intensity song. We’ve used it on many occasions, but not this time. On the contrary, unfasten your seat belt, stand up, warm up your limbs, and get ready to move. Get ready to dance like there is no tomorrow and allow all of your worries to wash away during “Boyish Wave”, the emphatic new single from Wild Moccasins.

Think Debbie Harry fronting a band that combined Duran Duran and Yeah Yeah Yeahs, and you get one incredible post-punk, synth-wave band. Front woman Zahira Gutierrez’s vocals are fierce and edgy, as she hollers at the people who deny us the right to love who want and be what we want. It’s a challenge to the conformists who want to shackle us to their standards and beliefs. As her voice pierces through the track, a mountain of sound builds. Hard and assertive synths and percussion pound throughout with slight tinges of the electric guitar searing in the background. They provide the perfect foil to Gutierrez’s empowering message. The perfect foil for us to dance the night away and to tell all the deniers to screw off.

Wye Oak – “It Was Not Natural” (Baltimore, USA)

Wye Oak are Jenn Wasner and Andy Stack. “Lifer” is their latest release leading up to the release of their upcoming album.

“Lifer” is a beautiful track that tackles the reality that life is sometimes not fair. It’s about betrayal, pain and of course reflecting on the question about wondering if life could be better elsewhere. As usual Ms. Wasner’s vocals are soothing and she’s surrounded by gentle guitar until that amazing guitar solo erupts. The last two lyrics sum up the contemplation reflected in the track:

Wye Oak’s new album, The Louder I Call, The Faster It Runs, is out next Friday, April 6th via Merge Records. It is available for pre-order on Bandcamp, and the band’s website has a full list of 2018 tour dates, which is currently underway. 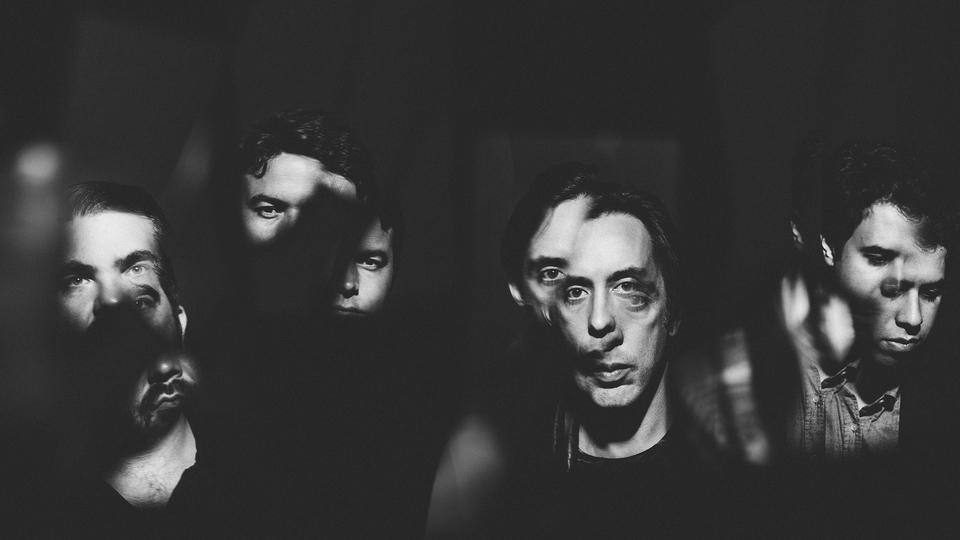 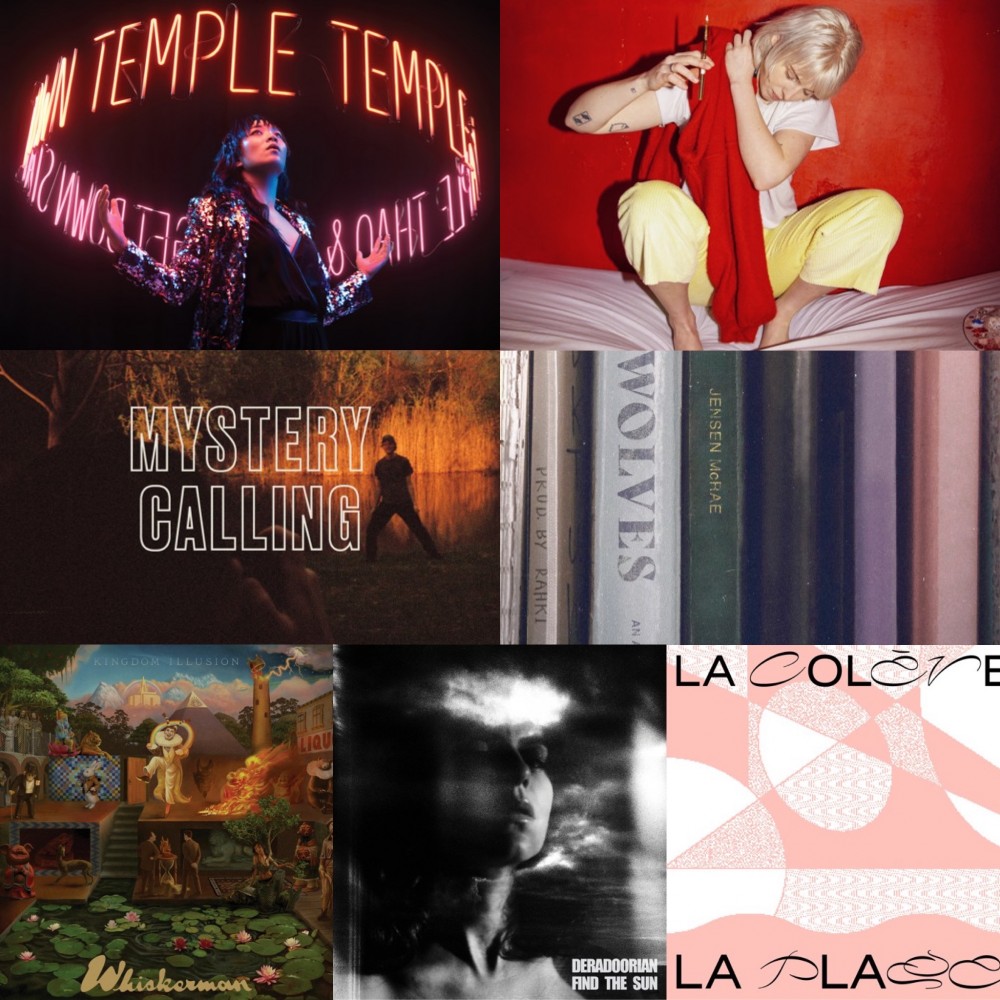