It seems like Frankie Cosmos’ Greta Kline has written hundreds of songs from her 52 releases on her Bandcamp, plus her work with other bands including Lexie. On their new Frankie Cosmos record, Vessel, Kline (vocals/guitar), David Maine (bass/vocals), Lauren Martin (keys/vocals), and Luke Pyenson (drummer) package 18 tracks into a half hour. Yes, 18 songs in 30 minutes. Some tracks are from her Bandcamp back catalog, others from her live shows, and some are brand new. Given the quantity, Vessel is one of the most wide-ranging albums of the year. It can be laid back, at times completely urgent, and it’s always engaging and fun.

“Caramelize” kicks off the record with a huge bang. Its quiet-to-loud approach is the foundation upon which the rest of Vessel is solidly constructed.  The harmonies between Kline and Martin are superb, and the song kicks into an extra gear by a driving drumbeat from Pyenson. Kline’s guitar work is very percussive, and it goes well with the drumming on the record. Tracks like “Apathy”, for instance, show exactly how great this combo can be.

While most of the tracks sound big with a full band, Frankie Cosmos takes breaks from that on songs like “This Stuff” and the sweet “My Phone”, which features mostly just Kline and guitar. She even takes to the piano for “Ur Up”. But these breaks are short lived, as they’re immediately followed up with energetic tracks such as “Jesse” and “Duet”, which is a sweet tune with a strange change up in the middle of it.

Kline’s guitar work doesn’t quite reach the “shredding” department, but it adds a great layer to many of the album’s tracks. “Ballad of R&J” has a great driving rhythm with infectious, simple leads that add a ton to an already terrific number. “Being Alive” kicks the pace up and features a catcjy sing-along section – “Being alive / Matters quite a bit / even when you feel like shit” – mixed in between some of the record’s loudest moments. Hearing “Bus Bus Train Train” is a real treat for any long-time fan of the band. Despite the addition of a bunch of instruments, it still feels so much like the song as it appeared on 2013’s Daddy Cool.

The album ends on a strong run as well with “Same Thing” encapsulating everything that makes Vessel a great record. The title track, “Vessel” concludes the LP, and it features one of Kline’s best vocal performances as well as some of the record’s best drumming.

Vessel is another great release in the ever-expanding catalog of Frankie Cosmos. The production is top notch, and the expanded versions of older songs sound amazing. The new songs fit in so nicely, anyone new to the band wouldn’t notice.Vessel is a finely crafted album with a ton of different ideas living as one on this record. But it never feels out of sync.

Vessel is out now on Sub Pop, and it can be purchased on Bandcamp. Frankie Cosmos will be heading out on tour in April, and initial dates are available here. 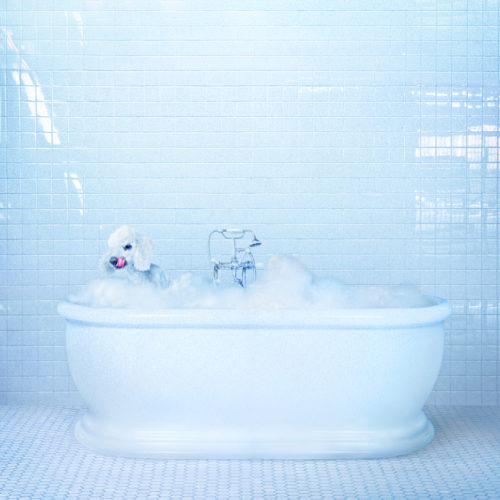 Public Service Broadcasting – “The Other Side”