The Matinee ’18 April 12th edition features nine songs as usual. The descriptions, however, are much briefer because I’m on holidays. Let’s be honest – you’re here for the music and not necessarily what I have to write. With that being said, let’s get to the music.

A couple of years ago when we were introduced to Beach Skulls, Wendy described commented that the trio were making some of the best garage-pop at the time. Two years later, nothing has changed, as “That’s Not Me” is another superb effort. The track resonates with the groovy, surf vibes of the late ’70s, but the band add a bit of film-noir suspense to turn this into a suspenseful hip-shaker. Even the lyrics hold some mystery, as front man Ry Vieria proclaims his innocence to anyone willing to listen.

“That’s Not Me” is taken from Beach Skulls’ forthcoming album, Las Dunas, which is out June 1st via PNKSLM Recordings. The band is comprised of Ry Vieria (vocals/guitar), Jordan Finney (drums), and Dan West (bass).

We’ve compared Anne Lise Frøkedal – or simply Frøkedal – to many great singer-songwriters, but there is one that is immensely apt. She is the Norwegian version of Feist, as she’s able to create stirring folk-rock melodies while penning fabulous tales and messages. Her latest single, “I Don’t Care”, further showcases why we have long thought highly of the Oslo-based singer-songwriter.

With a ’70s Laurel Canyon vibe, Frøkedal’s vocals have an air of Agnetha Fältskog of ABBA (she had a fabulous voice) and Michelle Phillips. It’s a voice that will leave you dazzled, and one that you want to hear over and over again. Yet her story is about another person who does not want to “know her well”, choosing instead to hold on to preconceived notions and believe in rumors. There is only one rumor, though, that every should believe – Frøkedal’s big breakthrough is coming soon. It could happen as soon as August 31st, which is when her new album, How We Made It, is released on Propeller Recordings.

RIYL: The Bats, The Clean, The Melvins

The Dunedin sound first hit airwaves in the ’80s, but more than 35 years later it still is being replicated. There have been some not-so-good imitations, but there have also been some great ones. Philadelphia-based trio Honey Radar‘s new tune, “Psychic Cruise”, obviously falls in the latter category.

Short, punchy, and extremely catchy, the song is definitely straight out of Flying Nun’s initial years when they released albums by The Clean and The Chills. Most people often relate the Dunedin sound to the mi-fi, head-noddling, catchy melodies and rhythms, but the era also helped make wacky, even borderline nonsensical stories become popular. This isn’t to say that Holy Radar’s story is ridiculous, but it is definitely far-out trippy. We’re not quite sure if they’re describing the reign of the man currently in the White House, how crazy the world has become, or the adventures of one messed-up dude. Maybe it’s all of the above.

Holy Radar’s new EP, Psychic Cruise, will be out April 20th on Clunklet Industries. This could be a fun record to spin at a springtime BBQ.

Jenny Hval is one of the great talents in music. Whether she’s crafting vast landscapes with her experimental approach or startling intimate numbers, the Oslo-based artist has a knack for getting under your skin and touching every nerve. Then there are times where she makes you just exhale in wonderment and delight, which is what she does with “Spells”. For that matter, the name aptly describes the song – absolutely spellbinding.

Her soft vocals and the sultry production are the mesmerizing components while the sax delivers the groovy enticement. There are, however, more elements – a soothing piano intro, horns, percussion – making this track one of the most unique this year. It could be performed within the vast expanse of London’s Barbican Centre or in the more intimate confines of NYC’s Birdland. Either way, every audience member would be entranced, humming the words, “You won’t have to wait too long”.

And we won’t have to wait too long when Hval’s new EP, The Long Sleep, is out May 25th on Sacred Bones.

Is there another band like La Luz, who are able to take classic doo-wop, merge it with beach / surf tones, and make it mysterious and seductive? If another band exists, we have yet to hear them. In other words, La Luz are one-of-a-kind, unmatched in their ability to make us being like we’re being consumed by the world around us as we lazily walk down the sandy paths of Venice Beach. Or in the case of “The Creature”, the place is the swampy oasis that exists inside our mind.

The song is absolutely stunning and gripping, featuring gorgeous orchestration and a chiming guitar line that is awe-inspiringly delirious. Shana Cleveland’s lush vocals are enchanting, as she takes us inside her mind and how her body and soul are being taken over by something or someone. Whether it is an actual organism, person, or a figure of imagination is unclear, but what is certain is that this song will have the same effect as “The Creature” has on Cleveland. If you’re like us, you’ll want to this entity to stick with you for a long, long time. Hmm… maybe it Guillermo del Toro makes a sequel to The Shape of Water he could use this tune in the soundtrack.

At the start of the year, we listed My Brightest Diamond‘s potential new album as one of our most anticipated of 2018. The other day, Shara Nova, the woman behind My Brightest Diamond, revealed that she will be releasing a new EP. While there was a bit disappointment that we’ll get 5 or 6 songs instead of 10 to 12, our despair turned into celebration after hearing “Champagne FR”.

This tune is awesome. It is also completely unexpected. First, Nova turns up the intensity and beats and delivers a dance-pop number that is borderline EDM. It’s unquestionably a song meant for dance clubs, particularly those in Paris, Berlin, and Prague. Second, Nova sings completely in French, describing a bit of a cat-and-mouse charade between two people. Even if you don’t speak a word of French other than bonjour and merci, you’ll still love this tune, especially the great guitar line and production work.

From the mind of  Los Angeles based photographer and visual artist Jeff Fribourg comes Numb.er, which is like the perfect marriage of Gary Numan-esque darkwave and the contemporary post-punk delivered by Preoccupations. Oh, cannot forget to include a splash of A Place To Bury Strangers, making their new single, “A Memory Stained”, one exotic musical tonic.

Fribourg’s robotic vocals provide the perfect complement to the dark and eerie soundscape. It’s as if we’ve delved into the world of TRON, except this place is occupied the demons of our mind instead of the madness of video game characters. They are seeking endless pleasures in order to unleash the creature that exists within us. To unleash hell within and around us. Fortunately, Fribourg and friends have released a song that is more mesmerizing than eerie and just brilliant.

Numb.er ‘s debut album, Goodbye, greets the world on May 25th, and Felte will release it.

RIYL: Sly and The Family Stone, The Suffers, Sharon Jones & the Dap-Kings

A few weeks ago we got to meet Room Six Eleven, a relatively new collective based in Athens, although some of the members come from Israel and the USA. Led by composer, arranger, producer, and multi-instrumentalist Kyriakos Mourtzouchos, the band also includes vocalists Stevie, Kris Lee, and the Ghost. Instrumentation includes Mark Morgan (trumpet), Yoed Nir (cello and strings), and Sakis Bastas (bass). Aris Androutsos and John Kokkonouzis are co-songwriters. We compared them to San Fermin, although this outfit is far funkier and soulful in a ’70s sort of way. Their latest single is another funk-a-licious tune.

If Sharon Jones was still alive, she would be dancing across the stage while spinning “Bad Times”. The orchestration (truly orchestration) is superb, reminiscent of the Menahan Street Band (who backed the late Charles Bradley) and the Dap-Kings (who were Sharon Jones’ backing band). Stevie’s vocals, meanwhile, are from a bygone era, which is another way of saying they are wonderfully classic. Don’t sleep on her lyrics, as she challenges us to get through these “hard times, bad times”.

We didn’t latch on to The Yada Yada Yadas when they released their first single, “Oceans”, at the end of 2017. We don’t have any excuses. However, it’s better now than never, right? Their second song, though, has convinced us this young outfit is on to something really big. Possibly as big as Arctic Monkeys because, as they demonstrate on “Woke Up Strange”, they can create hook-filled, catchy alternative rock while also spinning incredible lyrics. Seriously, a lot of bands, including those who have been in the business for over forty years, could learn a thing or two from the English outfit.

Musically, the song is outstanding. Edgy and melodic without going too far in either direction, the song will stick with you for days. You might even find yourself doing your best air guitar during the soaring parts. The music may hook you to the song, but the storyline and words keep you engaged and have you repeatedly spinning the track. Listen intently to what is said because you might know someone who is undergoing changes and needs help. Or maybe that person is you. This is truly fantastic songwriting.

The single is out on Silent Kid Records. 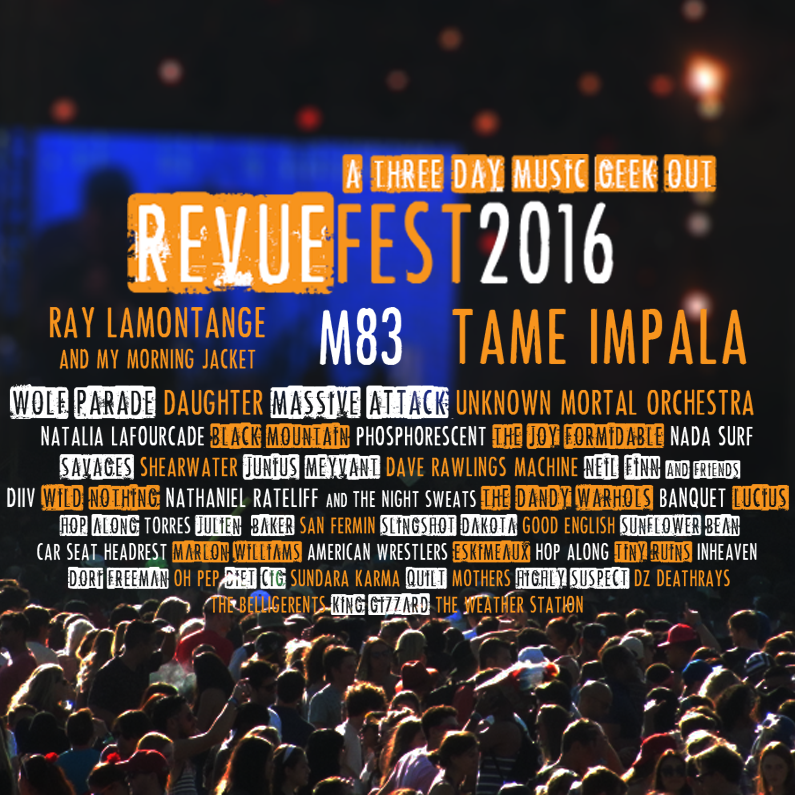 Mundo Musique: The History of Apple of Pie, “Feel Something”