Awesome new music with shorter descriptions are on order for The Matinee ’18 April 17th. Rockers, anthemic numbers, and intimate tunes are all featured. Let’s get to it!

RIYL: The Clash, The Strokes, Shame

Essex trio BILK may still be hovering under the radar, but soon enough Sol Abrahams (vocals/guitar), Luke Hare (bass), and James Holland (drums) will be a favorite of the English underground music scene. They’ve already shared one terrific single in “Give Up”, and they return with another head-shaking number with “Spiked”.

The song is like a salute to the great bands of the ’70s like The Clash and Sex Pistol with its catchy rhythm section and an amusing story line of drinking the “punch” at a party. This tune will get people jittering around, whether it’s standing up and dancing or just shaking in their seats. Live, though, everyone would be losing their marbles, going ballistic on the dance floor or jumping manically in front of the stage. Now someone book this band at the 100 Club or Garageland.

How have we not come across The Cheap Thrills sooner? From pounding garage-rock to anthemic pop-rock, Lewis Pike, Anton Eager, Terry Eaves, and Callum Fitzpatrick deliver adrenaline-rushing anthems, which is music we generally gravitate to in waves. While we’re a little late to the party, next time around we’ll arrive early, especially if they’re sharing songs like “Copendence”.

The track is a rapturous, heart-pounding pop-rock number akin to Sundara Karma and The Hunna and before them Kasabian and Keane. It grabs hold you first with the tremendous orchestration, featuring a searing guitar line, tickling keys (hence the Keane comparison), and the hammering rhythms. Front man Lewis Pike’s vocals burst like fireworks in the nighttime sky, as he shares a message of community and unity. It’s a feel-good song that would be perfect for an any event or occasion that celebrates what we’ve done, where we are going, and more importantly who we are.

End of the Trail Records has released the track. Maybe this means a new album is on the way.

Canadians who know about Golden, British Columbia likely have either passed through on their way to the beautiful Okanagan Valley or as an affordable base to explore the Rocky Mountains. The small town of less than 4,000 people, though, could soon be known to music fans as the home of Easy Ruckus, which is the project of Landon Bushell and Matt Downie. We have no idea what the pair do in terms of a career, but this little side thing they have going has plenty of potential. At least that’s what their new single, “Pretty Face”, would indicate.

The song is difficult to categorize, as it’s a mishmash of genres. A ’90s indie-rock vibe a la The Shins percolates beneath the surface while the experimental art-pop of Glass Animals bubbles to the top. It’s a little funky, extremely fresh and cool, and one fantastic ear worm. It’s that quiet little number that you keep in the middle of your favorite playlist because it causes you to unexpectedly bop around and forget all your worries.

The track is taken from Easy Ruckus’ new album, Tango, which will be released next month via Wandering Who Recordings.

Another artist we’re a little late in talking about is Erin Rae. How that is even possible when she has a classic voice that is somewhere between Hope Sandoval and Tift Merritt and a beautiful country-folk vibe? Some things are inexplicable, but one thing that is not is her future as one of Nashville’s brightest new stars. Her newest single, “Putting On Airs”, is just another example of her tremendous talent.

The song will leave you swooning, which is a word we seldom use. Rae’s enchanting vocals are unquestionably the star (although the steel guitar that echoes occasionally is like ear candy). They fill the air with an incredible warmth like the sun’s rays breaking through the overcast skies. Her lyrics, though, tell a different story. Reflective and introspective, Rae explains the sacrifices and struggles she’s endured to get to where she is today. Despite some of her startling omissions, you’ll find her story to be empowering.

“Putting On Airs” is the title track from Erin Rae’s new album, which will be released on June 8th via Single Lock Records.

We’ve compared Austrian quartet Hearts Hearts to everyone from Radiohead to Grizzly Bear in the past because they are masterfully blending electronic, art-rock, and indie while keeping it accessible. The band are truly innovators and one to watch not just now but for as long as they exist. Further making us believe that they could break out to be at least as popular as Grizzly Bear and alt-J is “Goods / Gods”.

Simply put, the song is a dazzler. What David Österle, Daniel Hämmerle, Johannes Mandorfer, and Peter Paul Aufreiter have crafted is shear brilliant artistry that rivals anything currently in the music realm. Trip-hop elements are infused to add some hypnotic lushness while the spatial beats and rhythms create a cosmic groove. Österle’s vocals, meanwhile, are heavenly, enchanting us with his soft tones and his lyrics of trying to achieve celestial immortality through the material world. But no matter how we get to the afterlife, hopefully we’ll get to hear a “symphony in the sky” that sounds something just like this stunning.

Hearts Hearts’ new album, Goods/Gods, is out May 22nd via Berlin label TOMLAB.

Last Friday, singer-songwriter Camille Priest and producer David Kazyk – who are simply known as Priest – unveiled their latest EP, Lost Lions (via Nordic Records), which, as expected, is another dazzler of a synth-pop record. We’ve shared a couple of singles from it, so it’s only fitting that we share one more. That tune, the title track, is arguably their finest output.

Like their past efforts, “Lost Lions” is synth-pop straight from the ’80s with a modern twist. A cinematic and springtime vibe streams from the song, and it is reminiscent of CHVRCHES’ early work. In other words, musically the tune is dazzling. Camille’s voice also has an air of Lauren Mayberry – soft, lush, and intoxicating as she tells the tale of a person being “uncaged” and free to explore the world and its many opportunities. To be able to live life to its fullest. Listen closely to the lyrics, which are written by Elizabeth Kazyk, and maybe you’ll help lead you to your own escape.

Los Angeles-based trio Second Still are quickly climbing up our list of favorite darkwave, post-punk bands. Their music is a blend of Savages meets Preoccupations meets Siouxsie Sioux. In other words, their songs are often akin to taking the red pill and spiraling out of The Matrix, which is what “In Order” exactly does.

The track is prototypical Second Still. It is dark, sinister, and mysterious while still being surprisingly exotic and luxurious thanks to front woman Suki San’s stirring voice. The chiming, shoegaze-drenched guitar and the titillating rhythms add to the song’s gloomy enchantment and San’s introspective story about one feeling isolated and out-of-place from this world of cookie cutters and make-believers. Hmmm… if there ever was a reboot or fourth installment of The Matrix, this tune would be absolutely perfect.

In the limited time we’ve gotten to know WHARVES, one thing is clear – the quartet of Matthew Collins (vocals/guitar), Mike Watson (guitar), Scott Finch (bass), and Fraser Rojo Perrott (drums) are unpredictable. They lean towards the indie- / garage-rock side of things, but they’re never afraid to branch out and try something new. Case inpoint: “High School Hero“, which is new wave meets creepy art-rock. The product, of course, is awesome.

The song is a mishmash of influences. Using children’s voices at the opening and later in the track is reminiscent of Pink Floyd’s “Another Brick in the Wall”. The new wave approach is reflective of Talking Heads at their darkest sprinkled with the brooding cinema of Nick Cave and The Bad Seeds. Consequently, the song is indeed quite theatrical, yet it is funky, groovy, and enticing.

As great as this song is, there is one issue – timing. It would have been perfect for Halloween with the references to “high school killer” and “idle minds are the devil’s play tools” (that last bit is a great lyric) plus the eerie vibe that flows throughout the song. Then again, when a band releases a song this great, the best time to share it is immediately.

By now, most know that we’ve been fans of Zoey Lily since the very beginning. Very few artists have struck us the way she did nearly three years ago and continues to today – a sultry and seductive voice, a foreboding but beautiful approach, and stories that touch one’s soul if not occasionally annihilate it. “Last Goodbye”, is more of the latter, as Lily delivers one haunting and spine-tingling song.

The minimalist instrumentation creates the dark and harrowing canvas for Lily to tell her tale of a yearning heart. But is she speaking to a lover or a parent whom she left too early and came back too late to say one last farewell? Or is it someone that got too close and never wanted to let her go? Whoever is the focus of her tale, there is a deep sincerity in each word she sings, and the emotion of her trying to move forward will stick with you for days. Maybe, she will stick with you for eternity, much in the way she has left an everlasting impression on us. 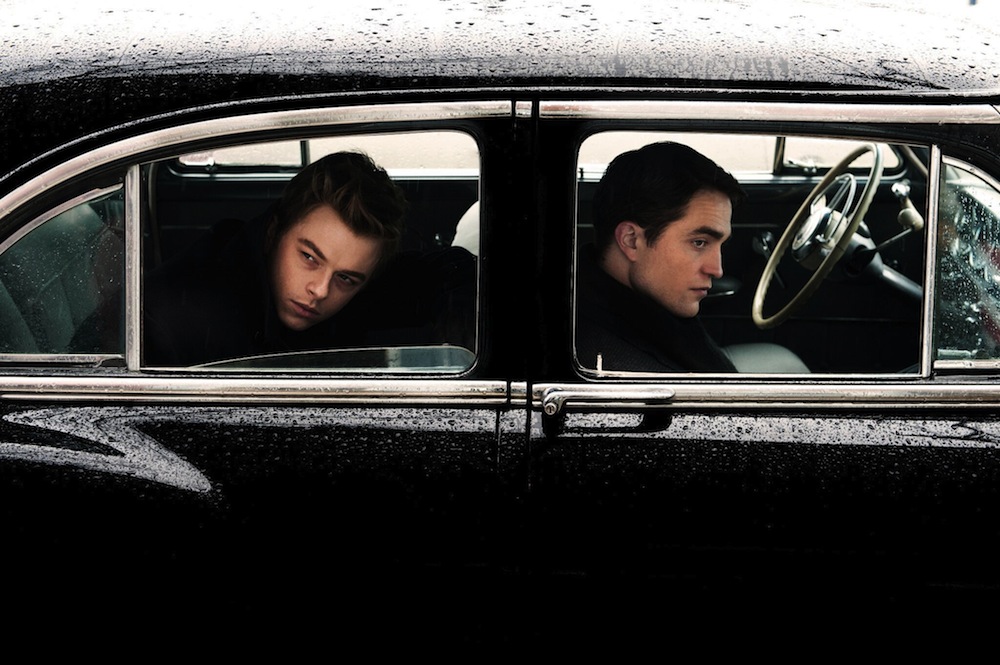