The Matinee ’18 May 10th covers a lot of ground geographically and musically. You’ll be fist-pumping, dancing, or sitting back to absorb the tremendous songwriting. The mini-playlist commences with one of our long-time favorites.

Three years into their careers, Thyla are gradually moving up the popularity charts, but swimming up stream is nothing new for these four underdogs who are doing their part in keeping guitar-driven rock alive. While they’ve evolved since the hellbent grunge / alternative of their debut “Betty” into a driving indie-rock band, they are still an energetic and frantic outfit. Their latest single, “Blame”, just further exemplifies their explosiveness and why more people need to pay attention to them.

This song is a super-charged force of delirious fury. Dan Hole (bass) and Danny Southwell (drums) lead the way with their pounding rhythms while Mitch Duce’s guitar blazes at just the right time. He’s the lightning while Hole and Southwell are the thunder. Millie Duthie, though, is the goddess that controls the storm, as she delivers quick and piercing lyrics about trying to gain “respect” and dealing with the anxieties within and around her. It’s a fabulous song that in less than three minutes depicts what Thyla are and how they’ve gotten to where there are today. Eventually – and hopefully soon – they will reach even more extraordinary heights and be recognized as one of the UK’s finest bands.

The Beths – “Future Me Hates Me” (Auckland, New Zealand)

It was only a matter of time before a cool label snapped up New Zealand favorites The Beths because their music is catchy and uplifting, and their live shows are even more boisterous. Now that they’ve signed with Carpark Records, who will share their debut album, Future Me Hates Me, on August 10th, the future of Elizabeth Stokes (guitar/vocals), Jonathan Pearce (guitar/vocals), Benjamin Sinclair (bass/ vocals), and Ivan Luketina-Johnston (drums/vocals) is immensely bright despite the record’s title. To give people a taste of what they’ve been missing, the quartet share the title track, which is guitar-pop extraordinaire.

“Future Me Hates Me” is shot out of the mid-’90s when bands like Camera Obscura, Sixpence None The Richer, and Saint Etienne filled college and indie radio airwaves. From the bright, infectious melodies to the starburst rhythms, the song will have you shaking your hips, noodling your head, and momentarily forgetting about every worry in your head. Even Stokes’ lyrics (her voice is a standout) offer a touch of optimism despite all the disappointments she’s encounter, such as heartbreaks, headaches, and lying awake deep into the night. It’s fun, warm, and simply awesome, just like the band.

Pre-orders for the album are available here and at the label’s store. The band are currently on tour in Europe and later stop in North America. New Zealand and Australia dates are expected in the winter (Southern Hemisphere winter that is). Find dates near you over here.

Aaron B. Thompson – “Middle Of My Own Nowhere” (Vancouver Island, Canada)

Somewhere out in Vancouver Island sits a man strumming his guitar with his band playing behind him. Twenty years ago, no one would know nor hear the music of Aaron B. Thompson, but one of the great things of the internet age is that a talent like him can be heard. A talent like him can awe listeners with his classic Canadiana approach and stunning vocals.

Think of a Thompson as a mixture of Noah Gundersen, Damien Rice, and Sam Evian, whose music elicits a visceral response. His new single, “Middle Of My Own Nowhere”, specifically, will leave you gasping for a breath and remember the places you let yourself go. Places where you found yourself and decided to pursue your dreams. It might be in your dorm room, on a cross-country road trip, or more likely an unexpected place where inspiration struck you. If you have yet to experience this, then let Thompson be your guide.

As we all know, there are two sides to every coin, and that every book has a cover. But what is on the other side of the coin or what the pages contain is the mystery. Martha Meredith, the mastermind behind For Esmé, is similarly mysterious. The band’s debut album, Sugar, was filled with sweet synth-pop numbers. Their sophomore album, Righteous Woman, which arrives May 25th, promises to be completely the opposite. At least that’s the indication from the early singles, including “Small Talk”.

Forget bubbly and enticing, this tune is dark, mesmerizing, and brilliantly brooding. The pulsating synths and stark beats recreate a soundscape that belongs in the hallowed, secret clubs of East Germany during the Cold War while Meredith’s voice tinges with a slight aggressiveness and even annoyance. Her foe, though, is not an army nor a government, but it is an oppressor that comes in the form of misogyny. Of the men who think they know and want to rule everything, including Meredith. But the Toronto artist is no longer allowing other to “cure her pain“ nor control her thoughts. As she perfectly describes:

“A dark and complex descent into the lonely rabbit hole of calling out misogyny in its many forms, “Small Talk” challenges self and other to cut through the dissonance and find the truth behind the lies.”

Mysterious indeed, but an incredible artist.

Is it possible to simultaneously be enchanted and hypnotized yet want to groove and dance like there’s tomorrow? When in the presence of Golden Dawn Arkestra, the answer is an emphatic yes. Founded by Zapot Mgwana, an American of Ethiopian ancestry, the Texas collective fuse together Afrobeat, neo-psychedelia, funk, and jazz into one bombastic concoction. Sometimes their songs are ecstatic affairs that spur the formation of an impromptu parade. Other times, they are like snake charmers, where the music cast spells on the listeners. As such, their tunes can indeed be enchanting, groovy, and paralyzing like “Lovely Day”.

There isn’t a need to say more about this song other than to be like a cobra and submit to the band’s trippy incantation. Sway gently like the famous and dangerous reptile, dancing easily within the Carnivale-esque rhythms and the sultry horns. Then remember Golden Dawn Arkestra’s name because one day they’ll be in town to showcase their magic in person.

RIYL: A Place To Bury Strangers, The Cure, Joy Division

Every week needs some crippling, new wave-infused post-punk, particularly something reminiscent of A Place To Bury Strangers’ crushing darkness or The Cure’s early Gothic-punk. Sure there are plenty of bands who try to imitate these great groups’ artistry, but in Bordeaux’s LOBBY, we may have found the future of the genre.

While we don’t know much about these newcomers, the folks at Unknown Pleasure Records certainly do, as they recently signed the quartet of Lino Etchegaray, Nabil Bourdareau, Timothée Roze Des Ordons, and Tom Déjeans. They’ve only released a handful of songs in their short careers (one year to be exact), but they’re pretty good. La crème de la crème is “Collapse”. This song is awesome. It could be the anthem to the Dark Knight arriving on the scene and sending terror through the scores of criminals on the scene. Heck, it sends tremors through out skins. The pulsating bass line, the chiming guitar, the military-delivered percussion, the humming synths, and the stark vocals sound vintage, yet fresh and exhilarating. It simply left us saying, “Wow!”

Finally, one of our Artists to Watch in 2018 shares his first single of the year, and the wait was definitely worth it. By now, you know that Michael Jablonka is the ace guitarist in Michael Kiwanuka’s band, and last year he dove head-first in his solo project. He has already delivered some awesome songs, such as “Peacefully” and “I Found You”, but “Flump” is the one we’ve been dying to hear.

“Flump” is just a wickedly maddening piece of rock ‘n roll. The guitar work is outstanding, as Jablonka channels everyone from Lenny Kravitz, Gary Clark, Jr., and even the legendary Prince. It’s a bit edgy, a bit fierce, a touch funky, and completely enrapturing. The support band is pretty good, particularly the sledgehammering percussion, which adds another edge. Jablonka’s sugary vocals provides the perfect contrast to this three-minute hurricane, as he shoots out lyrics directed at any one feeling a little blue or down in the dumps. Just the song, he’s encouraging us to stand up and live like there’s no tomorrow. To just rock out and say “fuck it all”.

The song is out now via super boutique label Lost in the Manor Records.

So what did you do last summer? That’s a question often heard in September in the Northern Hemisphere and in March in areas below the Equator. Most would like share stories of traveling, parties, hooking up with someone, and other trivial things. For Georgia Horsley and Lucy Warriner, they wrote songs and formed The Mother’s Club. What inspired the name of the band is unknown since they’re still students (we don’t think they’re young mothers), but they did have a vision in mind of their project – they wanted to fill the huge vacuum within the music industry of the lack of lesbian duos. When you think about it, they’re right. Sure there are Perfume Genius, Partner, and a few others, but same-sex duos sharing their stories are rare.

The pair, however, aren’t trying to make this a political issue. Instead, their goal is to humanize the LGBTQIA+ community’s experience through playful and infectious music. Of the four songs they’ve released to date, “Lesbian Devastation” best represents their artistry.

Musically, the song is light, warm, and catchy. It’s the perfect track to play on a warm spring day, where you can gently nod your head to the jangly melody and the slow throb of the rhythms. What makes the song, though, is the interplay between Horsley and Warriner, as the two discuss Georgia’s difficulties in getting over a woman named Cathy (or is it Kathy?). From there, the story snowballs into a coming-of-age adventure, but one filled with millennial references. Think Pretty In Pink written for today’s 18-year olds, but a story for all of us to embrace.

RIYL: Bob Dylan, Bob Geldof, early U2 (when they were a punk-ish band)

We don’t know much about Melbourne quartet RVG, other than that their debut album, A Quality of Mercy, was released in February of 2017 in Australia (October in the UK) and the awesome Fat Possum Records will be releasing a 12″ version on the title track on May 25th. Speaking of which, here is “A Quality of Mercy”.

Imagine Bob Dylan fronting a very young U2 or even Joy Division in their early days, and that’s “A Quality of Mercy” in a nutshell. It’s a song that would have been a hit in the ’70s with its melodic post-punk approach and social conscience, and it likely would have been covered numerous times by now. We could hear Bruce Springsteen, for instance, delivering a rousing rendition. It’s not just because of how musically the song is great. The songwriting is what is truly outstanding, as the band describes a man on death row. Whether or not he committed the actual act is unknown, but the community has already decided his fate. They’ve drawn the conclusion that he is guilty, and he must be executed. His last words, however, are that “there’s no evil in me!”, but no one listens.

A Quality of Mercy 12″ will be released May 25th via Fat Possum Records. Pre-order this remarkable piece of music here. 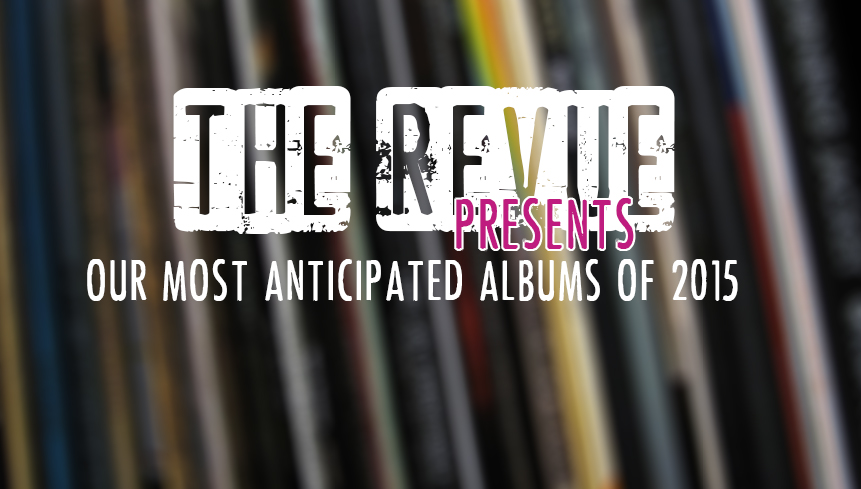 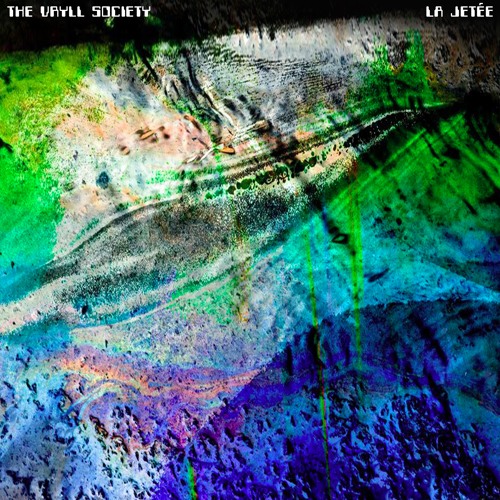