The Matinee ’18 May 11th includes six nine tracks for this fine Friday. The variety today will definitely get you going for the weekend. We have a pretty awesome line up today. We have a worldwide playlist with artists representing Australia, The Netherlands, Greece, The US and The UK today.

London based Bastille are back with a new track that was quietly released. “Quarter Past Midnight” continues to build on the bands knack for infectious, upbeat indie pop. You can view the video here if you do not have Soundcloud Go. Bastille’s newest single is the perfect track for getting hyped up for the weekend, as the song recalls late night shenanigans that have a nice hint of nostalgia to it.

The track also spends a moment with a great reminder of having the listener ponder, if the endless weekend nights are worth it with lyrics that state “We keep on running / Running through a red light / Like we’re trying to burn the night away / Why are we always chasing after something Like we trying to throw our lives away?”

The single is out now via Virgin EMI Records. Dan has also been doing a lot of interviews (and answering a hotline for fans apparently). I attempted to call and there is a nice recording by telling tell you to try again later. “Quarter Past Midnight” is the first single from their upcoming release. Release date has been rumored to be before November yet still no album title as of yet.

RIYL: The War on Drugs, The National, Strand of Oaks, Pomegranates 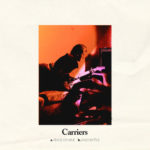 Every road trip needs a soundtrack full of traveling tunes. As summer approaches our thoughts turn to finding two things: our next adventure destination and the music we’ll spin along the way. One tune sure to be in heavy rotation is “Daily Battle” from Ohio-based indie outfit Carriers. Their brand of mellow rock echoes some of our other favorite American bands (The War on Drugs, The National) and makes us want to hit the open road.

The warmth of “Daily Battle” elicits feelings of hope yet hints of hard-earned wisdom. (Lyrics like “I need to know that I have risen” indicate a maturity often lacking in indie rock.) Fans of Strand of Oaks will appreciate the seamless blend of lyrical honesty and rich instrumentation here, as Carriers frontman Curt Kiser (formerly of Pomegranates) seems cut from the same cloth as Timothy Showalter. Likewise, fans of The National will appreciate that drummer Bryan Devendorf is working with Carriers on their upcoming debut album, as is The Afghan Whigs’ John Curley. Is it too soon to add these guys to our Favorite Discoveries of 2018 list?

This song is available on cassette single and digitally via Old Flame Records.

The Districts – “Love Will Tear Us Apart” (Philadelphia, USA)

It’s been a difficult few days with plenty of uneasy news. Fortunately, one of our collective favorites deliver a fantastic cover of one of our all-time favorites (and greats). Sure, Joy Division‘s “Love Will Tear Us Apart” has been covered hundreds of times, but some renditions stand out above the rest. This applies to The Districts‘ version. They stay true to the original’s post-punk approach while adding elements of their own sound, namely in Rob Grote’s vocals and a darker tone in the synth.

One thing we really appreciate about The Districts’ take is that they haven’t tried to do what so many other bands have – made it into an edgy, over-the-top rocker. What made the original great was how Joy Division made the song exhilarating yet dark, and the heavy throbbing of the bass, drums, and Ian Curtis’ voice created a stark drama that mesmerizes us to this day. There was no need for an elongated or fiery guitar riff, just enough crystalline tones to create flashes of brightness. We thank The Districts for respecting the original’s art form.

Seattle trio Dude York are one of the great indie-rock bands of the past decade. They’re a bridge between the past and present, fusing the dry wit and humor that flooded mid-’90s alt-rock with the driving, adrenaline-flowing rock of today. No wonder it’s not at all surprising to see people in their 20s through 50s at their gigs. Another reason to love Peter Richards (guitar/vocals), Claire England (bass/vocals), and Andrew Hall (drums) is that they’re one of the hardest outfits in the business, constantly writing new music and touring. Right now, they’re traveling across the UK (dates here) in support of their two 2017 albums, Sincerely and Halftime for the Holidays. If you’re lucky to see them live in the coming weeks, you’ll get the chance to hear their latest single, “Moon”.

In very Dude York fashion, the song is 220 seconds of unpretentious, chest-pounding indie rock. It’s not just the perfect concert tune; it’s the ideal track to kick off your shoes, peel off the work clothes, and celebrate the weekend. It’s also a great track to add to a road-trip playlist (the long weekends are fast approaching), as England encourages us go to places where we can be ourselves and others accept who we are even if it’s the moon.

The single is out on Bandcamp via Hardly Art.

RIYL: The 1975, Circa Waves, Catfish and The Bottlemen

So far, The Hunna have been able to create extremely melodic pop/rock tunes with each new release. “NY to LA” is no different and has singer Ryan Potter remembering his love while traveling state to state. It’s the reassurance song that the distance doesn’t matter and is perfect for any two lovers living apart.

“NY to LA” has the perfect variance in tempo as you are taken on a ride with the highs and lows. At it’s peak, the track is a complete banger with wailing guitar and high energy percussion.  It’s the perfect track to get you ready for a night out, or even by staying motivated and hyped up with your workout.

“NY to LA” is from The Hunna’s forthcoming new album, Dare, which is out July 13th via 300 Entertainment and High Time Records.

How the heck have we not heard of IV League before? Well, we probably have but for some reason we were distracted. So we have to first apologize to Bella Venutti (vocals/guitar), Lachie Gilmour (guitar), Etienne Mantelli (bass), and Winter McQuinn (drums) for our absent-mindedness. Fortunately, the quartet’s career is just starting to go into overdrive, leaving plenty of time for late-comers like us to pile on to the bandwagon. Their latest number describes exactly what they’ll eventually be.

“Superstar” is just what the doctor ordered to start the weekend. In a word, it’s awesome – or as they say Down Under, it’s a cracker! It’s a flame-throwing, fist-pumping, garage pop-rock anthem that will blow you away. If you’re not the dancing or jumping type, then grab your air guitar or invisible drum sticks and wail away at your make-believe instruments while losing your mind to Venutti’s piercing vocals and thoughtful lyrics. When the song reaches its conclusion, you’ll understand why this band will be Australia’s next big thing.

If you’re in Australia, IV League will be supporting City Calm Down next month. Tour dates and information are available here. 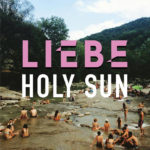 Grab your dancing shoes and get ready to move. “Holy Sun” from Greek duo Liebe will hypnotize you with its sun-kissed disco groove. But this is not your parents’ disco music; no,  this song is fresh and modern despite its retro influences.

What makes “Holy Sun” so irresistible is its energy. The instrumentation sparkles with champagne brightness while the melody is anchored by a groovy riff from Dimos Zachariadis that would make Nile Rodgers jealous. The smooth vocals from George Begas recall ’80s pop icons Pet Shop Boys, though the backing singers will remind you of the women whose voices nearly outshone David Bowie and Robert Palmer.

Every beat of this nearly five-minute odyssey of sound is a pleasure. If you can’t make it to the Greek isles for a summer holiday, just bask in the radiant bliss of “Holy Sun” instead.

This song is out now on Bandcamp. 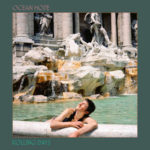 Last month we dove deep into the tropical waters of Ocean Hope when we shared their “Devotion” single. That one really impressed us with its sensual, evocative tones, but their newest offering is even better. They soar to new heights with “My Baby” from their upcoming debut album, Rolling Days.

Angeliki and Serafim Tsotsonis lead you further into their sonic playground on this song. Equal parts dream-pop and shoegaze rock, “My Baby” is the kind of song that plays in your dreams – the ones where you wonder what would happen if Everything But the Girl took a Mediterranean cruise with Siouxsie Sioux and Slowdive. You never knew something this delicious was possible, and yet, here is this unexpected treat waiting for you to enjoy.

We don’t know much about the musical background of these two talented artists. We are curious where these mesmerizing voices have been until now, though. Ocean Hope make music that serves as an oasis from the madness of the world around you. Trust us: you will want to lose yourself inside this lush melody.

Rolling Days arrives on May 25th from Hush Hush Records. Pre-orders are available at Bandcamp.

More than two years ago, Dutch outfit St. Tropez have been rocking our headphones with their “yacht-punk”, which is a combination of garage-rock, punk, and even touches of psychedelia and grunge. In other words, if you grew up listening to the Red Hot Chili Peppers, in all likelihood you’ll dig these gents.

Over the past month, they released three awesome songs. Unfortunately, we only have space to share one, and “Down” is the choice. This track fuses all of the aforementioned genres into one rocking little number. The song sounds like a collaboration between RHCP and King Gizzard and the Lizard Wizard while playing on a party boat. Besides the Indian-inspired psych riffs, the patient rhythms, and the feverish vocals, the band’s message is a brilliant one, as they describe the crumbling of our society to that of a shipwreck. Hmmm… maybe this shouldn’t be played on a party boat after all, but it sure should be heard by everyone. 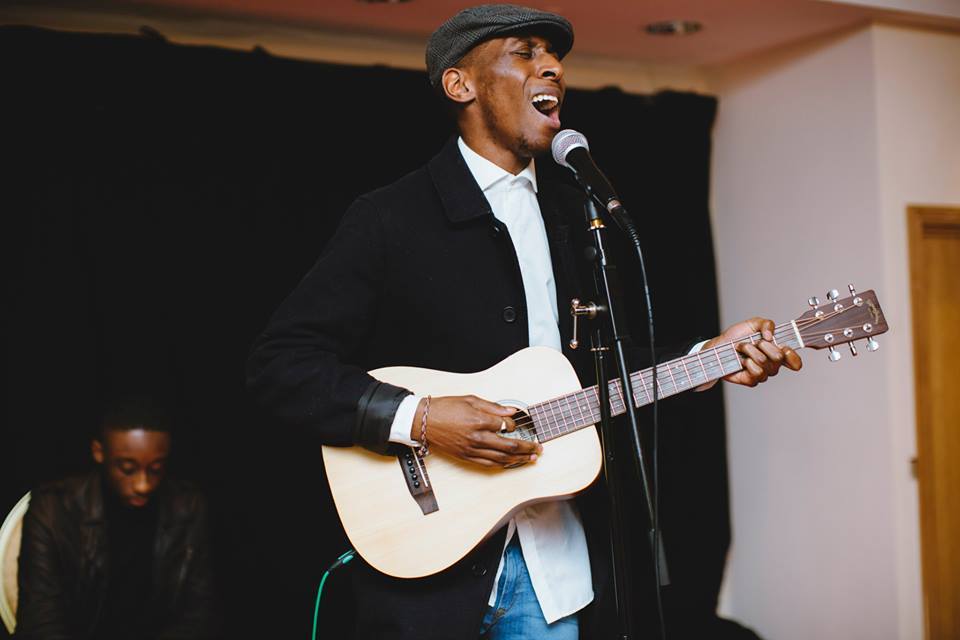 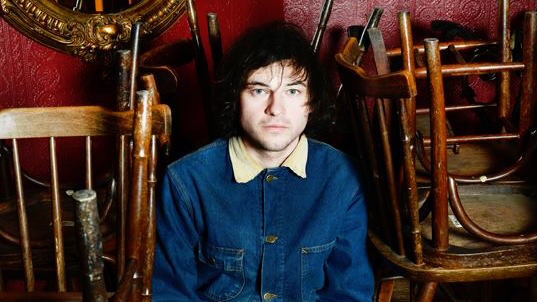