Big, bold anthems and bone-chilling ballads fill up The Matinee ’18 May 24th edition. There are a few familiar names (and favorites) plus the usual assortment of hidden gems. This mini-playlist feels like a weekend version, which for some the weekend starts today.

Summer is just around the corner with long weekends, blockbuster movies, and, well, royal weddings, filling our calendars. Another signal that the hot temperatures are near is that the music starts to heat up, too. Songs that you just want to lose yourself in and dance, exult, or daydream the hours away. In some cases, a song features all three elements, like “Town”, a song from CASTLEBEAT‘s debut album, VHS.

From the shimmering, jangle guitar notes to Josh Hwang’s cool vocals to the awesome The Cure-ish bass line, “Town” will have you up on your feet and feeling stupendous like the first day of a well-deserved holiday. Even the lyrics hit of renewal and reflection, although in this case one is permanently leaving their home and starting a new chapter. In many cases, summer is the time to turn a new page and find new adventures, and “Town” is just the anthem to guide us.

“It’s just one more memory
Before it’s time to leave.
Will you wait patiently
Cause one day you will see.”

VHS is out now on Spirit Goth Records. Get it on Bandcamp.

Leave it to the better-than-great indie label Merge Records to unveil a gem of a band in The Essex Green. Still growing their following, Sasha Bell, Jefferson Rush Baron, Christopher Ziter, Lowell Thompson, and Jeremy Frederick won’t be secrets for very long because they channel some of the great indie bands and artists of the past 30 years. And the more you hear their music, the more you’ll believe like us that the quintet are set to be the next Yo Lo Tengo. As evidence, check out “Sloane Ranger”, which they released last month. Another option is to spin the song above, “The 710”.

Musically, the song is YLT-ish – a shimmering and catchy melody, the cool and intoxicating vocals of Sasha Bell, and a song that is perfect for spinning on a road trip, at the beach, or at the cottage. The comparisons also extend to the band’s fabulous songwriting, as in this case they craft a story to which we can all relate. But there is also a hidden meaning behind this tale that on the surface seems to be about a secretive affair. 710 was a special area code used by the US federal government up until 1983. To use it, one needed a special access code. Today, one doesn’t need a phone number to find and share secrets. All one needs is a computer, an internet connection, and some know how. Clever yet catchy. The next Yo La Tengo indeed.

The Joy Formidable – “Dance of the Lotus” (London, England via Flintshire, Wales)

In their decade as The Joy Formidable, Rhiannon Bryan (vocals/guitar), Rhydian Dafydd (bass), and Matthew James Thomas (drums) have meticulously crafted their own sound that Rich describes as a distinctive roar. Their first three albums, highlighted by Hitch, were raucous, anthemic affairs. Just as precise as they were in perfecting their roar, they revealed last Friday a whole different side.

“Dance of the Lotus” is a deeply menacing and foreboding track. It feels like the trio have pulled back the curtain to unveil the underlying darkness within them. As Bryan’s dissonant, chiming guitar slices through the harsh and sinister atmospherics, she channels Kate Bush with a tale that is equally mysterious and harrowing. It is, as the band describe, “a magical and lonely night-time walk in the desert when you’re trying to escape from yourself and the chaos you’ve created.” For us, though, this song makes us feel like a lone wolf sauntering through the Black Forest. However, we’re not on the prowl, but instead we are the prey and the hunters are the voices that occupy our mind. Whatever fable or image you choose, one thing is certain – The Joy Formidable once again blow our minds.

The single is out now on Seradom, and it can be purchased/streamed on most outlets including Bandcamp. Hopefully this is just the spark before the massive detonation – i.e., an album announcement.

Yes, La Lusid is the band that once called itself Lusid, but they recently added the “La” to differentiate themselves from other similarly named bands, experimental rock artist LuSiD. Despite the slight name change, one thing remains the same – Paulina Palmgren, Fabian Ballago, Samuel Collmar, Karl Hovmark, and Johan Nilsson still craft music that causes one to say, “aah”. Or maybe you’ll be uttering “ooh” when hearing “Safe & Sound”.

This lush ballad is filled with nostalgia. The gentle pop vibe is reminiscent of the songs of the mid-’90s when bands like Sixpence None the Richer, The Corrs, and The Cardigans would enchant us with sweet melodies. Having a vocalist like Palmgren also raises the stakes, as her soft voice serenades us with a message of hope, perseverance, and togetherness. What takes the song to another level, however, is the jazzy ending that booms with a wonderful sax solo. It’s completely unexpected but a wonderful surprise from a band just hitting its stride. From a band that is about to be known as Sweden’s next great musical export.

The single is out now via Birds Records, who will also release La Lusid’s debut album later this year or early in 2019. 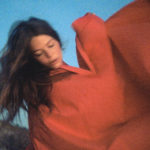 Most music fans know Maggie Rogers‘ story, which is like a fairy tale. If you need a reminder, watch the video of Pharrell Williams sitting in a class session of the Clive Davis Institute of Recorded Music at New York University. Since the unexpected encounter, her career has been headed in one direction – skyward. Despite the popularity, the 24-year old singer-songwriter and producer remains true to her roots, releasing music that is grounded in her folk origins while infused with electronic elements. Call it folktronica or electro-folk, whatever the term her music is engaging. It is also creative, as Pharrell points out in his meeting with Rogers, one must “be willing to use elements that are not necessarily popular.” And she displays her ingenuity once again on “Fallingwater”.

The intimate and dazzling folktronica of her hit single, “Alaska”, remain, but there is one thing that is different. Rogers’ voice is much fuller and even more stunning than before. It’s rich and alluring, making her story about her two-year journey even more immediate and endearing. Her lyrics, too, are tantalizingly poetic, as she compares her ride to that of a waterfall – or another way to put it like free-falling from the sky. Such an experience is exhilarating and unforgettable, much like this song.

The single is out on Capitol Records. No word yet on when Rogers will release her first album with the label (and third overall), but it should be coming soon.

Of note, the great Rostam Batmanglij produced the song.

Through a handful of songs, one conclusion can be drawn about Iranian-born, Toronto-based artist Sam Irion’s project Mute Choir – he’s completely unpredictable. Where we thought we had him figured out when he released the Elliott Smith-esque track, “Behind the Bars”, he delivered a more electronic-driven yet intelligent song in “Election Season”. For his third effort of 2018, “Minefield”, he ramps up the intensity and infectiousness and delivers a power-rock anthem that rivals, if not exceeds, what more popular bands like U2, The Killers, and Muse are creating.

Despite the killer guitar riff, booming rhythms, and exhilarating soundscape, Irion’s lyrics indicate a different type of whirlwind spinning through his mind. He’s a man navigating through the myriad of obstacles of life – from love and heartbreak to the chaos that surrounds us to the walls that separate us. It takes a special artist to keep listeners on their toes, and Irion’s reputation is reaching these lofty levels.

Mute Choir’s new album, Behind the Bars, is expected later this year.

Another band undergoing a “name change” are Pllush, who added the extra “l” to make it easier to find them on social media (and we’re immensely thankful for the additional letter). The band first caught our attention over two years ago when they released the emotive track, “Sheer Power”. They return with another song that has on our knees.

“Big Train” is a slow-burning epic even though it comes in at less than 4 minutes. Immediately, the band grabs you by the throat and never eases their grip, as the reverb-drenched guitar and plodding rhythms inform us that we’re about to a ride an emotional roller coaster. When Karli Helm’s pain-stricken vocals enter the fray, we at once feel her pain and struggles. Her battle to get through the loneliness and hurt that follows a break up and the long journey to rediscovering oneself. She achingly states:

“Who’s going to love me more
When I’m crying in the middle of the night?
Maybe I’m feeling torn
Because nothing ever comes out right?”

Many bands have covered similar storylines, but few have made it feel so real and immediate. Made it feel like we were living inside Helm.

Throughout this decade, Rubblebucket brought the marching band to the indie pop-rock scene, transforming clubs and theaters into, well, dance parades. They were ahead of their time, and they remain so to this day. For their upcoming new album, however, Rubblebucket have pared down from a five-piece to featuring only original founders Kalmia Traver and Alex Toth. The decision is easy to understand, as their upcoming album, Sun Machine, documents the past five years of their lives. This includes Traver’s diagnosis and recovery from ovarian cancer (which she covered on her solo debut album as Kalbells), Toth’s three-year battle with alcoholism, and their dissolution of their personal relationship. Yet the two remain close friends and collaborators, and the chemistry is unmistakable on “Fruity”.

To reflect the changes in their lives, the duo have adopted a new sound. Forget the marching band. They’ve brought their jazz background to the electronic stage and into the intimacy of the Lower East Side’s most exclusive night clubs. Shimmering synths, tingling guitar riffs, and groovy rhythms meet the low bellow of sax, trumpet, and trombone, and together they force an intimate dance tune. Traver’s voice, meanwhile, is deft and soft, as she recounts the multiple ways that people can fall in love even when they’re following separate paths. Some of her lyrics are poetic and imaginative, sounding like she’s laying in a meadow and creating a story out of the clouds that float above.

We’re not exactly sure why it’s taken us about 20 months to share another song from Slowcoaches. The heavy indie-rock / punk-pop outfit first blew our minds in September 2016 when they released “Norms & Values”. That song was like listening to the Buzzcocks, but with a fearless female front woman in Heather Perkins. Despite the gap in songs, the trio remind us why we were screaming, “fuck yeah!”, back then with their latest number, “Found Down”.

This song is a face-melting, sweat-inducing epic. It’s the fiery inferno of punk-pop, as every single element explodes with propulsive energy. Perkins’ voice is even more urgent and intense than before, and that’s easy to understand since she sets her sights on all the scumbags who betrayed her trust and screwed her off. Adults, friends, ex-lovers, the money-grabbing music executives – you name it, they’re all the targets of her rage. Oliver Shortland’s guitar, meanwhile, blisters in the air while drummer Sean Hughes unfurls thunderbolts. Together, they deliver a song that deserves another, “Fuck yeah”. By the way, calling this song intense would be underselling its explosiveness.