The Matinee ’18 May 29th edition is filled with plenty of new bands or artists. Some are so new that they have a limited social media presence. Most of the musicians listed below have small followings, so now is the time to get on the bandwagon so you can tell your friends in the future that you knew about them first.

We may as well say it now – twenty-two year old Bill Nickson is an artist to watch and one who could experience a Car Seat Headrest-like explosion in popularity. The native of Wirral, however, has been mastering his craft for over four years, turning his bedroom into his personal studio to create delicious lo-fi bedroom pop and crunchy indie rock. It won’t be long, though, before one of the giant indie labels snap him and put him in one of their state-of-the-art studios. Unless his name is Will Toledo, Nickson won’t need a producer, though, because his music is already perfect. At least his latest single, “What To Say” is.

The song is an eye-opening introduction into the young artist’s quaint world. It resonates with the immediate indie-rock appeal of Car Seat Headrest while mixing euphoric pop tones a la another rising artist, Ruler. Yet listen closely, and you will hear tinges of Elliott Smith in his songwriting. A song about running away and then coming back to the places you know and the people you love.

“And you can’t think of what to say,
So you look the other way
And continue to trace the day until you’ll come home.”

Look out world, a new songwriting genius is among us. Right now, he’s with non-profit, talent developer The Label Recordings.

If we could sit down and have a chat with any artist, Gabriella Cohen would be near the top. The Melbourne-based artist is a free spirit from the ’70s, who has the ability to strip things down to their bare essentials. If she was alive during the Laurel Canyon days or Woodstock, we would likely be talking about her like we do Joni Mitchell. Time, fortunately, is still on her side to reach such lofty levels.

Her latest single, “Music Machine”, perfectly exemplifies her talent. A classic psychedelic-folk vibe fills the air while Cohen’s enticing vocals softly and lushly sings in the foreground. As the song continues, the feeling of taking a road trip along the California State Highway 1 in an old school VW T1 or T2 van overwhelms you. Despite the great weather, beautiful scenery, and endless sunshine, not everything is what it seems. As Cohen describes, she saw “so many homeless on the concrete while bikini girls strut down Venice Beach” and explains how she herself is barely making ends meet.

This is just one adventure from Cohen’s many travels, and we cannot wait to hear them all. This will happen on June 1st, when Cohen’s new album, Pink is the Colour of Unconditional Love, is released via Captured Tracks (Worldwide excluding AU & NZ) and Dot Dash / Remote Control Records (Australia & New Zealand).

We might sound like a broken record in our constant gushing over the Australian music scene, particularly the new generation of female singer-songwriters. The country is overflowing with talent, and that’s not a bad thing whatsoever because every week we’re discovering someone new. Someone who blows our mind with a fabulous song. This week’s turn goes to Grace Turner.

The Newcastle native isn’t quite a new artist. She shared a couple of songs a few years ago, but didn’t release anything publicly since 2015. She remained active, however, within the local music scene, developing a reputation for her emotive music. Then last year, she publicly re-emerged with the knee-buckling single, “Angry”. Her first single in 2018 is another jaw-dropper.

“Dead Or Alive” is that song. It is reminiscent of the intimate and upbeat affair of Margaret Glaspy and Lucy Dacus. Like these terrific artists, Turner has crafted an upbeat track that grabs hold of your emotionally. The toe-tapping, head-noodling folk-rock number is contagious while her lyrics about trying to get through dark days will leave you vulnerable. It takes a special artist to be able to bring two polar opposite feelings into one incredible song.

Pick up the song on Bandcamp. Here’s hoping Turner will release more music in the coming weeks and months.

Put on your favorite pair of sunglasses because this next track radiate of sunshine. It personifies what we all hope will be a memorable summer. This tune comes from a young man who once was known as Lone Beach, but he’s re-branded himself as Jaguar Sun. His real name is Chris Minielly, who hails from the southwestern Ontario town of Elmira, and his song is “Cold Wind”.

This tune feels like day trip on a yacht (not that we know what it’s like to be on a yacht). It is luxurious and stunning, highlighted by the sun-kissed melody (the mix of the acoustic guitar and tropical arrangements is brilliant) and Minielly’s wind-swept vocals. His lyrics, however, feel more like we are stuck on a deserted island, where we struggle to overcome “the highs and lows” of each day. But with a song like this in our lives, we can persevere through anything and one day find ourselves on that yacht.

Taken from his debut EP, That Night, which is out on new indie label Evergreen Arts and is available on Bandcamp.

“Whoa!” is an expression we don’t use too often, but it was the first word out of our mouths when hearing “Fault Line”, the second single from newcomers Loom:ngs, which consists of vocalist Zola Johnson and producer Daniel Loumpouridis. This single is not like your ordinary electronic nor electro-pop fare. It doesn’t come really anywhere close. Instead, the duo mesh downtempo, grime, garage, and even the experimental R&B/hip hop-rock of FKA Twigs into one intoxicating concoction.

Johnson’s vocals are enchanting, hovering in the distance and revealing how she “tries to live on the fault line“ each day. The fault line is the tenuous space that exists between normality and uncertainty, between stability and spontaneity. Only in this place does she feel alive because, as she explains, “The day I get my shit together is the day I die”. It’s a great line that is repeated by Loumpouridis, whose production work is perfectly executed in creating a suspenseful and mesmerizing enclosure. Whereas many producers would be more heavy handed and add unnecessary elements, Loumpouridis strips the arrangements down and allows subtlety to do its dark magic. Did we already say, “Whoa!”?

There are many bands that sneak up on you when least expected it. That is to say that out of the blue while seeking new music one song surprises you and makes you take notice. It’s not because it’s bombastic nor propulsive. It’s not even anthemic or a tear-jerking ballad. The song, well, just makes you feel real good, and this is the case with MAUGER‘s new single, “Time To Choose”.

The quartet are relatively new to the scene (the project is less than two years old), but they’re quickly making a name for themselves within the Belgian indie scene and it’s easy to understand why. Think of them as Europe’s answer to Menomena, creating melodic indie rock that is surprisingly cathartic and even euphoric. The awesome, The Cure-ish bass line sets the tone and is supported by some terrific, Future Islands-esque synth work. Front man Mauger Mortier’s linear vocals, meanwhile, act like our conscience and guide us through the obstacles that lay out our feet. His message is that of struggle, perseverance, and, most importantly, hope. Cool, cool tune.

Magic Wands fans should delight in the arrival of My Ultra Violet, which is the new project of MW singer and songwriter Dexy Valentine and her collaborators Coleman Moore and Phil Galloni. No, Valentine isn’t breaking away (or breaking up) with Chris, and she’s not abandoning their European tour. She has just found a new outlet to showcase another side of her artistry, and the first single out of the chute is surprisingly dreamier, lusher, and more sweltering than MW’s work.

“Islands” is a sublime slice of summery dream-pop. Valentine’s voice has never sounded fuller or more gorgeous. It’s the voice you want to hear before you rest on your head and then to haunt your dreams. The sparkling synths, radiating guitars, and stuttering rhythms, meanwhile, create a soundscape that feels like one is gliding gracefully through the clouds. Everywhere you look, beauty surrounds you. And even when you close your eyes, you can feel the cool, breathtaking breeze blow through your hair. The song, in other words, is what summer feels like. What freedom should be.

My Ultra Violet are expected to release a few more songs this year. Normally we would say to follow the band on social media for updates, but their presence is understandably minimal at this moment. You can follow Magic Wands, and maybe Dexy will offer news via their accounts.

For us, a press release or EPK is there to inform. They’re not there to be copied and used to describe a song. In this case of Los Angeles-based quartet Smokescreens‘ new single, “Someone New”, the press release provides the perfect description of the song – New Zealand (as in the Dunedin / Flying Nun sound)-meets-Athens, GA arrangement. That in a nutshell perfectly describes this awesome and infectious single.

If you have no idea what this means, imagine jangle pop-rock merged with delicious guitar-pop of the ’80s and just a sliver of shoegaze and post-punk rhythms. It’s basically the perfect combination, where the music stimulates you to dance, jump, and rock out. You also might find yourself unexpectedly flaming away at your air guitar while doing twirls on the dance floor or kicking up your feet Chuck Berry style. In others, “Someone New” is pure fun and entertaining, and it’s the perfect soundtrack to welcome summer.

If you’re waiting for your “OMG” moment to arrive, it’s here in the form of “Savant”, the absolutely spellbinding, new single from Swedish newcomers, ViVii. The project of Emil and Caroline Jonsson and Anders Eckeborn, the trio have delivered a lush, dreamy masterpiece that will haunt you all day.

Caroline’s ethereal vocals, the shallow, Latin-inspired guitar line, and the heart-racing beats are the standout features, as the three create a soundscape that is akin to seeing a prism of line shine at the end of a long, dark tunnel. Emil’s soft vocals, too, are memorable, and he delivers some of the best lyrics, including:

“I get along with the dark,
Me and the ocean,
Whispering songs and playing by the shoreline.”

Actually, we might need to find another way to describe this tune. Maybe a gorgeous piece of poetry in motion.

The song is taken from ViVii’s new EP, Savant, which is out now via Dumont Dumont. 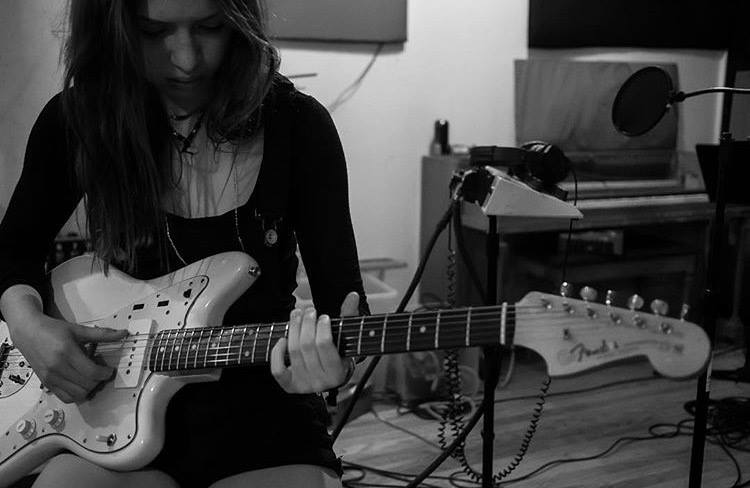 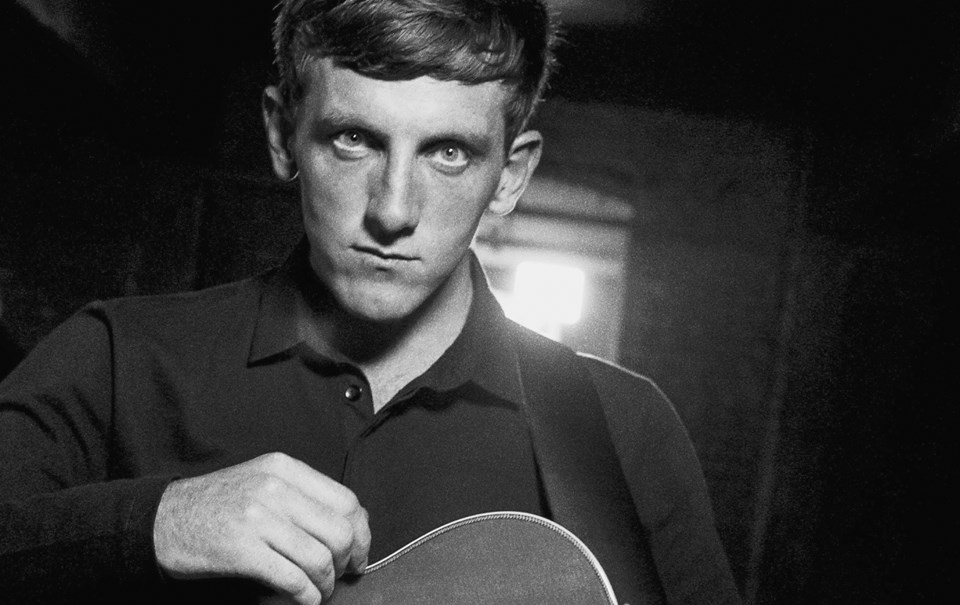