What do a Swede, an Aussie, three Americans, two Brits, and two Dutch groups have in common? No, this isn’t one of those bar jokes. Instead, they make up The Matinee ’18 June 5th edition. Seven of the songs are ear-worms and two are stunning, emotionally crippling tunes. Together they form one great mini-playlist. We kick things off with a young woman who wowed us over a year ago.

Last year, Lisa van Kampen, who was then known as Great Profile, released a pretty cool, rocking debut album called Stress Relief. With her clever lyrics and rambunctious indie-rock style, the LP was one one of 2017’s records not to be overlooked. As the calendar flipped, van Kampen opted to change her alias, and now she goes by Elsa Lester. The pseudonym may have changed, but the music sure has not as revealed on “Pretty Bad, Man”.

Like her previous songs, “Pretty Bad, Man” is a cool and catchy pop-rocker. van Kampen’s familiar lo-fi, reverb-filled guitar grinds in the foreground, leaving you bopping around to the coastal vibes. Her songwriting is clever, recounting the many passing days, a friend-turned-stranger who hasn’t spoken to her in three years, and the numerous occasions she struggled to get out of bed. It’s a fun tune from an artist with a limitless ceiling. More people just need to catch on to Netherlands’ version of Courtney Barnett.

In February, Dutch outfit EUT caught our attention with The Cardigans-like “Bad Sweet Pony“. Well, we can officially say we’re hooked on the band after they have released another banger of a tune. Actually, “Crack the Password” is just friggin’ awesome!

Reminiscent of The Cardigans’ most exhilarating songs and Metric’s breakthrough hit, “Monster Hospital”, the track will be permanently etched in your mind. Everything about the tune is fantastic. From Megan de Klerk’s delirious vocals to the zany, urgent, and highly addictive melody, you’ll be dancing, jumping, and simply losing your mind to this tune. This is a song we want to see live in a sold-out Ziggo Dome, where 17,000 people are going ballistic and suddenly realizing Amsterdam has its next great band. Don’t sleep on the lyrics, however, as de Klerk talks about how privacy is just an idea and no longer a value.

The next The Cardigans? You better believe Megan de Klerk (vocals), Jim Geurts (drums), Tessa Raadman (guitar), Emiel De Nennie (guitar), and Sergio Escoda (bass/keys) are just that. If you’re in Europe, especially the Netherlands, witness these stars at a festival near you.

The single is out now via V2 Records Benelux.

Hana Vu is only 17 years old. You read that correctly. Listening to her booming voice and widescreen alt-rock style on her new single, “Shallow”, though, one would believe she’s in her early- to mid-20s and maybe older. No wonder Willow Smith has collaborated with the LA-based singer-songwriter. While Vu has yet to reach the same levels of popularity as Will and Jada Pinkett’s daughter, it’s only a matter of time before the world recognizes her talent.

“Shallow” is an eye-opening introduction to Vu’s art. The song is like listening to a collaboration between The Jesus and Mary Chain and Celebration front woman Katrina Ford, who has one of the most remarkable voices in all of music. The chiming guitar that pierces the air grabs hold first, but it is the appetizer to the main course. That is, of course, Vu’s fabulously deep and throaty vocals, which utter a message about people’s increasing self-absorption. Again, she’s still a teenager who is not even old enough to vote, yet she’s crafting music that is bold, intelligent, and simply outstanding.

The song is taken from Vu’s forthcoming EP, How Many Times Have You Driven By, which is out June 29th on Luminelle Recordings.

Since the start of the year, Holly Rankin – a.k.a. Jack River – has slowly been revealing new videos for songs from her long-awaited debut album, Sugar Mountain. The LP is a follow-up to her fantastic debut EP, Lost Highway Songs No. 2, which was a dazzling collection of indie rock and folk-rock. For her first full-length, however, she’s going more into the pop, electronic, disco, and folktronica realms. The results have been pretty superb so far (“Ballroom” is worth checking out), and that includes “Limo Ride”.

The song sounds like the most luxurious ride through the Outback. Pop melodies spring through the dazzling folktronica approach, which is highlighted by the twangy banjo. Rankin’s voice, meanwhile, takes on an Angel Olsen-like tone, singing longingly for someone and possibly anyone. The “limo” in the song, though, is not the stretched vehicle, but it portrays something of desire. Something that we cannot have. “Can I run to you like you run to me? Can I fall into you like like you fall into me?”, Rankin lustfully asks. If she’s posing the question to us, our answer would be an emphatic yes.

Sugar Mountain is out June 22nd via I OH YOU. Pre-order it here. Like we predicted long ago, a star is born.

Throughout its nearly five-minute duration, “Paint” is filled with memorable moments. The minimalist dream-folk approach recalls a time when Elliott Smith and Nick Drake blessed us with their presence. Like these legends, this gorgeous tune from singer-songwriter Marti recalls lazy summer days spent around campfires, napping on the porch, or wading at the lake while the parents cook dinner inside the cottage. Times when memories are made. There is, however, one line in the song that perfectly describes the impact of “Paint” and is one of the best lyrics you’ll hear all year:

“August in a day dream I don’t want to wake.”

The song, however, is much more than just about one day, but instead West recalls an entire summer spent with someone and having his heart broken. His lyrics are vividly engrossing like a Gustav Klimt painting.

“I’m painting my bedroom blue,
Trying to get away from you.”

Simply stunning. The song is taken from West’s forthcoming debut album, which is expected some time this summer.

Back in September, Saunas released one of the most infectious indie-pop tunes of the year with “My Body”. The song was reminiscent of another indie-pop group that exploded out of nowhere – MGMT. For their next go around, the Nashville-based trio slow things down a little bit without sacrificing any of the summery and groovy vibes of their debut.

“Paradise” is a slice of wondrous, sun-kissed alt-pop. It’s made for a lazy, summer day, where all we want to do is enjoy the sun and the company of our friends. Like those days, the song simultaneously warms the body while cools one mind. While many bands will be trying to create a summer banger, Saunas have opted to use the sweltering melody to reveal how not everything is like paradise. Instead of telling a tale about a party or chasing after love, they discuss things like hunger, poverty, and “vanity titles”. A band with a social conscience – no wonder our fandom for Saunas is increasing.

Their debut EP is expected some time this year. Someone sign this band!

Three years ago, Swedish alt-rockers Sudakistan burst on the scene, about the same time that  PNKSLM Recordings started to become a powerhouse on the European indie scene. Coincidence? I think not. The partnership continues, as on September 7th Sudakistan’s sophomore album, Swedish Cobra, will be released by the great label. The first single is pretty typical of the band – an unpredictable rocker.

“Two Steps Back” sounds like a chilled, surf-rock tune in the mould of The Growlers. Jangly guitar riffs, shimmering rhythms, and laid-back vocals are akin to the music coming out of the California coastline. And just as we enter a relaxation phase, the band rev up the reverb and intensity, and a gritty, grungy vibe percolates. It doesn’t last too long, as the sun shines through the stormy clouds and we’re left shaking our hips. The fury, of course, returns, and dance moves are replaced with fist pumps and flailing hair. This roller coaster of a ride reflects the topsy-turvy experience many encounter each day, where it seems we’re takng two steps back to get anywhere. Sudakistan, however, are only moving forward and becoming the rock band to follow within Sweden’s great music scene.

Pre-order Swedish Cobra here. It should, at the very least, be one of the year’s most exhilarating records.

Swine Tax have been performing for about 18 months, and they’ve established a loyal following in that short time. I have no idea why we haven’t shared their music, and really we don’t have any excuses. The trio of Vince Lisle (vocals/guitar), Tom Kelly (vocals/bass), and Charlie Radford (drums) create the type of indie rock / indie punk-rock we like – fiery, ferocious, and unrelenting with socially- and politically-charged lyrics. It’s the music that defines the areas of Newcastle, Manchester, Leeds, and Liverpool, and their latest song perfectly represents these regions’ round.

“Tory Water” is the song. The rambunctious rock ‘n roll of JET is merged with the gritty and raw sounds of modern UK punk rock, yielding one frenetic and energizing banger that must be heard at full blast. As Lisle’s guitar opens the track, Kelly and Radford’s rhythms drive the track to its hair-raising, sweat-inducing climax. Lisle’s lyrics, meanwhile, tackle the local music scene, commenting on how “the profit motive” takes precedence over art and how alcohol is used as a form of payment. In other words, this is Swine Tax revealing six middle fingers to the producers and promoters who take advantage of young band’s like themselves. They can all fuck themselves.

Swine Tax’s debut EP is expected July 13th, but in the meantime buy this single on Bandcamp.

Wilder Maker will receive the acclaim they deserve. For nearly five years, Gabriel Birnbaum (lyrics/instrumentation/vocals), Katie Von Schleicher (keys/vocals), Adam Brisbin (guitar/vocals), Nick Jost (bass/vocals), and Sean Mullins (drums/vocals) have captivated the most discerning music fan’s senses, including ours. The band’s ability to effortlessly move from indie rock to folk to Americana to alt-country would make them an ideal addition to Newport Folk Festival and Pickathon. Maybe these great festivals will add the quintet to their lineup next year, especially after they hear their new album, Zion, which is just a five weeks away. They’ve shared one great song from the album, “Closer to God”, and last Friday they unveiled another gem in “Drunk Driver”.

Vulnerable, pensive, and contemplative. These words don’t describe the song, but rather its effects on the listener. Von Schleicher’s voice is brittle yet sincere, as she recounts how one man took the one thing precious to her. From that day on, everything unravels. Her emotive vocals are engrossing, and her words are powerful. It’s a tale that must be heard but done while sitting down with no distractions. The rest of the band, meanwhile, add to the heaviness, as throbbing rhythms and a tickling, shallow guitar riff  softly tremble in the background. It’s a stunning song that will buckle your knees.

Zion is out July 13th via Northern Spy Records, and pre-orders are available on Bandcamp. 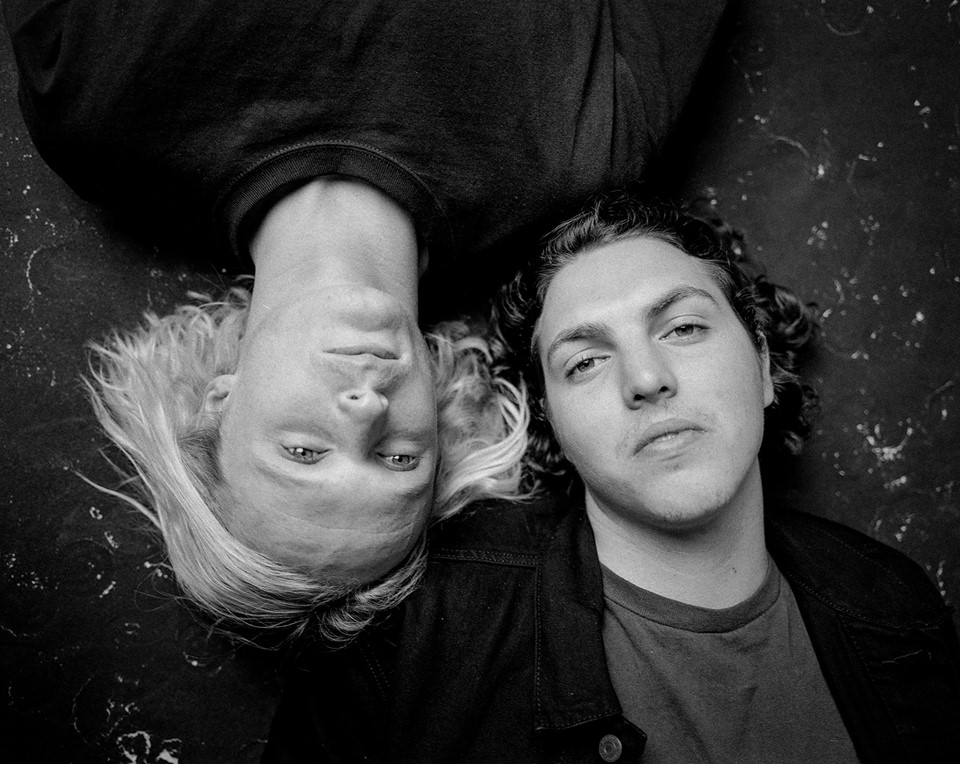 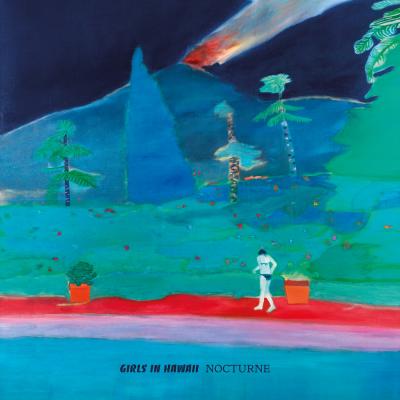