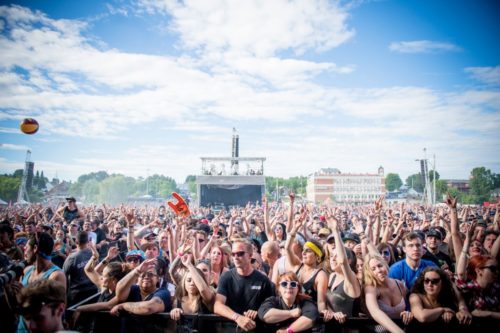 Once again, Montebello, Quebec will be hosting one of Canada’s largest rock festivals. A town with a population barely over a thousand somehow manages to host a crowd that is estimated at around 200,000. Rockfest has a well-earned reputation for bringing in many of the world leading Metal and Punk bands, often scoring artists that aren’t even playing other festivals. In 2017, they hosted Rammstein‘s only Canadian date as well as a re-united Alexisonfire. In 2016, Twisted Sister‘s final Canadian performance was held in the tiny hamlet.

My experience has been that the name of a festival isn’t always indicative of the genre of music featured. In the case of Rockfest, however, it is exactly what you are going to get. If you want Rock, and especially if you like it on the heavier side, than this festival is for you. If you haven’t purchased your tickets yet, there were still some available for purchase HERE.

Here are some of the bands I personally am looking forward to checking out, but peruse the website for the full list.

Supergroup Prophets of Rage is comprised of members from Rage Against The Machine, Public Enemy, and Cypress Hill. They may only have one album so far, but with this much talent they have already established themselves as a top-tier talent and will be headlining Friday night.

Weezer became a mainstream sensation in 1995 with their song “Buddy Holly”, and they have barely been out of our consciousness since. With so many great songs everyone knows, you will certainly find many people singing along, and you know you want to as well.

This comedy-rock due founded by actors Jack Black and Kyle Gass may switch things up a little but are certain to entertain.

This alt-rock great band from the ’90s have never let up. After over twenty years of performing, they have quite an impressive catalogue of songs and do an amazing job fitting in as many of your favourites as possible into their set.

Stone Temple Pilots were one of the preeminent alt-rock / grunge bands to come out of the ’90s and their legacy cannot be disputed. Original vocalist Scott Weiland and the band split up in 2012, and he was later replaced by Linkin Park‘s Chester Bennington. 2015 would turn out to be horrific for the band as both Chester Bennington and Scott Weiland would pass away. The band found a new vocalist in Jeff Gutt and as they say the show must go on and at Rockfest you can hear what the new STP sounds like.

Dropkick Murphy’s are a Celtic Punk band from Boston whose spirited performances always rile up the crowd, and I expect the crowd at Rockfest to be very accommodating.

Flogging Molly is another Celtic Rock/Punk band and Rockfest has them preceding Dropkick Murphys on the Budweiser stage for a fantastic 1-2 punch if you like this style. It’s going to be a blast! Just make sure you get there early on Friday as they take the stage at 3pm.

Steel Panther is a tongue in cheek over the top tribute to everything excessive about Hair and Glam metal and will entertain the crowd until midnight on Saturday.

It’s only been two years since The Used last graced the stage at Rockfest, but you can’t have too much of a good thing. Take note their set is early on Saturday starting at 3pm. 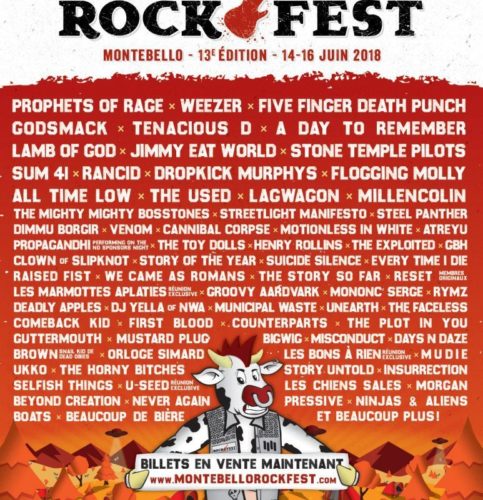