The Matinee ’18 June 14th edition is full of mystery, surprises, and sweet grooves. Sounds like the ideal little summer playlist in our humble opinion.

Alan Wilkis has quickly established a name for himself under the moniker Big Data, as he isn’t just creating electronic music but exploring how technology, humanity, and music interact. His music, as such, are often experiments, which explains why his songs and arrangements don’t sound like the typical electronic or electro-pop music. He’s like the amalgamation of Daft Punk, The 2 Bears, and Caribou, all of whom have pushed the envelope. His innovative work has led to him collaborating with Kimbra, NomBe, Twin Shadow, and Weezer’s Rivers Cuomo. This time around, however, he’s partnered with newcomer L1ZY to deliver another piece of electro-pop brilliance.

“See Through” is like the perfect marriage of ’80s funk and new wave with 2010s house music. It’s familiar yet bold, catchy yet hypnotic. It’s a song that will have patrons in a night club dancing through the early hours of the morning, joy riders spinning it while cruising through streets, and friends blasting it while enjoying a few beverages. In other words, like his reputation, Wilkis’ magnetic new single just brings people together. On top of that, he’s introduced us to a young woman, who remains unidentified, with some serious vocal chops. We’ll have look out for her in the future as well.

Wild Beasts may have hung up the microphones as a group, but there is no shortage of experimental bands coming out of the UK. Possibly the most interesting of the new wave of innovative bands is Catgod, which is the project of siblings Robin Christensen-Marriott and Catherine Marriott. Their latest single, “Keep My Promises”, is, well, quite indescribable.

The song is a mélange of genres – alt-folk, art-pop, indie rock, cinematic indie, chamber pop. You name it and the siblings likely included it. The oft-kilter and theatrical arrangements are stellar, but the weaving of Robin’s baroque-quality vocals and Catherine’s booming mezzo-soprano is what steals the show. Their voices are alluring and mesmerizing, as if they are our subconscious with one telling us to swerve left while the other demands us to go right. But we don’t want to get rid of them. On the contrary, we want them to stay and stay forever. Simply fascinating.

Catgod’s new EP, Heartbeat In My Hand, is out June 22nd. In the meantime, the song is available for purchase on Bandcamp.

It’s been a couple of years since we’ve heard from Gringo Star, who in 2016 released the fun and whimsical The Sides and In Between. Have the Atlanta outlet turned the page, however, with age? With the release of their fifth album, Back To The City, coming August 24th via Nevado Music, the LP’s lead single appears to see Peter Furgiuele, Nicholas Furgiuele, Josh Longino, Mario Colangelo, and Spencer Pope traveling down more, shall we say, mature routes. Well, sort of.

“Easy” is unlike Gringo Star. It’s serene and melodic, graceful and dreamy, and surprisingly stunning. The song is like the most splendid hallucination one could have. The hazy, psychedelic-pop vibe is divine, making you feel like you’re floating high in the skies and taking a smooth ride to the heavens. At the same time, the melody is exhilarating, filling your soul with bliss and warmth. If you’ve ever watched Eternal Sunshine of the Spotless Mind, this is what Joel Barish and Clementine Kruczynski must have felt like in rediscovering their love for one another. Damn, Gringo Star have “grown up”.

RIYL: the French and female version of The Brian Jonestown Massacre, Moon Duo, The Liminańas

Despite a career that spans more than five years and plenty of acclaim from both sides of the Atlantic, Anna Jean’s project, Juniore, is still a bit of a hidden gem. Her following is decent, but the young Parisien who is the French and female equivalent of Anton Newcombe / The Brian Jonestown Massacre should be way more popular. We’re also a bit late to the party, but hey better late than never. And never will we do double takes when seeing her music come across our eyes because songs like “Magnifique” need to be heard – heard by everyone!

Mixing ’60s psychedelia with country western and chic pop, Jean has crafted an absolute gem. It’s groovy, trippy, and addicting. Whereas some psychedelic tunes send you down the rabbit hole, Jean takes us on glorious, horseback ride to an inviting oasis. There, we plunge headfirst into the her spellbinding and refreshing waters, which in this case are her soft, intoxicating vocals. We’ll be spinning this tune endlessly for the next several days if not weeks.

On July 7th, Jean will release a special eight-track compilation called Magnifique, which will be available on 10″ vinyl and CD via Outré Disques and Burger Records. Now this is another way to be introduced to the Parisien artist. Alternatively, check out her entire discography on Bandcamp (link below).

It won’t be long before Odetta Hartman‘s name adorns every bluegrass, Americana, and folk festival across North America and likely abroad. The young NYC native is a talent to behold. A talent that Hollie described as authentic, rich, and unmistakably original. Her previous single, “Misery”, made us believers while her latest tune, “Sweet Teeth”, has us worshiping her talents.

With a hint of mischievousness, Hartman immediately utters, “I’ve got some sweet teeth in my jar”. The words are eye-opening, revealing that Hartman is more than just a singer-songwriter but there is also a theatrical and poetic side. As her banjo spins a web of mystery, she continues down her self-righteous path where no man can tell her what to do. Whether her adventure is one of revenge, redemption, or self-discovery is unknown. Her tough words and the grit that protrudes from her hallow voice, however, indicate she’s on a mission. A mission that no one can get stop her from achieving.

Come August 10th, we’ll get to learn more about where this journey will take her, as that is the day when her new album, Old Rockhounds Never Die, is released. Northern Spy Records and Memphis Industries have the honors of sharing it with the world. Pre-orders are available here.

Almost a year to the day, English indie-rock trio Stalagmites released their single, “Binary”, which Hollie commended the band for “tak(ing) a brooding, Interpol-esque approach.. to tantalizing effect.” After that great first impression, I had to look back to see if they had released anything since June 2017, and they surprisingly had not. We are unaware of the reasons for Stalagmites’ one-year hiatus, but they’re back to further tantalize the world and ourselves. Their new track, “Projectile Dysfunction”, is a most welcome return (or introduction for those who missed “Binary”).

The track echoes of Central England’s indie-rock and post-punk scenes, but Bradley Lynch (vocals/bass), Alex Hardman (guitar), and Nick Toft (drums) take the region’s popular sounds to new places. It’s not the rip-roaring, chaotic fare of early Arctic Monkeys nor the brooding tones of Editors’ earlier works. Rather, the three-piece meld these two heavyweights’ approaches while adding dashes of Eagulls’ spine-chilling post-punk. The result is a song that is richly textured, leading to an effect that is cathartic and mesmerizing. And like their countrymen, Stalagmites have written a stellar story about struggle, redemption, and self-discovery. It’s the type of message we could certainly use more of today.

The single is out on Veta Records. Maybe, just maybe their debut album is around the corner.

Perth, Australia is known as the city that brought us Tame Impala, POND, Stella Donnelly, and now Telete, the project of Mai Barnes and Hayley Ayres. Sure the duo are still making a name for themselves, but they’ve alrady been featured on Triple J. Needlessly to say, they’re a band to watch, especially when they’re releasing songs such as “Like Honey”.

Calling this song stunning is an understatement. With the dreaminess of Beach House, the ethereal ambience of Azure Ray, and the intimacy of Hope Sandoval, “Like Honey” is a breathtaking and emotional journey. The sweeping synths and Barnes’ calm yet stirring vocals elevate the track’s beauty while her lyrics will buckle your knees. It’s a heartbreaking song, but her words share more than a broken heart. She also reveals the emotional and physical baggage that comes with loving someone that no longer loves you. Devastatingly beautiful.

“Like Honey” is taken from Telete’s forthcoming, debut EP, Spectator, which is out next Friday, June 22nd. The single, meanwhile, is available on Bandcamp.

In the fourteen months we’ve been covering Thomas Savage’s project Vilde, one conclusion can be drawn – he’s one of the most inventive artists out in the music world. Unfortunately, the rest of the world has yet to embrace Savage’s creativity, but it’s only a matter of time before everyone catches on. It did take Alt-J and Caribou a few years before they became two of the most celebrated bands of the decade. We predict a similar fate for Melbourne-born, Stockholm-based creative force. Helping his cause and our belief is “Warm Milk”, his latest single that arguably is his best tune to date.

“Warm Milk” is a five-plus minute epic. The sun must be spun repeatedly to truly appreciate the multiple textures, the varied arrangements, and the roller coaster of emotions. It’ll leave you astonished, dazed, bewildered, exhilarating, and in absolute awe. There are moments you feel like you are watching a Christopher Nolan movie, such as Interstellar, but then the wall of synths and grimy electric guitar create a Blade Runner feel. Suddenly, the song transforms into an energizing and warm spectacle, just as Savage tells us that he “will love you all the time”. Brilliant. Absolutely brilliant.

Oh, Savage plays all the instruments. There’s only one other genius who does what he does – Brian Batz, a.k.a. Sleep Party People. Hopefully, Savage will get his due soon, and maybe that occurs July 13th when his new album, Thud, is released.

Probably my favorite “discovery” of the year is Austin indie-rock outfit Why Bonnie, who earlier this year released an outstanding EP, In Water (it’s available on Bandcamp). If you missed that great record, Blair Howerton and pals will be releasing a second EP on June 20th. Nightgown is a little shorter – 4 original songs plus 1 remix. Two weeks ago, they shared its first single, which only further cements our excitement and fandom for the band.

“Stereo” will leave your jaw on the floor. It is simply gorgeous. The lo-fi, bedroom-pop approach is beautifully executed with Howerton’s light vocals fluttering through the dissonant guitar, the hum of an electric organ, and feathery rhythms. As the song builds, it sweeps you off your feet with its dream-like soundscape. However for Howerton, this dream is not so grand. She recalls a time when she and another spent quiet evenings listening to the stereo, but those days are now gone. But instead of wallowing in despair, she opts to cherish the moments they had before they become just fleeting memories. Why Bonnie, though, will forever be etched in our psyche, and hopefully in the mind of all music lovers very soon.

Nightgown will once again be distributed on Sports Day Records. Pre-order it on Bandcamp. 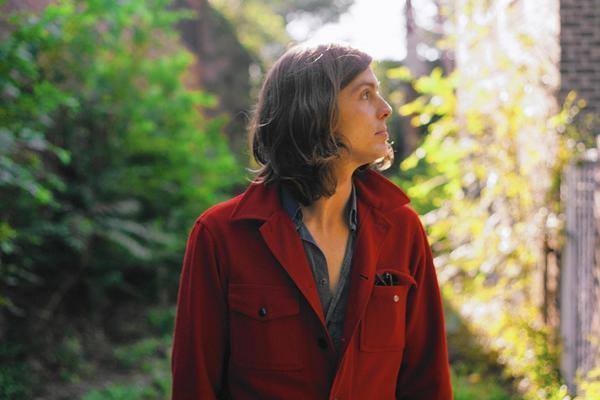