The Matinee ’18 June 29th is full of escapism and summertime vibes. We promise that you’ll lose yourself in one of these songs, whether be taken to the cosmos or aimlessly drifting down a gentle river. So celebrate the end of the week and the arrival of the weekend with these nine sweet tunes.

Are you like us and go nuts when hearing a band that delivers West Coast surf-punk-pop vibes with East Coast charm? If you are, then you’ll get a little excited when hearing Dentist‘s new single, “Corked”. Check that, you’ll be bopping, dancing, and getting a little light-headed when spinning the track.

The jangly guitar lines and front woman Emily Boremann’s saccharine vocals are immensely addictive, and they stick in your head for hours if not days. While the rhythms take a back seat for most of the track, they escalate at the climax, and you might find yourself hammering down on your invisible drum kit or bad ass, make-believe Rickenbacher. Yeah, this tune will make you feel like you’re a rock star for a few minutes, but more importantly it’s the perfect track to celebrate the weekend. It’s the ideal song to spin with your friends while you drive to the beach or head out to the cottage, and together you can sing, “Something’s wrong again because we’re still friends”. In other words, friendships are everlasting, and Dentist, too, will immediately become your new favorite band.

With summer officially here, it’s time to tear away the work clothes and put on more comfortable attire. Let your hair down, grab your favorite shades, and don’t forget to bring some water and sunscreen, and then run out of your place and enjoy the sunshine. Oh yeah, don’t forget to bring your favorite playlist and make sure “Busy Bleeding“ is on it, the latest single from Aussie garage-surf-rock duo The Gooch Palms featuring Totty‘s Kelly Jansch.

This tune personifies both groups. The catchy, supercharged riffs and head-noodling rhythms are all Leroy Macqueen and Kat Friend – a.k.a. The Gooch Palms – who are one of Australia’s most entertaining and raucous live bands around. This song was meant to be played live, where the patrons can dance, mosh, and bang their heads all at once. Meanwhile, Jansch adds her own personal touches, delivering an energized vocal performance with her trademark honest lyrics. She describes how so many people feel today – broken, unmotivated, and looking for a way out. But instead of letting her situation take control, she’s taking matters into her own hands.

“But what am I to do?
Lay around and feel sorry?
I’ve got things to do.
Time isn’t going to wait for me.”

So rip off the ties and the black work dresses, take off the high heels and dress shoes, and live your life! Live it to the fullest like these fine artists are telling us to.

Count to thirty and that’s about how long it will take for you to fall head over heels for Nat Vazer, the latest Australian singer-songwriter. We would have said ten, but her incredible voice doesn’t arrive on the scene of her new single, “You’re Winning Me Over”, until about the twenty-second mark. When it arrives, be prepared to bowled over and completely amazed.

The multi-talented artist strums a fantastic jangly guitar line that is part Real Estate and another part Waxahatchee. The riff is summery, warm, and infectious. Her songwriting, meanwhile, possesses the intimacy of indie stars Mitski and Lucy Dacus. If you prefer artists closer to Melbourne, than think Julia Jacklin, Stella Donnelly, or Georgia “Maq” McDonald of Camp Cope. Like these artists, there is much more to her words. This isn’t simply a song about the thawing ice between two people, but it’s also about a young woman growing and asserting who she is. About a young woman who knows what she wants and is prepared to get it. We’re confident this gifted artist will indeed achieve everything she wants and quickly at that.

Also check out her previous single, “Keep Away From Parks”, which was written in response to a police officer warning Vazer to not walk alone at night and to be accompanied by a man at all times. The song is timely given recent events in Melbourne.

Both songs will be on Vazer’s debut EP, We Used To Have Real Conversations, which is expected September 14th.

Fans of the genre-that-just-won’t-die should take notice of the next great shoegaze band. They are James Rolling, Danny Davidson, Richard Bithrey, and Ashley Platts, who are otherwise known as PUREST. They’ve been applauded by CLASH and DORK for taking noise-rock to cosmic heights, and their latest single displays their intergalactic genius.

“Forever” is a dazzler. It feels like we’re on the Starship Enterprise and cruising through space with nowhere to go. Instead, our destination is sheer ecstasy, to watch the planets, comets, and distant stars flash by. Everything we see is mind-blowing and stunning, much like this song. Everything seems simple and absolutely perfect. But this is all just a dream and something we desire – to escape and get as far away from here, as Rolling sings. While we all can’t actually go to another solar system, we can at least dream of such wonders, especially with a track as pure and exhilarating as this.

The single is out now on 25th Hour Convenience Store.

If you’re near a river, stream, lake, or ocean and have access to an inner tube or another flotation device, grab it and drift away with the current. Alternatively, if you’ve experienced such pleasure, recall that moment. This is the feeling that Purple Heart Parade‘s latest number, “Mission Hills”, creates.

Calling their music “ethereal bliss”, we have no better words to describe this song. It possesses the fleeting moments one expects to hear in a Spiritualized tune and the rapturing elation that shoegaze legends like the Cocteau Twins, Slowdive, and Lush created nearly three decades ago. Call it gorgeous, breathtaking, dazzling – whatever superlative you choose would still understate its brilliance. We would say more, but sometimes just listening to the song is all one needs to do to experience its beauty.

Our fandom of Spencer Peterson and Thomas Carroll’s project Sego dates back to 2015. They have mesmerized us with dance-inducing indietronica and made our heads explode with anthemic indie rock. To try to describe these chameleons is a task in itself, so it’s just best to appreciate each individual song, treating them as one unique experience. With this in mind, listening to “Be Alone” introduces another side to their extraordinary talents. That is a sun-kissed, dreamwave tune that will leave you breathless.

From the opening bass line to the soft allure of the production, the song immediately lures you in and takes you to a far-away place. Maybe it’s a secluded island or into the deep forests of northern California. Regardless of where, it’s a place of splendor, where you fine peace, serenity, and paradise  As the song slowly intensifies, you might grow the urge to run or swim and let all the energy inside you be released.

The song, however, is so much more than a piece of brilliant escapism. It is an intelligent and even realistically frightful depiction of the loneliness that awaits us. As Peterson says:

“But you never know how to be alone.
And now you’re empty, undone,
Staring at a world that doesn’t blink”.

Then what do you do where there is no one around to share with you these moments of bliss? It’s a question we may never find the answers to until we encounter that day. In the meantime, we shall all celebrate the days we have with those we love.

The warmer weather often has us reminiscing about the past. While the calendar says 2018, people still spend summers the same way they did in 1968, 1978, and every year before, after, and in-between – lazing away at the beach or the cottage, hanging with friends and families, taking long trips, and basking under the radiance of sublime music. Occasionally, a song will arrive that bridges eras and, thus, brings generations together. One such tune is “Corduroy” from Send Medicine.

This latest single from the LA-based collective is like The Byrds reinterpreted for contemporary audiences. Like the legendary outfit, Send Medicine have crafted a sublime piece of psychedelic pop. It is as warm as the fire that sizzles under the nighttime sky, radiant like the high-noon sun that shines overhead, yet refreshing like the cool breeze blowing through your hair as hurtle down the coastline in the convertible. Even the storyline is classic, as the band spin a tale about a mysterious woman whose trademark is wearing corduroy. Meanwhile, Send Medicine have established their own brand – that as the great unifer who use their smooth, summery tones to bring people together. Well, for one song they’ve done this.

Come July 27th when their new album, Mermaids on the Verandah, is released on Honey House Records, we’ll get a better idea about the band’s influence.

“Mother” is the debut track for Leeds six-piece Talkboy. The melodies in their first offering are infectious and the layers of vocal harmonies work very well within the overall hazy composition.

Even though the song is speaking to the idea of letting down Mother because “I was always perfect in her eyes, and all I ever did was tell her lies”.  The song continues to describer further examples for letting your mother down along with the last lyric stating “My mother came to me last night she saw  I was a normal person”.  Hopefully this means that mother realized no one is perfect, perfection is a lie and that extending grace to others and yourself for certain mistakes will be a new practice for both in the relationship.

Overall the first offering from Talkboy is a welcomed one. Their debut is the perfect track to spin for an upcoming laid back weekend. The vocals by Katie Heap are quite majestic and the euphoric soundscapes surrounding her are the perfect compliment. The result is a combination of attitude heard from Alvvays married with the relaxing harmonies you’d hear from Fleet Foxes.

Rich and I (Ben) like to tell the story about when we were first introduced to indie trio Wet for the very first time. It was September 2013, and we headed to Glasslands in Brooklyn (the venue sadly was demolished as part of the re-gentrification of Williamsburg) to watch TORRES. We had no idea who were the openers that night, but we went early anyway. While they were in their early days as a band, they left a lasting impression on us, and we’ve been fans since.

Kelly Zutrau, Joe Valle, and Marty Sulkow have come a long way since, as they’re with a major label and built a solid following. More importantly, they’ve expanded on their artistry, moving into new genres from their earlier chillwave/ambient synth-pop approach. Their latest single, “You’re Not Wrong”, is another demonstration of their expanding sound.

Forget modern indietronica, the band turn back the clocks and seek inspiration in the jittery pop of the ’50s and ’60s. The bass light and tickles of the ivory keys create the retro vibe, but unlike some of their contemporaries they keep things low key and intimate. Zutrau, meanwhile, delivers a sultry and sweet vocal performance. Her lyrics, too, are bittersweet, as she describes the separation and coming together of two people. The track is not simply a love story, but one that shows how the bond between two people is unbreakable even when they “sail away to a setting sun”. 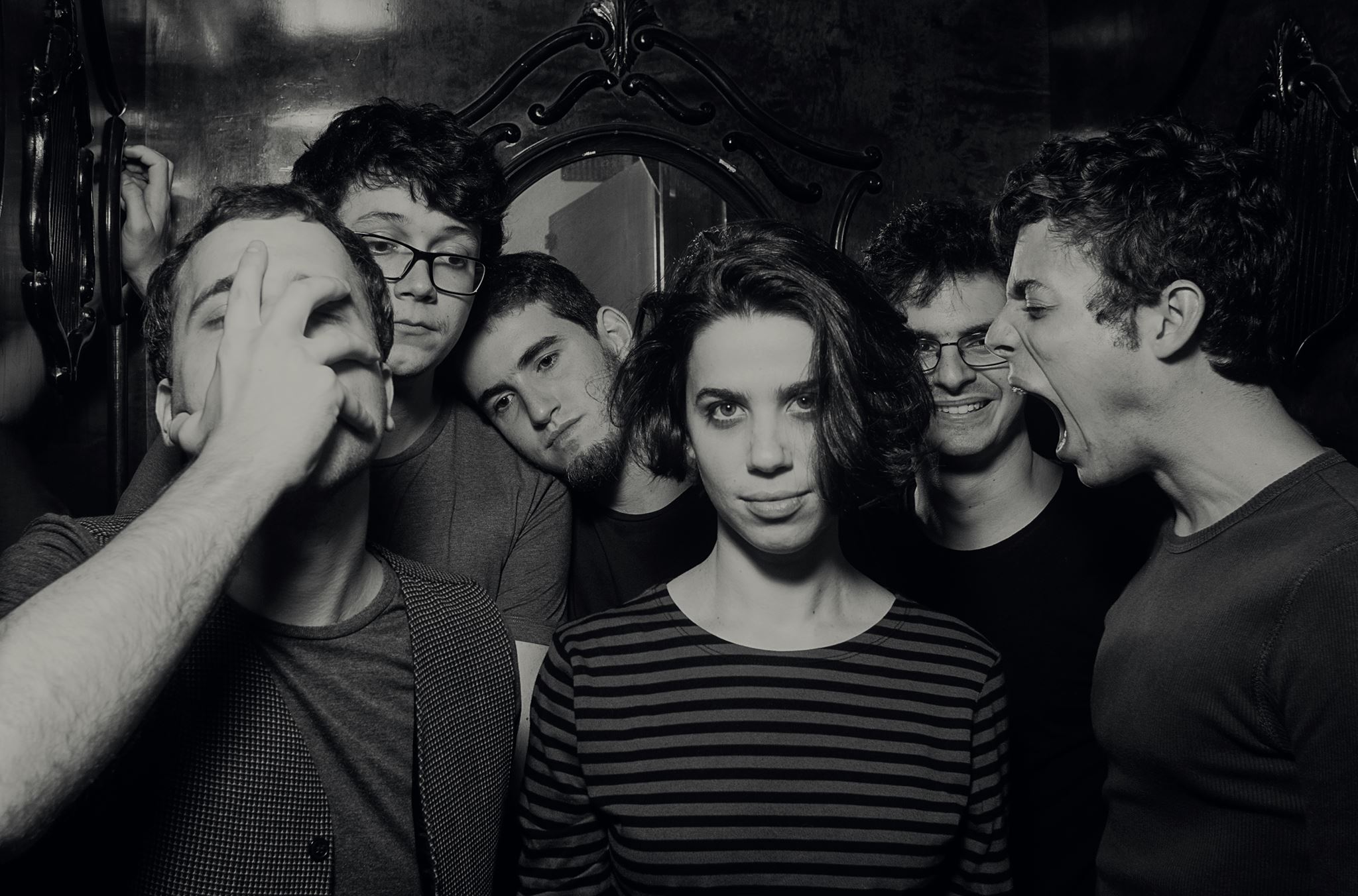