The Matinee ’18 July 30th includes 6 new tracks to get your Monday moving just right. We have a mix of indie rock, singer-songwriter and synth pop. We hope you find your new favorite song or band. Artists today are representing the Australia, the US and The UK today.

Beck Pete has just released the track “Gently Break It”. This might be one name you need to keep track of. With her newest single she is uniquely combining pop elements with rock n’ roll and an undeniable soul element. Her vocals are intoxicating and she has the listener’s attention from first all the way to the last lyric sung.

“Gently Break It” is the follow up single to her debut, “Lonely” which is a hauntingly beautiful ballad about experiencing love but believing that it just won’t last.

“Gently Break It” thematically sheds light on a situation that is all too common romantically, where a person convinces themselves that they are undeserving of love and therefore romanticizes the idea of playing a victim in an unhealthy relationship. Pete reveals, “I have been that girl, and can’t say that I won’t be again. I’m just hoping that this song serves a reminder of that tendency, and spreads awareness to everyone who hears it that, one, they are not alone in this cycle and two, they can break it by believing they are worthy of something positive and healthy”.

Beck Pete has the talent to make waves in the female fronted indie realm. She has the  perfect combination of unforgettable vocals married with transparent lyrics that many of her fans can relate to.

CHANGELINGS is the solo project of 25 year old Jay Penaflor. With his single “Moondance Venus” we hear some extremely melodic psych influenced dream pop. The single has quite a cosmic feel along with hazy elements, reverb laden guitars and well  as lush synth. It’s a great track to chill out to on the weekend and could be the perfect road trip song as well.

The newest offering from CHANGELINGS reminds of the expert songwriting heard from Mac DeMarco, and even a bit of the melodic elements from Day Wave or even Surf Rock Is Dead. Lyrically we hear the matter of fact singing style from Penaflor that speaks to a relationship that trying to move forward after some type of fracture in the relationship with lyrics that include “How can I tempt your heart just so you can be with me?” as well as “I know I’ve lost  my head, can you screw it back on for me?”

“Moondance Venus” is off of Penaflor’s new album, From My Raygun With Love, is out now via The A&R Department. Get it on Bandcamp.

“I Don’t Need You Anymore” is the newest track from The Dig. It’s a super melodic rocker that speaks to the realization of healing and completely moving on after an emotional break up. It’s that song to play to remind yourself that it’s OK to separate from someone that is not healthy for you  with the lyric “I don’t need the pain that you offer me when you tie me up to the memory of your life”.

“I Don’t Need You Anymore” is a liberating track that is also super melodic and catchy. We hear dreamy pop elements as well as sweeping melodies that speak to moving on and finding a new way of life independently.

“I Don’t Need You Anymore” is part of The Dig’s continually expanding Spotify playlist called “El Dig: A Year of Music.” It will include all 12 tracks from their two upcoming EPs, Moonlight Baby and Afternoon with Caroline, which will be released October 19 via Roll Call Records.

We are sharing JP Cooper’s newest version of “All This Love” featuring Mali-Koa. It’s a wonderful ballad that describes the aftermath of a break up and speaks to all the personal items still lying around the house. Mali-Koa’s vocals are a nice touch that speaks from the female point of view. JP Cooper once again demonstrates his powerful vocal range on this track as well as his talent for writing heartfelt lyrics regarding relationships and love.

About “All This Love,” Cooper commented, “When thinking about this track, I was massively inspired by Tim Burton and the new animated movie Coco. When we recorded it, we used quite a lot of ghoulish sounds, the BV’s, and little sound effects especially. Even the staccato piano on the last chorus sounds like it’s being played by a skeleton—almost like you can hear the bones. For some reason, I see this particular skeleton being a puppet on strings… animated still but a puppet. The chorus is him waltzing with the memory of the girl down the corridors of the house and in and out of rooms staring into each other’s eyes.”

You can view the Tim Burton inspired video here. “All This Love” was originally recorded on his Raised Under Grey Skies album which is available now. The newest version with Mali-Koa is out now and available everywhere.

“Smooth Sailing” is the newest track from NYC based Julietta. We hear a dreamy tropical vibe as the song progresses, and it could easily be listened to on the beach or near any body of water. It’s a super melodic track that showcases Julietta’s saccharine vocals.

Lyrically the song speaks about real struggles experienced yet also with a hopeful message of individual independence and finding your way as the lyrics exclaim “Everybody’s gotta grow someday”.

Julietta shares a bit about her upcoming album: “Smooth Sailing” reminds me where I’ve been and where I am going,” Julietta says of the songs. “No matter what all the hardships and struggles may be now or have been then, there is always going to be light at the end of the tunnel. Everything will be okay 🙂 I have felt deep pain, struggled with addictions, and every day learning how to love myself, but at the end I always make it out to some sort of happy place. It’s never too late, and it’s never over!”

Julietta’s new album, Smooth Sailing, will be out on August 8th via +1 Records.

LOLADRE is singer, actress (she was formerly on Glee), and Broadway star Laura Dreyfuss. “Be Great” is her debut track and it also features vocals by Pope as well. It’s a super melodic track that is another perfect summer single to add to your warm weather playlist before the fall season approaches.

“Be Great” definitely includes a warm summer vibe and the combination of strong vocals and dance ready synth could easily catapult Ms. Drefuss into the synth pop spotlight.

The track speaks to those haters that don’t want others to be successful and the lyrics stress that what others may say is definitely not the truth. It’s a great anthem for those struggling with negative people in their life.  It’s also a great reminder and motivation to prove others wrong.

With LOLADRE’s  first offering, it will be interesting to hear what other  songs she will end up releasing. So far we  have  a nicely hypnotic hybrid track that has just the right amount of synthpop and electronic elements to reach a wide fanbase. 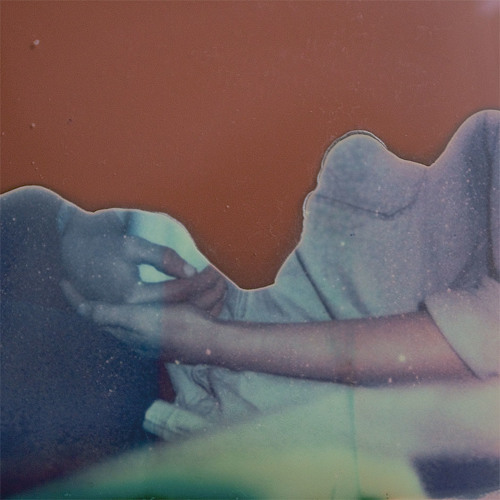