The Matinee ’18 July 31st is filled with marvelous tunes and stories. The songs are listed in reverse alphabetical order, except we begin with the long-awaited return of one of music’s geniuses.

“New Birth in New England” is a jubilant affair that could be the song playing when two old friends meet for the first time in years. It’s a light and easy-going little country-roots-rock tune that will leave smiles on people’s faces and heads swaying from side-to-side. As great as the instrumentation (especially the slide guitar) and the breathtaking bridge are, the most welcoming notes come from Houck’s voice. When he asks, “Do I know you?”, it seems he’s reintroducing him to us. However, it is all unnecessary because we know that familiar ramble. Yes, it’s been five years, but fans won’t forget what he sounds like. At the same time, hearing him sing for the first time in years is like a gift sent from high above, and this song is the perfect way to say hello.

Earlier this year, indie-folk artist Violetta Zironi released her debut EP, Half Moon Lane, which echoed a young June Carter. If you missed that stellar record, the Italy-born singer-songwriter returns with another number that is reminiscent of the music of a bygone era.

“One More Goodbye” would have been perfect at Woodstock in ’69. Featuring just Zironi playing acoustic guitar, her gorgeous vocals, and an accompaniment, the young woman delivers a gorgeous, stripped-back and intimate folk ballad. Her voice shines about the simple arrangements, and her words are insightful and moving. She tells the story of two people who share different views of the world, which eventually leads to their separation. Whether they are lovers or possibly a father and daughter, it is unclear but one thing is certain – Zironi is one of folk music’s future stars, if she isn’t one already. Hopefully Newport Folk Festival and Pickathon invite her next year.

The song is out now via Berlin boutique label Pon’t Danic Music.

THRILL YOU KILL YOU – “Riding On Your Misery” (Los Angeles, USA)

We don’t know a great deal about THRILL YOU KILL YOU, the project of LA-based Fei-Fei. What we do know is that the young woman is an ’80s and ’90s child caught in 2018. Specifically, she captures and reinvigorates the new-wave and synth-pop of those eras in her bodacious sound, as featured on “Riding On Your Misery”.

The energy, urgency, and infectiousness of this tune are off the charts. The post-punk-ish bass line drives the single while the weaving synths and pounding percussion escalate its intensity. Fei-Fei’s vocals, meanwhile, are spellbinding, hovering above the mêlée and revealing the emotions of a person who has been betrayed and used. But instead of being the victim, she is fighting back and taking control. “Riding On Your Misery”, as such, is the anthem for all those who found the strength to persevere and overcome. 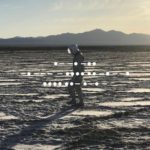 With each passing day, excitement builds for J. Spaceman’s  – a.k.a. Spiritualized – new album. The man is one of music’s finest artists and songwriters. He’s also a perfectionist, who will only release new material until he’s completely satisfied with the end product. This explains why six years has passed since his last LP, Sweet Heart Sweet Light. And really this is all that needs to be said about “Here It Comes (The Road) Let’s Go”, which is cosmic country perfection.

Well, we’ll offer a bit more. The song was first teased five years ago when Mr. Spaceman played the tune at a few show, but it was never formally released. It started off as more sombre country-folk number, but it has been transformed into an uplifting, trippy number full of horns and a boisterous choir. Consequently, the song has major sing-a-long potential, and it should be a hit with fan and festival goers. Oh, it’s also the perfect tune for your summer road-trip playlist, as Mr. Spaceman encourages us to go “as far as we can go”. We’ll definitely take his advice, at least until September 7th when we’ll be waiting anxiously for And Nothing Hurt to arrive via Bella Union and Fat Possum.

It would have been easy for Mothers to stick with their mesmerizing indie folk-rock approach of their fantastic debut album, When You Walk A Long Distance You Are Tired. This, however, would have been too easy. They’ve instead opted to go in a different direction, which is the indication that first “Blame Kit” and now “Pink” present.

Jangly guitars and finger-plucked banjo chords are replaced by angular guitars. Southern intimacy is set aside for a nervous, ’70s post-punk-meets-krautrock energy that is shot out of the chasms of Manchester and Berlin. Instead of slowly making us come to our knees, they take a sledgehammer and hack away at them with a darker and more hypnotic approach. As the atmosphere turns bleak and foreboding, front woman Kristine Leschper’s voice sounds clear yet distant. She shares with us several memories from her childhood, including small moments like:

“I am watching your mouth
In her rear view mirror
Pensive like a child”.

The entire track feels a bit like The Twilight Zone, slowly building up the drama before reaching its surprising finish. To really feel the eerie brilliance of the song, check out the video. It will send shivers down your back, as you feel like a voyeur watching Leschper alone in dimly-lit room.

Mothers includes original members Kristine Leschper and Matthew Anderegg plus Chris Goggans and Garrett Burke. Their new album, Render Another Ugly Method, is out September 7th via Anti Records. Pre-order it on Bandcamp.

It’s worth repeating that brooding indie-rocker Emma Ruth Rundle‘s last album, Marked for Death, was one of our 50 Favorite Albums of 2016 and sat in the #1 spot on yours truly’s list. Only a few artists can leave listeners unhinged yet completely captivated and hooked, yet Rundle is no ordinary singer-songwriter. She deserves to be mentioned alongside PJ Harvey and Fiona Apple, and “Darkhorse” is the latest evidence of her brilliance.

Grab the stiffest drink you can, settle in, and allow the LA-based artist steal away your attention for the next four minutes. Allow the throbbing and deep bass line and thunderous rolls of the drums to shake your bones. Allow the steely guitars to rattle your soul. Then open your ears and allow Rundle to enter your mind with her stirring voice and her impeccable storytelling. This time she casts us into the far reaches of the Mojave Desert and has us following a lone wanderer seeking redemption. Seeking a way to find her legs again and live her “new beginnings”. The imagery and poetic prose are fabulous, proving that Rundle is in rarefied air.

Her new album, On Dark Horses, is out September 14th via Sargent House, and it’s available for pre-order on Bandcamp. Rundle will tour across North America in September and beyond. Dates and information are available here.

Christmas must have arrived early because Jackson Phillips, the man behind Day Wave, provided the ultimate gift. On Friday, he unveiled “Still Let You Down”, which is a slice of psychedelic surf-pop perfection made for these hot summery days. The song echoes Phillips’ early days – a tune that is simultaneously exhilarating and uplifting yet breathtaking and dazzling.

Every element is superbly executed. The stuttering rhythms get you dancing or at the very least toe-tapping while the synths and guitars leave you on Cloud 9. Phillips’ voice reaches multiple octaves. They are at first urgent and energizing before fading into a trippy haze. As uplifting as the music is, his message of companionship, trust, and forgiveness is even more encouraging. Towards the end, he apologetically says, “And I won’t let you down”, but he doesn’t need to apologize to us. If anything, we should be expressing our gratitude for him delivering another memorable song.

Not long ago, Angie McMahon was part of a nine-piece soul band before launching her solo career. In a very short time – roughly a year that features three songs to her credit – she has emerged as one of Australia’s most popular and exciting singer-songwriters. The Melbourne-based artist will remind some of Aussie greats The Preatures and others will think of Fleetwood Mac. Younger fans will immediately think of Angel Olsen and Lucy Dacus or, if you’re knowledgeable about the Down Under scene, Camp Cope, Alex Lahey, and Meg Mac. All this name dropping demonstrates the vast potential of the twenty-something, who raises eyebrows on her latest album.

“Keeping Time” is an instant classic. It is reminiscent of the great folk-rock of the ’70s with its smooth rhythm guitar and stuttering rhythms. The reasons the song stands out, however, are McMahon’s booming vocals and stellar songwriting. There’s no beating around the bush for this straight-shooting songwriter even when she’s reflecting introspectively about growing up and combating her fears and the expectations of others. Several lines stand out, so make sure to repeatedly hit play to fully grasp her message and every word. Afterwards, you’ll start to believe this song is about you, which is a special talent for any artist.

McMahon’s debut album is on the horizon, which probably means some time in 2019. Needless to say, she’s one of our favorite hidden gems of this year and an artist to watch next year.

We end the mini-playlist with another band that hopefully will grace the stages of Newport Folk Festival and Pickathon in the future. That band is Ace of Wands, which includes Lee Rose, Anna Mernieks, and Jody Brumell. For those who love bleak but beautifully mystical indie folk-rock, then pin your ears back and spin “10,000 Feet”.

This song, this band is the future of Canadiana. Violin, guitar, synths, percussion, and bass swirl around Lee’s lush and alluring voice. As the music builds with a head-nodding intensity, Lee’s vocals similarly rise. Her character, though, is a being that exists somewhere between reality and the spiritual world. She sees the decaying Earth and all those who walk upon her, including the ones she loved. Both Mother Earth and her inhabitants are “holding on, holding on” for another day. Simply a magnificent tale and song.

Their new EP, 10,000 Feet, is out August 17th. Check out the video for the song because the band carried 100 pounds of equipment over a frozen lake to record it. 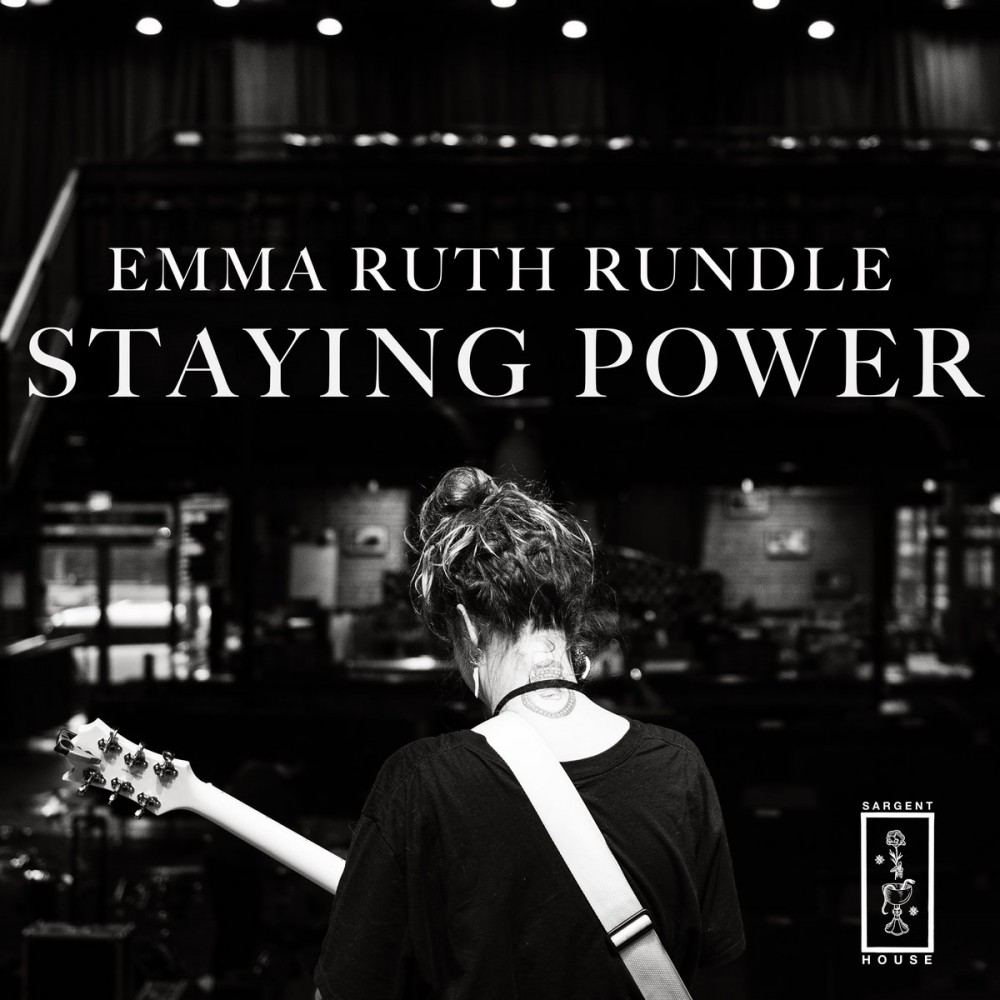 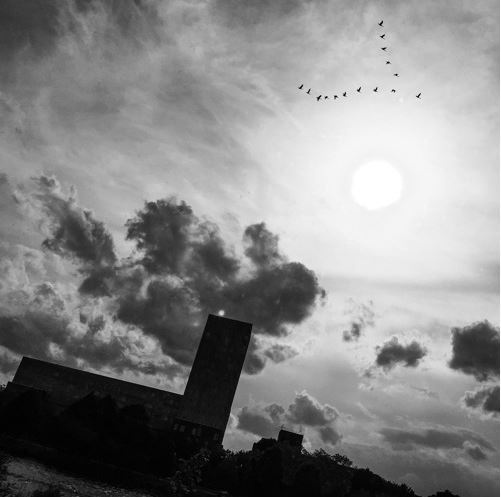