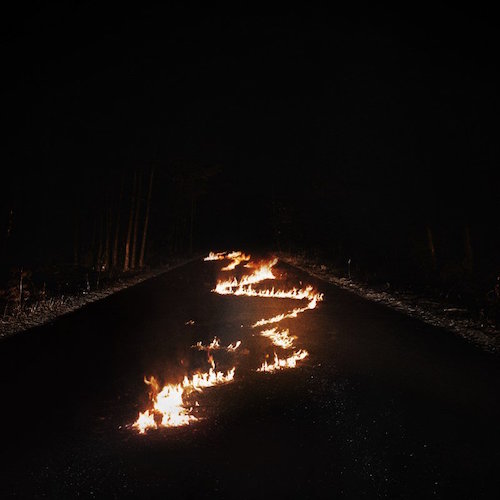 Today marks a new month, so it’s time to celebrate on the Melodic Tonic ’18 August 1st edition. These six songs from all North American artists take you on an emotional journey: it starts with a mellow dream-folk warmup and segues into an electronic dance-off at the end. So let these tunes help you shake off the mid-week blahs. Let’s ease into the sizzle with something mellow first. 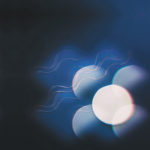 If you need a guaranteed cure for stress, then look no further than the latest single from Mutual Benefit. “Shedding Skin” soothes your mind with its honeyed harmonies and calming strings. The mellow folk melodies from singer/songwriter Jordan Lee warrant justified comparisons to Midlake and Fleet Foxes – two bands who practically define the “pastoral modern folk” genre. Throughout the song’s nearly five minute span, you may find yourself sighing in blissful appreciation. This song definitely belongs in your “peaceful sunset” or “indie chill” playlists.

“Shedding Skin” brings nature’s charms to you, both in lyrics and sound textures. The mention of cicadas, toadstools, and dogwood trees (and the faint chirping of birds towards the end) transport you to a lush, verdant meadow where peace abounds. For this reason alone, Mutual Benefit’s forthcoming Thunder Follows The Light LP is already on my short list of Top Albums of 2018. 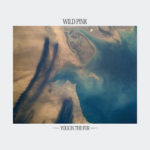 Another album that’s sure to be on several Best Of 2018 lists is Yolk in the Fur from indie dream outfit Wild Pink. We relished the vivid calm of “Jewels Drossed in the Runoff” back in June; now we’re equally capitvated by “Love Is Better.”

There is something special about this group’s sound. The warmth of frontman John Ross’s delivery calls to mind indie troubadours Josh Rouse and Josh Ritter, while the instrumentation from TC Brownell and Dan Keegan has the textural charm of Lord Huron. As you listen, you may feel the urge to yell “Why aren’t these guys better known?!” while your heart swells. Then you remind yourself that every festival’s headlining artists began with one really great song. “Love Is Better” is the song to launch this talented band into the next level of their career. It offers everything you want in a love song and the love of your life: it puts a smile on your face and joyful melody in your heart. The lyrics sum it up perfectly: “Love is better than anything else.”

The band’s forthcoming Yolk in the Fur album arrives July 20 via Tiny Engines with pre-orders from the label and Bandcamp. 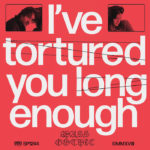 Anyone can say “I love you” in a song – the very sentiment is why music exists. The trick to crafting a substantive love song is to focus more on the journey than the destination. In the case of Mass Gothic, the married duo of Noel Heroux and Jessica Zambri, their trick is to mine their 18-year relationship for inspiration. The richness of their history gives them plenty of memories to draw upon, so it’s no wonder their “How I Love You”single is dream-rock perfection. Their lush melodies draw you in and keep you spellbound.

Unlike the bolder, Phantogram-esque tones of “Dark Window” that we shared in May, “How I Love You” reveals the pair’s gentler side. But no matter which style Heroux and Zambri use to convey their message, listeners will remain enchanted by their lush vocals. Their vocal chemistry and their amazing gift for creating unforgettable songs are just two reasons why we’re so looking forward to their new album, I’ve Tortured You Long Enough.

This follow-up to their 2016 self-titled debut arrives August 31 from Sub Pop. You can pre-order it from the label or Bandcamp. 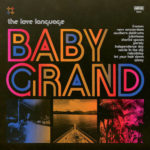 A silky cool falsetto. A catchy title. Irresistible retro grooves. What do those three things have in common? If you answered “Juiceboxx” from North Carolina band The Love Language, then you’re right. (Sorry; no prize here other than bragging rights for knowing one of the summer’s hottest tunes.)

That smooth voice belongs to frontman Stuart McLamb, and the music that echoes early ‘80s-era Joe Jackson-meets-Tame Impala comes from his talented bandmates. Sure, this sun-kissed tune pairs better with fruity cocktails sipped poolside than an actual juice box, but listeners of all ages will find their thirsts for feel-good music quenched by these beats. Add this gem to your summer playlists; you won’t regret it.

Baby Grand is out this Friday from Merge Records. You can also get it from Bandcamp. 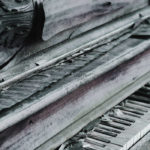 Anyone who writes about Seattle-based Eggshells will likely use terms like dazzling or shimmering to describe them. This is not for lack of imagination; their music simply has an energizing vibrance that tends to leave listeners speechless. While their sound falls under the electronic genre heading, that label serves as more of a launching pad from where the sonic journey begins.

From the opening synth pulses to the dream-inducing vocals, “Bone Marrow” is a rewarding exploration of electronic soundscapes. This is no surprise since Eggshells is the project of Peter Verdoes, brother of Iska Dhaaf’s Benjamin Verdoes, who also contributes to this project. The band’s sound is enhanced by the support of Sarah Han whose dynamic vocals add subtle power and an ethereal grace.

Any music fan worth their salt knows Seattle is an indie music hotspot. The problem is too many talented artists are overlooked despite showing great potential. Eggshells have been around a few years with a rotating roster of musicians. Hopefully this year will bring them the recognition they deserve for their rich, textured sound.

Their album Promises is out now via Mammal Trouble on Bandcamp.

Bob Moses – “Back Down” (Vancouver, Canada) 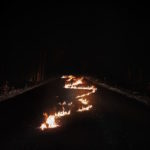 Be warned before you push play on the latest from Bob Moses: it will be the only song you want to hear for the foreseeable future. The duo of Canadian musicians Tom Howie and Jimmy Vallance has once again delivered an instant classic called “Back Down.”

Since forming six years ago in Brooklyn, Howie and Vallance continue to display their Midas Touch for creating pulsing anthems. “Back Down” is a triumphant rush of driving synths and soaring vocals (fairly common elements in electronic music) that are paired with inspiring lyrics. That’s a combination you don’t encounter often in clubs. Listeners can interpret whether the lines “Your reality is our insanity / Our humanity is tearing at the seams” are politically or emotionally inspired; the background story can’t possibly be as tantalizing as this groove. So heed the warning: make sure you allot plenty of time to keep this one on repeat. If there is no dance floor nearby, crank this one as you head out onto the open road. Anthems like this demand full volume. As the album art suggests, this tune is fire. 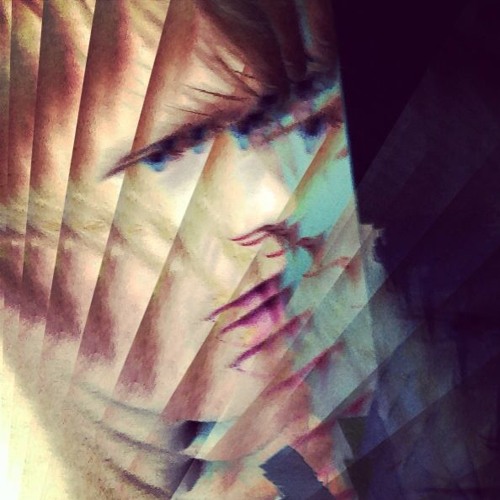