If the sunshine doesn’t suggest summer in Canada, then the August long weekend with its famed 3-day Osheaga Arts & Music Festival surely will. This August 3rd to 5th brings the 13th Chapter of this event, causing music fans to descend on Parc-Jean Drapeau on Île Ste-Hélène. Having garnered over 135,000 attendees in previous years, it’s a music and arts showcase that attracts attendees from North America and abroad. This is the second year the festival is taking place at its temporary digs (so there’s a 10 min walk from Parc Jean-Drapeau metro to the festival site), and includes six stages (River, Mountain, Green, Valley, Trees and Island) hosting a multitude of international acts. Doors open at noon and music goes well into the evening, usually finishing by 11pm. If you’re up for more, throughout the city there are Osheaga Presents events including both pre- and after-parties to extend the excitement.

Headliners for this year include Travis Scott, Florence + The Machine, and Arctic Monkeys, and the tiers are stacked. Each day, you’ll find below a trio of other artists to consider. It’s our gentle push, aimed at convincing you to roll out of bed early and take in all the music and sunshine drenched ambiance Osheaga offers.

If you haven’t got your passes yet, then you need to head here. Check out the full schedule over here as well. Below, we offer three artists/bands that are not to be missed.

We’ve had the good fortune to attend a Ron Gallo show and sit in on an interview. When he speaks, he’s got that intelligence and wit to make you really listen. When he performs, he and his tour mates really set the stage afire. This Philadelphia native and now Nashville resident recently released his third album Really Nice Guys. Our Revue editor Ben reviewed his sophomore album, Heavy Meta, and explains more eloquently what makes this RnR lad worth listening to. If you like high-energy indie rock, Gallo is not to be missed. He’ll set the tone for the rest of the day.

Fellow Revue staff Richard Moses declared her 2017 sophomore album, Turn Out The Lights, to be “without a doubt one of the years best records”. And not surprisingly, it made our short list of our Favorite Albums of that year. While Baker’s music is subdued and intimate, she sings and performs with immense fire and emotion. Should you attend, come prepared to stay focused and attentive in order to truly appreciate her power.

A low-lit, intimate venue would normally be the place to see Cigarettes After Sex, but we cannot help but give the cinematic, dream outfit a nod. The (now) Brooklyn-based band is made up of Greg Gonzalez, Phillip Tubbs, Randy Miller, and Jacob Tomsky. In reviewing their debut self-titled album, we called it “one long, scintillating affair”.  Let a little love into your Friday night and sit in on their sure to be sublime set.

In 2015, Kali Uchis’ EP, Por Vida, was highly praised by some notable names, including being included on Rolling Stones 20 Best R&B Albums of that year. In 2018, the Columbian-American artist released her debut album, Isolation, which was packed with some high-profile guests. Give a hard pass on the hammocks and head to this set. Rest is what Mondays are for.

Anderson .Paak is the definition of being both cool and humble. His soulful R&B voice and skills on the skins are on point, his energy is infectious, and his performance is super fun. We’ll be watching him intently, and you should, too.

Infuse your Saturday with some brooding pop by way of the American singer-songwriter Billie Eilish. If your bad with names, you’ve likely heard her single “Ocean Eyes”, which to date has streamed over 85 million times on Spotify. The young woman is a massive star in the making, so get regal and go see her in a crown.

This young singer-songwriter and multi-instrumentalist from Australia is a DIY success story and one of the most gifted artists on the planet. Her beautiful voice, musical range, and skills with multiple instruments captivated The Revue staff during a recent Wellington show. Trust us when we say she’s beyond bar-rail talent. She is seriously out of this world incredible.

You may know NYC-based producer/songwriter Devonté Hynes from his former moniker Lightspeed Champion. Or perhaps you know him from his contributions to works by Solange, Florence and the Machine, and FKA Twigs to name a few. He also performs under the name Blood Orange, under which he has released three terrific albums (2011’s Coastal Grooves being the standout). Hynes is preparing for the release of his fourth LP at the end of the month, so here’s an opportunity to get a sneak peek at what is to come.

Perhaps not a surprise as their genius isn’t a well-kept secret, The National should be on your list for final-fling must-sees. Their recent album, Sleep Well Beast, captured positive accolades during The Revue’s First Impressions. With a four thumbs up endorsement and a spot on our Favorite Albums of 2017, let these be the nudges you need to see them Sunday night. They are arguably the best indie-rock band on the planet.

See you at the festival! Be sure to hydrate and bring sunscreen and a rain poncho. You can’t be too prepared! 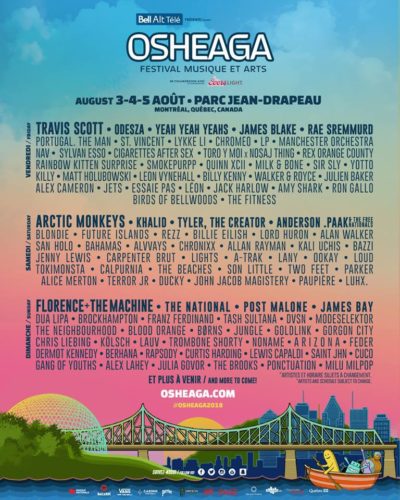 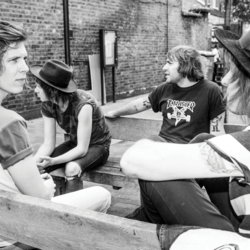 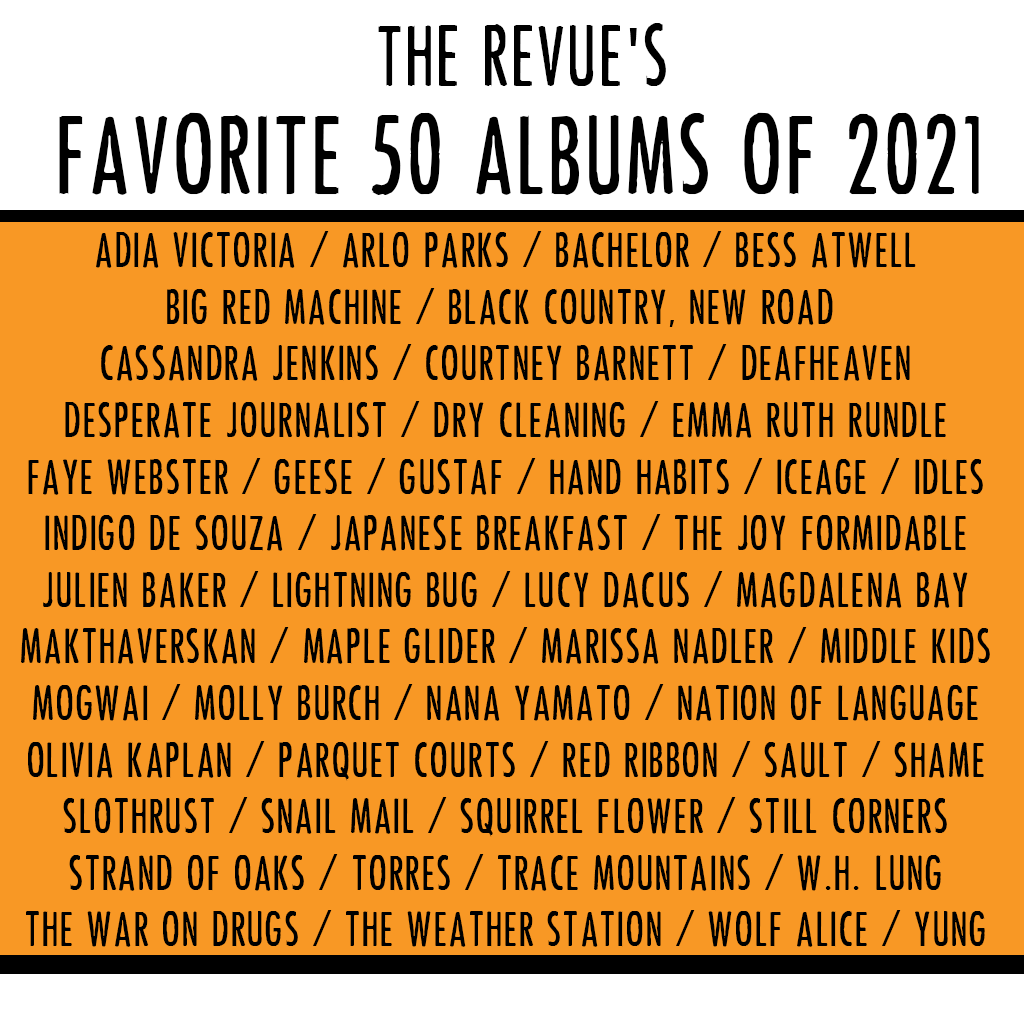 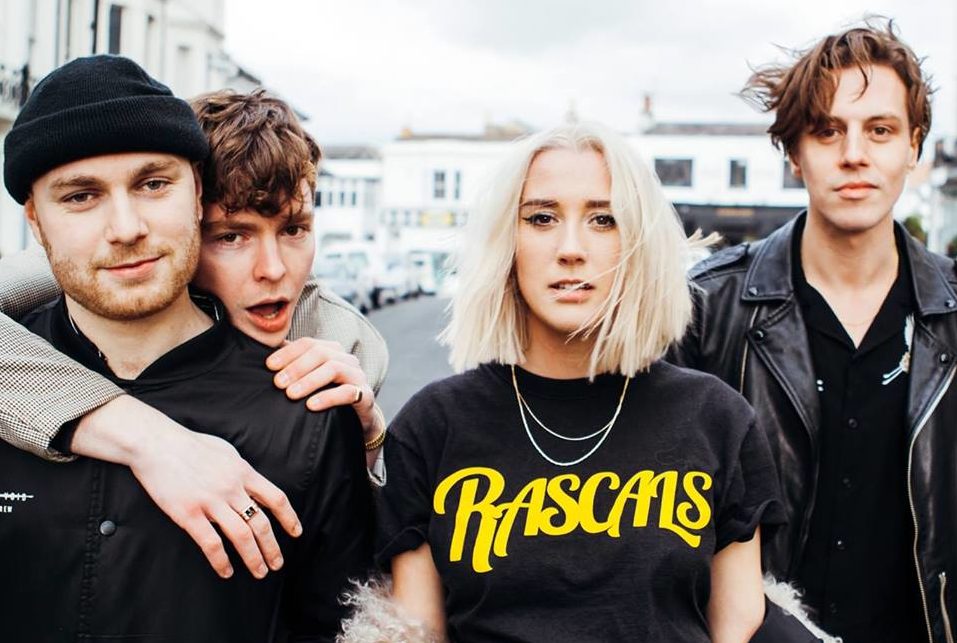