The Matinee ’18 August 9th features a bit of everything – engrossing, intimate ballads; vibrant rockers; dark, mysterious enchantments; and catchy indie pop-rock. We begin with one of the great singer-songwriters today.

Over the past three years, Big Thief have emerged as one of the most captivating and interesting indie-rock / indie folk-rock bands. Their ability to create bone-shattering music without raising the volume is unmatched, and much of that has to do with front woman Adrianne Lenker‘s enchanting vocals and emotionally powerful songwriting. The young woman has emerged as one of the finest storytellers and songwriters around, combining the mystical allure of Neko Case with the intimacy of June Carter and Joni Mitchell.

Earlier this week, Lenker announced her second solo album, abysskiss, will be released October 5th via Saddle Creek Records. This isn’t an indication that Big Thief is breaking up, but rather Lenker wanted to capture and document a new chapter in her life. The previous one was building the foundation. As she explains, “I had just turned 21 and moved to New York City where I was sleeping in a warehouse, working in a restaurant and photographing pigeons. Now five years later, another skin is being shed.” The first single from her new life is “cradle”, which is a stunner.

Simple yet beautiful, Lenker’s soft vocals hover over the delicate guitar line. The music and her lyrics feel like a dream or at the very least a slow drive through the countryside at night. These are the times when self-reflection and contemplation take place, which Lenker poetically does on this track.

“Baby, you’re still too proud to come down,
Maybe I’m still too loud to hear.
All the waves ascend and disappear.”

Over a year ago, we commented that David Nance “remains one of the least known singer-songwriters in the US despite being around for a decade.” We should also add that he’s a prolific artist, churning out LPs, EPs, and single with the fervor of Ty Segall (OK, maybe not that frequently but close). Eventually, people will recognize his name, and the fine folks at Trouble In Mind Records will be helping his cause, as they will release Nance’s fourth full-length album, Peaced and Slightly Pulverized, on October 5th. The record’s first single is an old-school rocker.

“Poison” resonates with the rollicking, political fervor of the ’70s when musicians far and wide used their voices, words, and instruments as the weapons to speak out against the atrocities around the world and the policies of our governments. The dual guitars boom, the rhythms shake the ground, and Nance’s voice explodes through it all to deliver jackhammer-like lyrics. He focuses on an individual seeking to establish his roots, but he constantly faces bull shit from the left and right. But instead of succumbing to the noise, he keeps forging ahead to make for a name for himself. To make a life for him and many others, who choose not to be caged.

Pre-order Peaced and Slightly Pulverized on Bandcamp. It should be one of the year’s best guitar-driven albums.

On the record, Nance is joined by his live band – guitarist Jim Schroeder, bassist Tom May, and drummer Kevin Donahue.

Regardless if Dilly Dally‘s sophomore album, Heaven, is a commercial success, the Toronto four-piece have already accomplished a great deal in writing and recording it. Since releasing their awesome debut album, Sore, in 2015, Katie Monks (vocals/guitars), Liz Ball (lead guitar), Jimmy Tony (bass), and Benjamin Reinhartz (drums) have been to the summit and deep into the dark abyss. They almost broke up, as the constant touring and escalating pressures challenged their friendships and affected their mental health. For Tony, he struggled with addiction, further adding to the tenuous bond that held the band together. Instead of taking the easy way out, however, the quartet held tightly on to the threads that kept them together and worked through their differences and personal struggles. Now they’re telling their stories in the only way they know how – with intensity, emotion, and sonic power.

The lead single from Heaven, “I Feel Free”, was a triumphant anthem while song number two, “Sober Motel”, is a monstrous punk-rock ballad for the ages. Like the first single, “Sober Motel” articulates the band’s vulnerability and perseverance, focusing primarily on Tony’s battle with alcoholism. As the fiery guitars and crushing rhythms clash in mid-air, Monks’ soaring vocals tell the tale of one man’s struggles and eventual breakthrough. In the end, the song celebrates his sobriety in a way that only Dilly Dally can do – through a bone-crushing and furious soundscape that aims to rattle the walls and our own sense of what normalcy is.

Heaven arrives September 14 via Dine Alone Records (CAN) and Partisan Records (US). Pre-orders are available here. It’s not too early to say this record could be among the year’s very best and most important.

In the spring, rising indie band Kississippi, the project of Zoë Allaire Reynolds and Colin James Kupson, released their debut album, Sunset Blush, which received several strong reviews include a perfect rating from Spill Magazine. The LP is being re-released in the UK via Alcopop! Records, which is sharing one of the record’s highlights in “Mirror Kisser”.

Akin to the emotional yet anthemic qualities of Lucy Dacus and Waxahatchee, “Mirror Kisser” is an indie pop-rock gem. It starts of as an immensely danceable synth-driven track, which pops with an outstanding bass line and Reynolds’ stirring vocals. But instead of continuing to burst at the seams, the song transforms into a brooding indie-rock ballad. Suddenly the catchy vibes give way to melodic contemplation, as Reynolds describes the pretender, the resister who sits next herself.

How did we miss this album? Don’t be like us and get Sunset Blush now on Bandcamp.

After nearly a decade away and when social media was still in its infancy, Israel-born, Paris-based singer-songwriter Magon returns. What led to his hiatus and what facilitated his re-emergence are unknown at this time. More importantly, what awaits is unclear, but this legend and man of mystery of France’s underground scene unexpectedly dropped a new single some three weeks ago with “The Streets”.

The track offers some hints as to why Magon reappeared. Burgeoning with the theatrical indie rock of Lou Reed and the observant lyricism of Bruce Springsteen, the track recalls a bygone era of great, socially-charged songwriting. We’re obviously talking about the late ’60s and ’70s, during which some of the most iconic songs were written. Throughout the 172 seconds, Magon floods us with great lines, such as:

“Lightening up my pipe,
Inhale and I’m out.
There are dogs and monsters and garbage on the ground,
Listening to the same record for the 32nd time,
And I really love being stoned in the streets”

However, you keep coming back for the outstanding orchestration, as the song ebbs and flows, stops and starts over and over again. It is at times exhilarating with the fantastic, chiming guitar and the throbbing bass line leading the way. Then it is breathtaking and intoxicating when it settles down and eases to a trickle. Here’s hoping it won’t be another ten years before we hear from Magon again.

Whether she’s covering popular songs, paying tribute to Jason Molina, or writing original material, Marissa Nadler is one of indie’s most fascinating and creative artists. Her talent truly is unparalleled – from her wide-ranging vocals to her composition and composing credits to her gift for creating engrossing tales and ballads. Despite seven studio albums and eleven other records (including self-released LPs and EPs), she remains criminally underrated and underappreciated, including by us as we’ve only featured her a handful of times. Maybe things will change for her when album #8, For My Crimes, is revealed on September 28th via Bella Union and Sacred Bones Records.

The early singles were Nadler-esque – dark, foreboding folk tunes with that created a comfortable uneasiness. However for her latest single, she changes things a touch and takes us deep into the isolation of the desert. Deep into the vast darkness where the only sounds that can be heard are the voices in our head. This is the spectacular, brooding power of the Americana-tinged “Blue Vapor”. From Nadler’s ghostly vocals to the foreboding, midnight environment established by the slow hum of the guitar and strings, the track is stunning and hypnotic. It is like hearing an Alfred Hitchcock film turned into a song, where every second is filled with suspense. “Blue Vapor”, in other words, could very well be Nadler’s cinematic masterpiece, which is saying an awful lot about an artist who has mastered the art of putting theater into her music.

Avid concert-goers will have attended at least one gig where there’s a countdown to heighten anticipation and excitement for the arrival of the band or the start of a song (U2 fans, in particular, know exactly what I mean). But let’s be honest – there aren’t a lot of songs in music history where a T-10 seconds would naturally fit. Sextile‘s newest single, however, is the exception.

Instead of starting at ten, begin at thirteen and count down. When you hit zero, “Paradox” erupts into a mind-blowing mix of krautrock, new wave, and post-punk, which is reminiscent of the trailblazing music that filled up Berlin’s underground scene in the mid-’70s. Synths, a guitar, and drum machines crisscross like a laser-light show, and they buzz around Brady Keehn’s trippy vocals. For three minutes (well, two minutes and forty-seven seconds after deducting the countdown), we’re left whirling and uncontrollably dancing under this adrenaline rush. Heck, even when it’s all over, you might find yourself still losing your shit to this off-the-hook number.

Very few artists can make the minimalist sound as intoxicating as the music of Tuvaband, which is the project commenced by Tuva Hellum Marschhäuser. She first put a spell on us back in September 2016 with “(It’s Not About) Running”, and those at SXSW in 2017 got to experience it first hand. Now she’s about to conquer the world, as she has signed with two excellent labels, AntiFragile Music and Caroline Australia, who will release her debut album later this year or early in 2019. To give people a flavor of what is to come, she released “Wolfpack” last month.

Like everything she has done to date, “Wolfpack” is a haunting stunner. This time, however, she along with long-time collaborator Simon Would and Håkon Brunborg Kjenstad go more widescreen and cinematic. The sombre darkness would be perfect for a quiet moment in Vikings, specifically as Lagertha contemplates her next move to strengthen her kingdom. “Now I must feel shameless”, utters Marschhäuser, which are the words a great queen would state.

Tuvaband are going places, so get on their bandwagon quickly.

In July, Thomas Savage – a.k.a., Vilde – released his new album, Thug. We, unfortunately, were unable to cover it because of holidays and covering music festivals. We could not, however, ignore how great the record is, which is filled with songs that sound like they came from another dimension. Fittingly, the last public single to be released encapsulates Savage’s brilliance both in terms of tone and effect.

“Rabbit Hole” is a gorgeous piece of psychedelic dream-pop. It literally feels like we have fallen through the proverbial tunnel and landed in a place where anything is possible. The song is a multidimensional experience. It commences like a dream, as Savage and his orchestra calmly serenades us with a blissful melody. It then gradually escalates into something absolutely gorgeous, where the experience becomes breathtaking and dazzling. Just as we’re about to float through space, Savage hurtles us through the cosmos and cleverly accelerates the pace, and we are suddenly grooving and dancing to celebrate our arrival to this wondrous place. To celebrate the talent and expert guidance of one Thomas Savage. 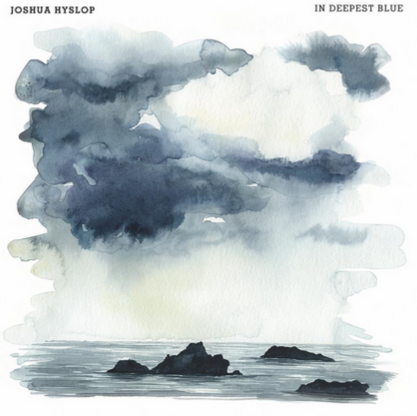 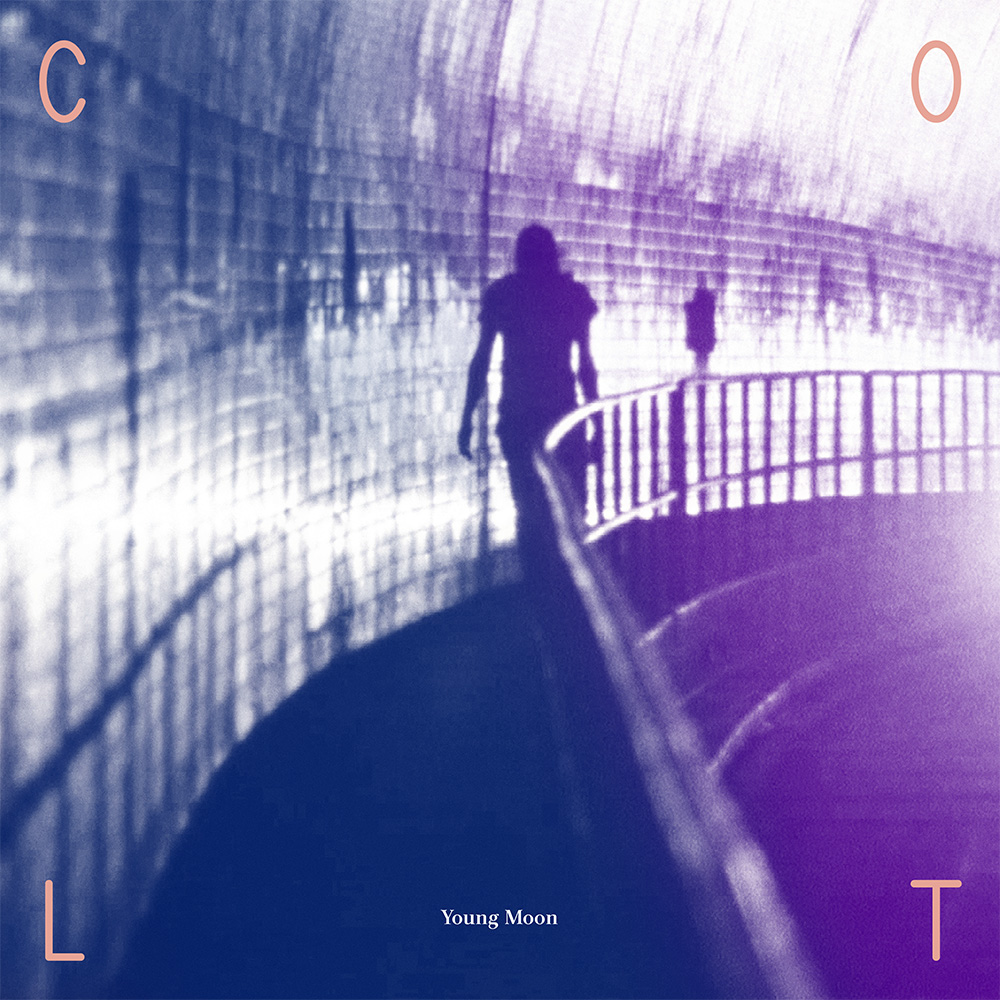 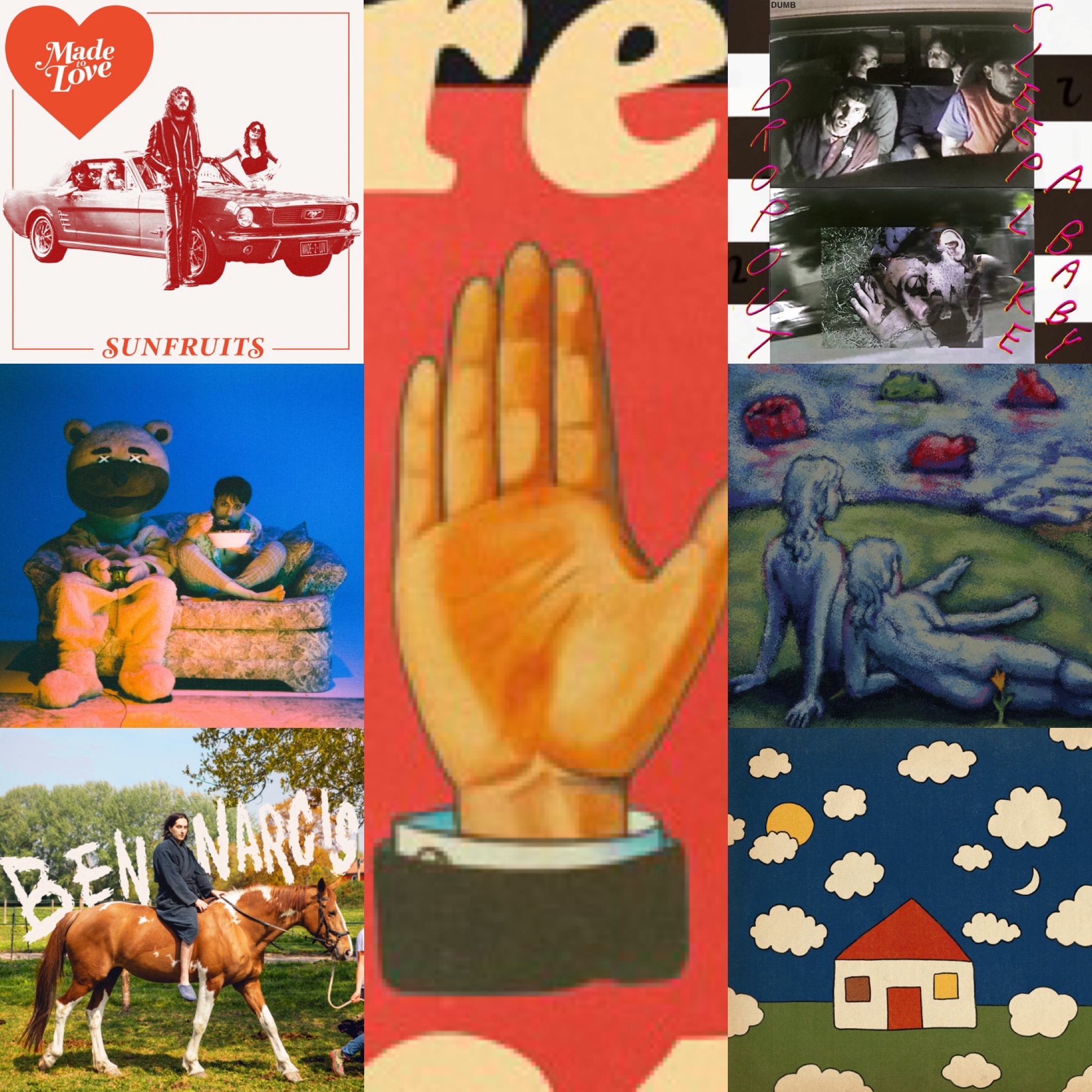