The Matinee ’18 August 13th includes a nice variety for this Monday morning. For some, it’s the end of summer as many school schedules have already begun. A few of these tracks can help us to remember those summer vibes as well as a couple keeping us energized with new and exciting indie rock. Artists are representing Canada, the US and the UK today.

Anja Kotar has just released the track “Theory of Relativity”. It’s actually the perfect track to listen to as summer draws to a close. It’s a breezy track that captures youthful moments of just jumping in the car and driving around blaring to your favorite jam of the moment. She has also released a video for the track.

Ms. Kotar shares a bit about the meaning behind the song “It’s a lush, string-driven pop ballad on the passage of time. I wrote it about long drives with my brother – experiencing a moment so perfect and free that you want to capture and stay in it forever.”

The song is almost a ballad as we hear the full range and talent of Ms. Kotar’s amazingly impressive vocals. “Theory of Relativity” is off of Ms. Kotar’s debut album, Nomad.

Big Mother Gig recently released the single, “Obliterate”. The track is a dark one (inspired by the Parkland tragedy) and according to the band: “attempts to understand rage and tries to come to terms with this body of the American populace who are teetering on the edge of violence. It’s filled with judgement, attempted understanding, lost signals and a lack of redemption as the perpetrator succumbs to handcuffs.”

We definitely hear bands 90s roots alive and well as that was the era the band began. Their recent return after a 20 year hiatus last year. “Obliterate” attempts to make sense of the sometimes unfathomable motives tied to mass shootings. Overall we have a driving rocker that  does well with translating a sense of confusion and anger regarding the darker subject matter. Speaking of dark – the band just released the video to go along with the song which stars Michael Ornstein (Sons of Anarchy) which chronicles the beginning of the day for someone who plans to inflict murder and chaos in a short while.

DREAMERS – “All Washed Out” (Los Angeles via Brooklyn, USA)

DREAMERS are on a roll with new music. “All Washed Out” is their newest single. It’s a laid back nostalgic rocker that brings forth memories from the past and looking back on the beginning of a relationship. The band have been busy this year with their LAUNCH EP which was released just last month. They are now preparing for the release of their second EP FLY which will be out September 7th.

Singer Nick Wold shares a bit about the track: “‘All Washed Out’ is a song about trying to revive the past. Dreaming about the way things were, while looking at an ever fading picture of what was. I wrote it after moving to LA from New York with a girlfriend. It seemed that everything was idyllic before the move, but everything was changing for us in our new environment. Memories are always blurry, like a faded photo or bleached out letter.“

The band are also about to embark on their first ever headline tour in support of the new EP. Upcoming dates are available here.

DREAMERS are Nick Wold, Nelson, and Jacob Wick. Their new EP, Fly, is out September 7th.

Back in April, Vancouver singer-songwriter Haley Blais released her terrific EP, Let Yourself Go, which rightfully gained her a nice online following. “Seventeen” is laid back and definitely worth sharing. It captures nostalgic vibes as well as describes Haley’s teenage upbringing.

Ms. Blais shares a bit about the track: “Seventeen” is an homage to my painfully average adolescence. Everyone goes through different phases growing up, trying to figure themselves out, and mine could easily be categorized as boring. I was lazy and dull with awful taste in music.”  She also shares “The video for “Seventeen” encapsulates how I’m exactly where I’ve always wanted to be.”

Pick up Let Yourself Go on Bandcamp.

“Not Going Back” is the newest singe release from Henry Nowhere. It’s the second single released from his upcoming EP of the same name. Henry has been an on-call Bay Area guitarist since high school and only recently has called Los Angeles home, where he wrote and recorded his new EP. For the past four years, he has been touring globally with Day Wave.

“Not Going Back” is laid back dreamy rock with similar vibes to Washed Out or even Wild Nothing. The track is lo-fi gold with humming guitar, captivating vocals and an overall feeling to help keep the reminder of warm yet hazy days alive and well.

Henry shares a bit about the track: “The feeling of being lost and content is a recurring theme in my writing. There is a big part of me that wants to drop it all, wander about and appreciate the worlds wonder. I know this impulse does not make me special in the least. For me music serves the purpose of giving the listener that sort of care free getaway in a 3 minute bite-size form. That was my goal for this song and most of the EP for that matter.”

LOYAL – “Everything (She)” (Brighton, England)

“Everything (She)” is the first new music from LOYAL since their debut EP, Light Up For You. We hear dreamy vocals set against hypnotic beats and a nostalgic throwback vibe that resembles disco and funk. The overall sound is quite intoxicating and perfect for getting ready for your upcoming weekend plans. The track glistens with energetic beats and a shimmering chorus.

LOYAL are becoming pros at mixing a myriad of genres and sounds that you can’t quite categorize except  to simply describe as ‘amazing’. The UK trio have already gained a solid online following and it’s only a matter of time before they reach worldwide recognition much like Glass Animals have with their unique sounds as well.

The band share a bit about the track: “It may sound cryptic to some – but for us it’s simple. With “Everything (She)” we explore the power of our ‘everything’. It may be a lover to some, a drug to others, perhaps a hero who lights your eyes when not all is going your way…” 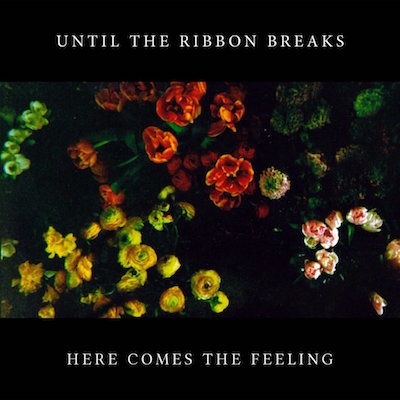