The Matinee ’18 August 14th – World Edition has a very strong Down Under flavor with four of the six songs coming from artists and bands residing in New Zealand or Australia. For the USA edition, go here.

Lorde counts them as friends and music collaborators, having involved them in her hit sophomore album, Melodrama. They’ve toured with Sam Smith, Ellie Goulding, HAIM, and others, and they’ve won numerous New Zealand Music Awards. Yet somehow, sister-brother duo BROODS, the project of Georgia Josiena Nott (lead vocals) and older brother and multi-instrumentalist Caleb Allan Joseph Nott, seem underrated and underappreciated. Maybe it’s due to them being engaged in one of the industry’s most competitive and crowded genres or maybe geography plays a role. There is no questioning their ability, as the pair can create infectious hooks and scintillating melodies. Their talent, however, exceeds the typical electro-pop outfit because when taken out of their regular environment where everything is stripped down to the basics their artistry truly shines. And shine it does with “Peach”.

Outstanding would be one word to describe the song as would spectacular, stunning, and ravishing. It is electro-pop perfection, but categorizing it as electro-pop would underscore the brilliance of “Peach”. The track is a combination of BROODS’ early, rambunctious, electronic-driven sound with the intimate, acoustic approach they showcased in 2016. The piano and rolling percussion are the musical stand outs while the synths and production bring cinematic flair. Georgia’s vocals are a roller coaster of emotions, sounding downtrodden and then lush to reflect the inner turmoil she struggles through each day. Her lyrics are outstanding, which is another understated part of BROODS’ brilliance.

The single is out on Atlantic Records. Could a new album be far off?

From the opening notes of “Graceland“, you immediately know that Das Body‘s brand of electro-pop isn’t ordinary. It isn’t the blazing, over-produced stuff that fills today’s airwaves or heard at Electric Daisy Carnival. Instead, it is a song that belongs in the most intimate clubs of Paris, London, and Milan or on the big screen as an intergalactic movie produced by Christopher Nolan plays. It is simply stunning.

The production and synth work are exquisite, as each element creeps along slowly to create the suspenseful delirium. Front woman Ellie Linden’s dazzling vocals, meanwhile, guide us through the darkness that has encompassed Elvis’ homes, which occasionally illuminates with fractured light. Then unexpectedly, the song bursts with vibrant color, and we’re left spinning within its gorgeous aura. The ending is breathtaking and spellbinding, and it’s one of the most memorable moments in music this year.

Speaking of memorable, Das Body – who are Ellie Linden, Kim Granholt, Patrik Alm, and Didrik Karsrud – could very well be the ones who reinvigorate a genre needing a breath of fresh air.  We’ll learn more on September 28th, which is when their self-titled debut is released on Luminelle Recordings.

If you’re like us and adore the cinematic indie electronica of bands like Phoria, Mt. Wolf, Zola Blood, and Maribou State, then you’re going to fall head over heels for Dead Ceremony. Like these great English bands, the quartet of Christopher Stewart (vocals/keys), David Trevillion (drums), Harry Pearce (bass/keys/backing vocals), and Neil Allen (guitar/backing vocals) take the terms dazzling and stunning to celestial levels, which is evidenced on “Heartache”.

From the delicate, cosmic orchestration to Stewart’s heavenly vocals, the song will overwhelm you from the first note to the very last note. It is that rare track that feels like a tidal wave, where every element washes over you and you just want to drown with it. But instead of suffocation, you are rejuvenated, as if you’ve been swallowed by the fountain of youth. This feeling will last for days, and you might find yourself slowly dancing in the middle of nowhere while uttering the words, “Heartache. Heart Attack. Like a hurricane, I’m coming back.” Keep coming back we will for Dead Ceremony’s ethereal soundscapes.

Their sophomore EP is expected later this year. In the meantime, check out their debut extended player on Bandcamp.

Take a deep breath – a very deep breath – before listening to the next track in our mini-playlist. If you don’t, you might find yourself gasping for air and missing out on all the eye-opening, ear-popping moments of Siena Stone‘s new single, “Freewheeler”.

Born along the eastern shores of New Zealand, the burgeoning singer-songwriter now calls Sydney home, where she’s mastering her dream-pop art. While she could borrow from the Hope Sandoval playbook, she’s opted for a more widescreen sound that mixes Rilo Kiley bluster with Chromatics dreaminess. The result is a song that leaves you enchanted and desperately wanting more.

Her voice is sublime, and the synths and rhythms that spiral around her are, as she says, “captivation”. More impressive, though, is her imagination, as she pays homages to the great artists of the ’60s and ’70s who conducted their work with fearless abandon. Those who put their art first and challenged our notions of what is mainstream, such as the great Bob Dylan, who is, as Stone says, is the ultimate “Freewheeler”. Maybe the Kiwi will join her idol one day, especially if she continues down this path of mixing ethereal delight and creative songwriting.

You know spring is arriving soon Down Under as the new music gets more jangly, more summery, and downright infectious. Then again, Fremantle outfit Spacey Jane always create catchy ear-worms meant to warm up the coldest nights while adding some extra heat on those cracking days. Their previous single, “So You Wanna”, was an uplifting, look-in-the-rear-view-mirror-and-then-never-look-back affair. This time around, they amp up the jangliness and infectious levels to greater heights.

Like “So You Wanna”, “Cold Feet” is another feel-good number that will get the endorphins firing, the hips wiggling, and heads noodling in all directions. It’s a song meant to get up and dance or at the very least turn up in your car as you and your pals cruise around the town in search of a new adventure. As great as the arrangements are (the jittery guitars and bubbling bass lines are fantastic), Caled’s lyrics are engaging and relatable, as he discusses the many ways in which we all try to make sense of the world and people around us and figure out how we belong. Then there’s the chorus, which will stick in your head and make you want to scream it out loud. Oh, and you may never think of a playground as a fun place to be.

The band is comprised of Caleb (guitar/vocals), Ashton (guitar), Meils (bass/vocals), and Kieran (drums). They should be Triple-J mega-favorites in no time. Pick up the song on Bandcamp.

Over-driven guitars? Check. A buzzsaw melody? Check. Edgy yet catchy vocals? Check. A screw-the-status-quo attitude with lyrics to match? Check and check. Given all these great traits, what is there to not like about the Gold Coast’s VOIID, who deliver an in-your-face, bombastic punk-pop tune with “Twin”.

This is a tune that you must turn up the volume and blast loud. Very loud! It’s the perfect marriage of the rambunctious music that The Runaways were crushing in the late ’70s, the fierce guitars of Bikini Kill, and the socially charged, fuck-the-mainstream satire of Miss World. Their message isn’t just for the women and girls, but the men and boys, too, can relate to their lyrics. Heck, they should be written on a banner so they could be waved in the open air.

“You’ll never get anywhere, anywhere,
Looking like everyone else.”

VOIID are Anji Greenwood (vocals), Kate McGuire (lead guitar), Antonia Hickey (bass), and Jasmine Cannon (drums). Get to know these ladies who, as evidenced on this song, are carving out their own unique path.

The Matinee May 5th 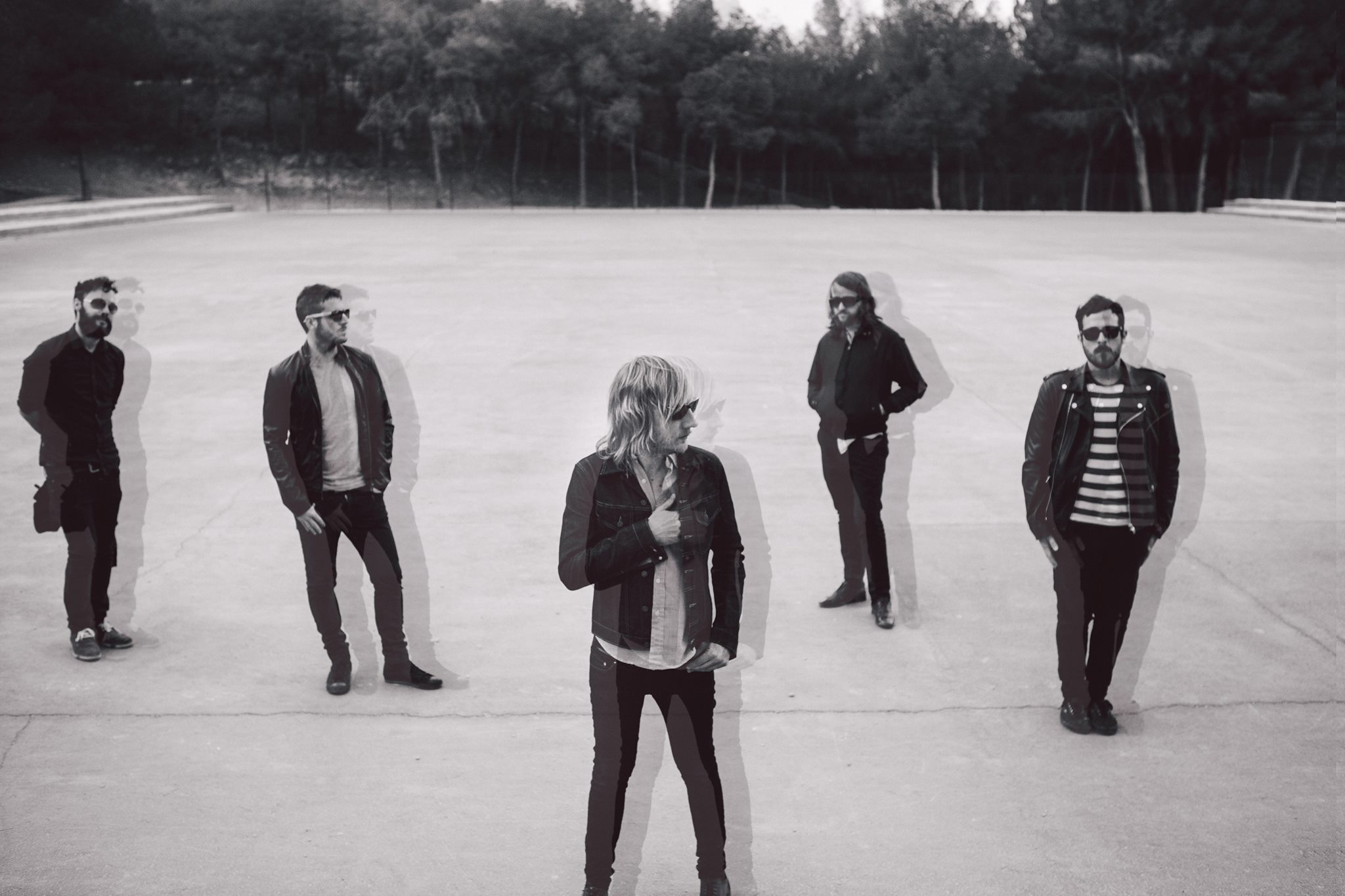 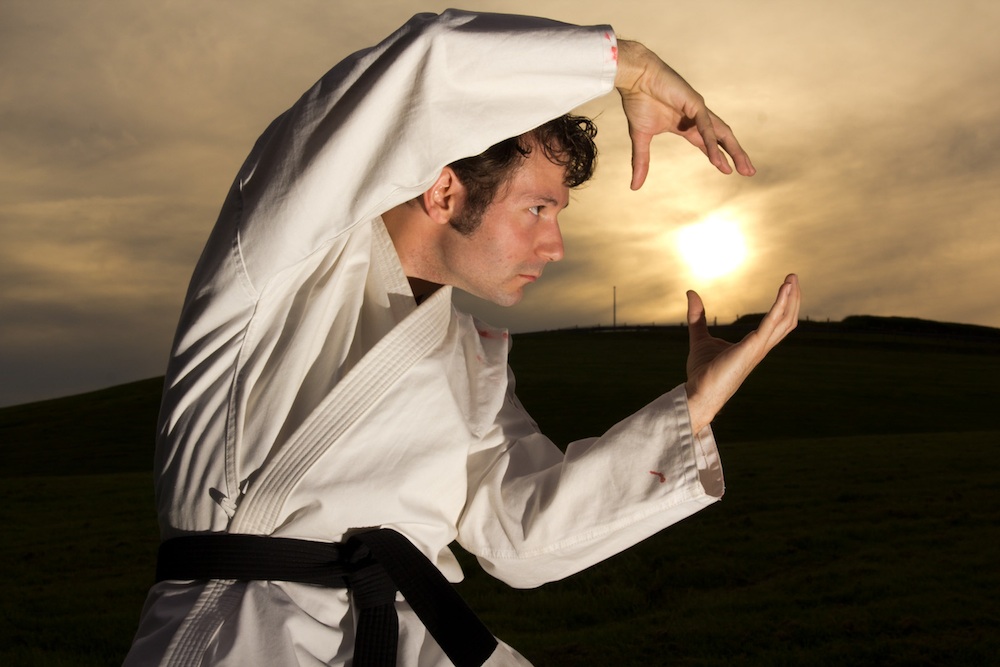