Get ready for the weekend with The Matinee ’18 September 7th edition. There are some seductive and groovy numbers, bubbly pop tunes, and, of course, fiery rockers. We begin, however, with a song from a man who left us far too soon.

Almost exactly a year ago – September 23rd, 2017 to be exact – the world didn’t just lose a music legend, but it lost one of the nicest and greatest human beings in Charles Bradley. His rags-to-riches story is made for cinema (and hopefully Hollywood will make a film based on his life), and despite being beaten, homeless, and later battling cancer, he was always the brightest beacon of hope, optimism, and compassion. Anyone who had the fortune of seeing him live in concert was moved by his powerful, soulful voice, his numerous poses, and his uplifting music. And if you were a lucky one, you would receive a hug from the Screaming Eagle of Soul, as he always visited the crowd after his performance. While he is gone, he’s left us one final gift.

On his 70th birthday, which is November 9th, Daptone Records‘ imprint Dunham Records will release Bradley’s fourth and final album, Black Velvet. The lead single, “I Feel A Change”, is Bradley and his backing band, Menahan Street Band, at their finest. It is graceful yet powerful, as the horns boom, the rhythms rattle, and the guitar throbs. Bradley’s voice quivers with the emotion of a broken man; however, he’s not ready to give up on himself nor the people he’s loved and who loved him back. Even in the afterlife, he continues to spread the message of love.

If you have time, watch his cover of Black Sabbath’s “Changes” and be blown away once again.

It’s Friday, which means it’s time to throw aside the shirt and tie, the uniform, and the “be nice” attitude. It’s time to let loose and be yourself. To help you get in the mood, Austrian disco-rockers “At Pavillon are here to serve with a song that will get you to “stand on your toes” as the adrenaline rushes through your veins.

“Lions” is the song, and it is made for dancing. It is 196 seconds of pulsating energy, highlighted by a funky bass line and a sterling guitar. If you happen to be spinning this at work and it’s almost 5:00, turn up the volume and create your own little boardroom dance party. Even the office’s most stubborn soul will at least be wiggling his booty in his seats.

Don’t, however, just listen to the boisterous music, but take heed of front man Mwita Mataro’s lyrics. His message is one of unity and empowerment, where in the world of At Pavillon all souls are equal. Gender, race, religious beliefs, ethnicity, sexual orientation, and social status are all irrelevant where Mataro, Bernhard Melchart, Paul Majdzadeh-Ameli, Tobias Kobl reside. Now this is a place where we could spend eternity. Soon enough, we’ll get to explore more of At Pavillon’s neighborhoods when their new EP, Lions, is unveiled later this year or early in 2019. Las Vegas Records will release it.

We should say it now – Dilly Dally are a tour de force. Most people already knew this when their blazing debut album, Sore, was released in 2015, but their sophomore LP, Heaven, could be an even more seismic, wall-shaking effort. They’ve already shared two spirited affairs in “I Feel Free” and “Sober Motel”, and single number three is equally face-melting.

“Doom” isn’t as propulsive nor explosive as the previous two songs, but it throbs and rattles the cages in a much different way. It is a slow-building, methodical rocker that makes your eyes bulge out of their sockets. The guitars are like lightning strikes that brighten up the dark, bleak sky and the rumbling percussion is the thunder that pumps fear into your chest. And through the storm, a gale-force wind howls, which sends chills down your spines. This is Katie Monks’ fabulous screeching vocals. She’s not trying to scare us, though. On the contrary, she is telling us to not fall into the deep darkness of the storm, which is depression, anxiety, and hopelessness. Follow her voice, instead, and let her be the guide into the light.

Gengahr has just released their newest single titled “Atlas Please”. The track speaks to being there for someone through rough times as well as the importance of making an effort to cultivate relationships. We hear a more laid back vibe on their most recent track with a mellow foundation of keys, groovy guitar and subtle percussion. All of those elements frame Mr. Bushe’s unique falsetto perfectly.  Gengahr had the help of producer Jack Steadman on their newest release (Bombay Bicycle Club, Mr Jukes). “Atlas Please” is also their newest single since releasing their latest album, Where Wildness Grows.

Vocalist and guitarist Felix Bushe shares about their newest release: “‘Atlas Please’ is us considering that our lasting memories are the ones shared in good company – although, at times it can feel as though the weight of the world is resting on your shoulders. Talking to friends and considering our own personal experiences, we’re mindful that we often find it easier to suffer in silence than to open up – so being able to identify when someone you care about is hurting and to make the time to help them is an incredibly important and powerful thing to do.”

The single is out on Transgressive Records and Liberator Music. Felix Bushe, John Victor, Danny Ward, and Hugh Schulte are Gengahr.

Guerilla Toss – “Come Up with Me” (New York City via Boston, USA)

Last month, NYC wunderkinds Guerilla Toss shared the multi-faceted buzz saw “Green Apple”. The song further demonstrated their cross-genre brilliance, where they’re simply satisfied with being another band from the city that never sleeps. If “Green Apple” wasn’t enough proof of their awesome uniqueness, then “Come Up with Me” should do the trick.

“Come Up with Me” is one manically fun number. It echoes the frenetic mad genius of David Byrne and The Talking Heads mixed with the infectious pop of The New Pornographers and the oft-kilter lyrical dynamism of Deerhoof. You’ll be left jittery, bouncing, and dancing or if you’re with a group of friends you might find yourselves buzzing around in a controlled mosh. For fans of The Rocky Horror Picture Show, this tune wouldn’t be so out of place at a Magenta and Riff Raff party (listen closely to the lyrics and you’ll understand). Yeah, it’s a bit whacked, but it is incredibly fun. It’s the perfect tune for a Friday where we can just forget about today and yesterday and just go a little nuts.

Only one week separates the world and Chilean indie stars The Holydrug Couple‘s new album, Hyper Super Mega, which is their first in nearly three years. They’ve already shared two mesmerizing songs – and “I’ll Only Say This” and “Waterfalls” – and they’ve teased one more to get us salivating for what is to come.

“Forever End” is the perfect kiss goodbye to summer. It is sultry and groovy, and it is made for watching the final steamy hot days fade into the horizon. Preferably, you’ll be sitting on the beach with your significant other and taking in the beauty that surrounds you. Meanwhile, the soundtrack is offered by Ives Sepúlveda Minho and Manuel Parra. The former layers his vocals to sound like two different individuals, but they’re actually two voices inside a person’s head. They are the Ying and the Yang, creating a balance between fantasy and reality. Around the voices is psychedelic haze that is as trippy and dreamy as anything that Ruban Nielson or Kevin Parker have crafted. It’s another dazzler from the duo, who will soon join the aforementioned legends as psychedelic-pop royalty.

Hyper Super Mega is out Friday, September 14th via Sacred Bones Records. You can pre-order it from Bandcamp and the label.

Everything that Men I Trust do is super sexy. Like their Kiwi cousins, Yumi Zouma, they are able to make ’70s R&B, disco-soul, and dream-pop sound sensual, intimate, and, most importantly, modern. They’re not merely throwbacks, but they’re revolutionaries in making the past sound contemporary, such as on “Seven”.

The single is ultra-cool and dazzling. The funk-esque bass line sets the tone, quietly throbbing in the background and mimicking the slow beats of one heart. Cutting through it is the chiming guitar, which at first just gently rings but then sizzles during its tremendous solo. All the while Emmanuelle Proulx’s voice sweeps across the track, intoxicating listeners with its soft, blissful seductiveness. Proulx, though, isn’t singing to us, but rather she shares a memory of a past summer when she and her friends gathered for a weekend. One companion, however, is lost in his own world, and he encounters an unknown entity or entities. We’re not sure if he saw ghosts or a pack of wolves, but his life would forever be changed. Proulx’s underrated storytelling is another reason why we are long-time fans of the trio.

MOSES – “Cause You Got Me” (London, England)

More than a year ago when we first came across MOSES (or M O S E S), we called “King Size” a “five-alarm fire”. The track demonstrated that the London quartet of Victor, Rory, Matthew, and James were on the path to being recognized as one of the UK’s great rock bands. Sure enough, these four young blokes have been regulars across the BBC’s multiple channels and their fan base is growing. Soon it will swell thanks to songs like “Cause You Got Me”.

This is a flame-thrower of a tune that bellows with the intensity of Kasabian and the urgent lyricism of Foals. For fans of the disco psychedelic-rock of the late ’90s and early ’00s, they are reminiscent of one the UK’s most underrated outfits The Music. And like these great bands, “Cause You Got Me” will have you pounding your fists, banging your heads, and dancing. If you’re down in the dumps, this song will lift your spirits and make you understand you’re not alone. It’s a track for the underdog and the resilient. For every person wanting to prove the naysayers wrong.

Pizzagirl (aka Liam Brown) is back with a new track titled “highschool”. The 80s inspired gem takes the listener on a nostalgic trip as a relationship is definitely not as strong as it used to be. The lyrics speak to just that with

The track is filled with neon synths that could easily be placed in your favorite 80s movie soundtrack. We also hear expansive reverb and an underlying grooviness that creates a most addictive and harmonious hook in  the chorus. Mr. Browns vocals bring forth a charming bit of  bedroom indie pop with a most definite retro flair.

Pizzagirl is a one man show.  With the help of a thrown together flatpack mini studio, Pizzagirl writes, records and produces all of his music and visuals from the comfort of his home. His best mate shoots his videos and his mum takes his press shots

“highschool” is from Pizzagirl’s forthcoming EP titled season 2 which will be released via Heist or Hit this November. 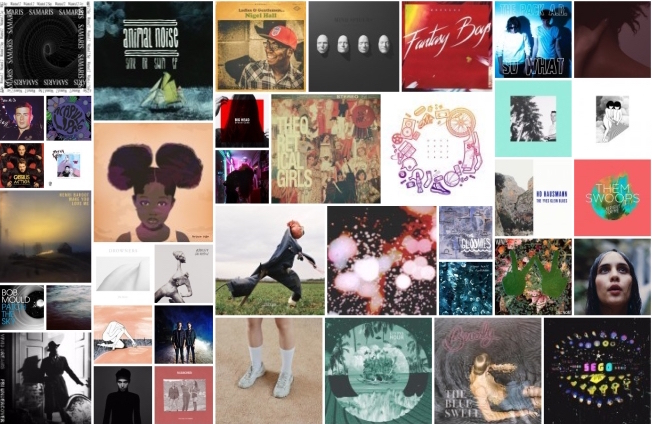 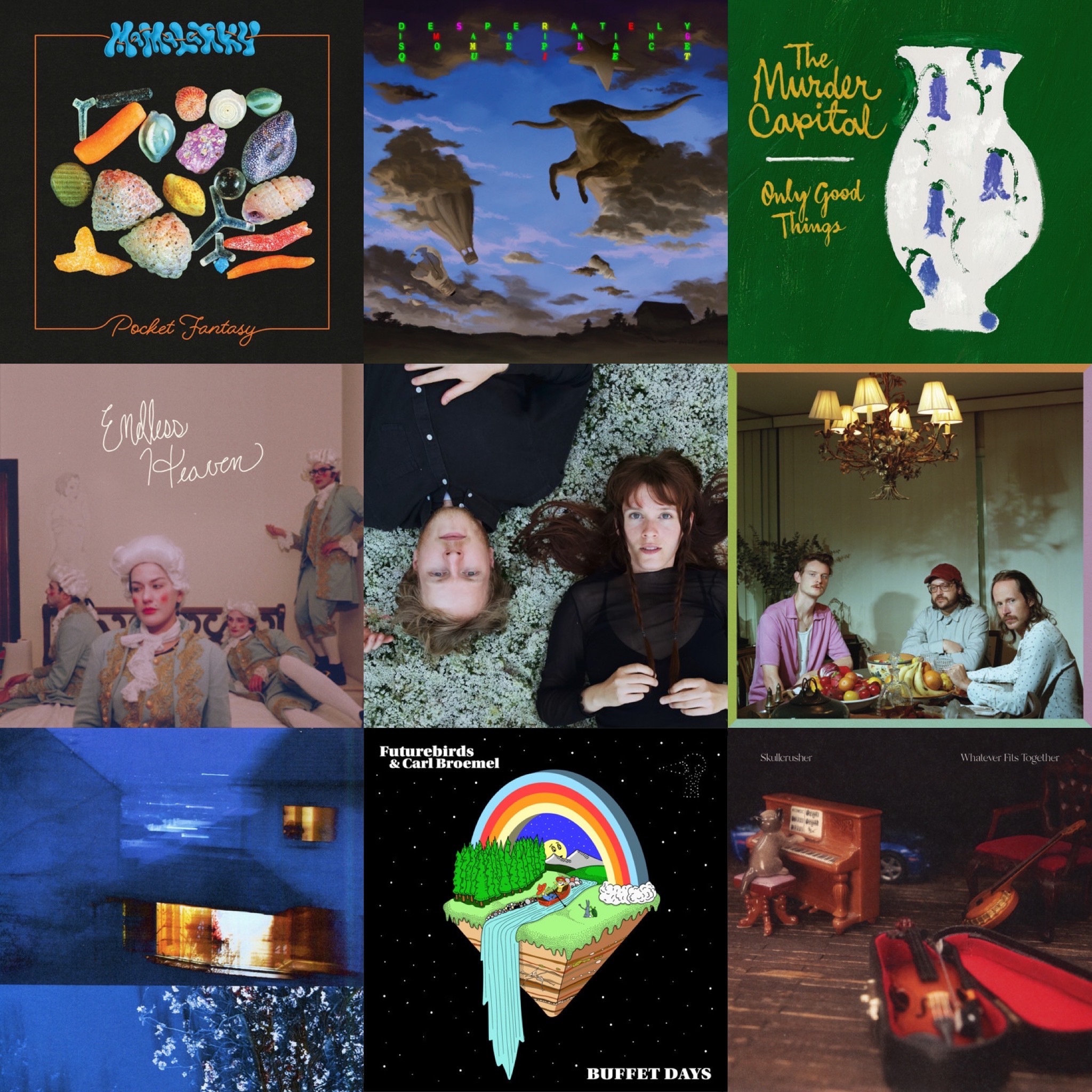