The Matinee ’18 September 11th – ROW Edition (Rest of the World) has a strong Southern Hemisphere vibe with a couple of artists residing north of the equator. There are buzz-saw rockers and dreamy synth-pop numbers plus one electronic enchantment. For more music, check out the USA edition over here.

If you’re a lover of ’80s-style synth-pop, then turn set your sights towards Johannesburg and open your ears to Academie. Jean-Louise and Alex Parker established the project in 2016, and they’ve slowly built a following in their hometown. It’s only recently where the rest of the world started listening with their last single, “Battles”, garnering attention around the globe. If you’re like us and a little late to the party, then “Eyes” is the perfect gateway into their little world.

The song is lush, gentile, and simply gorgeous. It is a slice of dream-pop perfection that marries the breathtaking intimacy of Cults with the slow grooves that Toro y Moi keyboardist Anthony Ferraro has mastered through his own project, Astronauts, etc. As a result, the song creates the simultaneous effect of having one close their eyes while gently waving their heads from side-to-side. While the song is vintage, Jean-Louise’s lyrics are modern. Her focus is on what it is like to be a woman in today’s world. “Am I a self-help human or a man-made woman?”, she asks with a hint of sarcasm in her beautiful voice. It’s a clever statement hidden within a dazzling song.

There are no shortage of outstanding female artists from Australia, and the folks Down Under have embraced them. Courtney Barnett’s national tour sold out within a couple of hours. Holly Rankin’s (a.k.a. Jack River) inaugural Electric Lady Festival events were filled to capacity. Last summer, Camp Cope printed #ittakesone T-shirts that spoke out against sexual harassment, and the outpouring of support – from the musicians and fans who bought and wore them to the media coverage – was overwhelming. There there are the likes of Triple J and labels such as The A&R Department giving women rockers platforms to share their art and to be heard. One of those bands is The Buoys, who people should get to know quickly.

Comprised of Anthea (lead guitar), Ros (bass), Tess (drums), and Zoe (vocals/guitar), the Sydney quartet’s approach mixes gritty indie rock with poignant lyricism. In other words, they craft tunes that are like double-edged swords – sharp, edgy music with lyrics that will shred skin and pierce hearts. This is evidenced on “Arm Wrestle”. The song echoes the aforementioned Camp Cope with its grinding guitars, steady rhythms, and Zoe’s intimate vocals but brutally honest lyrics. Like her Melbourne cousin in Georgia McDonald, Zoe offers a gentle “fuck you” to the people who didn’t she “was good enough for you” as well as to the negative voices that fill her mind. Listen closely to her words because inside them is also a glimmer of hope.

This band is going places, so don’t be surprised to see them on festival posters across the planet in the next year or two.

So a mere 175,000+ people are fans of David August, yet we’re just getting to know him. The Berlin-based August has garnered a reputation for being one of the industry’s diverse and unpredictable DJs and producers. On the one hand, he can create acid-driven remixes that entrance and hypnotize. On the other hand, he can create bold, cinematic soundscapes in the Maribou State mode, as he does with “33CHANTS”.

Intoxicating is this tune. Other words to use are scintillating and astounding. August’s brilliantly marries fantasy with electronica, and the combination yields a tune that simultaneously enchants yet has one dancing in a trance under the dimly lit lights. Even if you’re not the dancing type, the smooth beats will induce rhythmic head nodding while the chiming guitar and August’s dreamy vocals will cause one’s heart to skip a beat. His lyrics, too, are a thing of mystical beauty, as he recalls hearing voices that “fill up his head”. This phrase exactly describes this song’s effect – one you’ll remember for a long, long time.

What’s a week without heading Down Under for a Triple J Unearthed artist? Granted, 18-year old Tilly Murphy’s project FRITZ is quickly emerging as an East Coast Australian favorite. Despite her youth and the fact that she should be studying, she”ll be playing at a few festivals in the coming weeks and months, including Yours & Owls in Wollongong and the inaugural Against the Grain Festival in Brisbane in November. Oh, she and her band mates – Cody Brougham Darren James – just performed at the BIGSOUND Showcase, which is Australia’s equivalent to the prestigious Reading and Leeds Festivals or like a miniature version of SXSW. Their star is illuminating more brightly these days, and it’s easy to understand why when they create infectious guitar-pop, as demonstrated on “Summer Holiday”.

Like Alvvays on a sugar rush, “Summer Holiday” is an upbeat, exhilarating affair that feels like, well, the onset of summer. The jangly guitars pop, the synths shimmer, and the rhythms burst like Rice Krispies (or Rice Bubbles as they’re called in Australia). Murphy’s storyline, too, echoes of the scorching, warm days, as she recalls a relationship that was and then wasn’t meant to be. Her lyrics are akin to a John Hughes movie, except there’s no happy ending this time. At least for now because FRITZ will be household names in no time.

The song is available on Bandcamp for the bargain-basement price of name your own, but please leave a tip.

RIYL: Protomartyr, City Calm Down, A Place To Bury Strangers

They’ve been described as “sleazy as hell” by Drowned In Sound, which for a shoegaze, post-punk outfit is complement. English quartet Vulgarians apparently agree since the description is the first thing one sees when reading the “About” section of their Facebook page. We cannot argue with the words, although we would prefer manically propulsive as demonstrated on their latest single, “Dead People Are Easier To Love”.

This tune is loud, raucous, intense, and fiery. It wails with the intensity of Protomartyr yet glistens with the doomgaze echoes of A Place To Bury Strangers. The guitar work is outstanding, as the riffs bellow like fireworks illuminating the moonless sky. The rhythms and the piercing synths, meanwhile, give the track its uneasy darkness, as each instrument throbs patiently in the background before exploding during the cathartic moments. All the while front man Ryan Wilson-Preen’s voice urgently hollers into the blackness, hoping that his message of wanting to belong and for someone to acknowledge his existence doesn’t fall on deaf ears. Is he one of the dead people who is easy to love? Or maybe his looking at us when he utters the words?

Vulgarians are Ryan Wilson-Preen, Jodie Smith, Connor Cheesman, and Luke Ellerington. Expect to consistently see these gents’ names on the lineups for Glastonbury, Reading, and Leeds over the next ten years.

We’ve been on Wharves‘ bandwagon for a little while due to one key reason – they are unpredictable. We know every song they’ll release with be upbeat and likely rocking, but in what form the song takes is the big unknown. They’ve channeled The Talking Heads, Editors, and Hockey Dad. This time around, they hit the disco-rock dance floors and channel their inner Arctic Monkeys.

Find some open space, get up, and get ready to dance and punch the air as “Mo’s Desert Clubhouse” blasts in your headphones or on your speakers. This track is off-the-wall contagious and a complete riot. Every element on the track is perfectly executed, particularly Mike Watson’s terrific guitar work and the slithery synths that cuts across the funky rhythms. Front man Matthew Collins’ vocals are delightfully sinister and suspenseful, as if he’s a character from The Rocky Horror Picture Show. His storyline has a similar quirky eeriness, as people gather in a secretive location for what will be their last dance party. Well if we have to go, it may as well be losing our marbles to an outrageously fun and delirious tune.

Wharves are Matthew Collins (vocals/guitar), Mike Watson (guitar), Scott Finch (bass), and Fraser Rojo Perrott (drums). They are arguably the best Australian band that the world has yet to discover. 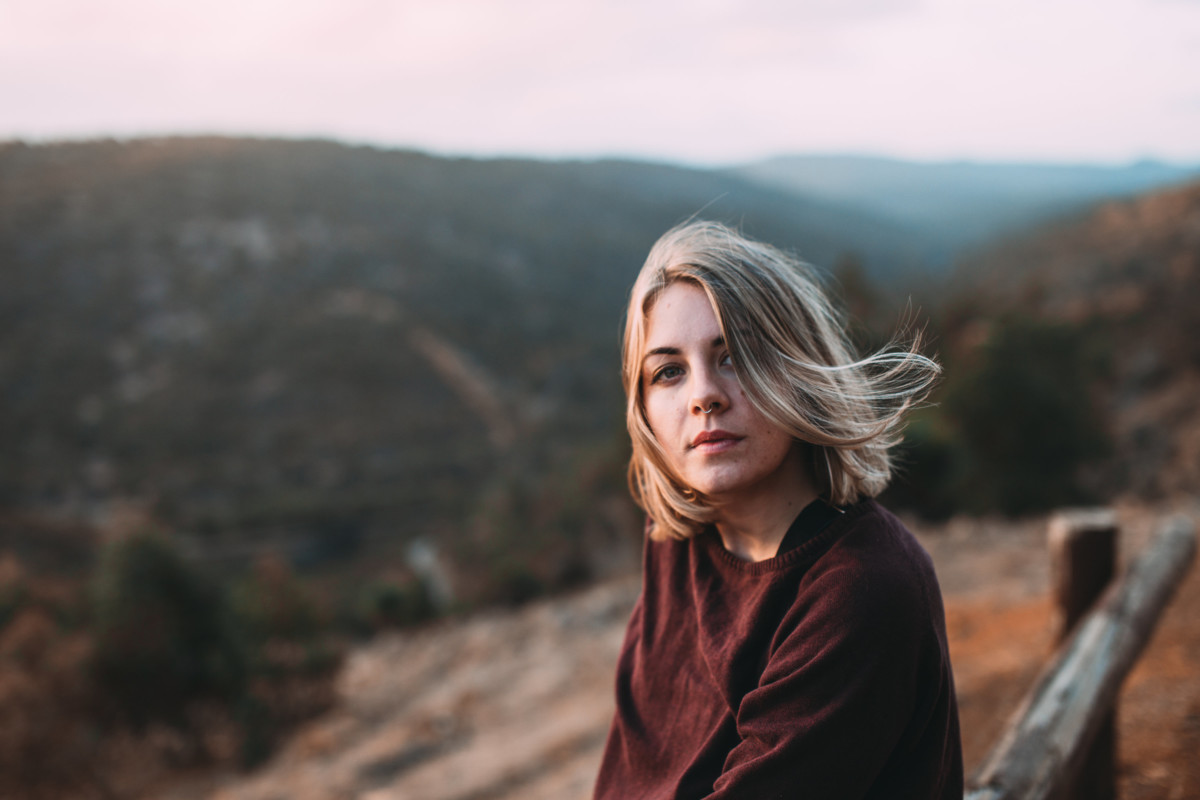 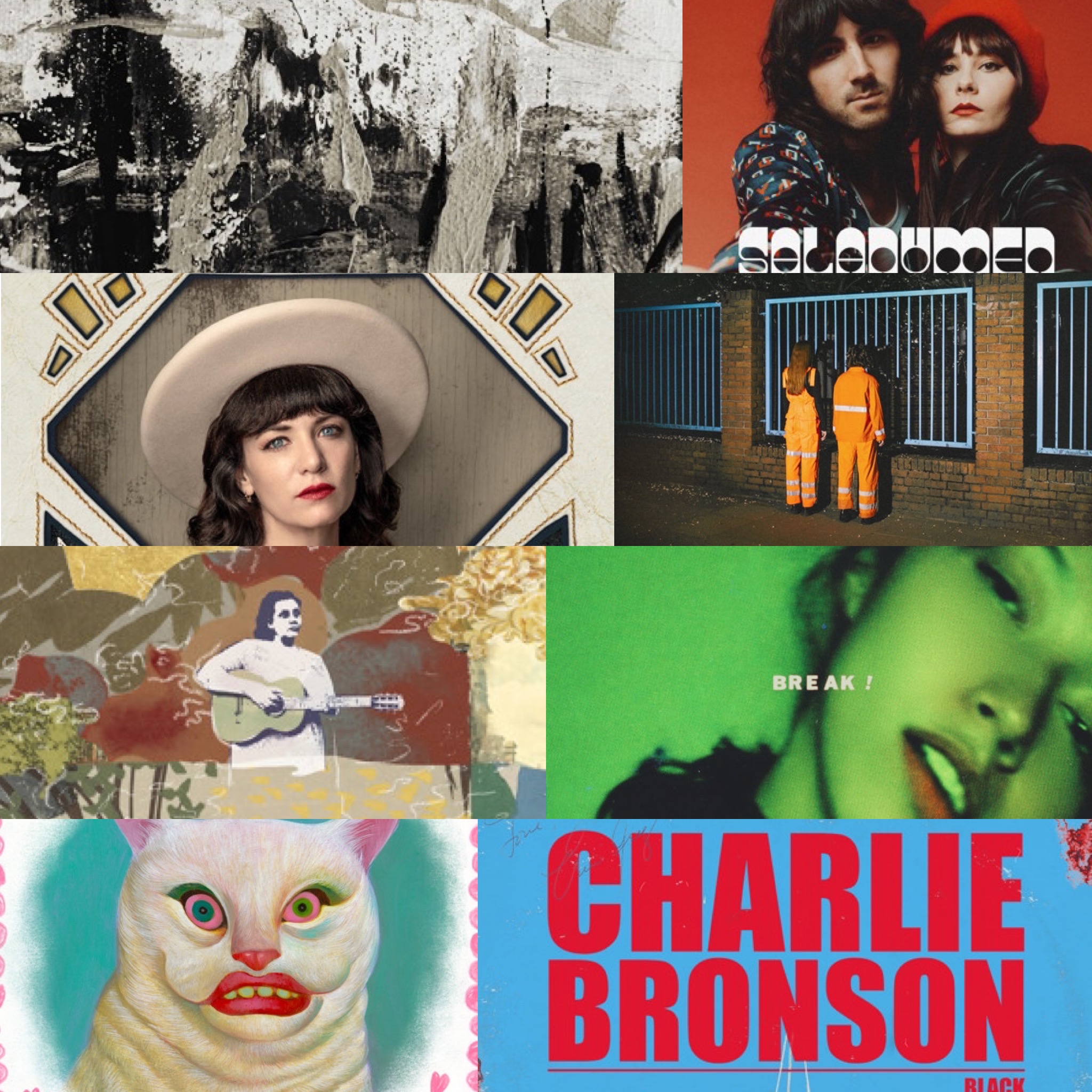