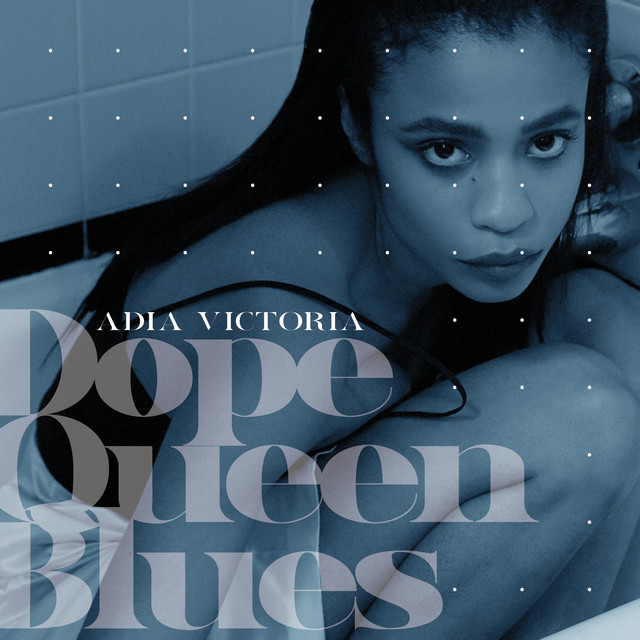 The Melodic Tonic ’18 October 3rd edition gets a boost from women: five of the six artists featured today are either solo females or bands with strong female talents. With so much focus in the news about women being heard and believed, it seems like a good time to remind everyone of the empowering strength of womens’ voices. 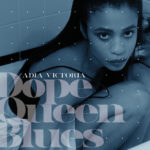 Leave it to Adia Victoria to deliver a surprise Song of the Year contender in her latest, “Dope Queen Blues”. The southern goth-Americana artist is a voice for her time and a future legend in the making. Songs like this – seemingly autobiographical – take you back to the days of your free-spirited (and possibly misguided) youth. This Aaron Dessner-produced tale about indulgence hits home for anyone who has ever avoided a bill collector’s call or skipped out on a bar tab:

“My landlord’s knock knock knockin’ on my door
Mr. Bill Collector’s callin but I don’t answer no more
I keep a pistol in my pocket
Got a dagger hidden in my vest
I’ve been dancing with the devil
Only trying to do my best”

When she sings about the “culmination of my ruination” and “the clock been tick tick ticking time away,” you can’t help but feel a kindred connection. She not only gets the everyday human struggle; she makes you feel less alone in yours. When times get tough, we all need a powerhouse talent like Adia Victoria reminding us that despite when it feels like “we are lost in vain,” at least we aren’t alone.

“Dope Queen Blues” is out now via Atlantic Records from these streaming and purchase links. 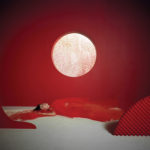 We have had a soft spot for IAN SWEET, the indie art rock project fronted by Jilian Medford, for a couple of years now. Last month we ooohed and aaahed over “Spit”; now the Los Angeles-based trio has us gasping for breath yet again with “Holographic Jesus.”

Let’s face it: hearing Medford sing nursery rhymes would be a heavenly experience thanks to her ethereal vocals. But that’s just the surface – window dressing, if you will. Once you get past the band’s hypothetical store front, you realize there are treasures awaiting your discovery. And on this tune, some of those treasures include lush, shoegazey textures created by her bandmates Simon Hanes (bass) and Max Almario (drums). This is a highly addictive track, so be warned. You probably won’t want to do much else besides keep this on repeat as Medford lulls you to a blissful place for five minutes.

Do yourself a favor and grab their upcoming LP, Crush Crusher. The good folks at Hardly Art Records will release it October 26, so pre-order it now from Bandcamp, iTunes, and the label’s online store. 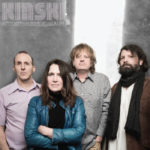 When a band passes its 20-year mark, one thing becomes inevitable: a new generation of fans will hear them for the first time. For this reason alone it seems appropriate that Seattle-based indie rockers Kinski are calling their newest single “Kinski 101”.

What better way to make a first impression on new listeners than with scorching indie rock cranked all the way to 11? That’s exactly the kind of kaleidoscopic experience awaits with this banger.

Fans of powerhouse instrumental bands (Mogwai, Maserati) expect and appreciate when a progressive band lays out varied textures. Anything less quickly bores listeners. Anyone who has listened to Kinski in the last two decades knows the sonic rewards this band dispenses on each album. The dynamic depth they display here means their forthcoming Accustomed to Your Face LP should find its way onto the Best of 2018 lists from critics, longtime fans and new fans alike.

Accustomed to Your Face arrives October 12 via Kill Rock Stars with pre-orders from the label and Bandcamp.

Another artist with a multi-decade career is Swedish hip-hop pioneer Neneh Cherry. It’s hard to believe her debut single (“Buffalo Stance”) released nearly 30 years ago. But when you listen to her new single, the maturity in her voice and style is beyond impressive.

“Shot Gun Shack” features a smooth downtempo beat that you expect from an artist who previously worked with Massive Attack. In fact, this tune is produced by Massive Attack’s 3D along with Four Tet.

But also present is a sense of urgency in her lyrics. Gun violence is just one element affecting modern society’s demise. In response, Cherry uses her voice as a weapon of protest and warning:

If you aren’t already familiar with this passionate talent, dive into her entire catalog after you spin this. Then grab her new album, Broken Politics, when it arrives October 12 from Smalltown Supersound. You can pre-order it from Bandcamp. 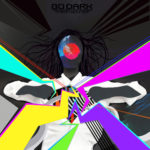 How do you describe Go Dark in a way that captures their essence – their fierce, intense, otherworldly synth-punk and hip-hop edginess – using stale, cliché terms? A sound this fresh calls for equally inventive words, but sadly the English language fails to deliver. That’s OK, since this California duo blaze with pure solar heat on “Violetest Red.”

Comprised of singer Ashley “Crash” Gallegos and Adam “Doseone” Drucker, the soundscapes they create as Go Dark aren’t necessarily brooding punk of the snarled lip and raised fist stereotype. Instead, their music operates on a higher plane that appeals to cerebral warriors. The grittiness of “Violetest Red” drives home a subtle empowerment that will energize anyone who seeks to combat societal ills, with infectious grooves. Who says you can’t dance while taking down the patriarchy? With an anthem as catchy and euphoric as this one, why would you need to listen to anything else?

Look for the band’s official debut, Neon Young, when Bella Union releases it next January. Pre-orders are available from the label. 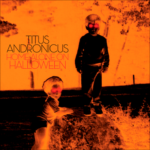 Now that October has arrived, it’s time to ponder all things spooky. We weren’t expecting new music from Titus Andronicus since their most recent album, A Productive Cough, arrived earlier this year. But the three-song Home Alone on Halloween EP is a seasonally appropriate addendum to that album.

And lest you think three songs does not a proper EP make, consider the final track and its nearly 17-minute length. Queue up this one for some bone-shaking indie rock fun.

A Productive Cough released in March and is out now on Merge Records while the Home Alone on Halloween EP arrives October 5 with pre-orders from the label and Bandcamp.

The band’s American Rock Band tour kicks off next week in Connecticut and wraps November 3rd in Brooklyn. 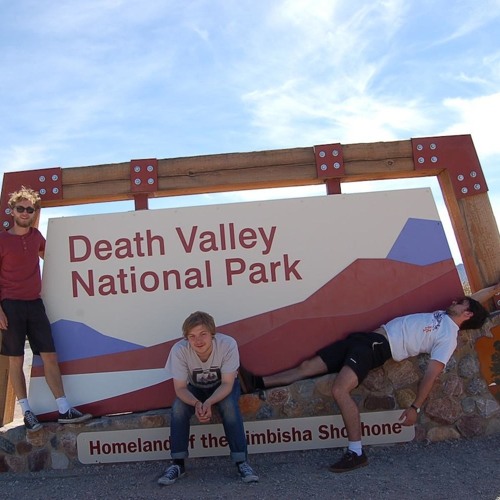 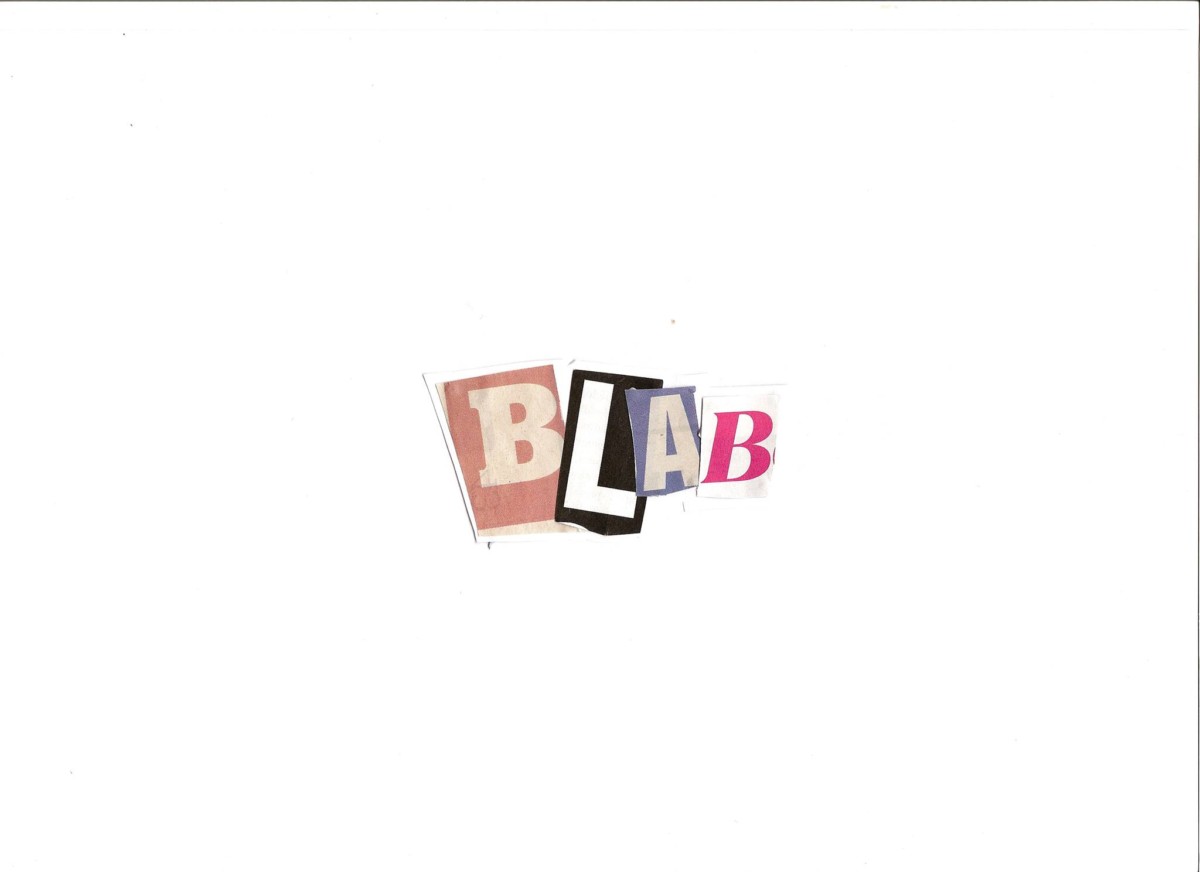 BLAB – “Everything is everyone else’s fault” EP