With a doubleheader on tap today, the descriptions are tighter, which is not necessarily a bad thing. The Matinee ’18 October 23rd – Part 1 edition features thunderous tunes, emotional roller coasters, spine-tingling mysteries, and boisterous anthems. Sit back, put the headphones on, and enjoy these six tremendous songs. Afterwards, discover more great music with Part 2.

From the label that brought us Kraków Loves Adana, Wy, and Vegas, Better Call Rob Records have introduced another gifted singer-songwriter who makes the beautiful crippling and the intimate spectacular. Ebba Salomonsson is her name, and Benz is her project.

With her new single, “The Smile”, Salomonsson delivers a spellbinding track that is akin to hearing Lykke Li taking a turn towards ’70s dream-pop. Her soothing vocals effortlessly glide over the piano- and synth-driven melody, as she recalls the moment of “the smile she gave to me”. It is a love story set in times when such relationships were forbidden – times when two people had to love in secret. The song, the story, her voice are all gorgeous. While we don’t know if she adopted her name after the luxury, German carmaker, her music has the same effect as seeing an E-Class Cabriolet drive by – simply “Wow!”

Salomonsson’s debut EP, Erazor, will be released next spring. Better remember her name now because she is on the verge of indie stardom.

Black Doldrums – “There Is No Eye” (London, England)

There is only one word to say about Black Doldrums‘ new single, “There Is No Eye” and that is EPIC! Capitalization is intentional because this hammerhead of a proto-psych-rock tune is outrageously awesome. Adding to the impressive nature of the track is that this wall of noise is not created by a four-, five-, or six-piece band. Instead, singer and guitarist Kevin Gibbard and drummer Sophia Lacroix are behind this bone-jarring, ear-splitting number. How two people can create this massive tidal wave of sonic radiance is beyond our comprehension, but at the end of the day it doesn’t matter. The things that are relevant are the reverb-drenched, grueling guitar which echoes Black Rebel Motorcycle Club and the thunderous percussion that is Lars Ulrich-esque.

While the song runs for over 7.5 minutes, it, like a great night out, flies by, and the only thing to do is hit replay and experience it all again. And again. Continue to this until November 30th, which is when Black Doldrums’ new EP, Sad Paradise, is released on Club AC30. Pre-order the record here.

Calliope Musicals are one of the great live bands around. Every single one of their shows is a riot, where the band often joins concert-goers on the floor or vice versa. Their tendency to make their performances into an interactive affair has made their staples of the Austin live-music scene, which says a lot about their talent. We cannot forget, however, that the collective also create pretty awesome music that can be carnival-esque, poppy, or, as is the case with “Cosmic Poison Arrow”, wonderfully hallucinating.

Like Arcade Fire teaming up with The Flaming Lips, “Cosmic Poison Arrow” is an intergalactic, psychedelic-pop marvel. It’s like taking a wild trip inside a black hole with Wayne Coyne’s bubble ball being our mode of transport. Even co-front-woman Carrie Fussell’s The Twilight Zone-esque story is bizarre, as she recounts the experience of “slipping through time, where the something means the nothing, where no sun light touches”. This is, according to her, the “unnatural order”, where the strange is beautiful and the perplexing is extraordinary.. If her words don’t through you down the rabbit hole, then the swirling psychedelic-disco-carnival will. We have to say it – this song is amazing and one of the year’s most entertaining if not most sensational.

At long last, one of our Artists to Watch in 2018 (and 2017) has released her first single of the year, and Keeva rewards our patience with a knee-buckling heartbreaker. The song is “The Kindest Thing”, and it isn’t by any stretch of the imagination a song about lust or love. On the contrary, it is the sweetest “fuck off” song you’ll hear all year if not this decade.

Featuring predominantly her gorgeous voice (which she later loops in multiple ways) and an acoustic guitar, Keeva is able to create a soundscape that sounds like a stunning dream from which one does not wish to awaken. But when she speaks the words, “The kindest thing that you ever did was leave”, you immediately realize this dream is a nightmare for the talented singer-songwriter. This is Keeva sharing her pain and tears with us after discovering that her long-term boyfriend (who is now a former partner) has been cheating on her. Although there is tremendous sorrow, the London-based artist still finds a way to make something extraordinarily beautiful.

The song is taken from Keeva’s long-awaited debut EP, Four Sad Songs and a Ballad, which is out this Friday, October 26th.

The Limiñanas are one of this century’s great psychedelic-rock bands, and yet they continue to fly under the radar. Maybe it has to do with them living in France or possibly because the majority prefer their generic pop, but Lio and Marie Limiñana still should be better known and recognized. At least Anton Newcombe, the man behind The Brian Jonestown Massacre, acknowledges their greatness, as he’s collaborated with them on a few tracks. Maybe this is the year that the couple truly break out, and their newest single, “Russian Roulette”, will be at the forefront of their explosion.

The song is sublime psych-rock that beckons from the time when The Doors were the unrivaled psych gods (OK, Pink Floyd fans would disagree). It is trippy yet infectious and cool yet quietly blistering. To experience it in its totality requires you to close your eyes and allow your body to freely move. Dance sultrily in the night, spin under the glow of a disco ball, or simply float in thin air that surrounds you. This is the effect that “Russian Roulette” has on all those who hear this track. Lio’s words, too, are dizzying, as he explains how the world has gone crazy and where we are now playing a game of Russian roulette with ourselves. And eventually, our time will come.

The Limiñanas’ new album, I’ve Got Trouble in Mind vol. 2, drops November 16th via Because Music. This should be awesome.

Two-and-a-half years ago, a young woman from Montana made us go “Whoa!” when she released “Monster in a Human Suit”. Her name is Maiah Wynne, and at the time she was only 19 years old and armed with just her acoustic guitar. Fast forward to October 2018, and Wynne has is now accompanied by a full band and a string section. The result is exactly what you expect and then some.

Akin to when Sharon Van Etten turned up the intensity and darkness, Wynne delivers a cinematic beauty with “Sleep”. It is rich and complex, breathtaking and engrossing, as Wynne’s lithe vocals glide through the beautifully brooding soundscape. As the rhythms throb and the strings sear, Wynne shares a chilling tale about people suffering with chronic sleep disorders. Their world is a living nightmare, where the night haunts their minds. “Get out of my head, get out of my soul”, she lushly sings. This song, too, will haunt you, but you’ll embrace it instead of trying to escape from it. Hopefully, the rest of the world will embrace Wynne and acknowledge her incredible talent. 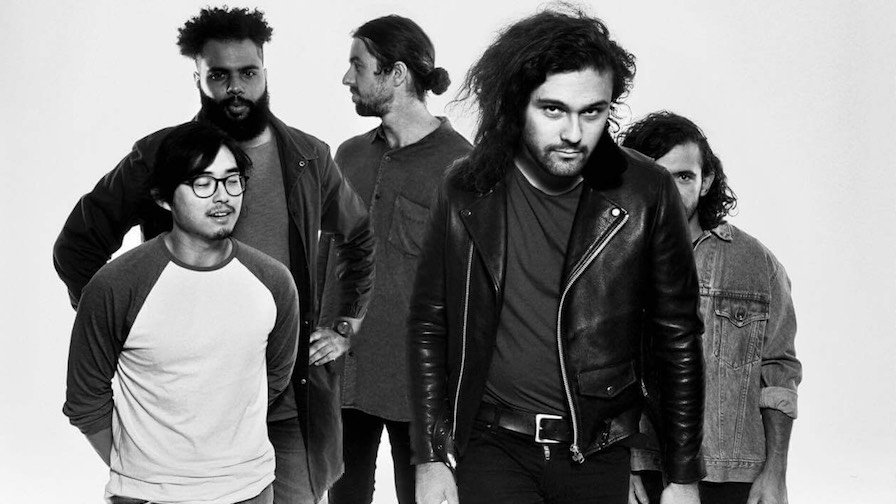 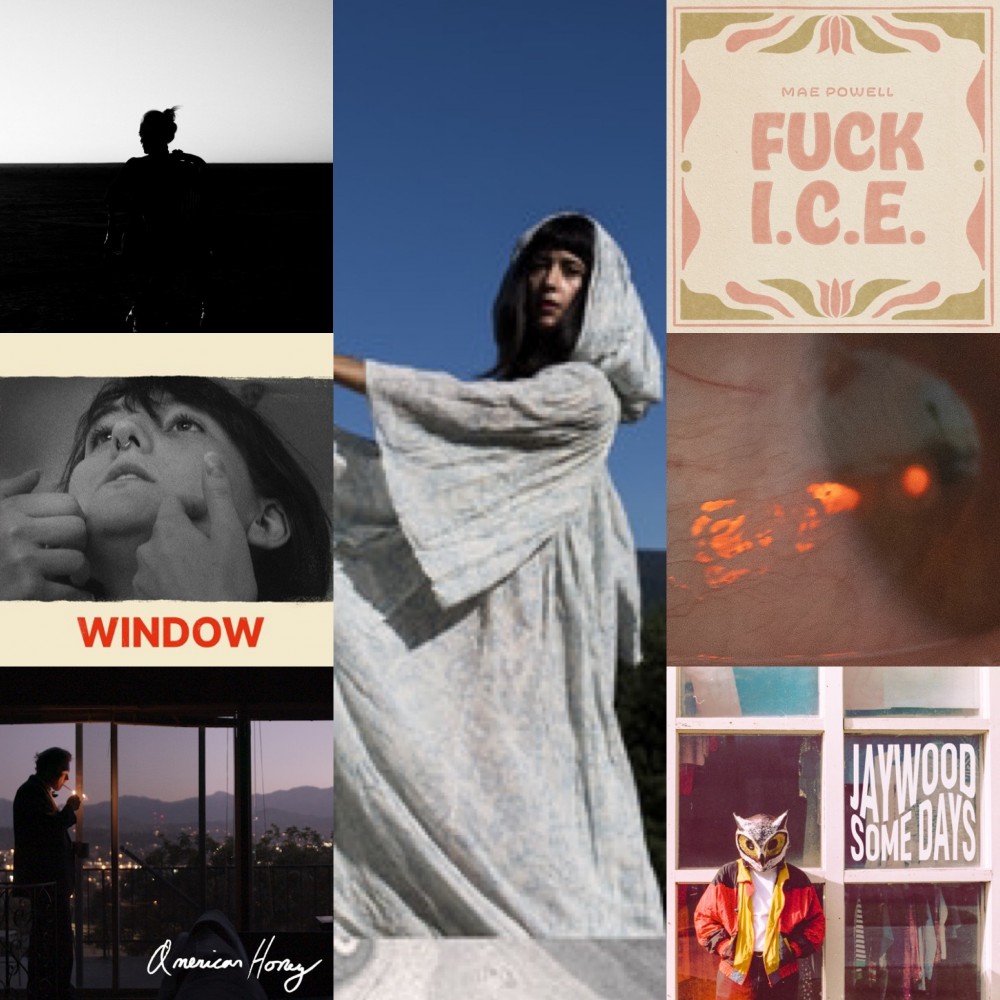 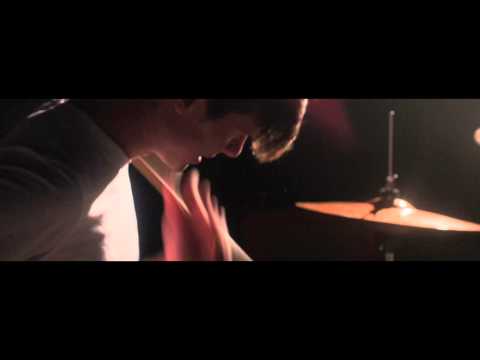