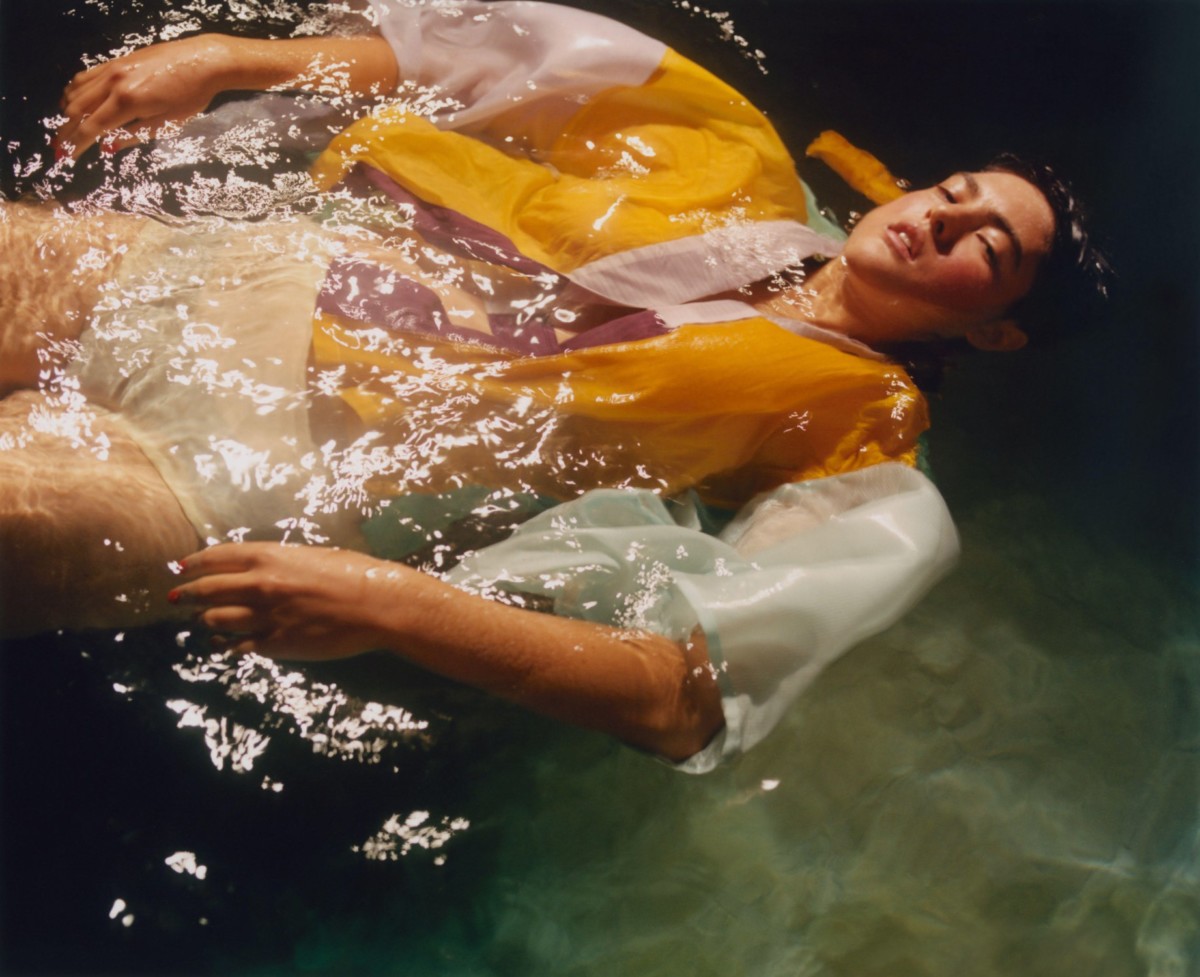 Stardom has been in Miya Folick‘s future since she released her debut single, “Talking With Strangers”, which revealed her awe-striking, wide-ranging vocals and poignant and gut-wrenching songwriting. Over the past three years through the release of more than dozen singles and two outstanding EPs – 2015’s Strange Darling and 2017’s Give It To Me, which was one of last year’s most outstanding records – she’s made her growing fan base dance and reflect on their place in the world. She’s also made them to be empathetic and remember their own times of immense vulnerability. She has moved people in ways very few artists have, and the arrival of her debut album, Premonitions, further expounds why Folick is one of the great, young singer-songwriters of her generation.

The album fittingly opens with the seismic and devastatingly beautiful “Thingamajig”. As her voice loops in the background and the tingle of soft keys hum in the background on this solemn, melancholic ballad, she makes an apology for a grave mistake she made. Her words are emotional and powerful.

“Premonitions”, Folick gradually unveils the song’s beauty. Commencing with a gentile, breezy approach, the song feels at first like a Sunday drive out into the country. At the tail end of the trip, it arrives at its most scenic and breathtaking point, which is where Folick’s voice reaches angelic proportions and the soundscape bursts into an array of colors. But through the beauty, there is darkness, and the Los Angeles-based singer-songwriter demands those close to her to “don’t make it easy on me /  don’t make me slide”.

As easily as Folick rips out hearts, she also can exhilarate and make listeners lose themselves in different ways. A touch of old-school soul and R&B floods through the toe-tapping “Leave The Party”, which is a celebration of oneself. A sense of desperation erupts on the anthemic and let-your-hair-down “Freak Out”. Bubbly synths, tickling guitars, and poppy rhythms ring through on the fun and dance-inducing “Stop Talking”. It is a light-hearted tune, on which Folick encourages her friend to “stop talking about that boy” and move on with her life. To pick herself up and stop “talking about the idiosyncracies of an obvious fool” and instead wallow the night away with her friends.

She goes further down the synth-pop path with the majestic, ’80s-influenced “Stock Image”. Instead of a club-friendly tune, however, the track is made for spinning in the company of friends or under the bright light of the full moon. As her lush vocals soar, she explains that one’s true beauty and self exist from within and not what is seen on the outside.

And it is these stories about everyday people and messages of keeping faith in oneself without being too preachy is what makes Folick stand out from the pack. On the lovely “Baby Girl”, for instance, Folick reflects on the moments with a younger sibling, such as “lying on the bathroom floor
/ laughing our heads off”. There is, however, an air of mystery, as she refers her as “dark of night”.

It is on “Deadbody”, however, where Folick truly shines. The harrowing indie-rock approach creates the perfect atmosphere for her emotional tale. As the instrumentation slowly intensifies around her, Folick’s voice becomes harsher and more menacing, but her words are her sharpest weapons. She directs her rage at the person who took advantage of and used her. She targets the person who “poured her coke and vodka“, told her “baby be nice”, and then tried to buy her silence. Folick, though, like many others, will not be quiet. She will use her platform to tell her #MeToo stories and, more importantly, give other individuals and herself strength.

“I need you to know that I’m not too proud of this.
My strength lies within my gentleness.
And I’m already hurt so now I don’t have to hide.
And I hold all the heads of my brothers and sisters high.
Don’t want your money for my silence,
I don’t care who knows my name.
Don’t tell your friends that I’m a liar to convince them I’m insane.
Over my deadbody!”

As Premonitions exhibits, Folick has done something extremely rare in today’s music. She has offered hope and encouragement to those who have fallen on tough times. She has unmasked the individuals and institutions who make people feel like valueless objects. And more importantly, she has given the powerless and the downtrodden a voice. Folick isn’t just another artist with a great voice. On the contrary, she is everything she appears and sounds – an unstoppable force who is destined for greatness. Correction, she has achieved greatness with Premonitions.

Premonitions is available now via Interscope Records and on the usual streaming/purchasing sites. Alternatively go directly to Bandcamp to support this incredibly gifted, young artist. 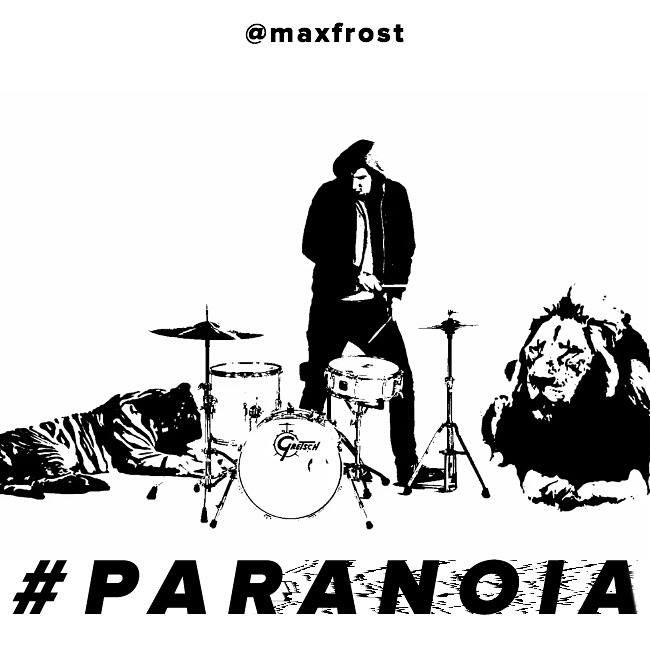 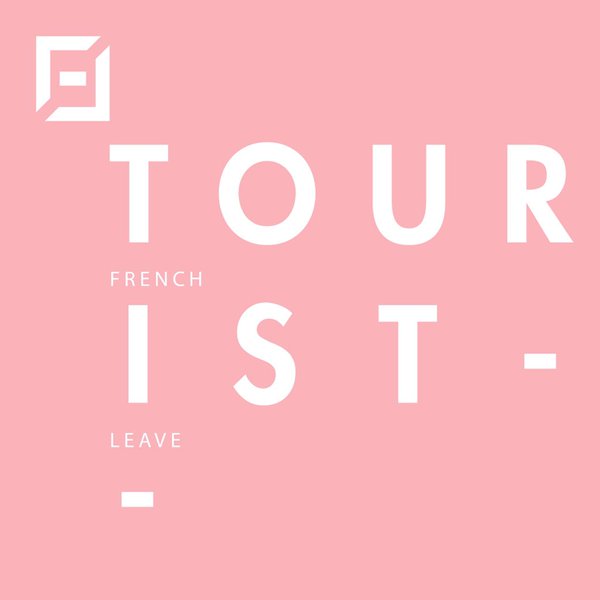