Nearly seven years ago, Eliza Shaddad introduced herself to the music world armed with just an acoustic guitar and a set of intimate songs. The woman with the Master’s in Philosophy was heading down the well-worn path traveled by hundreds of thousands before – trying to maneuver her way through the swell of similar, folk-driven singer-songwriters. Although her first two EPs, 2012’s January – March and 2014’s Waters, were well-received, she changed course and entered new territory. Collaborations with producer UK Shanty and electronic outfit Clean Bandit opened her mind to new possibilities, and they eventually helped born her 2016 Run EP. The extended player was a breathtaking spectacle of soaring indie rock and alt-folk, and it was simply memorable.

Two-and-a-half years have passed since Shaddad’s third EP, and she slowly released new material in that time . Finally at the end of October, she unveiled her aptly-titled, debut album, Future. The LP sees the London-based artist continue to deliver widescreen, cinematic marvels while also traversing new territory. The result is one of the year’s most complex yet rewarding and awe-striking LPs.

Opener “White Lines” builds on the majestic cinema of Run. Shaddad’s engrossing vocals are at the forefront, as they gently hover above the soft rhythms and the breathtaking melody. As the song progresses, her voice intensifies and suddenly the atmosphere transforms from one of serenity to racing down the M1 at 100 mph. The tune soars just as Shaddad proclaims how “if I were brave and true I can drop straight into the future”. This seems as if Shaddad is telling us she is diving headfirst into the great unknown.

A grunge-y vibe echoes on the dark yet enchanting “My Body”. The chiming guitar, the deep and heavy rhythms, and Shaddad’s hovering vocals create a world that feels like the afterlife. It is here where she describes how temptation constantly “plays on my mind” and where she struggles to control her own urges. She battles everyday from repeating mistakes and allowing her body to control her choices.

“I hang my head over the edge,
As if I could wave away the worst of all the things I’ve said.
I’m still aware it could bring me down.
I need to find a way to forget somehow.”

Bleaker and more brooding is “Are You There?”, which infuses the Goth-rock of The Cure with the stirring intimacy of Emma Ruth Rundle. As the languid, solemn guitar rings in the background and the rhythms subtly throb beneath, Shaddad admits she deserves to be alone and left pondering if the one she pushed away will return.

Shaddad, however, does showcase a different side to her, offering more light and brightness into her sonic realm. R&B and dream-pop are fused on the shimmering “Slow Down”, which is the perfect tune for a nightcap. She is almost unrecognizable on the lithe pop anthem, “Daydreaming”. Jittery rhythms and a crystalline guitar fill the air, and they set the stage for Shaddad’s confession of being stuck in neutral.

“Because I’m beginning to regret it.
I don’t know if I’ll do it all again,
And I’ll never stop daydreaming about how goody-good I’ve been.
So I guess it’s fair to say that I play the losing game,
Now will I ever be free?”

Even on “This Is My Cue”, which echoes The Cranberries’ brooding brilliance on No Need To Argue, light and darkness collide to forge a song that is illuminating yet bleak. Like the late Dolores O’Riordan, Shaddad’s gorgeous voice is suffocating while her vulnerable lyrics are knee-buckling. Her story about “seeking reason” and finding a way pass the monsters that exist insider her is gripping. Meanwhile on the subdue and ’80s-inspired “Just Goes To Show”, Shaddad, through the steely brightness of the crystalline guitar, describes the pain of the one who has been left behind. As she wistfully sings:

“I hear you saying that it’s time to go,
But I’m begging you to take it slow.
Can’t you see that I’m trying to lose control of everything I know.”

In the end, though, Shaddad returns to the night, and on “Your Core” she goes into the deep depths of the black abyss. The grueling, spine-tingling approach reflects the emptiness that exists within one’s heart and mind. She also comes back to where it all began on “(To Make It up to You)”. It’s a quiet, simple number but beautifully executed. As Shaddad finger-plucks her six-string guitar, she, through her whispery vocals, shares the lessons and mistakes of her past as well as seeks forgiveness. It is a little pep talk to herself in which she hopes that everything “will all be o.k.”. On the paths that she has traveled and those that she has yet to walk, everything will be more than o.k. On the contrary, Eliza Shaddad’s future is only getting started and it will be extraordinary, much like her debut album.

Future is out on via Beatnik Creative. Shaddad has a handful of dates scheduled across Europe between November 26th and December 15th. Dates and information are here. 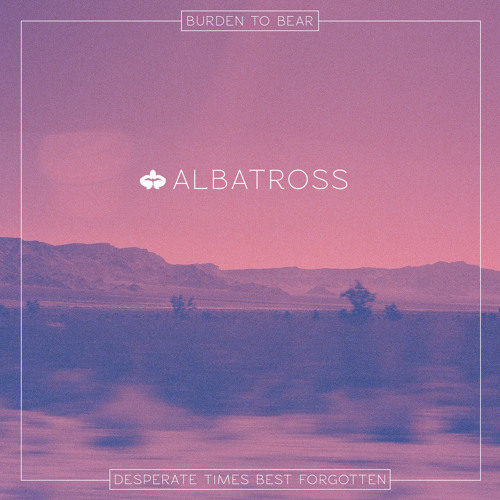 Euphoria Festival 2017 – What it is and Who to See