The Matinee ’18 November 1st is filled with new music from long-time and more recent favorites, including two of our favorite discoveries of the year. There are some robust rockers, haunting and breathtaking ballads, and some groovy and even quirky numbers. We kick things off, however, with a surprise double feature from one of Scotland’s most outstanding bands.

2018 has been one heck of a year for Young Fathers. It started off with the release of their third album, Cocoa Sugar, which is one of the year’s top-three albums. Then in early September, the trio were awarded the prestigious SAY Award, which goes to the Scottish Album of the Year. This was actually their second win – the first was for 2014’s equally impressive Tape Two. To end the year, Alloysious Massaquoi, Kayus Bankole, and Graham Hastings offer a little gift with a split single release.

One of the songs – “Border Girl” – is from the album, but has been edited and amped up into a groovy, trippy, and sultry number that will leave every head bopping. The second track is “Cocoa Sugar”, which was not on the album despite its name. At first, it seems like a change-of-pace for the band, as the intro features a fairy tale-like alt-pop melody. But then the Young Fathers’ cinematic flair kicks in, and the song transforms into a prism of delirious sonic colors and cascading vocals. It’s a stunning tune and a beautiful tribute to an “illuminating grace” that held a special place in the band’s hearts. This incredibly gifted and inventive band will hold a special place in all music fan’s hearts. They are

The split single is out on Ninja Tune. Download and streaming options are available here.

For most of their career as Cathedrals, Brodie Jenkins and Johnny Hwin delivered breathtaking synth-pop. Songs like “With You” and “Don’t Act Like a Stranger” were intimate and sensual affairs. However with “Just a Game”, the duo reveal they can enter the darkness and still release a jaw-dropper.

“Just a Game” just might be Cathedrals’ most brooding tune. It also might be their most complete effort to date. The deep throbs of the percussion and synths immediately grab hold and take you into the darkest corners of your mind. As the crystalline guitar arrives, Jenkins’ voice blossoms from a vulnerable radiance to a gorgeous, siren-like explosion. This extraordinary moment is repeated two more times, and all you can do is sit with your mouth agape and be in awe. If you’re like us, you’ll want to relive this spectacle over and over again.

COTE – “Meet Me In The Morning” (Brooklyn, USA)

It is beyond our comprehension as to why Taryn Randall’s project COTE still hovers below the radar. Since arriving on the music scene two years ago with the Fleetwood Mac-esque “London”, she has consistently put a spell on us with her classic sound and exquisite songwriting. Maybe that’s part of the issue – she’s creating music from a bygone era and that includes writing thoughtful stories. Hopefully one day more people will recognize her talent and a label will take a chance on her like they did with Julia Jacklin and Phoebe Bridgers. Here’s hoping that “Meet Me In The Morning” is what breaks the ice.

Like everything Randall has done to date, “Meet Me In The Morning” is a song of impeccable beauty. The sounds of late ’60s Laurel Canyon is fused together with the contemporary alt-folk that is coming out of Ireland. The result is a tune that is nostalgic but refreshing, inventive yet familiar. A song that will put a smile on your face for his laid-back vibes and Randall’s relatable lyrics about moving on and breaking down the barriers before us. “Meet Me In The Morning” is simply timeless and in another decade would be considered an instant classic.

We’re not the first ones to latch on to the furious alt-rock / post-punk mix of Dead Naked Hippies, but we can say they’ve been blowing our ears for more than two years. Lucy Jowett, Joe Clarke, and Jacob Marston are throwbacks to the age when ferocity was celebrated and hundreds of people gathered in tiny confines to experience the energy of the young band on stage. Maybe we’ll return to those days again, and a track like “Young Male Rage” certainly will aid the cause.

In short, “Young Male Rage” is a face-melting, unrelenting wave of post-punk fury. There is not a second of reprieve, not even in the opening notes. The drums are propulsive, the bass line is wall-shaking bass, and the guitar riffs are ear-splitting and air-guitar worthy. Jowett’s vocals, meanwhile, wail above it all, and her screams shake you to the core. This happen not only because of the aggressive tone in her voice, but also due to the message she delivers. She’s essentially giving two middle fingers to the misogynist ideals and norms that still permeate our society. But as Jowett demonstrates, women, too, can holler loudly, rock as hard, and be the voice of change.

Here’s hoping the trio will deliver a new album in 2019, so that they can lead the much-needed transformation our world needs.

Two of indie’s most charismatic artists are about to head out on tour together and doing something that only they could imagine. As Heart Bones, Sean Tillmann, the man and the myth behind Har Mar Superstar, and Sabrina Ellis, the energetic and entertaining front woman of A Giant Dog and Sweet Spirit, will be performing songs from the Dirty Dancing soundtrack. Yes, you read that correctly – they’ll be reviving the love songs of the romantic film that made tens of millions of women and men swoon (and believe they, too, could dance) some thirty-one years ago. Their rendition of “(I’ve Had) The Time of My Life” should be memorable.

In addition to resurrecting the classics, they’ll likely add some material from their own discography plus new tunes, like “This Time It’s Different”. You will be forgiven in thinking the track is from the film’s soundtrack because the synth-pop vibe is straight out of the ’80s and the storyline and lyrics could represent the moment when Baby (played by Jennifer Grey) and Johnny (Patrick Swayze) get back together. What makes this smile-inducing, shoulder-shimmying track Tillman and Ellis-esque is how they throw gender norms out the window. Tillman plays Baby while Ellis is Johnny, and the role reversal makes you realize that no matter who you are you’ll experience the same emotions associated with the love and heartbreak.

Dates and information regarding the duo’s tour are on Har Mar Superstar’s website. Given the pair’s shared love of dancing, expect them to reenact some of Swayze and Grey’s moves.

While a lot of psych bands these days attempt to replicate the disco-pop vibes of Tame Impala or the frenetic pace of King Gizzard & The Lizard Wizard, Michigan outfit Heaters revive the music of yesterday. From The Doors-esque “Levitate Thigh” to The Brian Jonestown Massacre-influenced “Cap Gun”, the four-piece have become psychedelic-rock revivalists. This isn’t to say they are stuck in a time warp, as they will unleash a Ty Segall-like rocker or a frenetic whirlpool a la King Gizzard. They, however, do their best work when they get nostalgic, such as on “Highwind”.

The song is one of the calmer and more serene tracks Nolan Krebs, Joshua Korf, Ryan Hagan, and Ben Taber have released. There are no flame-throwing, epic guitar riffs nor jackhammer-like rhythms. Instead, the soundscape is peaceful and graceful, yet it is trippy and delirious. It feels like a gentle glide through the solar system, where time and space are our friends and the bypassing planets and asteroids are our company. So if the skies are clear where you are tonight, spin this song and be taken on a little cosmic adventure.

The single is out on Beyond Beyond is Beyond Records, who will also release the band’s forthcoming new album, Suspended Youth. It’s out tomorrow and available for purchase on Bandcamp.

Lightfoils – “This Time Is Up” (Chicago, USA)

We might need to dedicate Thursdays to shoegaze because we tend to share at least one Doc Martens-staring tune. One of our favorite discoveries of the year has the honors in giving us what we desire.

With “This Time Is Up”, Lightfoils serve up a delicious menu of shoegaze. Yes, menu not just a dish because the Chicago-based quartet touch of three different sides of the genre. The first half is the adrenaline-rushing, urgent sound waves that bands like Jesus and The Mary Chain dabbled in. As it builds, it features the electrifying and dreamy mix that current shoegaze bands like No Joy and Trementina have mastered. The quartet then do the unexpected. Instead of building to a fiery and anthemic finish, they slow the song way down. The ending is dreamy and lush a la, well, Lush, and it leaves you in a state of complete satisfaction. It is the perfect ending, where if the planet was to implode then this is the way to go out.

Swedish indie-pop band Melby have established a reputation for creating immensely dreamy and captivating songs, such as “Reject” and “Human”. They are, in other words, the Swedish version of Alvvays – until now that is. On their latest single, “Overthinking”, they set aside the dream-pop approach and enter the land of Belle and Sebastian-esque chamber pop. And it’s wonderful.

“Overthinking” is a light, bouncy, and internally euphoric tune. The quick stuttering drums and bubbling bass line set the lighthearted tone while Are Engen Steinsholm shares the vocal chores with front woman Matilda Wiezell. Their chemistry and how their voices complement one another are akin to Stuart Murdoch and Sarah Martin, and, as a result, magic results on this smile-inducing tune. Even the lyrics, where the two declare the undying love to one another, will have you grinning from ear to ear.

The Matinee draws to a close with another one of the year’s great discoveries. Norwegian trio Spielbergs blew us away earlier this year with the frenetic and urgent garage rock and indie rock, and their debut EP, Distant Star, is one of the year’s great rock records. Since its release, Mads Baklien (guitar/vocals/synth), Stian Brennskag (bass), and Christian Løvhaug (drums) have been riding a tidal wave of support and strong reviews. Now, they are getting to release their debut album, This Is Not The End, on February 1st, 2019 via By The Time It Gets Dark. The first single from the LP is another high blood pressure-inducing anthem.

“4AM” is a massive wake-up call both in sound and in its message. It’s like fifty alarm clocks going off but instead of putting them on snooze you get up off your feet and feel alive. The throbbing rhythms and the searing guitar establish the song’s desperation while the glimmering hums of the synth send the track to the skies. Baklien’s vocals, meanwhile, boom through the massive wall of feedback and deliver a message of survival and perseverance. It is a message of picking oneself up even if “the ground is sinking” or if one is “unable to shake that feeling” that the world is about to end. But as Spielbergs demonstrate, there is always hope. There is always something that will light a fire inside us all.

Pre-order This Is Not The End, at the label’s store or on Bandcamp. 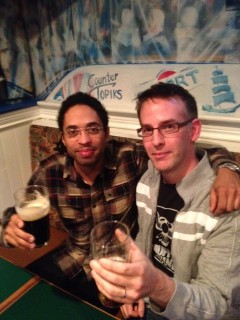 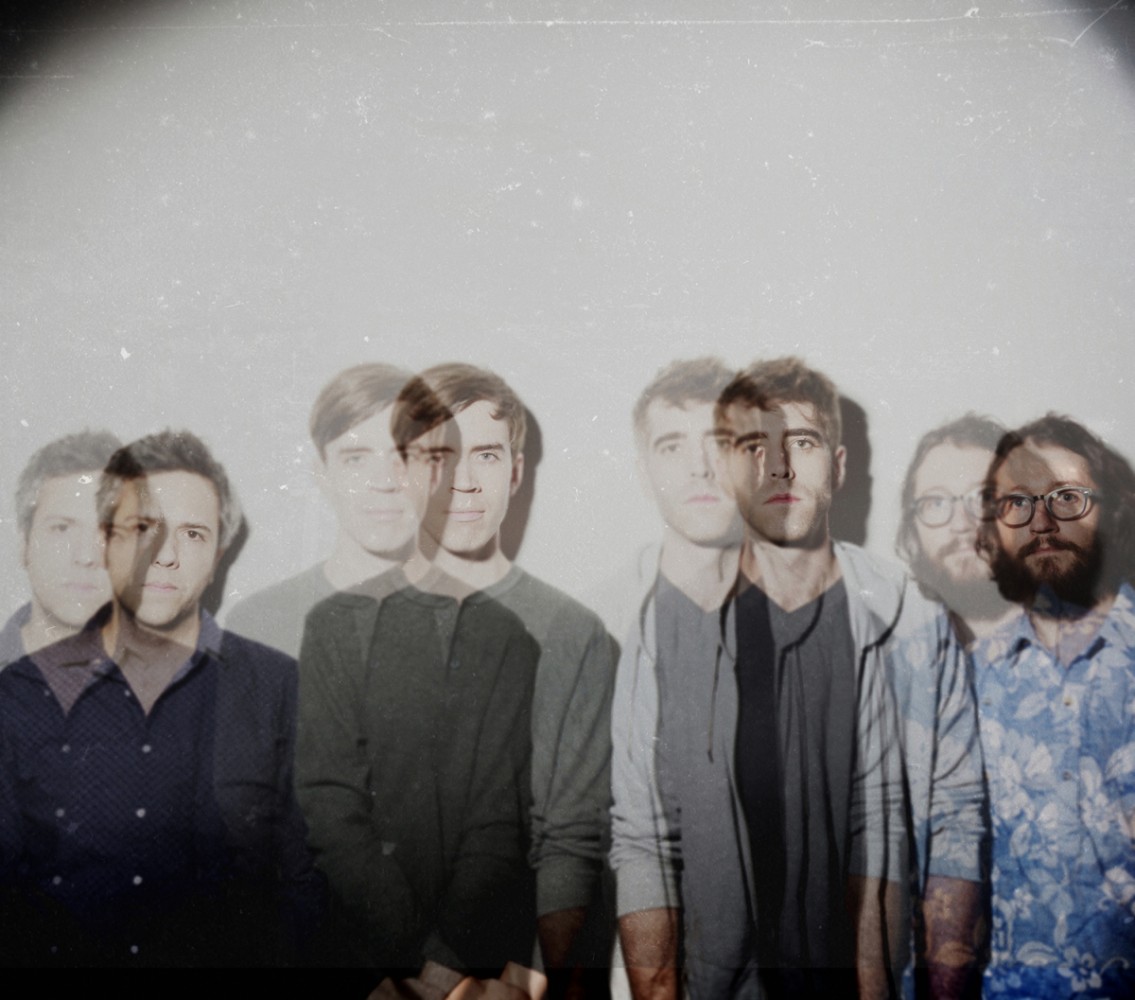